Gonzalo Higuain could be a doubt for Juventus’ Champions League last 16 second leg fixture against Tottenham after the Argentine striker limped off in his side’s victory over Torino.

Higuain scored both of his side’s goals in the 2-2 first leg draw on Tuesday but he now may be unable to play at Wembley in the return fixture next month after hobbling off on Sunday.

The striker failed to make it past the 20 minute mark in the Derby della Mole as he took a blow to his ankle in a challenge with Torino goalkeeper Salvatore Sirigu.

Higuain received treatment on the pitch and tried to continue playing but eventually called it a day and was replaced by Federico Bernardeschi. Television images cut to Higuain looking in a state of despair on the bench and his side will now have an anxious wait to see the extent of the damage.

One positive for Juve was the return of Paulo Dybala. The 24-year-old forward had not played for the Italian giants since January 6 but made a 30-minute cameo and looked sharp.

The last 16 tie with Spurs is finely balanced after Higuain’s brace was cancelled out by goals from Harry Kane and Christian Eriksen in Turin. The second leg is penciled in for March 7. 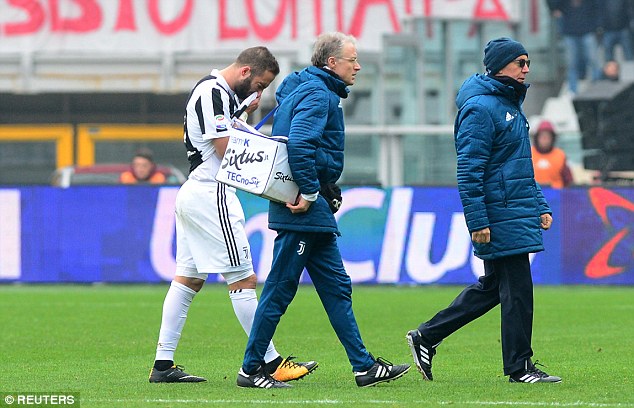 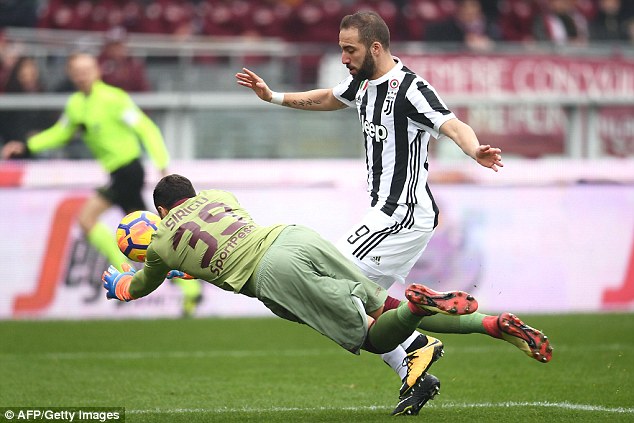 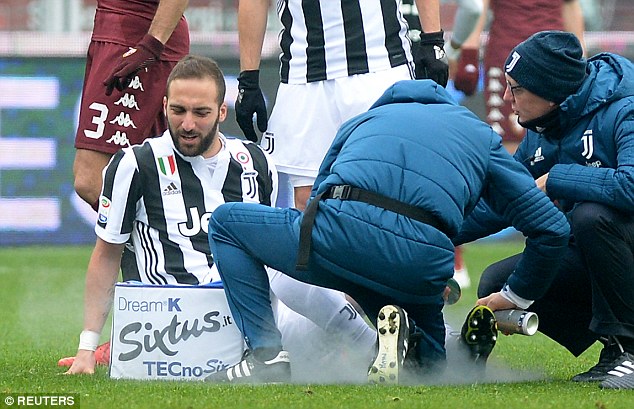 Alex Sandro scored the only goal at the Stadio Olimpico Grande Torino as Massimiliano Allegri’s side heaped more pressure on Napoli in their pursuit of a seventh consecutive Scudetto.

Allegri opted to deploy Federico Bernardeschi in place of Higuain and it paid dividends. The winger produced a sparkling run before sliding the ball across goal for Sandro to finish from a yard out on 33 minutes.