A fashion stylist has offered a glimpse inside one of the new K hub stores after Kmart  converted struggling Target country outlets in a shake-up to the retail industry.

Dani, who blogs under Luxe and Lemonade, shared a TikTok video about her shopping experience after visiting the smaller format store in Bowral, about 90 minutes southwest of Sydney.

She filmed a quick tour of the store, which opened earlier this year, showing the popular aisles such as homeware and décor, clothing and winter accessories. 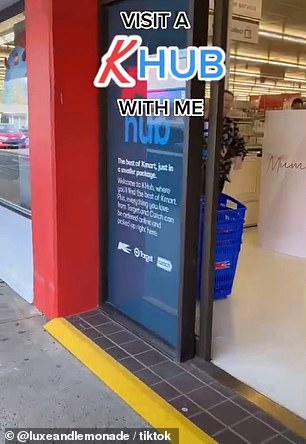 What are K hub stores?

The ‘one stop shop’ K hub stores are rebranded Target Country outlets that stock the most popular homewares, clothing and children lines from Kmart.

Customers can also pick up anything in the stores purchased from Target online or anything bought online from the Catch Group.

The collections are designed for a ‘smaller neighbourhood store, with bigger convenience in mind’ and is described as ‘the best of Kmart, just in a smaller package’.

‘I was really impressed with the selection they had. There were lots of pieces from the autumn/winter collection. The homewares wasn’t too badly stocked either.’

Her video has since been viewed more than 59,000 times, with many describing the new K hub stores as ‘boujee’, ‘well stocked’ and offering shoppers ‘a nice, calm environment’.

‘I went to a K hub store near my home and I bought a beautiful hanging plant for only $9. I can’t even find one in a normal Kmart. K hubs are really good,’ one wrote.

‘We’re giving our hub stores a ‘light touch’ makeover for now, so that we don’t inconvenience communities with long store closures,’ the retailer said on its website.

‘Our priority is getting these stores up and running so our customers have easy access to the everyday items they need, at the time they need the most. But keep an eye out; we have big plans to evolve the look and feel of these stores over time.’ 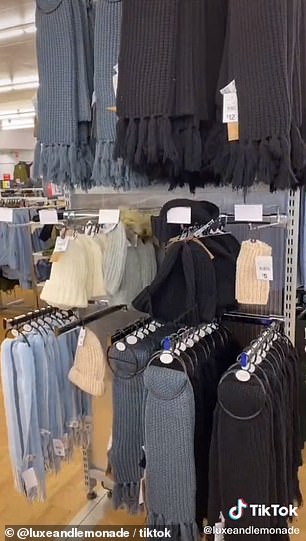 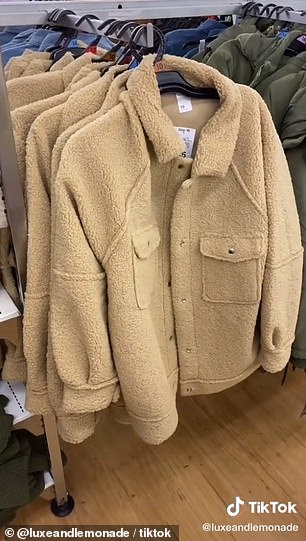 She filmed a quick tour of the store, which opened earlier this year, showing the popular aisles such as homeware and décor, clothing and winter accessories 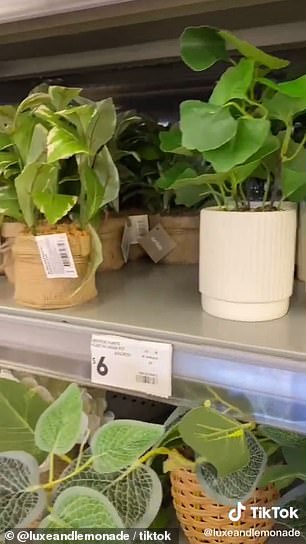 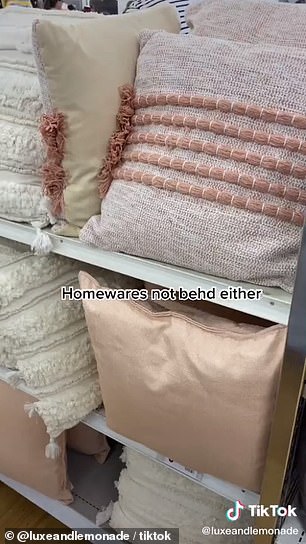 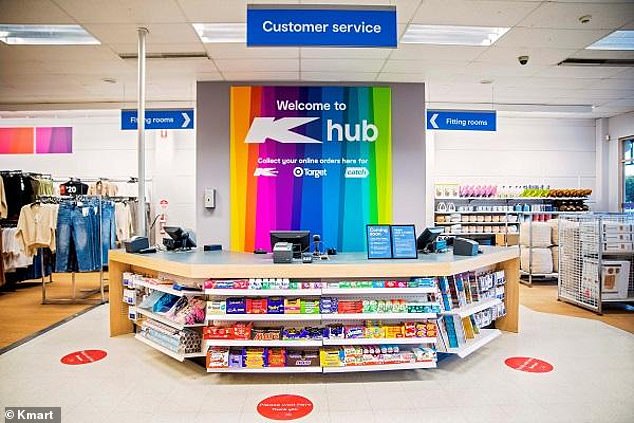 The company said the restructure would reduce Target’s ‘unsustainable’ cost base and allow it focus on the more-profitable Kmart.

An additional 25 regional Target Country stores have since been converted into small Kmarts, while up to 40 large stores have turned into big Kmarts.