‘It seems a bit unreal for me and my family’: Kai Havertz says it’s a ‘dream’ to play for Chelsea but £89m summer signing insists he won’t put pressure on himself after his big-money move

Kai Havertz admits his £89million move to Chelsea still feels surreal – but the Germany star has vowed not to be weighed down by pressure or expectation at Stamford Bridge.

The 21-year-old became the joint-most expensive player signed by a British club when he arrived from Bayer Leverkusen earlier this month.

‘Of course I watched the Premier League as a kid, very often with my family and with my parents,’ he said. 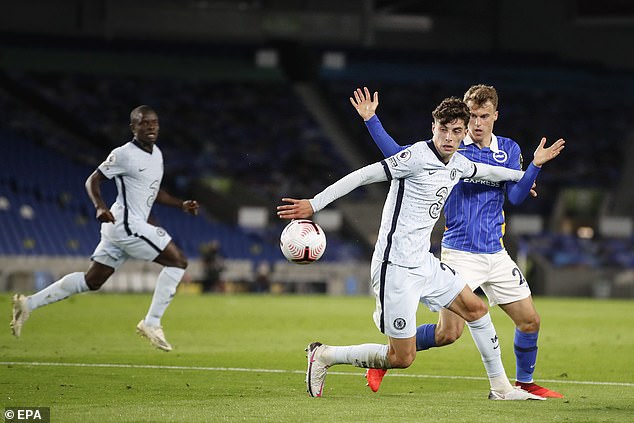 ‘Now it seems a bit unreal for me and my family that I am sitting here for a club like Chelsea… I was dreaming as a kid to play in the Premier League and for Chelsea as well, a very big club and one of the best in the world.’

The move puts him alongside Paul Pogba, who also cost Manchester United £89m when he re-signed from Juventus in 2016.

The Frenchman has since faced unrelenting scrutiny but Havertz is relaxed about justifying his fee.

‘Of course it’s a big price tag but I think in football today it is normal to pay these prices,’ he said. 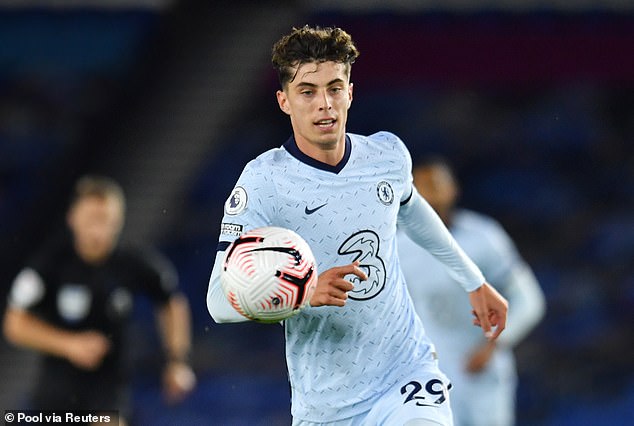 ‘I will not put a lot of pressure on myself because I think I am doing not the best or the worst because the price tag is that high. I am trying to focus on football and trying to play my best football here in Chelsea and not put pressure on myself. I’m just playing football, I love to play football. That’s why I’m here.’

He added: ‘It took very long, but now I am here I am very happy to be here and I think I have settled in very well.’

Havertz made his debut in Chelsea’s win over Brighton this week, featuring alongside compatriot and fellow new boy Timo Werner. The pair are friends and have played together for Germany.

‘I am very excited to play with him together – he is a big friend of mine and of course when you have a friend in your team it is always easier to play,’ he said. 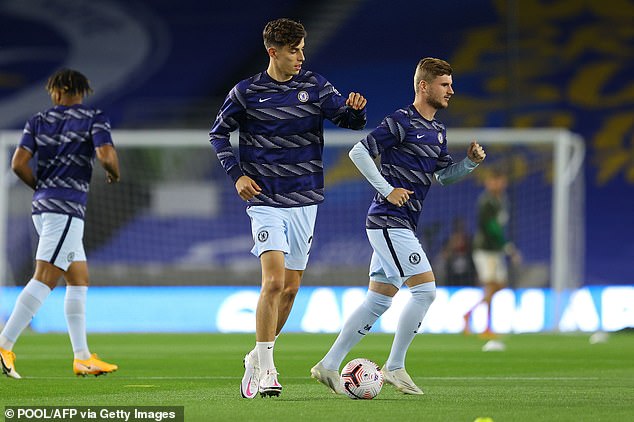 ‘It is a big step to come to another country, culture and language. It is very different than before and that takes some weeks to adapt to, but I am looking forward to it. I am very happy that Timo is here as well… I think we will have a good German connection in the team now.’

Havertz played across midfield and the forward line for Leverkusen and is now excited to learn from Frank Lampard, himself a prolific scorer from deep.

The 21-year-old feels he is best as a No 10 but wants to remain versatile after sealing the ‘perfect’ next step in his career, which continues against Liverpool on Sunday.

‘Obviously I need a little time to adapt to the league. It’s very different to Germany but I’m looking forward to it and I think on Sunday it will be the first improvement for me.’