Kai Nazir, 20, pictured, knifed a good Samaritan 12 times in the back and chest who tried to stop him from attacking a man who had beaten at pool.

A man faces life behind bars for the murder of a man he stabbed to death after losing a game of pool.

Chris West, 30, was knifed 12 times in the back and chest in a frenzied attack as he tried to stop 19-year-old Kai Nazir assaulting his friend at a Halloween party.

His friends and paramedics tried to save him but he died from a fatal stab wound to the heart at the scene in Cambridge on October 28 last year.

The jury heard how he was at the Monkfield Arms in the Cambourne area of Cambridge when he was challenged to a game of pool by Daniel Berryman, who he did not know.

When Nazir lost, he stabbed Mr Berryman, who is in his 20s, to the chest before being was confronted and restrained by the victim’s friends.

He managed to escape but used the flick knife to stab Mr West to death in the pub car park.

Opening the case at Cambridge Crown Court, Angela Rafferty QC said: ‘Mr West had not intended to go out that night, he was with his wife and some friends, drinking and having a good night.

‘Mr Nazir was not having a successful evening and it seems becoming increasingly agitated. 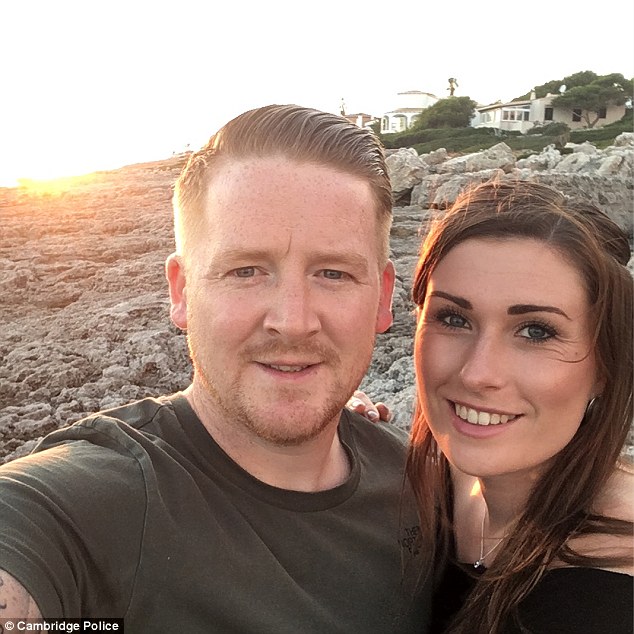 ‘There was no provocation of any kind for this attack and it took time for Mr Berryman and others to realise what had happened because it had been such a good atmosphere.’

Witnesses at the pub described Mr Berryman as becoming white and getting paler’ and ‘white faced and shocked.’

Miss Rafferty continued: ‘The barmaid thought it was fake blood because of the Halloween party, but it was real.’

Nazir and Mr Berryman were taken to hospital for treatment and while the killer was released shortly afterwards, Mr Berryman underwent surgery and spent several weeks in hospital.

The court heard how there was no sign of trouble at the party, which was being held at the Monkfield Arms in Cambridge, as shown on Snapchat footage taken by Mr West’s wife Rebecca, who was also at the scene.

However, the court heard that after seeing his friend injured, Mr West approached the defendant to find out what had happened. 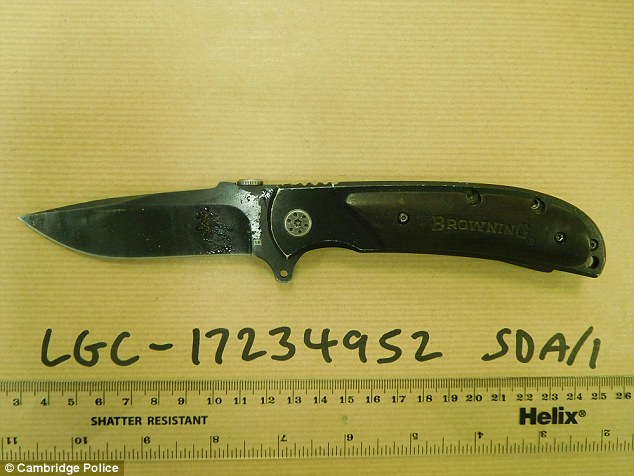 Miss Rafferty said: ‘Mr West grabbed the defendant around the throat and pinned him to the pool table.

‘He accused Nazir of stabbing Dan.

‘A witness saw Nazir’s hand go into a pocket and then he grappled with Mr West.’

Mr West was seen with his hands up as if defending himself. He then fell to the floor, face down before another witness described seeing Nazir stab Mr West repeatedly in the side.

DNA from Mr West and Nazir were later found on the knife, the court heard.

The jury heard how while Nazir was being questioned by detectives, he told officers: ‘It sounds bad but I hope I can pin this on my mental illness.’

Nazir was however not found to have any ‘abnormality of mind’ which would diminish his responsibility.

Nazir, of Cambridge, will be sentenced on September 10 by Judge David Farrell who told him: ‘I have to and will impose a sentence of life.’

Speaking after the guilty verdict, Detective Inspector Lucy Thomson, from the Beds, Cambs and Herts Major Crime Unit, said: ‘Speaking to the family and friends of Mr West and reading their statements has been truly heart-breaking.

‘A man in the prime of his life has been suddenly, and viciously, taken from them because of Nazir’s actions. I know their lives will never be the same again.

‘This case once again demonstrates the dangers of carrying a knife and the tragic consequences of doing so.

‘I would urge anyone who knows someone that carries a knife to report it. You could save a life.’

Anyone who knows someone who carries a knife can report this by calling 101 or Crimestoppers, anonymously, on 0800 55511.