By Sharon Mai For Dailymail.Com

Kaia Gerber likes green juice and getting caught in the rain.

The daughter of Cindy Crawford and Rande Gerber braved the weather as she grabbed a healthy beverage in the Los Feliz area of Los Angeles on Friday morning.

Just yesterday, the model, 21, was spotted out on a dog walk and juice run with a male friend.

Gerber wore a white fleece jacket and a pair of black leggings for her outing.

She sported a pair of Nike sneakers and white socks over her athletic wear.

She covered her face fully with a black mask and a pair of sunglasses. On her shoulder, she carried a green purse that matched her drink. 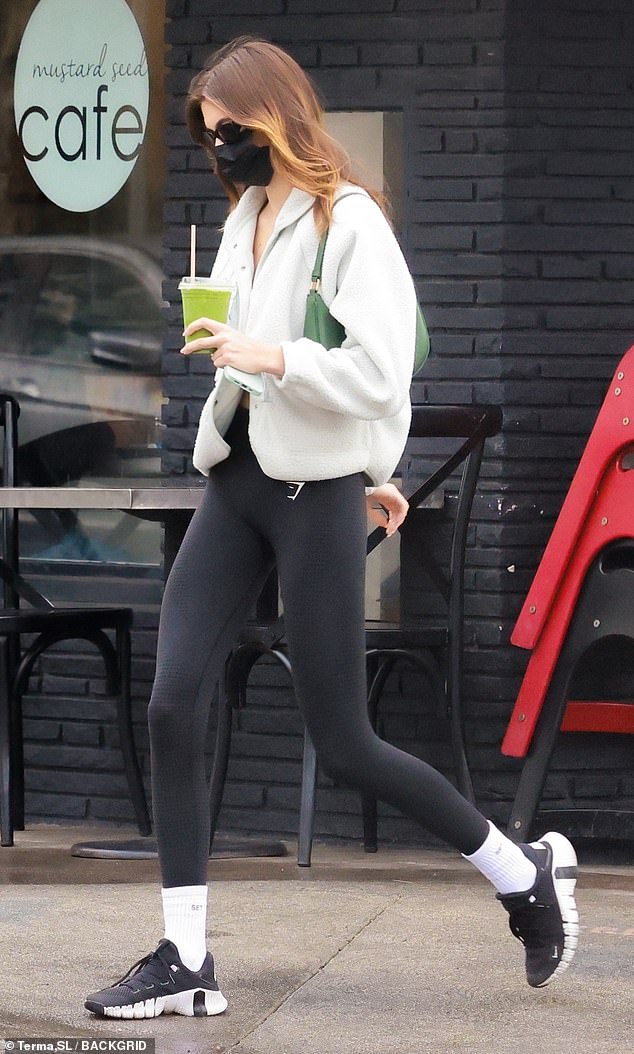 Bundle up: The model wore a white fleece jacket and leggings as she braved the rain

Gerber wore her hair down in natural waves and parted down the middle.

Recently, the star – who has been dating Austin Butler since late last year – has been keeping busy and released a campaign with Alexander McQueen last week.

The video advertised The Slash bag from the luxury brand and was obviously inspired by Blade Runner.

Busy schedule: The model recently did an Alexander McQueen campaign for The Slash bag

Gerber will be starring in a queer high school sex comedy titled Bottoms alongside Rachel Sennott – who also co-wrote the screenplay with Emma Seligman.

No official release date for the premiere has been released yet, but fans can anticipate the American Pie-inspired film sometime in 2023.

Funnily enough, the model will also be returning to the small screen with a recurring supporting role in the upcoming star-studded comedy, aptly titled Mrs. American Pie. 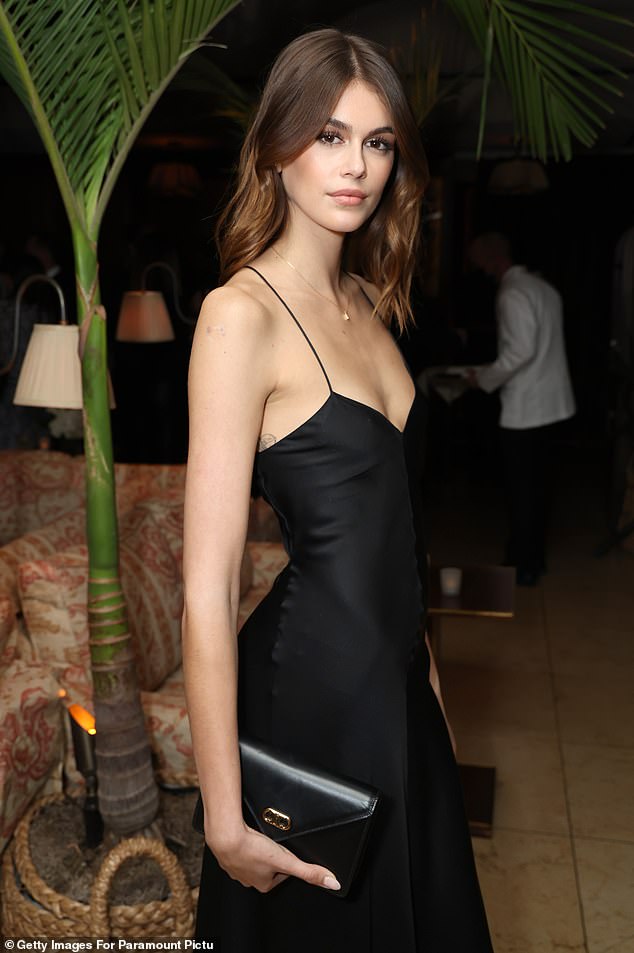 Promising actress: The model will also be returning to the small screen with a recurring supporting role in the upcoming star-studded comedy Mrs. American Pie

The miniseries by Apple TV+ started shooting of May this year and stars the likes of Kristen Wiig, Laura Dern, Allison Janey, Leslie Bibb, Ricky Martin, and Carol Burnett.

In the period comedy, Gerber will be playing a manicurist named Mitzi in the show based on the novel Mr. & Mrs. American Pie by Juliet McDaniel.

Previously, the promising actress appeared in Sister Cities and The Last Day of Summer.