By Milly Veitch For Mailonline

Kaia Gerber stunned in red as a very pregnant Adriana Lima led her fellow Victoria’s Secret Angels on the red carpet for the premiere of Elvis at Cannes Film Festival on Wednesday.

The supermodel, 40, showed off her blossoming baby bump in a daring cut out gown which put her ample assets on full display.

The mustard dress boasted a draped skirt and cape and was encrusted in jewels and intricate beading that wrapped around her growing bump and her neck.

She wore her raven locks styled poker straight and matched the sparkle in her gown to her makeup, by opting for a glittery eyeshadow look.

She posed alongside her boyfriend Andre Lemmers who cut a suave figure in a black suit, white shirt and black bow tie.

Izabel Goulart arrived looking majestic in a black fitted mermaid gown, that flared out at the knees and featured a unique silver detailed neckline.

The dress plunged down, ensuring that her ample cleavage was on full display, while the model paired it with matching black gloves for added elegance.

Daring: The supermodel, 40, showed off her blossoming baby bump in a daring cut out gown which put her ample assets on full display 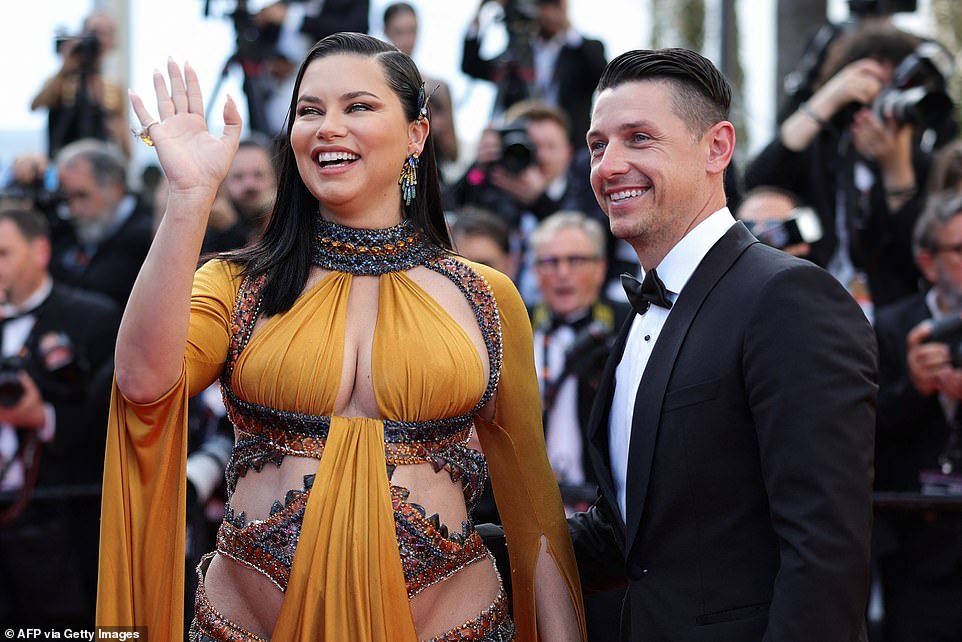 Handsome: She posed alongside her boyfriend Andre Lemmers who cut a suave figure in a black suit, white shirt and black bow tie 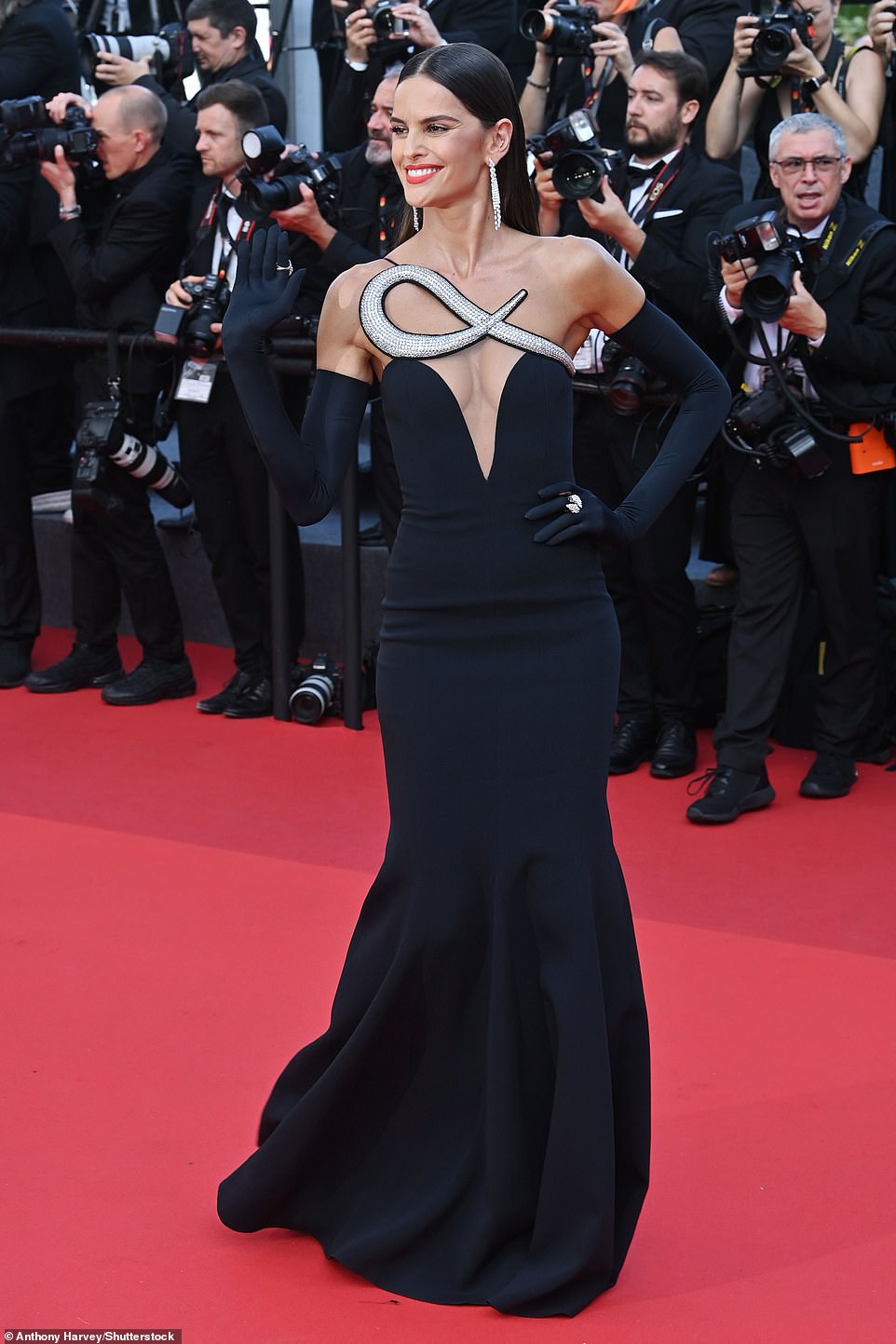 Dazzling: The dress plunged down, ensuring that her ample cleavage was on full display, while the model paired it with matching black gloves for added elegance 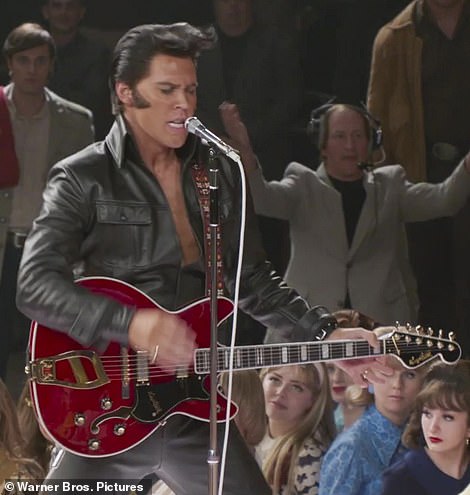 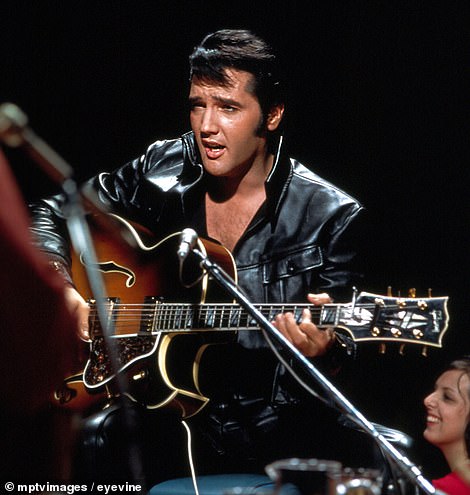 There’s a lot of excitement around the Elvis Presley biopic from Australia’s Baz Luhrmann, who is hoping to recreate the buzz he generated when he brought the can-can to Cannes with Moulin Rouge! 20 years ago.

The film chronicles the life and career of Elvis from his early days as a child growing up in Mississippi to his ascent as a rock and roll icon and movie star, along with his complex relationship with his manager.

Luhrmann served as the film’s director and co-screenwriter, along with Sam Bromell, Craig Pearce and Jeremy Donner, from a story he conceived with Donner. 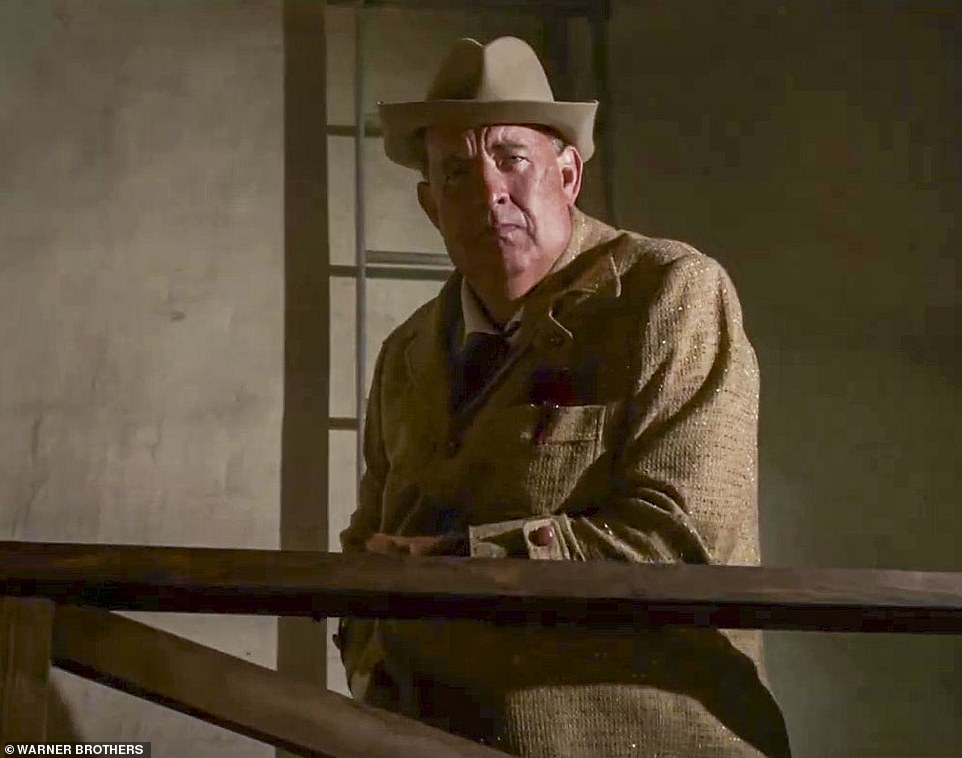 Star: Watching from the wings is Colonel Tom Parker – played by Tom Hanks – whom Elvis signed a contract with in January 1955 and he went on to manage him for over two decades

Elvis – who sold over 1B records – received the Presidential Medal of Freedom in 2018 and he’s been inducted into multiple music halls of fame.

Elvis died, age 42, in 1977 from cardiac arrhythmia due to a toxic reaction to codeine.

Austin recently noted that he ‘lost touch’ with his own personality while playing the eponymous character.

He told GQ Magazine: ‘You can lose touch with who you actually are, and I definitely had that when I finished Elvis – not knowing who I was.’

As well as the mental impact of playing Elvis, Austin also revealed he was bedridden for a week after falling unwell one day after wrapping up the filming in March 2021.

Austin said he was diagnosed with a virus that simulates appendicitis and said it was like his body shut down straight after filming.

He said: ‘I woke up at four in the morning with excruciating pain, and I was rushed to hospital.’ 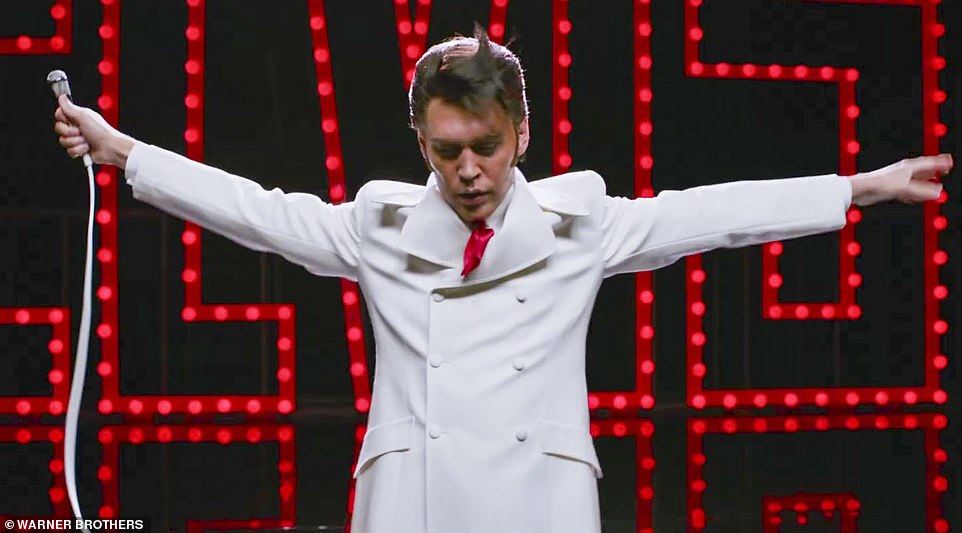 Much-anticipated: On Monday, Warner Bros. Pictures unveiled the second trailer for Elvis – which will hit theatres on June 24