The stunning supermodel kept her look stylishly casual for her brief outing, donning a cropped top along with a fashionable vest.

The 20-year-old has been busy with her schedule, recently appearing in ads for Celine and Marc Jacobs fragrances, while preparing for her on-screen role in the upcoming Apple series, Mrs. American Pie.

Afternoon outing: Kaia Gerber, 20, was spotted leaving a studio in Los Angeles on Friday wearing shorts and a cropped top

The five-foot-ten beauty kept her look comfortable as she stepped out into the sweltering summer heat.

She also wore a forest green cropped top, showing off her toned midriff as well as a pair of dark blue shorts instead of warm pants.

The Vogue model completed her outfit by throwing on a black, sleeveless vest with large pockets on the front.

Kaia slipped into a pair of black sneakers along with white socks that were pulled up past her ankles. 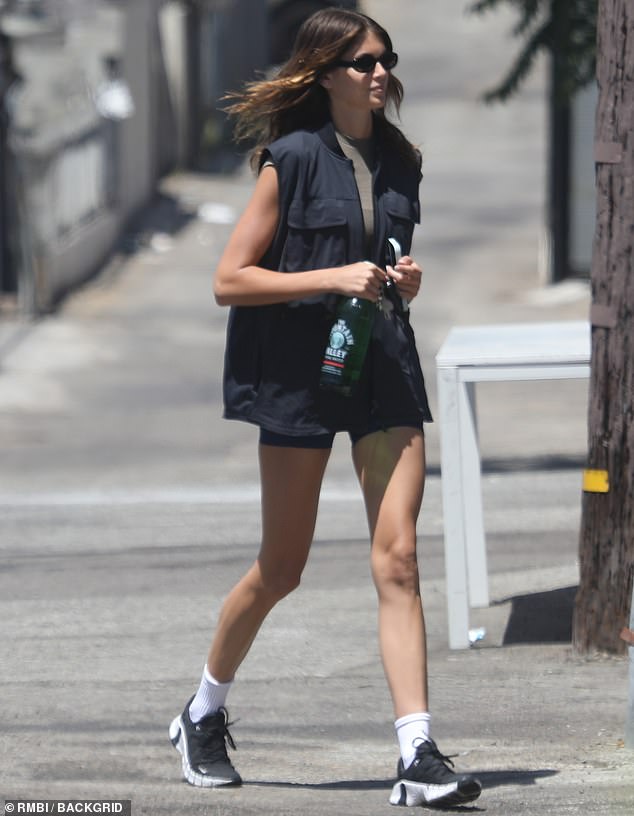 Summer style: The model kept her ensemble simple and cool as she walked under the hot sun

Cindy Crawford’s daughter kept her accessories minimalistic for her outfit, and opted to wear only a pair of black, oval-shaped shades to protect her eyes from the bright sun.

To make sure she stayed hydrated, Kaia carried a green water bottle in her hand, while holding her phone and keys in the other.

Her brunette hair was parted in the middle, and she allowed her locks to naturally fall down straight past her shoulders. 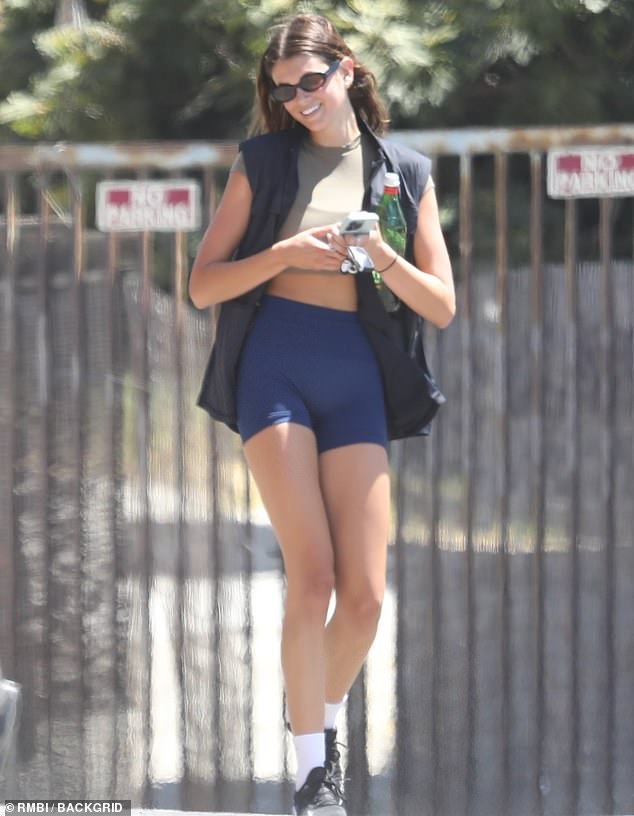 A quick smile: The Vogue beauty was seen flashing a quick smile as she headed out of the studio 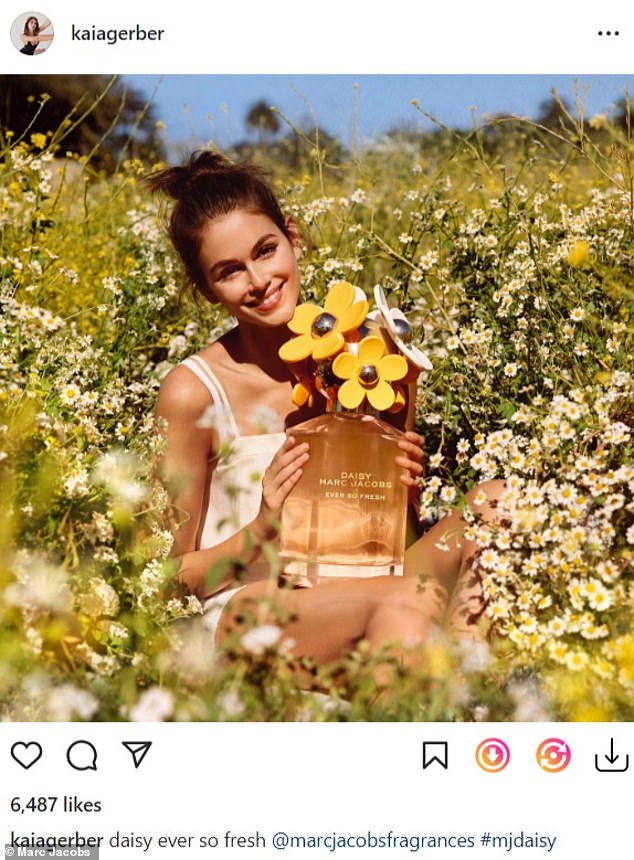 Hard at work: Kaia has been busy with new projects, such as collaborating in recent campaigns for brands such as Marc Jacobs and Celine

During a joint interview with her supermodel mother, Cindy, the two opened up to Vogue about the modeling industry amid a panel at Vogue’s Forces of Fashion conference.

Kaia explained that growing up with her mother helped educate her about what to expect when she started out.

‘So for me, it wasn’t a foreign world to go into. I definitely felt like I understood it. I knew what I was kind of getting into,’ she stated.

The two also discussed the changes in the industry for models over the years, especially with the prominence of social media. 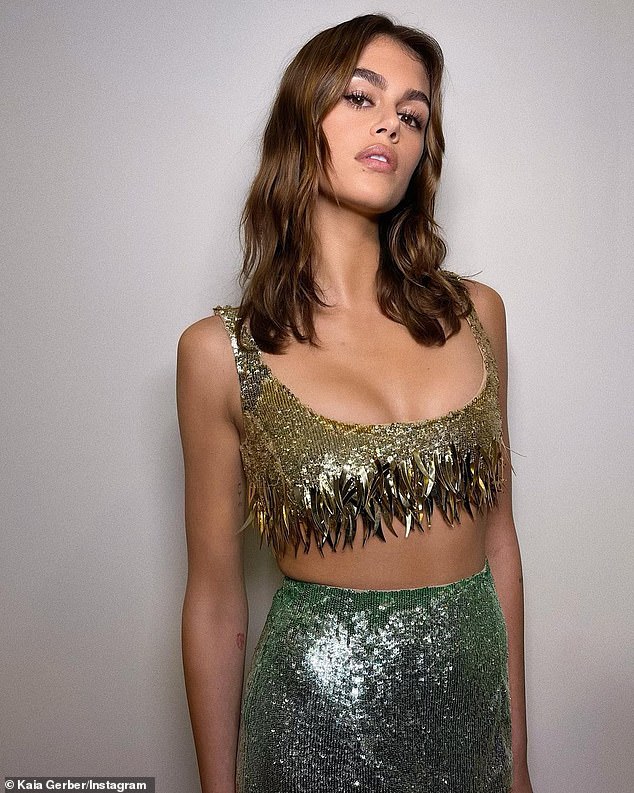 Taking after her mother: Kaia has followed in her mother, supermodel Cindy Crawford’s, footsteps and has also stepped into the modeling industry 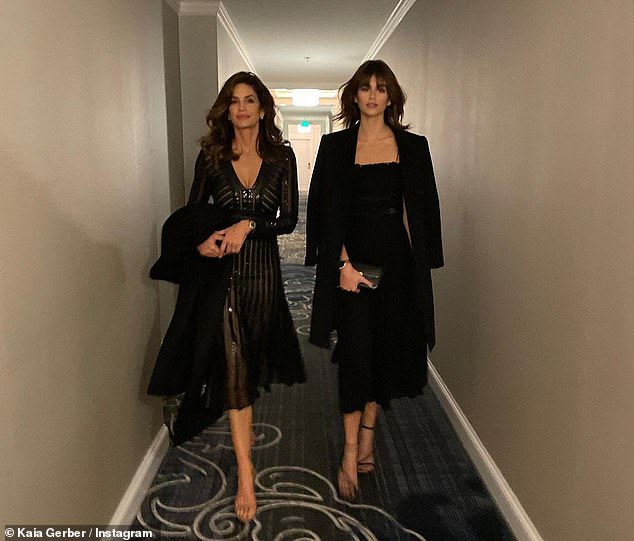 Mother daughter duo: The young star will often show photos of herself with her mother, showing that they have a close relationship

‘I think it’s benefited models and the industry as a whole in a lot of ways’ Kaia explained. ‘I feel like we’ve become a lot more accessible.’

The beauty added that in her mother’s days of modeling, people usually only were able to see models from the work they did.

‘Now, as models, you see us from the second we wake up until we go to sleep, and you’re not just seeing us all done up.’

Along with collaborating with numerous brands such as her recent Celine campaign, Kaia has also jumped over to acting, and will star with a recurring role in the Apple series, Mrs. American Pie.

The talented star jumped to her Instagram to announce the news to her 8.3 million followers in a post, stating that she was, ‘humbled to get to work alongside some of my heroes.’ 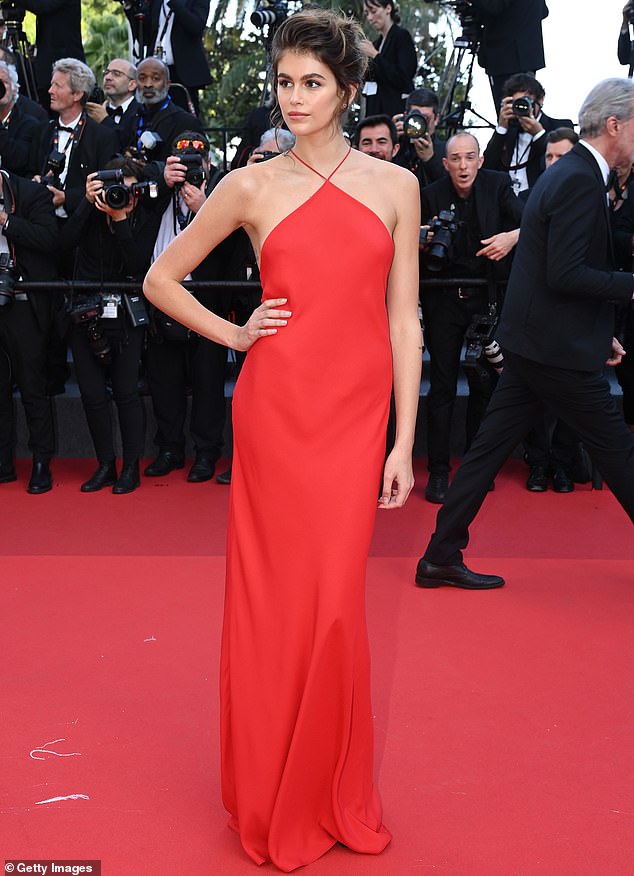 Supportive: Kaia attended the Elvis screening during the 2022 Cannes Film Festival to show her support for her boyfriend, Austin Butler, who played the iconic singer; pictured in May 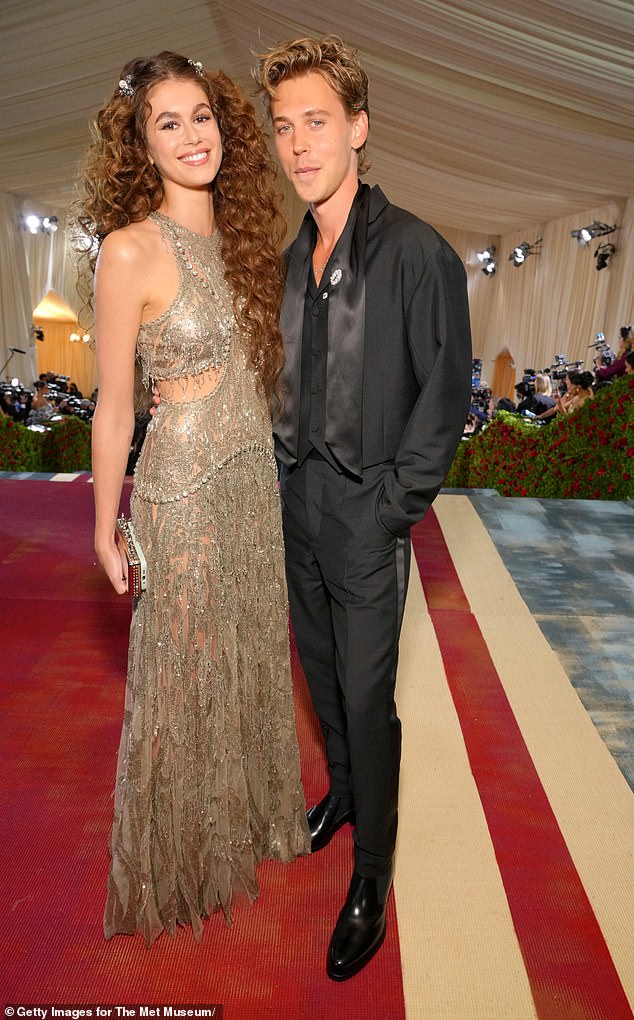 Happy couple: The two stars were all smiles when they attended the MET Gala earlier this year in May