A 23-year-old woman who was allegedly groped by a man who asked to be called ‘daddy’ at an Australian mining meeting has published her ordeal on the front page of a local paper.

Kalgoorlie Miner Deputy Editor Amber Lilley alleges she was groped and sexually propositioned by a man at an event in a crowded bar after the Diggers and Dealers Mining Forum held in Kalgoorlie, Western Australia, last week.

Ms Lilley published the allegations on Tuesday on the front page of the newspaper, which is owned by The West Australian, writing that she felt ‘vulnerable, shocked and disgusted’.

‘A man in mining told me he had a ‘rager’ over me because I was wearing R.M. Williams boots, and made an inappropriate gesture,’ Ms Lilley wrote.

‘He then proceeded to tell me to ‘call him daddy’ before groping me as I walked away through the crowd, and he followed.

‘I was shocked and disgusted and felt vulnerable that this could happen in a room full of people, many of whom I knew or knew of.

A complaint against the man has been lodged with the man’s company and West Australian police.

The 23-year-old noted she experienced the ‘utmost professionalism’ at the conference but noted misogynistic conduct ran rampant at after-hours events across the week. 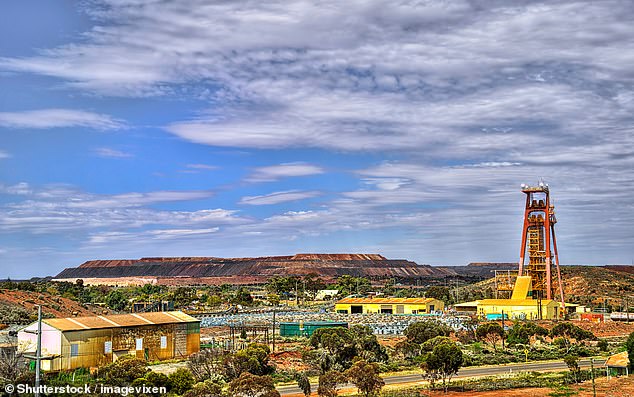 Ms Lilley explained men would use the phrase ‘off the record’ before making derogatory comments directed towards her and other women.

‘Those comments included how great I looked in my outfit, how maybe I could do skimpy bar work, how grateful women should be for their current standing in the industry, and how there aren’t many female industry leaders,’ Ms Lilley wrote.

The young journalist called for an industry-wide reform, claiming it would take a ‘relentless’ effort to dig out a deeply embedded culture of misogyny in the mining sector.

It comes after a state-run inquiry into sexual misconduct against women in the FIFO (fly in fly out) mining industry revealed a culture of sexual assault and harassment.

The inquiry received almost 100 submissions and examined some of the state’s biggest miners as well as government regulators.

It heard Rio Tinto had sacked at least 12 people in the last 12 months for sexual harassment or assault while BHP fired 48 workers for inappropriate conduct over a two-year period. 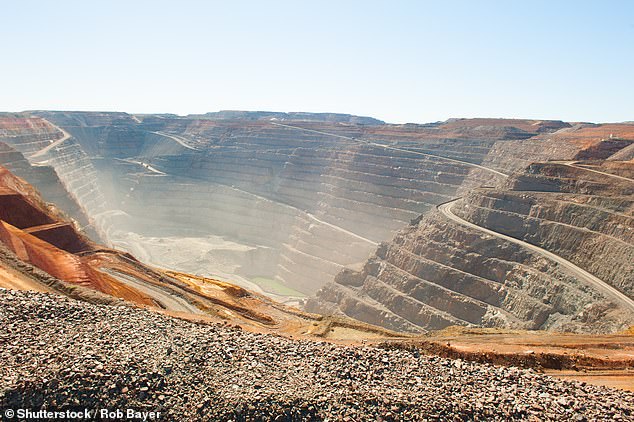 The 23-year-old woman called for an industry-wide reform claiming it would take a ‘relentless’ effort to dig out a deeply embedded culture of misogyny in the mining sector (stock image, aerial view of Super Pit goldmine in Kalgoorlie)

The inquiry’s chair and Deputy Leader of the WA Liberal Party Ms Elizabeth Mettam told parliament 24 recommendations to protect female workers were given in the report titled ‘Enough is Enough’.

‘I was shocked and appalled well beyond expectation by the size and depth of the problem,’ Ms Mettam wrote.

‘This represents a failure of the industry to protect its workers and raises real questions about why government was not better across this safety issue.

‘The only effective way to address this abhorrent behaviour is to bring it to the surface, to talk about it, point it out, expose it, rail against it, prosecute it and punish it.’

Included in the report are stories of several women, including one who was ‘knocked unconscious in her donga and awoke to find her jeans and underpants around her ankles’.

Another woman, who had a near-miss incident with a haul truck she was driving, was told she would have to have sex with her supervisor if she wanted the safety investigation to ‘go away’.

The same woman was told she would have to ‘get on her knees’ if she wanted to get ‘her shirt’ – a term used to describe a permanent job with a mining company.

A state-run inquiry into sexual misconduct against women in the mining industry revealed a culture of sexual assault and harassment. The report, titled ‘Enough is Enough’ said the mining sector failed to protect its workers (pictured, Western Australia school of Mines)

The Chamber of Minerals and Energy of Western Australia on May 23 announced an industry-wide edict that limited workers to four alcoholic beverages and zero shots a day on accommodation sites in a bid to stamp out sexual harassment.

CME policy and advocacy director Rob Carruthers said the guideline reflected the sector’s commitment to making work ‘as safe as possible at all times’.

‘It’s also very important that there is industry-wide guidance that can be used at any operation, driving healthy behaviours that encourage a culture of moderation,’ Mr Carruthers said.