CHRIS SUTTON: Napoli’s Kalidou Koulibaly has all the attributes to succeed at Manchester City after winning battle with Mohamed Salah

What a battle we witnessed between Kalidou Koulibaly and Mohamed Salah.

The Napoli defender will not have forgotten how Salah danced round him to score in Liverpool’s 1-0 win at Anfield last season.

That saw Jurgen Klopp’s side qualify for the knockout stage, while the Italians finished third in the group.

Up against Salah again, Koulibaly will have wanted to prove a point.

I wonder if Manchester City’s scouts were watching him, too, given their predicament at the back.

The Senegal star has long been linked with a move to the Premier League. He’s 28 now and a supremely athletic, powerful player.

Of course he’d cost a pretty penny, but he has all the attributes that a manager such as Pep Guardiola would want in a central defender.

Koulibaly showed last night that he is a leader in this Napoli defence, just as Virgil van Dijk is for Liverpool. 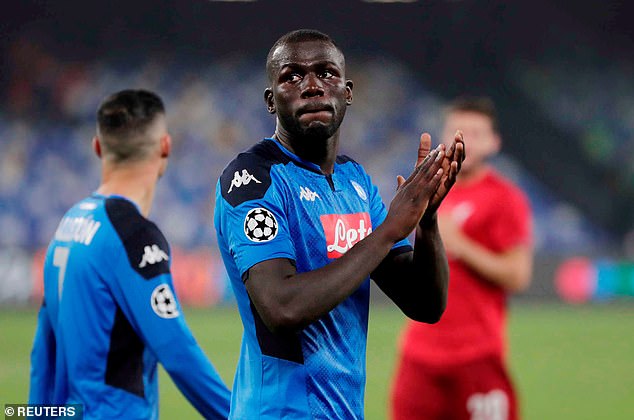