Kane, Fernandes and De Bruyne are PFA Player of the Year contenders – but who deserves to win it?

Premier League players have their eyes fixed on their team’s season objectives as the run-in approaches, but some may be casting a glance at the individual prizes up for grabs soon.

The shortlist for the PFA Player of the Year award is normally announced towards the end of April, putting the spotlight on some of England’s top-flight stand out players since the season began in September.

Last year saw Manchester City’s Kevin De Bruyne pick up the prize along with the Premier League’s Player of the Season Award after scoring 13 goals and registering 20 assists as Pep Guardiola’s side finished second.

The PFA Player of the Year Award, held by Kevin De Bruyne, is preparing this year’s shortlist

With City closing in on a fifth Premier League title this term, De Bruyne and some of his Manchester City team-mates are set to feature heavily on the shortlist. But who else is in line to compete for the biggest individual prize in English football?

When experts analyse this year’s Premier League title race and where the top-flight was won and lost – many fingers will point towards Ilkay Gundogan’s influence at Manchester City.

The German midfielder has had the best goalscoring season of his career with 12 Premier League goals to his name so far, with the vast majority of those coming in a manic winter period that saw City create a 14-point lead at the top. 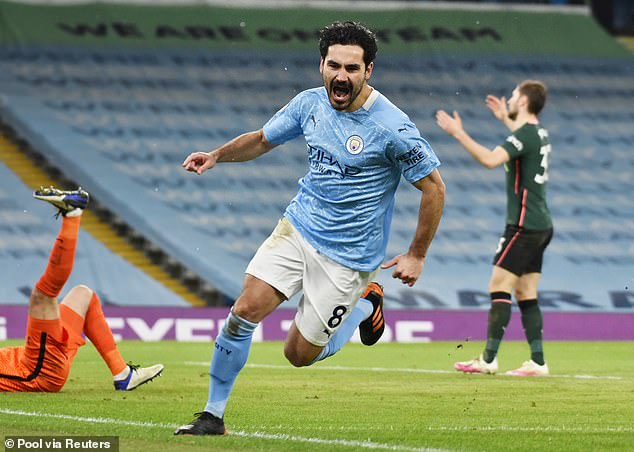 Eleven of those strikes came in a 12-match spell between the middle of December and the middle of February and the German was key in City’s 14-match winning run that has sent them on their way to the title.

The 30-year-old has also shown his versatility in regularly performing well in a central striker role, or a false nine position, under Guardiola.

Gundogan has ultimately been at the heart of City’s unpredictability in the final third that has created chaos and dilemmas across Premier League defences. But will his contributions be recognised?

Tottenham’s season may be flailing under Jose Mourinho but star striker Harry Kane is arguably having his best all-round season in a Spurs shirt.

Kane is currently top of the Premier League Golden Boot race on 21 goals but the England captain also leads the assists charts for the current season with 13 to his name so far. 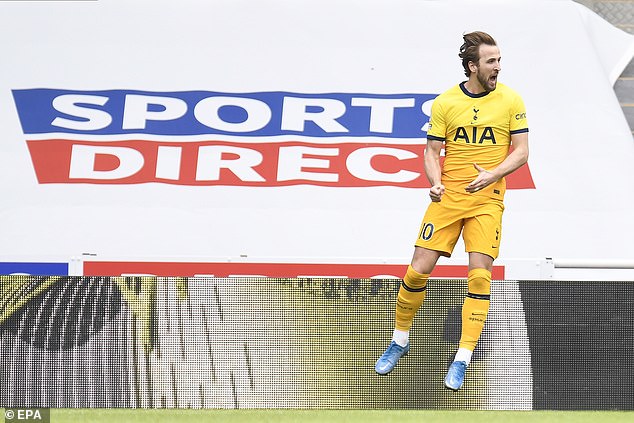 Overall, no Premier League player has been directly involved in as many goals than the 27-year-old, who is on 34 for the season.

The striker’s selfless desire to come deep and bring other attacking stars into the game is a likeable quality, while his partnership with Son Heung-Min has been one of the most deadly this term, breaking Premier League records in the process.

With speculation about his future consistently mounting given Spurs’ struggles to break into the European places and a daunting task against Manchester City in the Carabao Cup final coming up, the PFA Player of the Year award could be Kane’s best chance to end the season with some silverware and on a high.

Just behind Kane on the goal contributions tally is Manchester United’s Bruno Fernandes, who has shown the best consistency rates out of any of the Premier League’s attacking midfielders this term.

The Portuguese international has been a regular on the scoresheet across the season and has often come to the Red Devils’ rescue as they close in on a top-four finish. 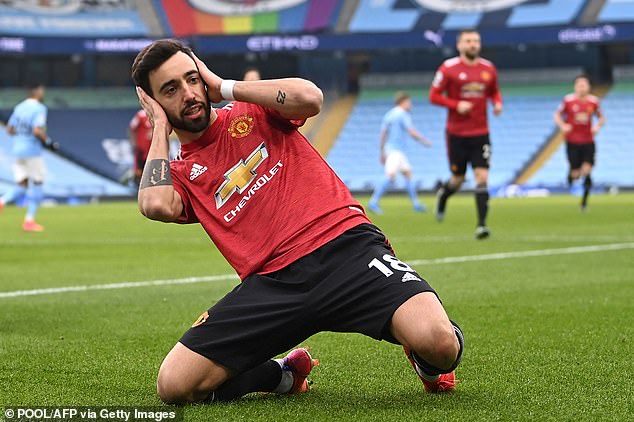 Fernandes either provided a goal or an assist in seven out of United’s first ten league matches, while his five goals in seven matches across February and March has cemented Ole Gunnar Solskjaer’s second-placed spot.

Last year’s PFA award showed that the prize doesn’t necessarily have to go to a player from the Premier League champions. If the same happens again this term, then Fernandes will be one of the front runners for the prize.

There is no doubt as to who the best Premier League defender has been. Manchester City’s signing of Ruben Dias from Benfica has proven to be the signing of the season this term.

The 23-year-old has been revolutionary at the back for Guardiola’s side, creating a solid partnership with John Stones which inspired their title charge, despite long-term injuries to Aymeric Laporte and Nathan Ake in recent months. 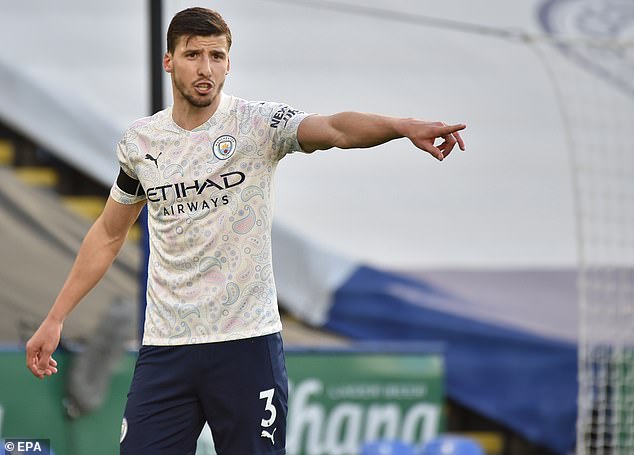 Dias has helped City to clean sheets in half of his 28 Premier League matches to date, with this defensive solidity complimenting City’s all-star attacking line-up.

The Portuguese defender’s performances at the Etihad Stadium have propelled the club to a potential quadruple this season and City look like they’ve finally found their replacement for Vincent Kompany.

Egyptian winger Mohamed Salah lifted the PFA Player of the Year Award after his debut Premier League campaign with Liverpool in 2018 and is looking like a real candidate to lift it again this year.

The 28-year-old has been a shining light in what has been a largely disappointing campaign for Jurgen Klopp’s Reds, who are in a real battle to secure a top-four spot this season, let alone the defence of their Premier League title. 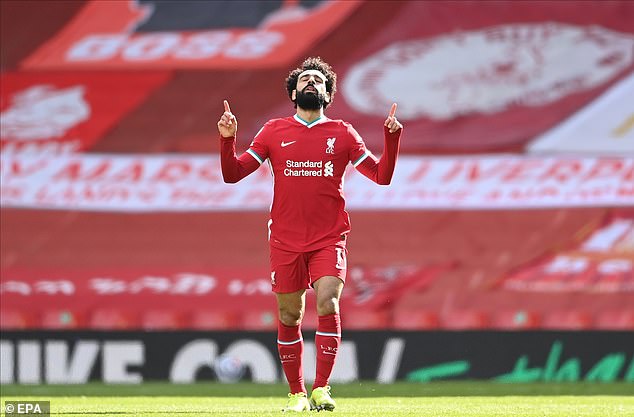 Despite Liverpool’s struggles, Salah is just behind Kane in the Premier League’s goalscoring charts and his frightening pace, power and finishing has made him one of the most eye-catching players on these shores once again this season.

Salah has scored in back-to-back Premier League matches on five occasions so far this season – when he is in the mood there is no defence that can stop him.

The Egyptian has also proven to be a regular big-game player, having scored twice against Manchester City this season and also against London rivals Arsenal, Tottenham and high-flying West Ham.

Let’s not forget the reigning champion.

Belgian midfielder Kevin De Bruyne may not have the same goalscoring numbers as last season but his influence has been equally important in this campaign.

Whether it’s dangerous crosses, defence splitting passes or precise finishing, the Manchester City man has repeatedly shown he can unlock defences in a split second and is still one of the top-flight’s most unique talents. 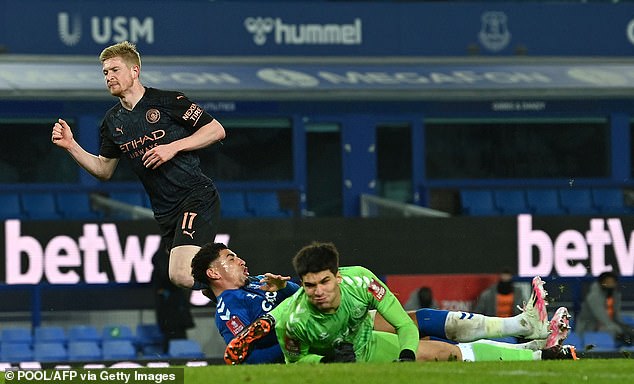 His six goals and 11 assists have been crucial to City’s ascent to the top of the table and his link-up with the likes of Gundogan and Phil Foden have been brilliant to watch.

Like Gundogan, De Bruyne has often asked to act in a central striker role following injuries to Sergio Aguero and Gabriel Jesus but the 29-year-old’s superb football brain means he can operate from anywhere on the pitch.

The stand-out star away from the so-called ‘Big Six’ is undoubtedly Jack Grealish, who has dazzled Premier League fans in Aston Villa’s memorable season in the top-half.

The Villa captain has grown into a crucial player for both club and country this season and his six goals and 12 assists so far not only betters De Bruyne’s league numbers but has caused Villa fans to dream about a European spot. 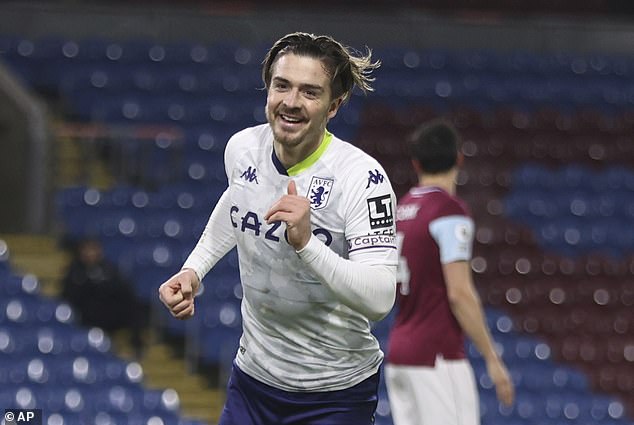 His direct running in his low socks wrapped around his ankles makes him a unique prospect in the final third, while his timing of a pass shows his natural creativity skills in a side that is very much over-achieving this season.

Grealish’s displays have showed he would not look out of place in any of the top sides this term and he could earn a lot of votes in this season’s award.

The young England talent has finally enjoyed a regular run of form in the City first-team and his six Premier League goals and five assists is a brilliant platform to build on for future seasons. 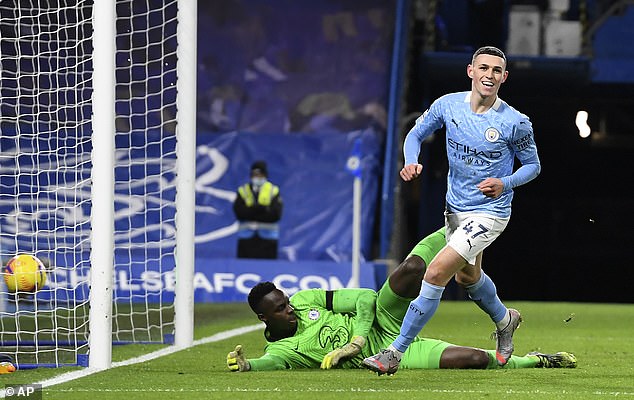 Foden has showed he can play to a high level all over the pitch, whether it be in a midfield role, on either wings or through the middle as a false nine.

Ex-City star David Silva finished as runner-up in the PFA main award in 2012 and was named in three PFA Team of the Seasons, could his replacement Foden be rewarded in a similar way this time around?