Kane will miss Alli if he leaves – 10 Things We Learned

Manchester City thrashed Bournemouth 4-0 on Saturday afternoon to extend their winning run in the top flight to 17 matches.

Arsenal and Liverpool shared the spoils on Friday night in an enthralling encounter, while Tottenham beat Burnley 3-0 to maintain on their top four rivals.

Here, Sportsmail’s Ralph Ellis shares 10 things he learned from the weekend’s action throughout the leagues…

1. If all the talk of Dele Alli moving to Real Madrid or Barcelona ever turns to reality, nobody at Tottenham will miss him more than Harry Kane.

Alli’s assist for one of Kane’s hat-trick goals in the 3-0 win at Burnley was the 13th time he’s supplied the killer pass for the England striker since he arrived from Milton Keynes in 2015.

Only Darren Anderton, who made 20 goals for Teddy Sheringham, has ever created more for a single Spurs player and they were team mates for seven seasons. 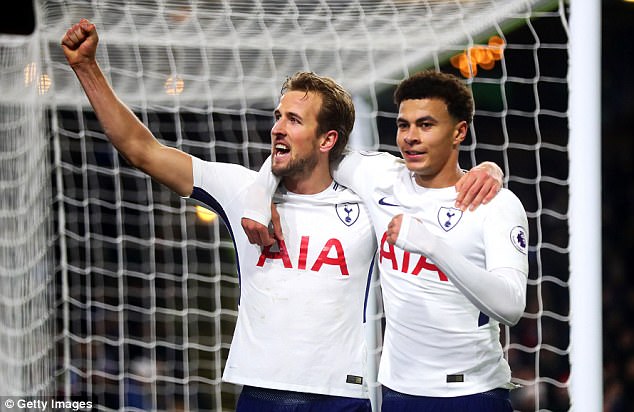 2. If there’s one thing that has made a difference for Raheem Sterling this season it has been his hunger to get into the box and score scruffy goals.

The England winger took his total for the campaign to 12 Premier League goals in the 4-0 win over Bournemouth, as many as he’d got in the previous two seasons combined.

He was near the six-yard line when he converted Sergio Aguero’s clever pass, and only two of his scores this season have come from further than 12 yards out. 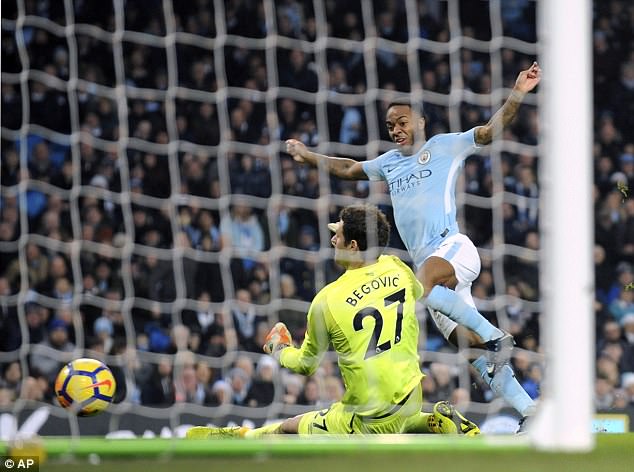 3. Most thought Gareth Southgate was having a look at Tom Ince when he chose to watch Huddersfield play Brighton a few weeks ago, but might it have been Dale Stephens under scrutiny for a left-field World Cup selection? The 28-year-old midfielder has shone since stepping into the top flight under Chris Hughton, and was outstanding again in the 1-0 win over Watford.

So far this season Stephens is the top English player for recoveries (153), interceptions (32) and also has the highest tackle success rate (61.5%) – as well as being sixth for passing accuracy.

4. Phil Jagielka still has something to offer Everton after a season in which it’s seemed at times he was being pushed into the shadows.

The 35-year-old, who was barely used by Ronald Koeman and then lost his place under David Unsworth, started his first game for Sam Allardyce in the 0-0 draw with Chelsea.

His two brilliant goal line blocks were only half the story – he also made 14 clearances and won the ball back 10 times, in both cases the most of any Everton player. 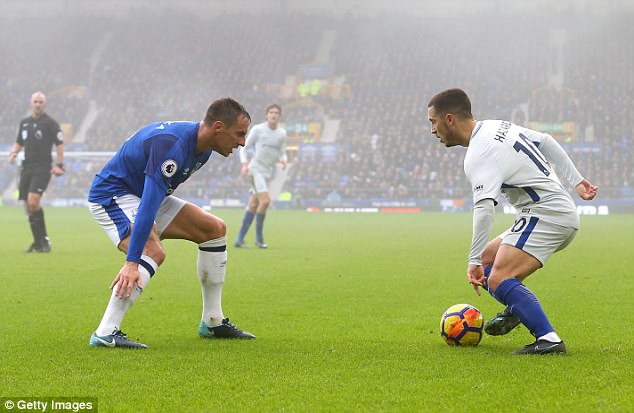 5. Riyad Mahrez, who spent August transfer deadline day at an airport waiting for a move that never happened, is relishing life at Leicester under Claude Puel.

Since the Frenchman took over Mahrez has recovered the sort of form that made him one of the stars of Leicester’s magical title season.

The pass he laid on for Jamie Vardy to score against Manchester United made it four goals and two assists in 10 games under Puel. Just the sort of form that might make him the subject of a bid or two from bigger clubs come January!

6. Huddersfield’s £3.5m club record signing of Laurent Depoitre is starting to look a good deal as the Belgian striker settles into life in England.

His goal in the 1-1 draw at Southampton was his third in four games and a sign of the form he once showed for Gent where he got 24 in 53.

Depoitre’s move to Porto on the back of that success was a flop – he only played twice for them – meaning Terriers boss David Wagner got an even bigger bargain paying £2.5m less than he’d cost a year earlier. 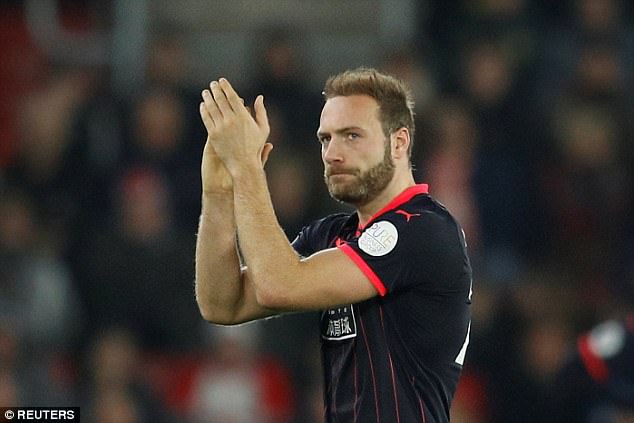 7. Alan Pardew needs to find a way of getting Chris Brunt into his starting line-up if he’s going to rescue West Bromwich Albion from their current relegation crisis.

The long-serving Northern Ireland international created Salomon Rondon’s goal in the 3-1 defeat at Stoke in his first start since Pardew replaced Tony Pulis.

And he also made five other chances for team mates, as well as causing chaos with his deadly corner-taking ability.

8. Bristol City’s giant defender Aden Flint, who has always picked up more than his share of goals, is handy if you ask him to play centre-forward too.

Flint attracted a lot of attention for his performance in the midweek Carabao Cup shock over Manchester United for his defensive qualities.

But boss Lee Johnson then shifted him up front as his side chased the game at Queens Park Rangers, and the influence of the 6ft 6ins former Tarmac worker was key as City earned a point to keep up their promotion campaign. 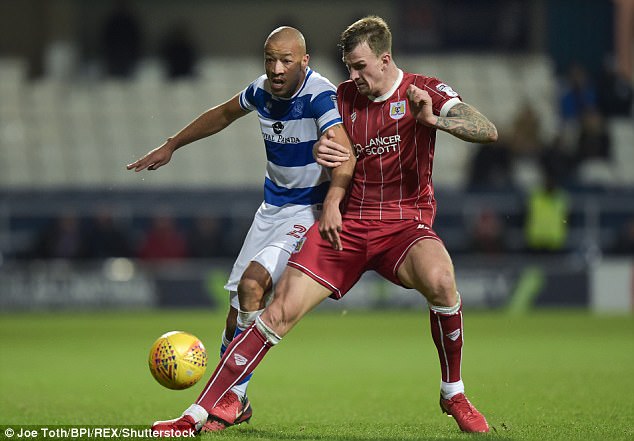 9. Oxford boss Pep Clotet faces a tough Christmas with fans starting to turn on him after the 7-0 humiliation at home to Wigan.

He’s won just two of his last 10 games, and Oxford have a tricky festive fixture programme with trips to Gillingham then Bradford.

10. After a week when Lee Johnson was taking all the plaudits, worth a mention for his old man Gary whose Cheltenham side secured a vital 2-0 win at fellow relegation fighters Barnet.

Goals from Kevin Dawson and Carl Winchester opened up a 10 point gap above the League Two drop zone.