He’s about to release his new album.

And on Thursday, Kanye West arranged for members of the media and select DJs to fly by private jet to Wyoming for a listening party.

Social media snaps also showed wife Kim Kardahsian and a smattering of celebrities joining in the fun at a ranch outside of Jackson Hole with campfires and s’mores on hand for the VIPs.

Big night: Kanye West, along with wife Kim Kardashian, hosted a listening party for his new album for media, DJs and celebrities in Wyoming on Thursday evening 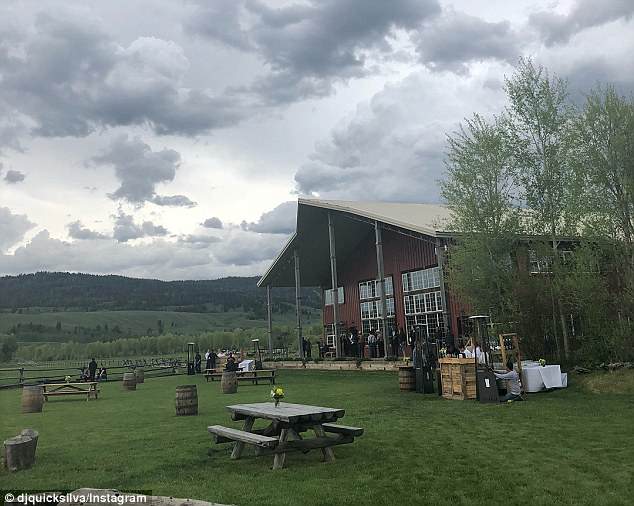 Scenic location: The gathering was held at a ranch outside of Jackson Hole where the rapper has been holed up for weeks working on his new music with several collaborators

A huge tent was erected on the green fields surrounded by mountains in the secluded location.

There were picnic tables and log seats as well as horses.

And naturally there was merchandise including baseball caps and t-shirts memorializing the event. 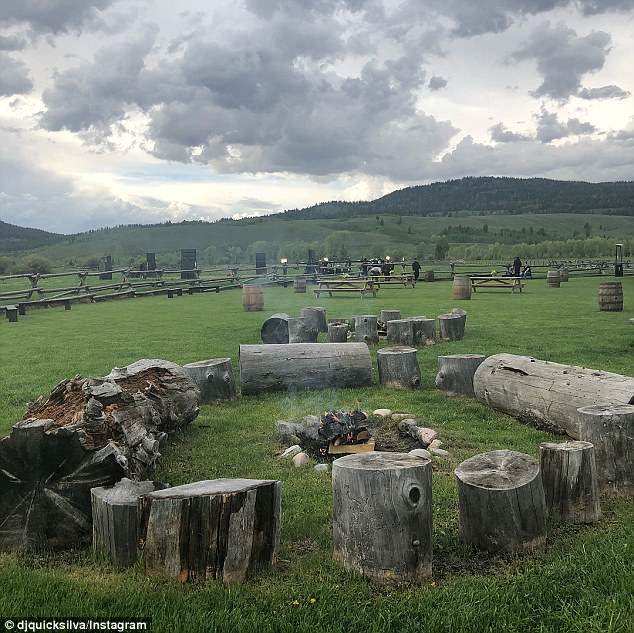 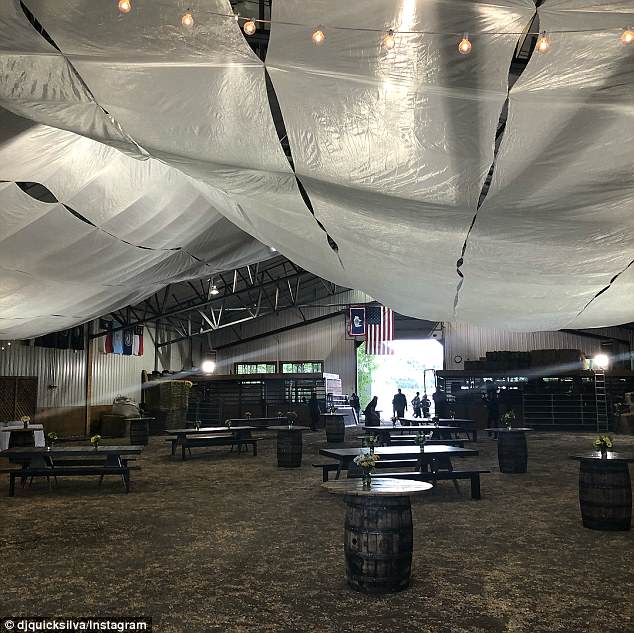 No expense spared: A huge tent was erected on the green fields surrounded by mountains in the secluded location 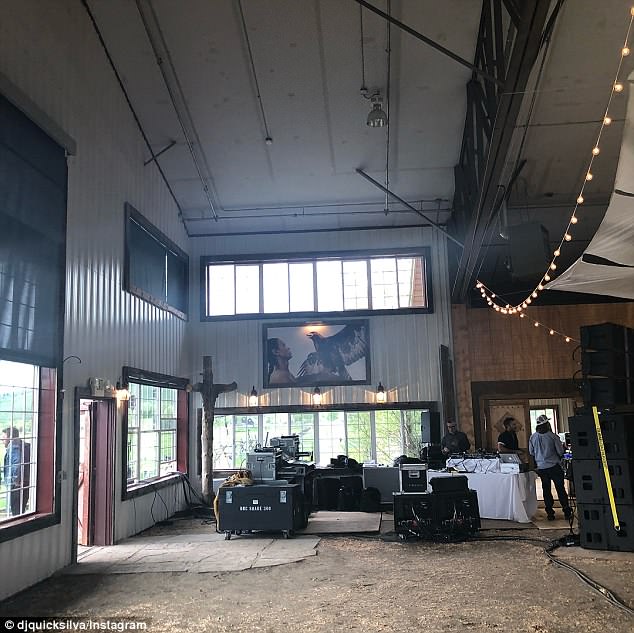 Rustic: The barn looked ready for a big party 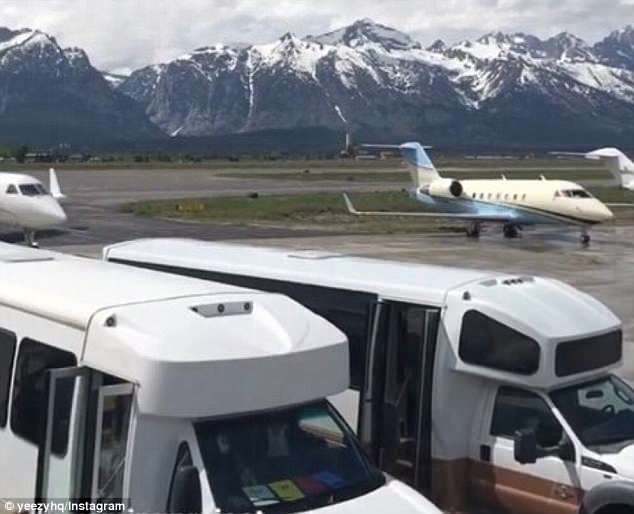 Luxury travel: The invitation-only crowd wads flown in by private jet and transported to the ranch by minibus

The rapper, 40, has been in Wyoming working on the album, his eighth, for weeks along with several collaborators including Travis Scott, Drake, Migos and Big Sean.

According to E!, Jonah Hill and Chris Rock are among the celebrities at the party.

On hand, too, are reported to be rappers  2 Chainz, Ty Dolla Sign, Pusha T, Desiigner and Teyana Taylor.

The album, whose title has not yet been made public, drops at midnight June 1.

It marks Kanye’s comeback after he cancelled his Saint Pablo tour dates in 2016 and was hospitalized for mental health issues. 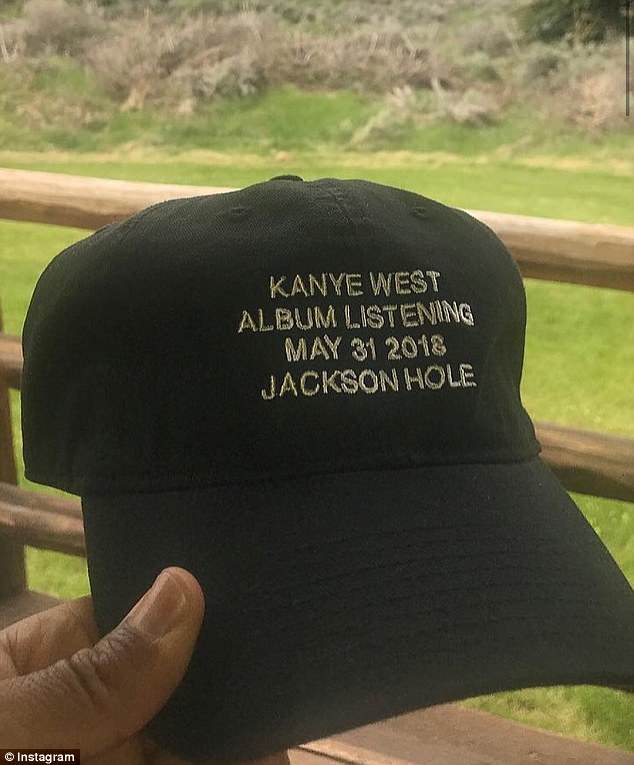 Keepsakes; Naturally there was merchandise including baseball caps, hoodies and t-shirts memorializing the event 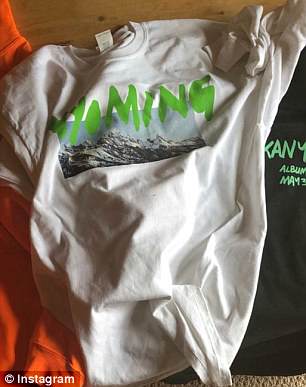 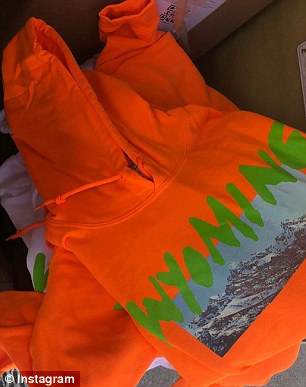 Special merchandise: The clothing had the state name emblazoned across the front in bright green lettering along with images of the mountains