The All Day hitmaker, 43, has sparked concern in recent days with a string of erratic social media posts and a bizarre appearance at a rally for his presidential campaign in South Carolina – during which he wept hysterically.

Following his shocking claim that the couple had planned to abort their eldest child and criticised activist Harriet Tubman – it’s now been claimed he’s had very little communication with the Keeping Up With the Kardashians star, 39, this week.

Sources told TMZ that Kim has made attempts to talk to her husband about his mental state but he is ‘not receptive’ and he’s dismissed her suggestions she fly out to their Wyoming ranch, where he’s currently staying, in order to help him.

Kim – who has North, seven, Saint, four, Chicago, two, and Psalm, 14 months, with the rapper – was said to have been concerned about his behaviour for some time

Earlier this month she flew out to join him in the Dominican Republic because of her worries, but had to leave to get back to their children.

After that, without any warning, Kanye flew to South Carolina for his rally. 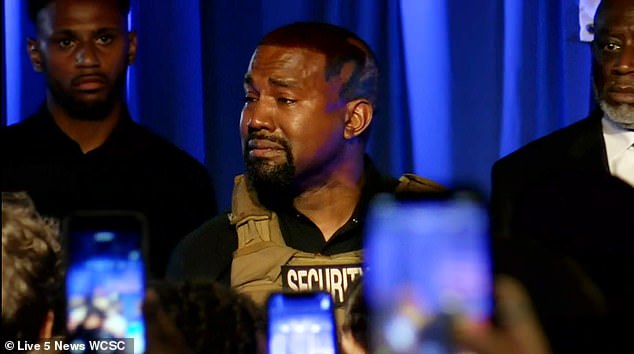 Heartbreaking: The All Day hitmaker, 43, has sparked concern in recent days with a string of erratic social media posts and a bizarre appearance at a rally for his presidential campaign in South Carolina – during which he wept hysterically

He claimed earlier this week that he has been ‘trying to get divorced’ from Kim since she met his fellow rapper Meek Mill at a hotel.

Kanye deleted his late-night tweets barely half an hour after posting them, except for a final post in which he signed them off as coming from ‘the future president’.

The shock divorce claim comes after sources alleged that Kim and Kanye are already ‘living apart’ and have been ‘at each other’s throats’ with ‘daily bust-ups’ during lockdown.

Earlier this week, Kim spoke in detail about how ‘powerless’ she is to persuade Kanye to seek help for his bipolar disorder unless he chooses to do so himself.

She said in a lengthy statement: ‘As many of you know, Kanye has bipolar disorder.

‘Anyone who has this or has a loved one in their life who does, knows how incredibly complicated and painful it is to understand…

‘I’ve never spoken publicly about how this has affected us at home because I am very protective of our children and Kanye’s right to privacy when it comes to his health.

‘But today, I feel like I should comment on it because of the stigma and misconceptions about mental health…

‘People who are unaware or far removed from this experience can be judgmental and not understand that the individual themselves have to engage in the process of getting help no matter how hard family and friends try.’ 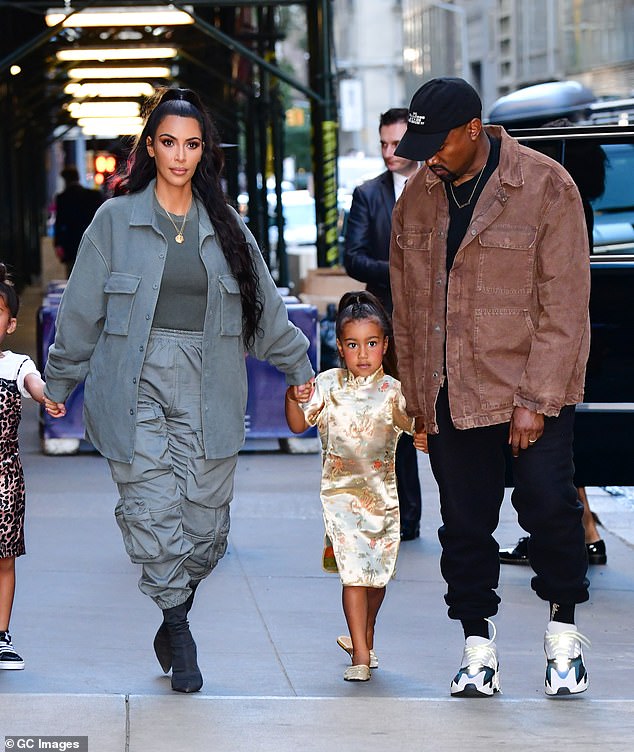 The family: Kim – who has North, seven, Saint, four, Chicago, two, and Psalm, 14 months, with the rapper – was said to have been concerned about his behaviour for some time