Kanye West is trolled after releasing snap of his ‘weird’ sliders

He may well consider himself as a maverick fashion genius, but Kanye West has ended up on the receiving end of merciless mocking after sharing a glimpse of his clothing line’s latest release.

The rapper, whose brand has gained a substantial fan base after its initial debut in 2011 was savaged by critics, came under fire on Twitter for his unusual new sliders.

After posting a snap of the blue sandals captioned ‘rough draft’, unimpressed Twitter users shared tongue-in-cheek comparisons of what they thought the shoes resembled.

‘Is this a joke?’ one person asked, while another added: ‘They look like cupcake liners’.

One outraged follower added: ‘This is really county jail clothes and I am astounded that folks will purchase’ (sic).

Another claimed fans would blindly buy them anyway, writing: ‘Y’all gunna pay 600$ for the Yeezy slides regardless of how bad they look anyways’ (sic).

Another likened them to ‘hospital shoes’, while one honest tweeter told him:  ‘Don’t ask how I know but these are the shoes they give you in jail here in Austin, Texas.’

A kinder fan wrote: ‘I love you Kanye but I can get this look at Walmart’.

The rapper, whose brand has gained a substantial fan base after its initial debut in 2011 was savaged by critics, came under fire on Twitter for his unusual shoe release 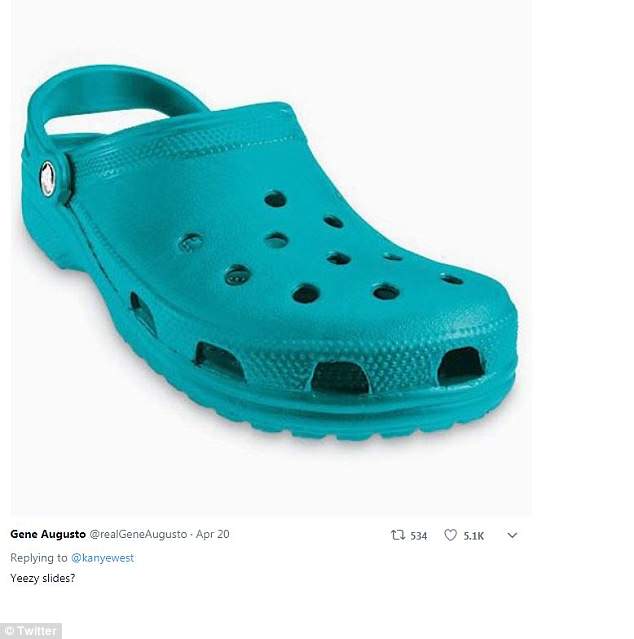 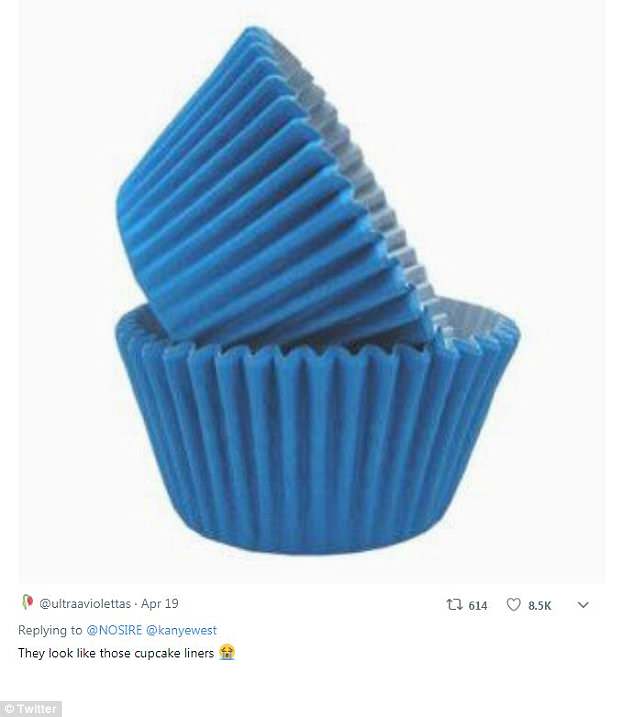 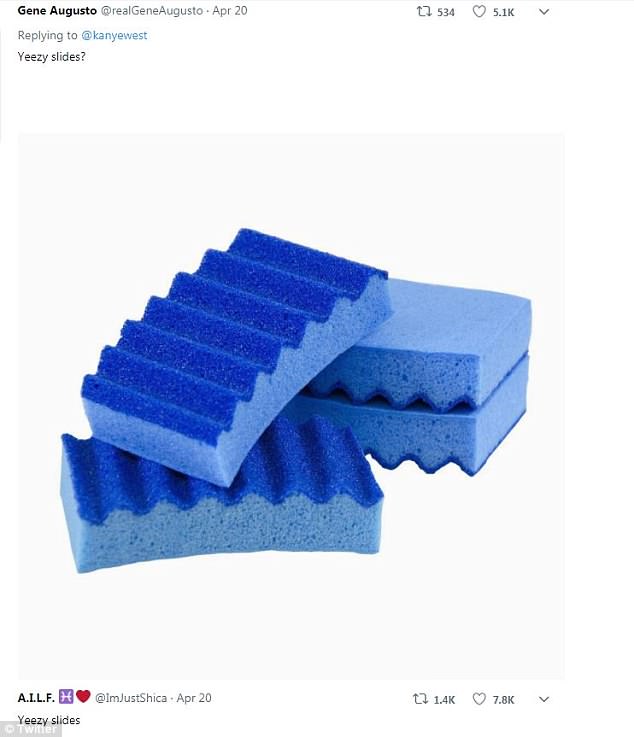 After posting a look at his new blue sliders captioned ‘rough draft’, followers quickly took to the social media network to question the latest addition to his range 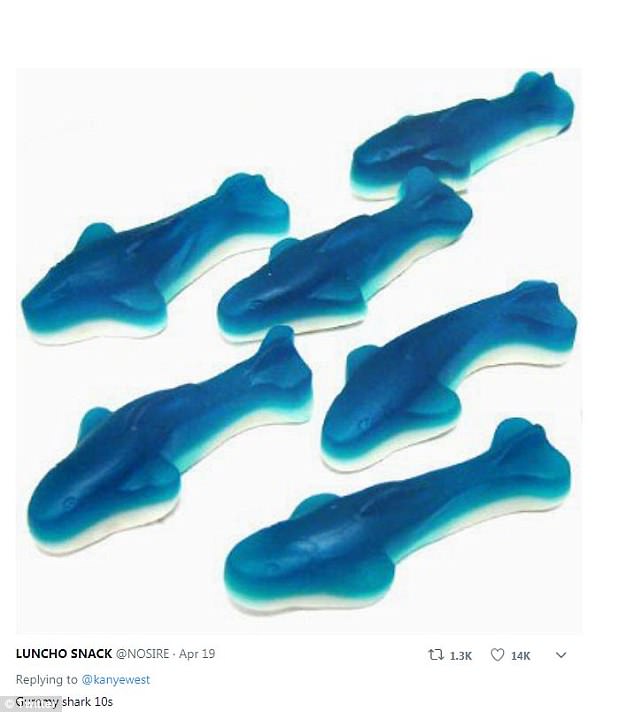 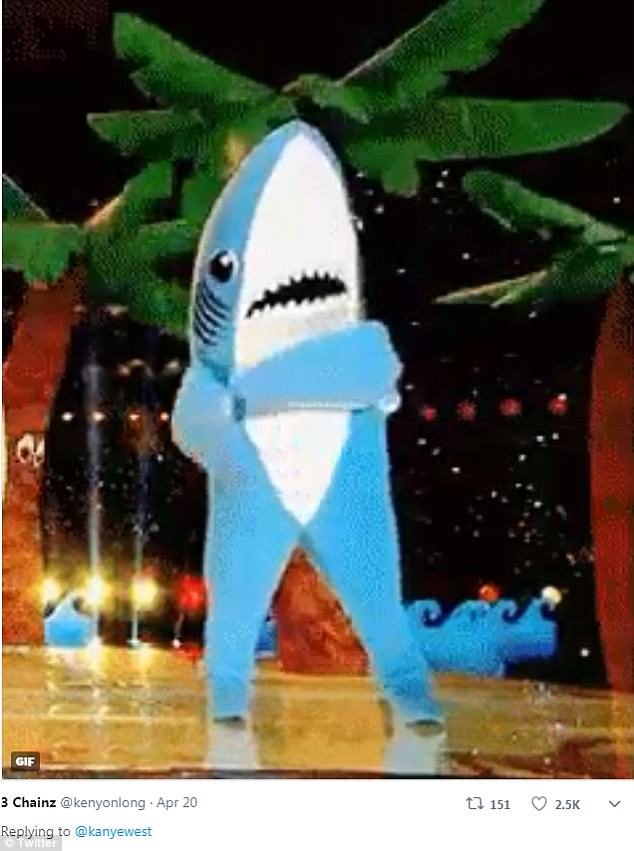 Kanye returned to Twitter at the beginning of April, reappearing on the platform for the first time in nearly a year after he deactivated it last May.

The Grammy Award-winning artist was spotted gradually removing tweets from the site, only one tweet remained on his central timeline: a tweet from CEO Jack Dorsey Friday reading, ‘Welcome back @kanyewest!’.

And he has already been using the platform to send tongues wagging, endorsing  YouTube personality Candace Owen over the weekend, a woman who is known for her controversial views on racism. 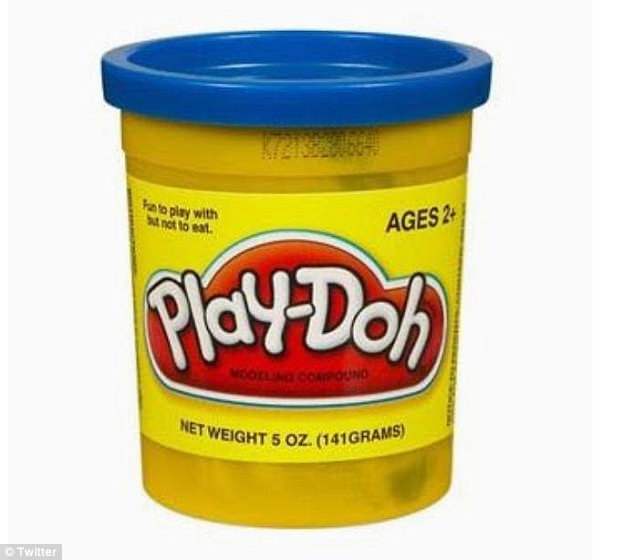 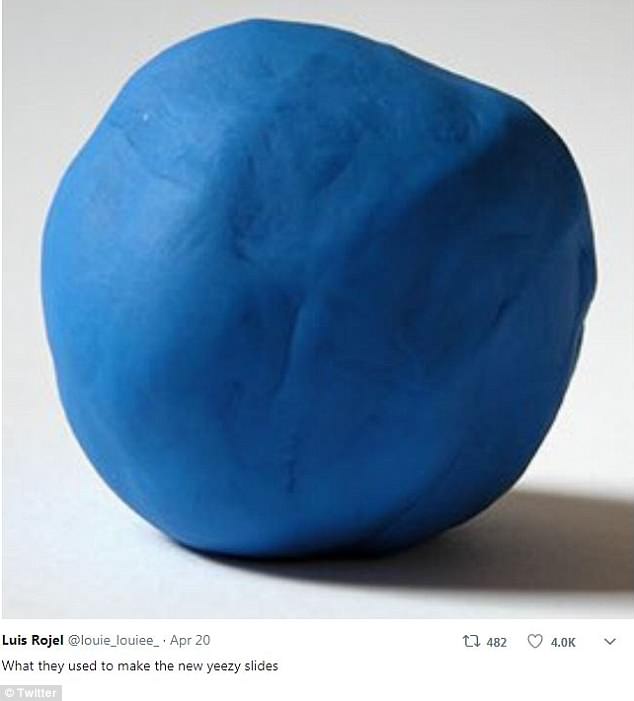 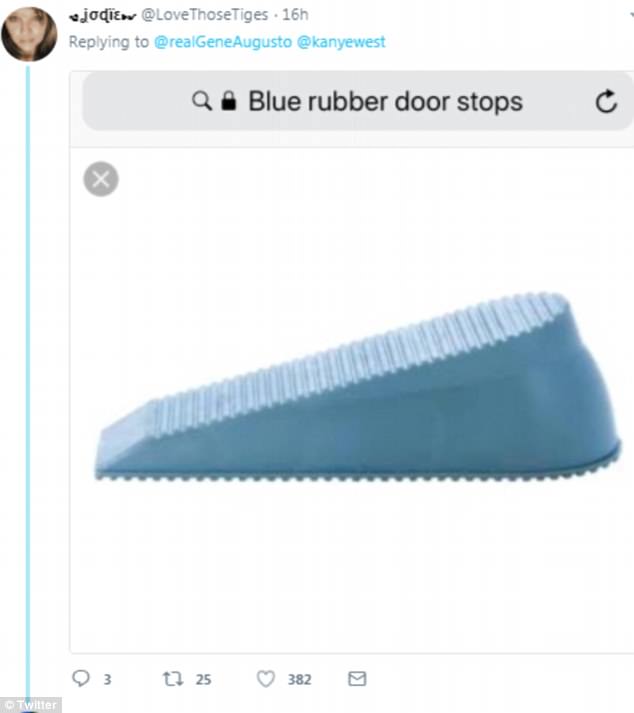 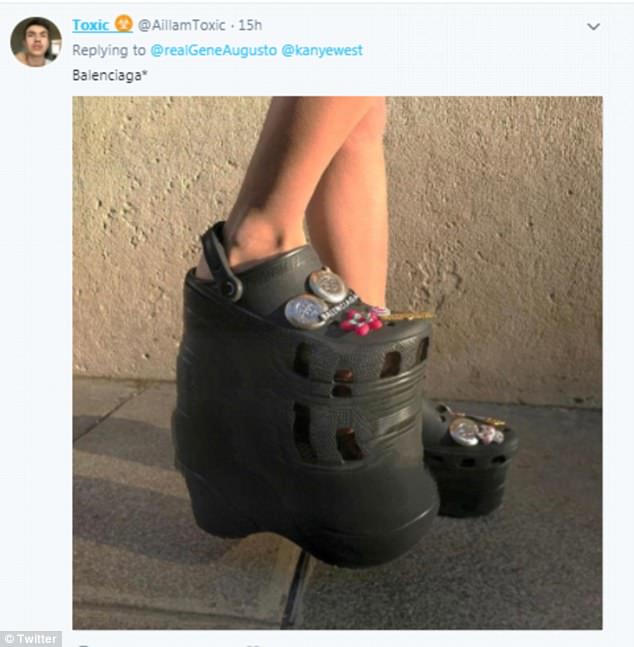