His wife Kim Kardashian has had all eyes on her as she celebrated her 37th birthday over dinner with her family on Thursday night.

And Kanye West couldn’t have looked happier after spending some quality time with his wife as he stepped out in Los Angeles on Friday.

The rapper, 40, rocked a casual ensemble after celebrating his wife’s 37th in a family favorite restaurant the night before.

The Chomp On It singer looked rock star chic as he donned a light colored hoodie and matching denim jeans.

Kanye stepped out in a large pair of edgy yet fashion forward beige trainers.

The night before the famous family joined together for a belated birthday dinner at Carousel Armenian restaurant in Glendale, California. 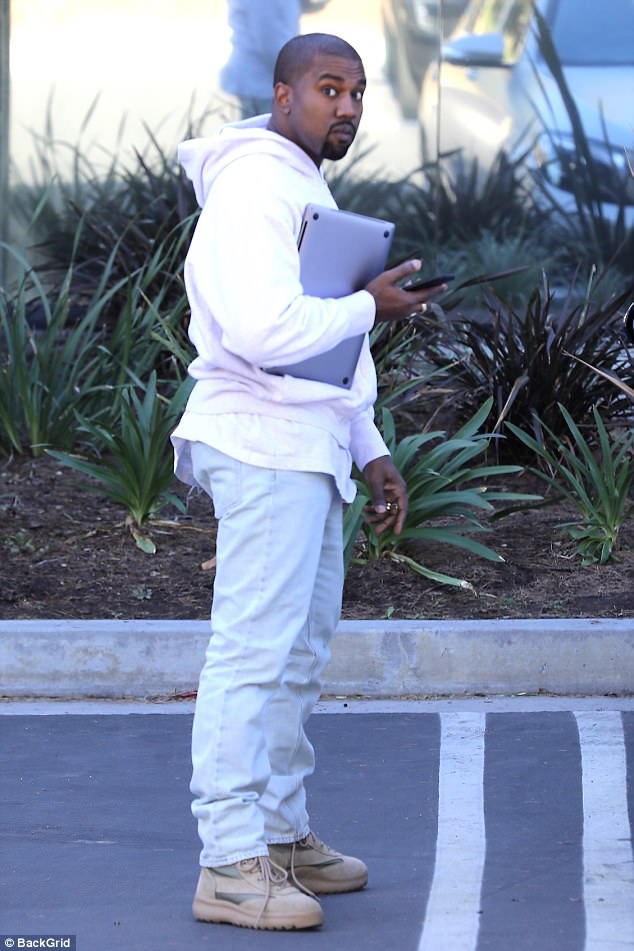 Who me? The rapper, 40, rocked a casual ensemble after celebrating his wife Kim Kardashian’s 37th in a family favorite restaurant the night before

His appearance with the Kardashians comes after it was claimed Kim has put the star on a ‘daddy diet’ ahead of the arrival of their third child.

The couple are expecting their third child via surrogate in January and are already parents to daughter North, four, and son Saint, one.

According to The Sun, Kim is keen for the parents to be on their ‘top form’ when their baby arrives and wants to tackle Kanye’s weight in the months leading up to their due date.

A source told the publication: ‘She needs Kanye full of energy, so Kanye’s on a daddy diet that will see him work out three times a week, increasing to five times a week within six weeks.’ 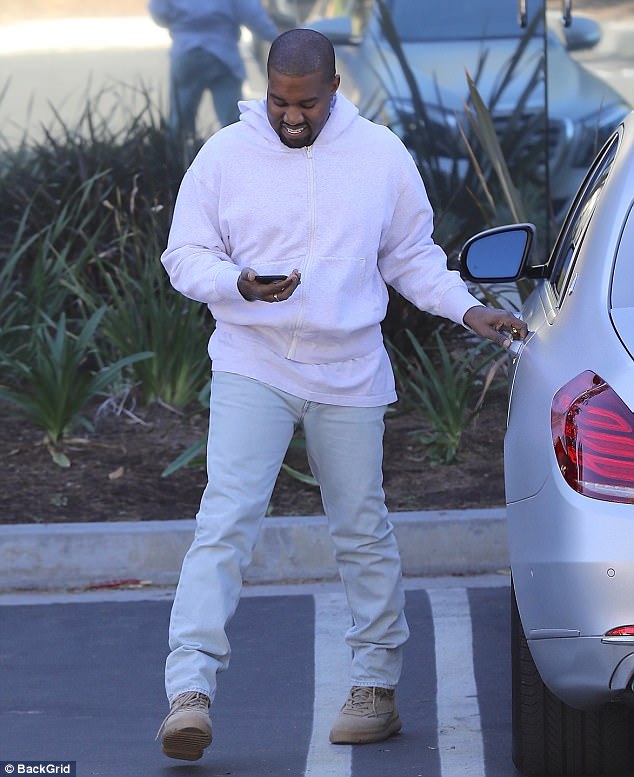 Casual: The Chomp On It singer looked rock star chic as he donned a light colored hoodie and matching denim jeans

‘He’ll have a six pack by Christmas,’ they claimed, adding: ‘Kim doesn’t want to put extra pressure on [Kanye] but wants him to be feeling his best for the challenges of being a dad to three children.’

Noticably absent from the celebration were Kim’s younger sisters Khloe, 33, and Kylie, 20, who are both reportedly ‘pregnant’ with their first child.

Khloe is said to be expecting with beau Tristan Thompson, while Kylie is believed to be starting a family wit boyfriend Travis Scott. Neither have addressed the speculation. 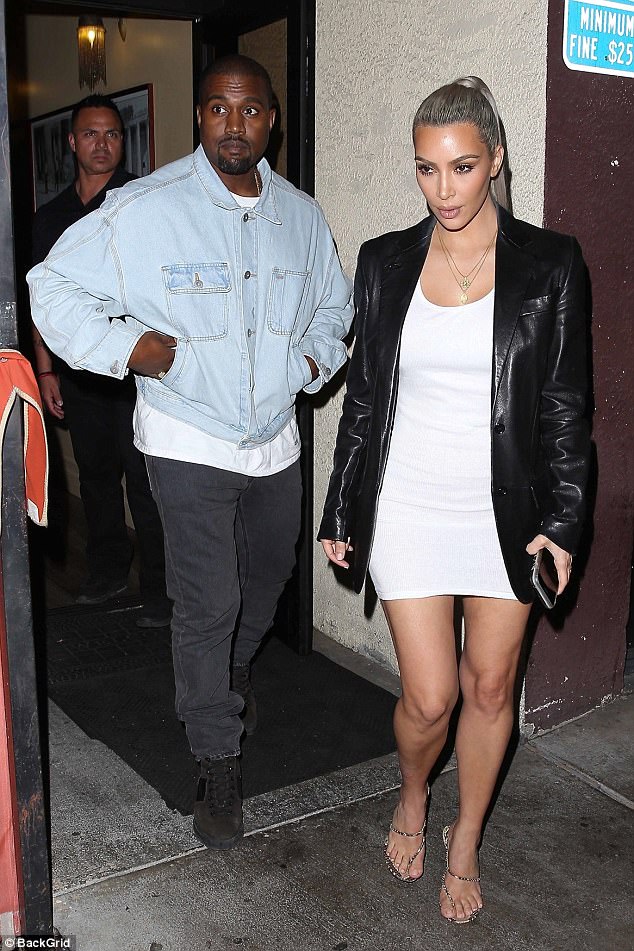 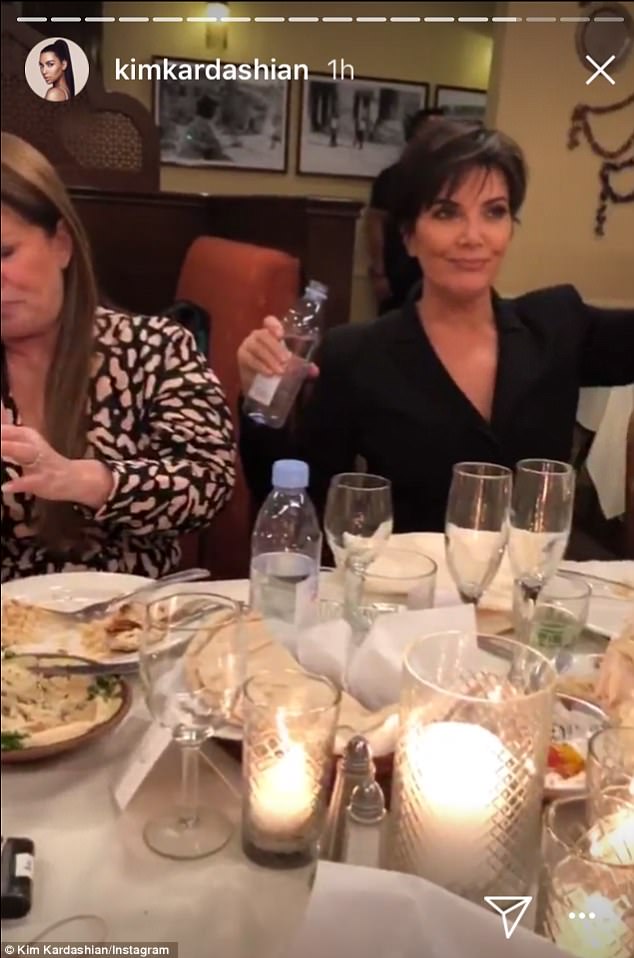 Fun night: Kanye and Kim were joined by mom Kris Jenner (pictured) and sisters Kourtney Kardashian and Kendall Jenner were on hand to celebrate