He revealed a sneak peak of his movie and his entire album, both called Jesus Is King, at Detroit’s Fox Theater on Friday Night.

And on Sunday, the director of Kanye West’s new film, Nick Knight, took to Instagram to share the poster and the release date.

He captioned it: ‘Poster announcing the release of Jesus is King, a Kanye West film of his joyous Sunday Service, that I directed and filmed with @brittlloyd.

It’s going to be big: Nick Knight, the director of Kanye West’s film Jesus Is King,  took to Instagram to share the poster and the October 25 release date, only on Imax

‘The film will be released exclusively in IMAX cinemas worldwide on October 25th.’

The simple image, on a blue background, shows what appears to be a stylized arched hallway leading to a gold path and a round bright light. 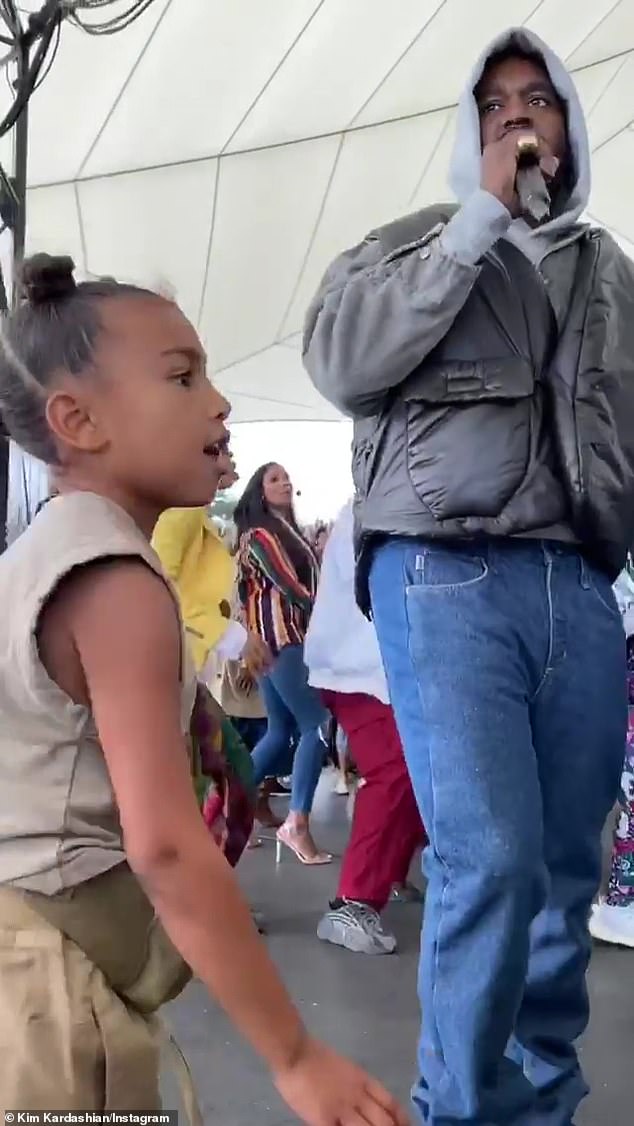 Dancing with dad: North West, six, jigged along beside Kanye , 42, at his Friday morning service in Detroit

Friday’s theater crowd were treated to a scene from the movie of the Sunday Service choir performing Oh Lord, How Excellent, before Kanye played his album.

But according to The Sun, who’s heard the album that’s yet to be released, they called it a ’35-minute religious rant about the evils of the modern world.’

Journalist Simon Boyle added in his two star review: ‘Water is among his wackiest tracks, featuring a claim the human body is 90 per cent water. Scientists say it is 60 per cent . . . but Kanye knows best.’

Kanye reportedly also asks for forgiveness in his track, Hands On, after previously claiming that slavery was a ‘choice’ by African-Americans. 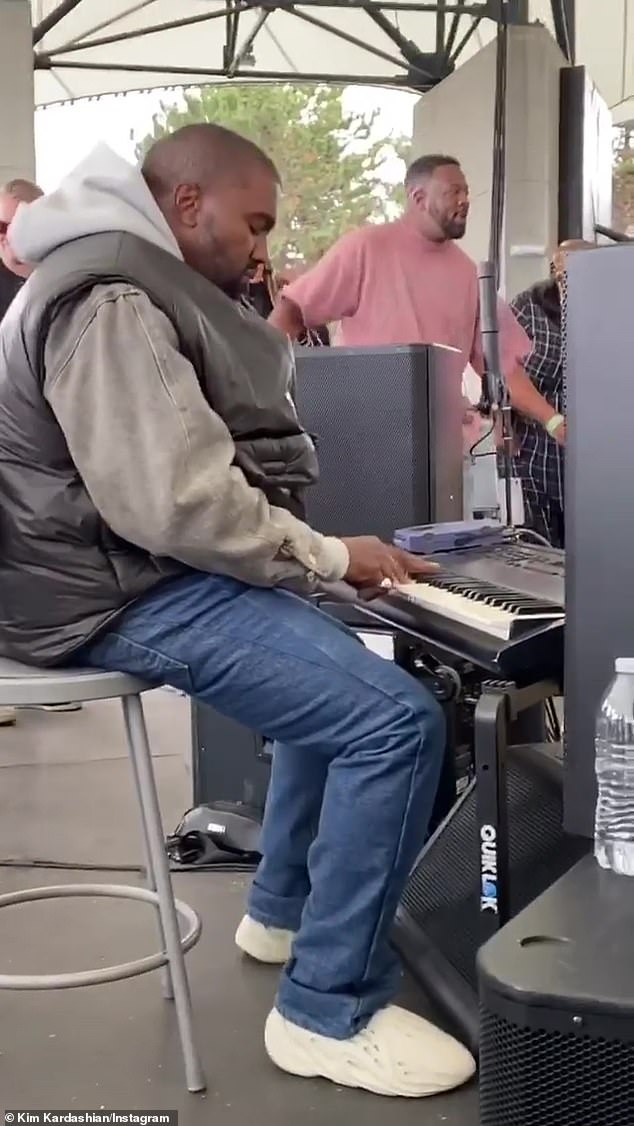 Tickling the ivories: The star also played keyboard at the high energy event

The rapper’s Sunday Services have become a regular part of his life and the 42-year-old travels all over the country to hold them.

He is usually joined by his celebrity wife Kim Kardashian West, 38, who proudly posts Instagrams from his venues, and his eldest daughter North, six.

She was seen dancing along happily at her dad’s service in Detroit on Friday, showing off her gappy smile after losing a front tooth.

Meanwhile, Kanye also debuted his new Jesus-themed merchandise on his website, where he teased that the album’s wider release is still very much up in the air.

However anyone who buys one of his T-shirts or sweatshirts, priced from $50 to $150, will also ‘receive a digital download of Jesus Is King upon release’ according to his website. 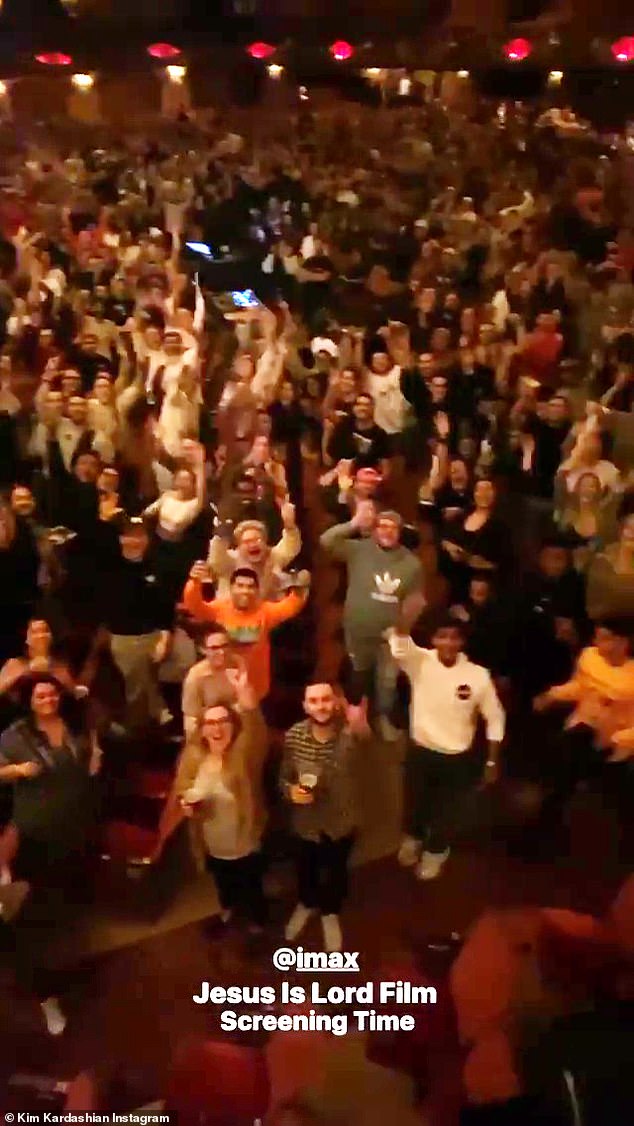 They approve: The audience reacted wildly to the news that they were going to see clips from Kanye’s film as well as hear his new album