Kardashian feud: Kim and Kourtney continue to argue on Twitter

The 39-year-old reality TV star was seen engaging in an explosive row with her younger sister during an episode of Keeping Up with the Kardashians last month where Kim said Kourtney was ‘the least interesting to look at.’

And while it has since been claimed there’s no bad blood between the siblings, the pair are still exchanging jibes on social media. 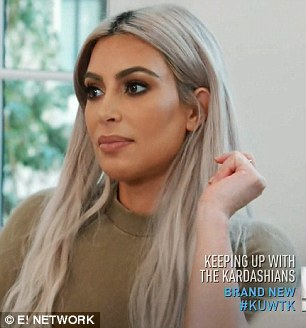 Out for blood: Kourtney Kardashian has urged Kim Kardashian West to be ‘positive’, following their recently televised feud; seen on Sunday’s KUWTK

MEAN! Earlier this week, Kim, 37, took to Twitter to poke fun at the way her older sister says certain words, when she wrote: ‘I hate how @kourtneykardash says issues. She like drags it.’ And Kourtney hit back

Earlier this week, Kim, 37, took to Twitter to poke fun at the way her older sister says certain words, when she wrote: ‘I hate how @kourtneykardash says issues. She like drags it.’

And Kourtney – who has Mason, eight, Penelope, six, and Reign, three, with former partner Scott Disick – hit back, urging Kim to be kinder.

She quoted the original tweet and wrote: ‘Oh wow hate is a strong word. Let’s be positive today shall we?!’ 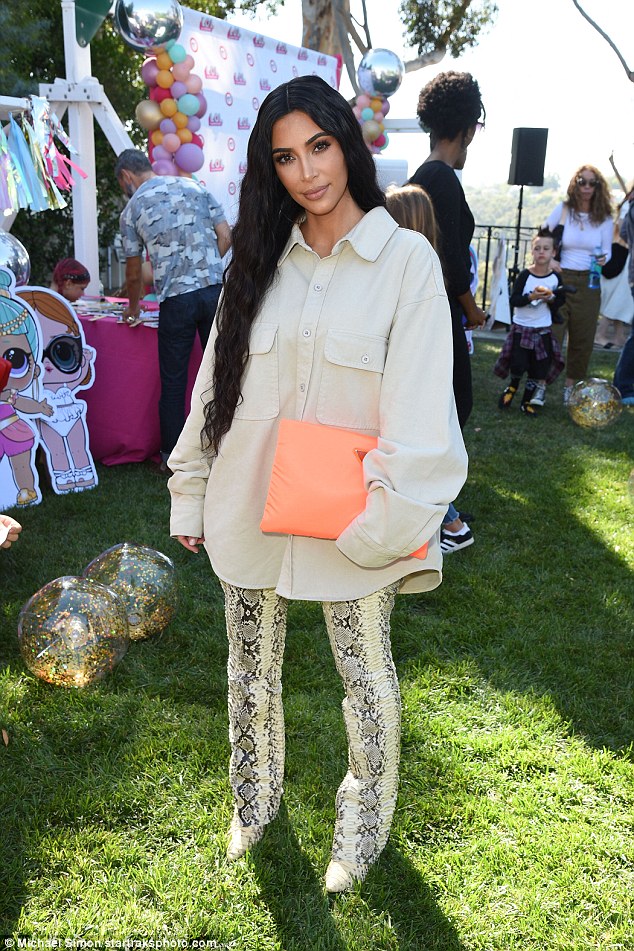 On the go: The 37-year-old went to an event in LA on Monday for daughter North

Their comments come after sources from People claimed the Kardashian siblings, including 34-year-old Khloe, ‘get in tiffs all the time’, and aren’t really at one another’s throats.

An insider said: ‘Kim, Khloé and Kourtney get in tiffs all the time.

‘This is nothing new. Kim has been on the outs with Kourtney and Khloé before, but right now, Khloé and Kim are on the same wavelength.

‘They both have new babies and they have a lot in common and a lot to share.’

The insiders believe Kim – who welcomed her daughter Chicago, who was born via surrogate mother, into the world in January – and Khloe, who is now mother to five-month-old daughter True, have become much closer now they have children who are close in age, which often leaves Kourtney out of the picture.

They added: ‘[She] is much more private than they are and sometimes removes herself from the family stuff. ‘But this is isn’t some major feud. These sisters have always been able to dish it out and take it. And yes, of course they know the arguments and fights make for good TV. But they’re fine!’ 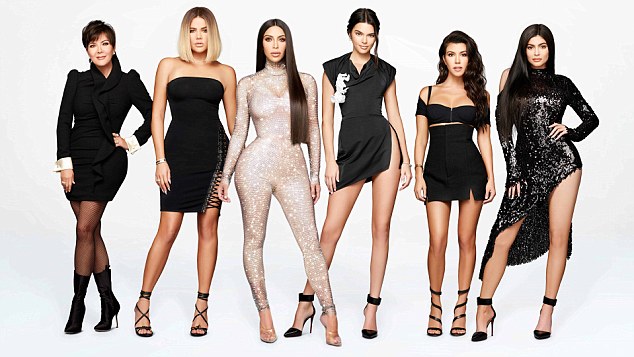 Or is it all for the show? The Kardashians have been accused of starting feuds for their show