The Kardashian family’s resident hairstylist live streamed her own home being robbed online after catching the bungling burglars on her home security system.

Jen Atkin, 37, was away from her Los Angeles property when the robbery occurred, but was notified on her phone via a video monitoring system.

So, after confirming that the police had been alerted to the crime and were on their way, Jen decided to capture every minute of the burglary through a series of posts on Instagram and Snapchat, sharing videos of the thieves from the feed going through her prized possessions.

Shocking find: Celebrity stylist Jen Atkin recently watched her own home being robbed thanks to a security camera 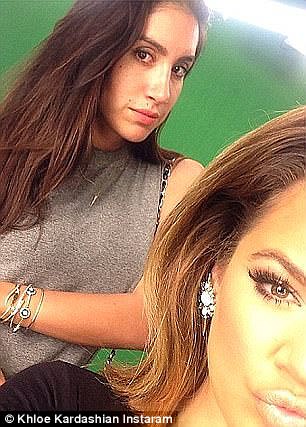 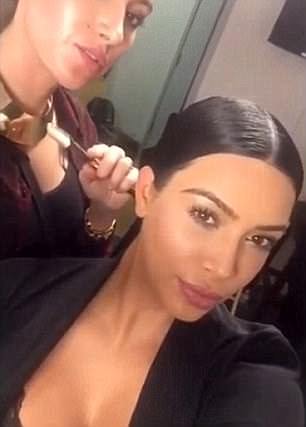 Big hitters: Jen is best known for being the Kardashian family’s resident hairstylist

‘So whoever is in my closet right now stealing all my jewelry, we have you on camera and the police are on their way,’ she explained on one of the videos.

Jen, who was working on a shoot on a nearby beach at the time, added: ‘Update: police are on it and I can’t say too much. But get cameras in your house guys they’re so helpful.’

The stylist, who is married to photographer Mike Rosenthal, shared eight videos in total narrating them along the way, saying: ‘You guys this is so crazy to watch. Mike just gave me permission to show this. What if this is just a Nest ad and I was getting paid?’ 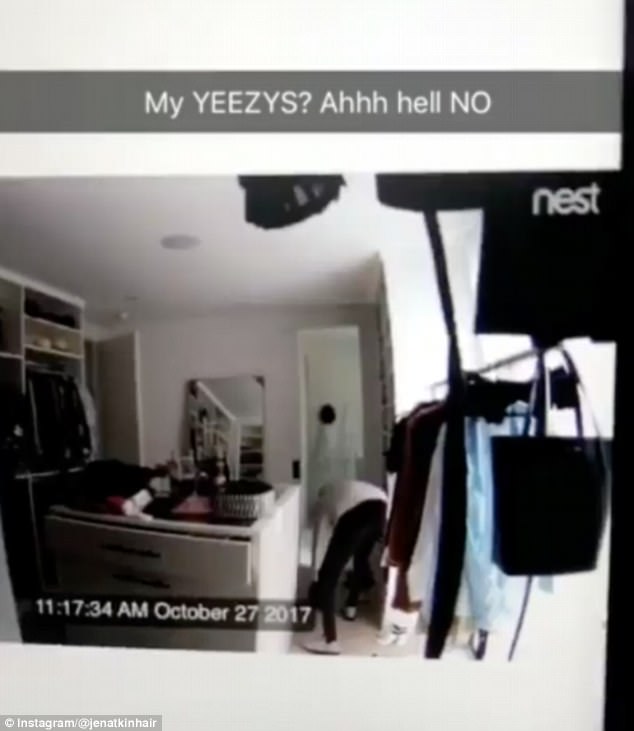 Looking on: Jen was away from the home on a shoot when the video was sent to her phone 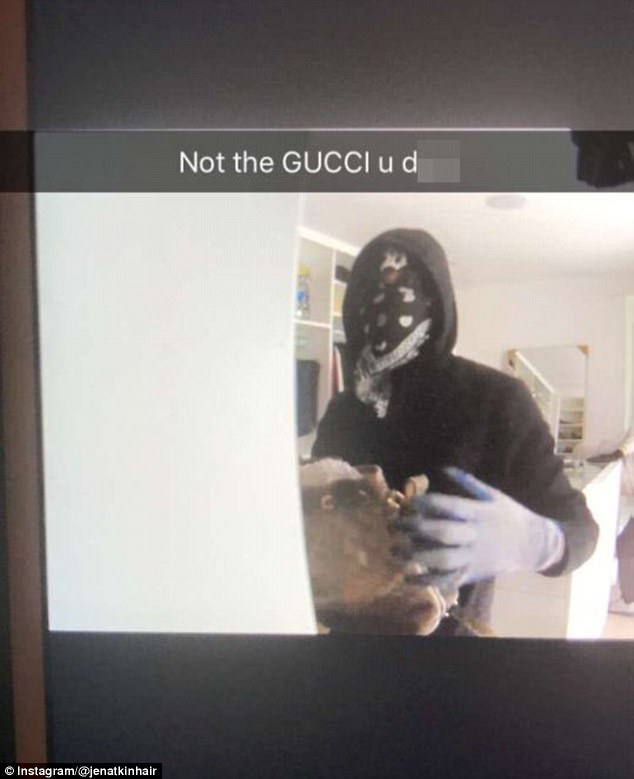 Rifling through: She shared eight videos of the burglars on Instagram, narrating them for her followers after calling the police 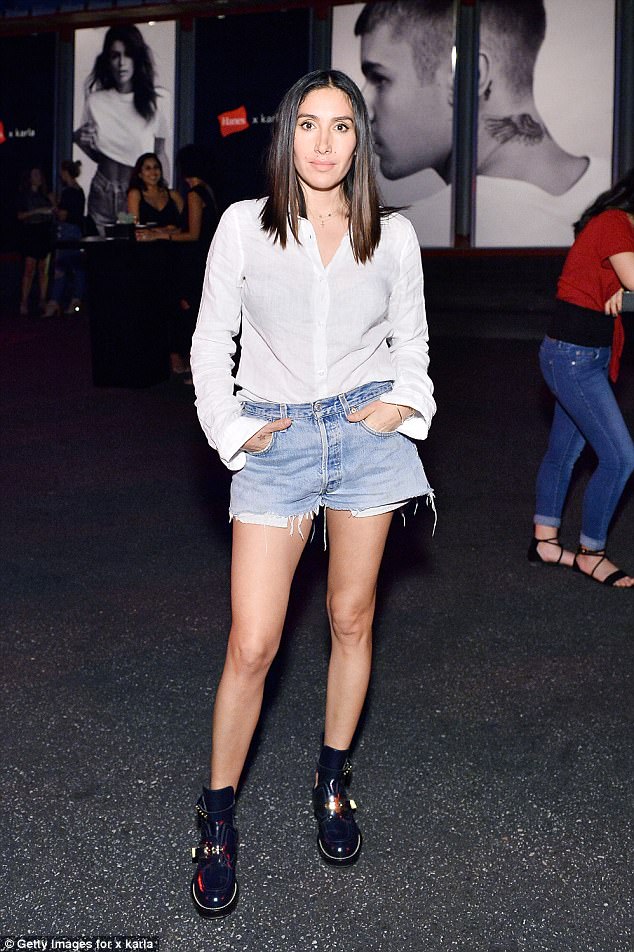 Higher ground: Jen mused that she couldn’t believe the robbers wouldn’t think of the cameras

She added: ‘Just kidding. So basically they use my own Henri Bendel bag and start going through the jewelry. This is so crazy that people do this with cameras, it’s so not smart.

‘And apparently they have robbed a couple houses on our very street today, it’s the same guys, everybody’s putting all the clues together, so guess what, buddies? It’s so crazy that people do this with cameras. It’s so not smart.’

She even spied the robber making a beeline for her Yeezys, a brand of sneakers designed by Kanye West with Adidas.

Jen, who also works for Chrissy Teigen and the Hadid sisters, captioned the video with ‘My Yeezys? Ahhhh hell NO!’

‘None of my name-brand shoes were taken, he literally just is checking the size of my Yeezys,’ she added. 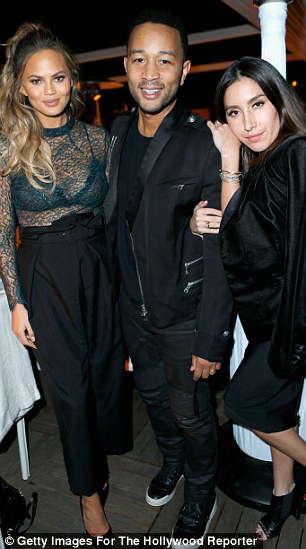 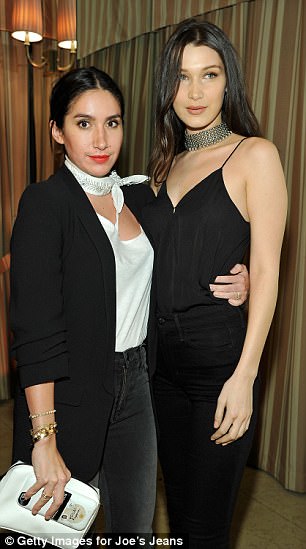 Star power: In addition to the Kardasians, Jen also works with Chrissy Teigen and both Bella and Gigi Hadid 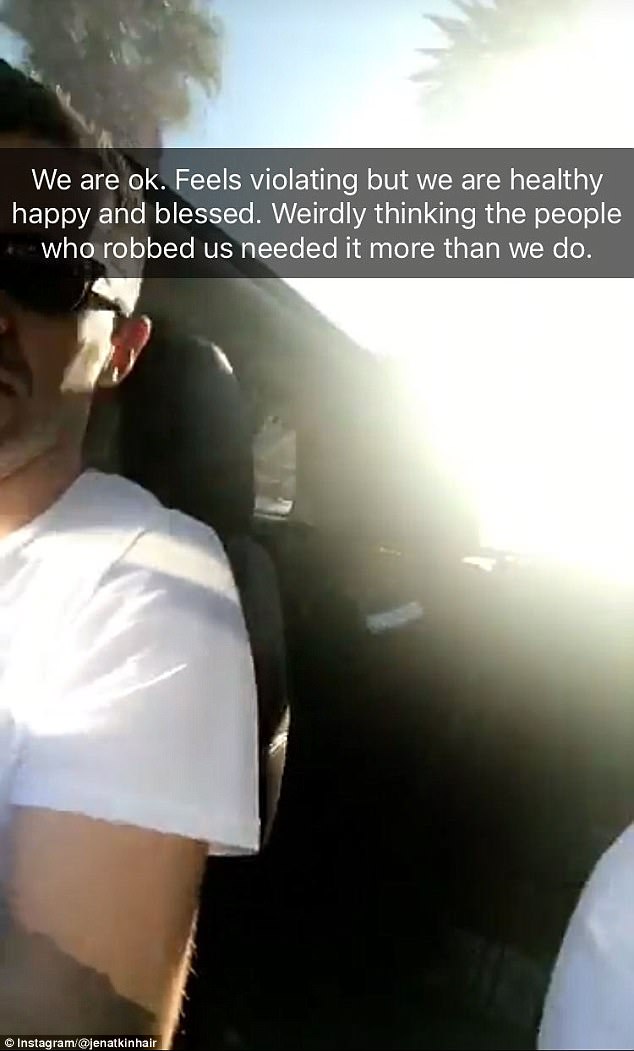 Looking back: After the ordeal, Jen took back to Instagram to reflect on the experience

After the ordeal, Jen took to Instagram once again to reflect on the incident and offer up some advice. She even wished the best for the people who robbed her.

‘Was staring at this gorgeous view today while our house was being robbed,’ she wrote, sharing a photo from a Santa Monica beach. ‘It felt super violating but we know in our hearts that there are good people out in this sometimes dark world.

‘Yes we will have to adjust how we live a bit BUT I’m grateful for all the good people in our life. Just thinking of it as a good deed and hopefully the material things we loved will help whoever needed to steal it… Oh and get NEST, it’s worth every penny.’

The burglary took place just over one year after Jen’s client and close friend Kim Kardashian was robbed at gunpoint in an apartment in Paris during Fashion Week last September.

Following the robbery, it was widely reported that Kim took steps to protect herself against future attacks by being more discreet on social media, and maintaining more privacy about her whereabouts.