Karen McDougal fights back tears as she apologizes to Melania Trump

Karen McDougal, the former Playboy Playmate who alleges she had an affair with President Trump, tearfully apologized to Melania Trump because of the guilt she feels in ‘sleeping with her husband’ just months after she gave birth to their only child.

In her first television interview, McDougal told Anderson Cooper of CNN that she developed feelings for the estate mogul during their 10-month relationship.

McDougal, 46, also told CNN that she and Trump had sex on their first date in June 2006 and that she went home afterward ‘crying in the backseat of a car’ when he offered her cash after they made love.

Karen McDougal, the former Playboy Playmate who alleges she had an affair with President Trump, tearfully apologized to Melania Trump because of the guilt she feels in sleeping with her husband just months after she gave birth to their only child 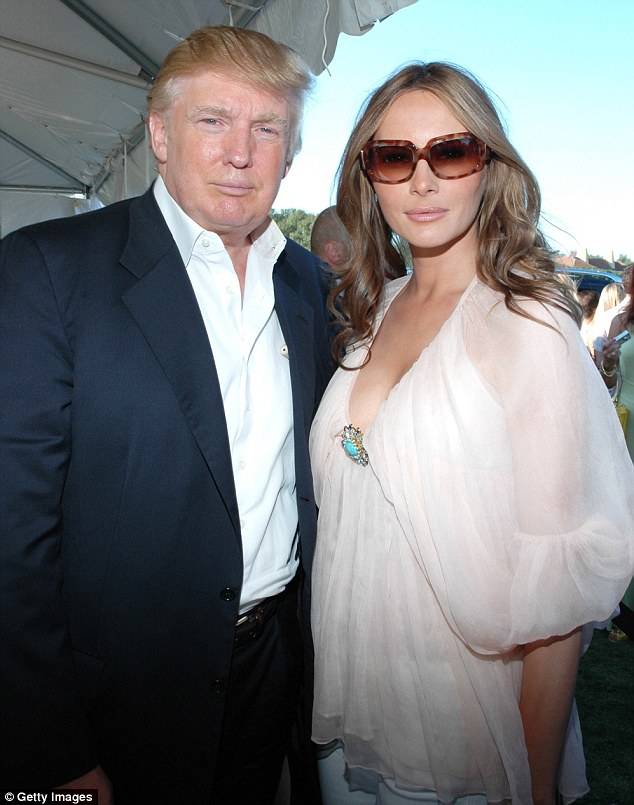 In her interview on CNN, McDougal was visibly uncomfortable talking about Melania Trump (seen right with her husband in Bridgehampton, New York in August 2007)

She recalled being invited by Trump to numerous events at his golf courses and hotels.

McDougal said she met with Trump on average of five times per month and that they had made love ‘many dozens’ of times.

She said Trump even invited her to his apartment at Trump Tower in New York City.

In her interview on CNN, McDougal was visibly uncomfortable talking about Melania Trump. 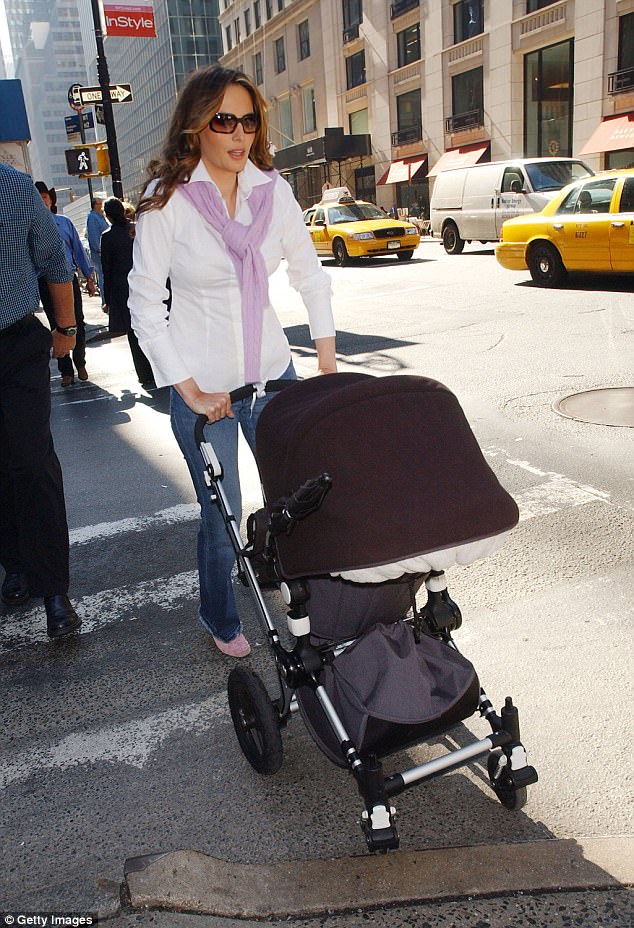 She said that during her visit to Trump Tower, Donald Trump gave her a tour and showed her Melania Trump’s bedroom.

‘We passed a room, and he said it’s Melania’s room,’ McDougal recalled.

‘She likes to have her alone time or to get her way to read or something like that.

‘I’m like, oh, OK. That’s when I kind of thought, maybe they’re having issues. I didn’t ask.

‘It’s not my business at that point.’

‘I couldn’t wait to get out of the apartment, actually.

‘I wanted to go back to my hotel room.’

McDougal said she met Melania Trump after the affair with her husband began.

The Playboy Playmate attended a release party for the Apprentice at the Playboy Mansion. A photo from the event shows Donald and Melania Trump, McDougal, and Ivanka Trump.

In the photo, McDougal and Melania Trump are standing at opposite ends of a row of people. She said it was deliberate. 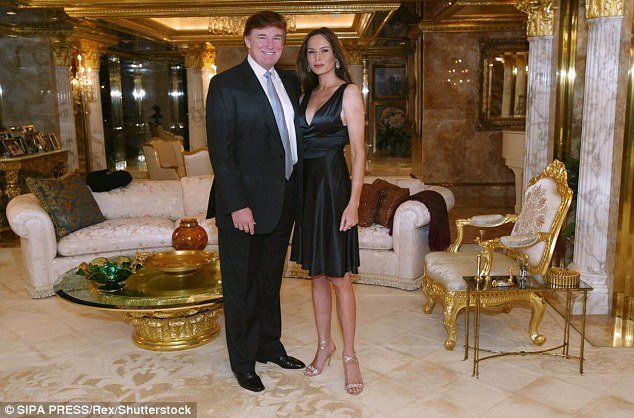 McDougal said Trump gave her a tour of his apartment in New York. She said she thought it was odd that Melania Trump (seen with Donald Trump in their Trump Tower apartment in 2003) had her own separate bedroom

‘I tried to keep my distance,’ McDougal said. ‘I tried to go as far away as I could, just because I felt guilty.’

McDougal said that during that event, she was told that Donald Trump and Melania Trump got into an argument.

She said when she asked why, the response she received was: ‘[It’s] probably because of you.’

‘But I don’t know if that’s a fact or not, so don’t quote me on that one,’ McDougal said.

McDougal said that during the course of her romance with Trump, Melania Trump’s name was rarely mentioned.

On the one occasion that Melania Trump did come up, McDougal said: ‘I never brought up his wife. He did once.

‘And that’s only time I can remember, when he said she was an intelligent woman.

‘She knew like, I don’t know, four or five languages.

‘But other than that, he never talked about his wife, and I never brought it up.’

McDougal fought back tears when she was asked how she viewed the relationship with Donald Trump in hindsight.

‘You know, going through it, when I look back, where I was back then, I know it’s wrong,’ McDougal said.

‘Like I’m really sorry for that. I know it’s the wrong thing to do.’ 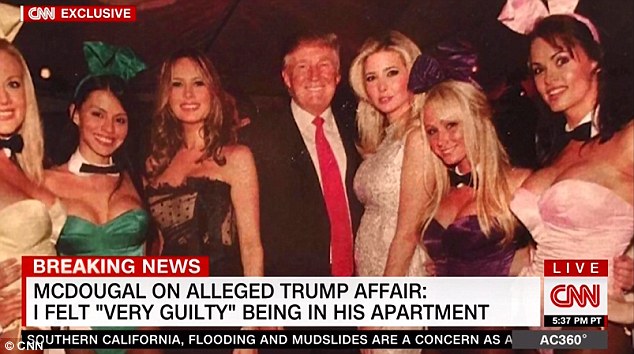 McDougal said her feelings for Trump were genuine and that she was a different person back then.

‘Back in that day, I was a different girl, you know, I had fun. I was in the Playboy scene. I was just enjoying life as much as I could.

‘And, you know, when I got with him, actually, you know, there was a relationship there.

‘There were feelings between the two of us. Not just myself, not just him. There was a real relationship there.

‘And I kind of out of sight, out of mind with everything else. And, you know, deep inside, I did have a lot of guilt. But I still continued.’

McDougal said her only regret about the affair with Trump was the fact that he was married at the time.

When asked what she would say to Melania Trump, McDougal replied: ‘A tough one.’

After pausing for a few moments, she said: ‘What can you say except, I’m sorry. I’m sorry.

‘I wouldn’t want it done to me.