By Mail Online Reporter and Sara Malm For Mailonline

The artistic director for Chanel had looked increasingly frail in recent seasons, and had reportedly suffered ill health in recent weeks.

For the first time in decades Lagerfeld did not come out to take a bow at the Chanel’s couture show in Paris in January, something the company attributed to him being tired.

Rest in peace: Karl Lagerfeld has died aged 85 in France, according to Paris Match magazine

As well as his decades of unforgettable designs, Lagerfeld was also famous for his acid tongue.

In 2012, he said about singer Adele: ‘She is a little too fat, but she has a beautiful face and a divine voice’.

After the 2011 Royal Wedding of the Duke and Duchess of Cambridge, he said Kate has a ‘nice silhouette’, but that sister Pippa Middleton ‘struggles’.

‘I don’t like the sister’s face. She should only show her back.’

When offering his thoughts on Russia he said: ‘If I was a woman in Russia I would be a lesbian, as the men are very ugly.’ 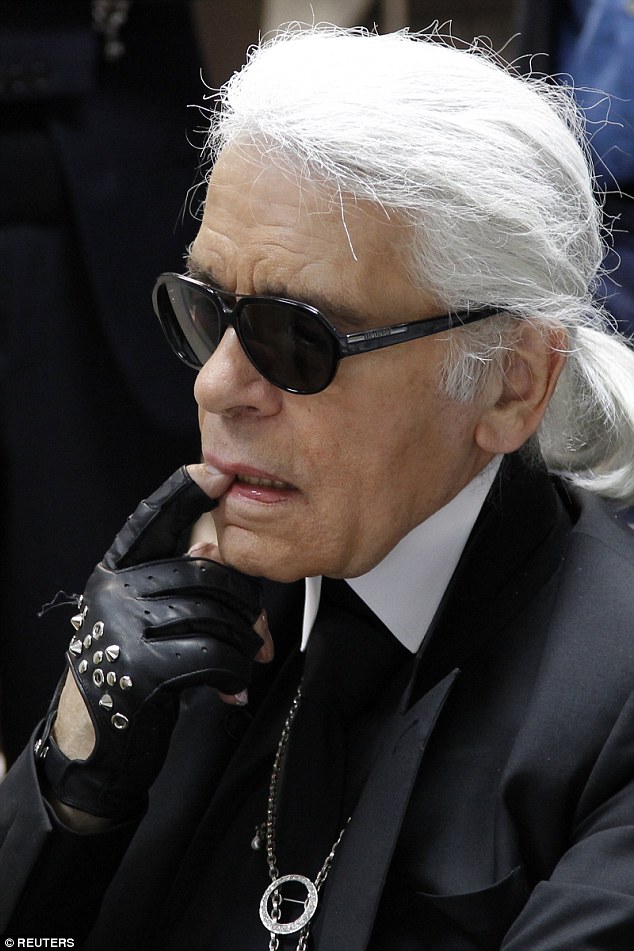 Out and about: Karl is well-known for his sleek look and frosted ponytail (pictured in 2012)