Karl Lagerfeld will be cremated and his ashes mixed with those of his partner who died of AIDS in 1989 and was his closest companion in life.

The legendary Chanel designer, who died yesterday aged 85, was in relationship with Jacques De Bascher who was a well known figure on the fashion party circuit in 1970s Paris and was known as a ‘bad boy.’

De Bascher was also a lover of Yves Saint Laurent and Lagerfeld was well aware and turned a blind eye towards their relationship.

Lagerfeld himself claimed never to have slept with De Bascher despite their 18 years together and tenderly cared for him as he died of AIDS.

Speculation swirls around what funeral arrangements will be made for the fashion icon, who famously said: ‘There will be no funeral. I’d rather die!’

But in addition to his mother’s ashes – Lagerfeld’s great love, De Bascher could be reunited with him at his last great show, his funeral. 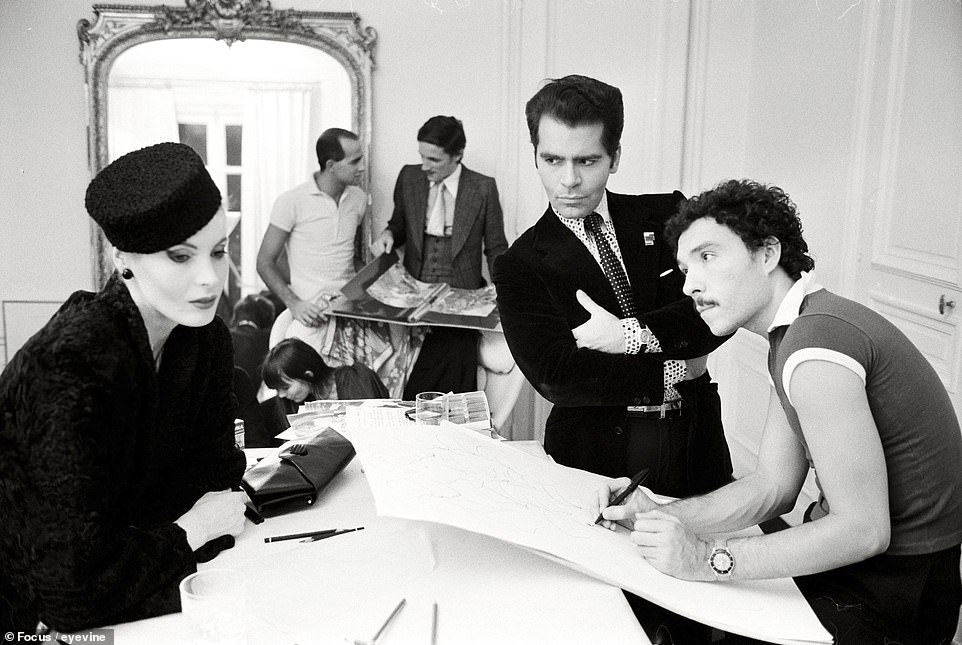 Karl Lagerfeld with his art director Antonio Lopez as he draws one of the designer’s muses, while Jacques de Bascher can be seen in the background of the Paris studio in 1972 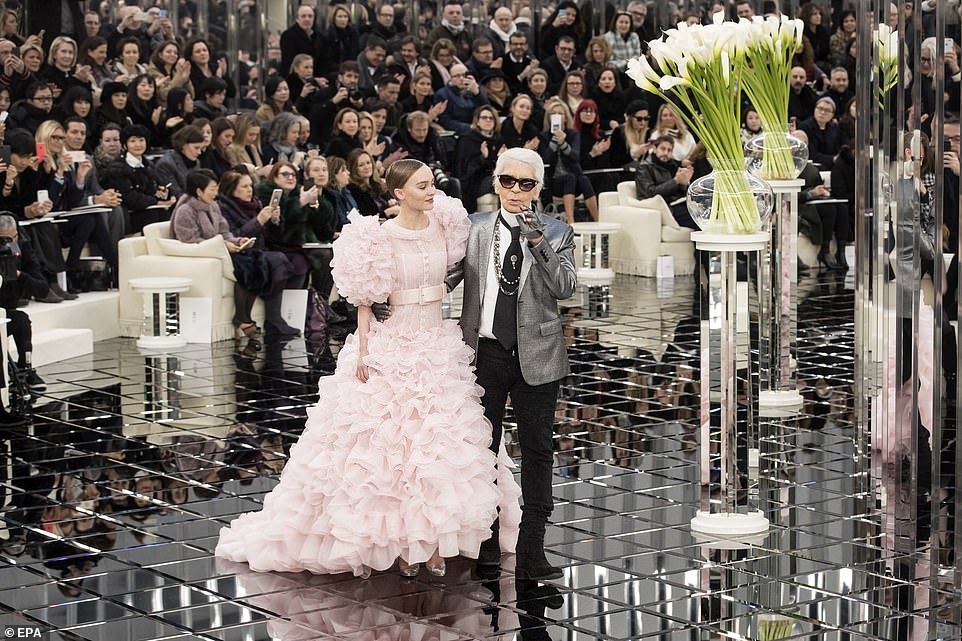 Lagerfeld with one of his recent muses, the daughter of Jonny Depp, US-French model Lily-Rose Depp, after his Spring/Summer 2017 Haute Couture collection show for Chanel at Paris Fashion Week

Many from the fashion world had refused to speak about De Bascher, who was well known as a voracious consumer of alcohol, drugs and sex, but little else.

He was a decadent dandy who caught the eye of both men and women as he breezed through the fashion world.

Indeed, in the 1970s De Bascher was involved in an affair with Saint Laurent, which involved locking the designer in a closet as part of a sadomasochistic sex game, WWD reported.

De Bascher was just 19-years-old when he met Lagerfeld, and the designer immediately became enamoured with the young paramour.

De Bascher had arrived in the French capital, having been born into French aristocracy in Saigon in 1951, according to Pink News.

He opened up about the ‘shadow dandy’ who he painted as his one true love: ‘I infinitely loved that boy,’ he told Ottavi, ‘I was seduced by his physical charm.’

Despite taking De Bascher as his companion for 18 years, Lagerfeld claimed he had never slept with his love.

While De Bascher’s life became fast and dangerous in the 1970s with free-love and drug taking, Lagerfeld said he was more Calvinistic. 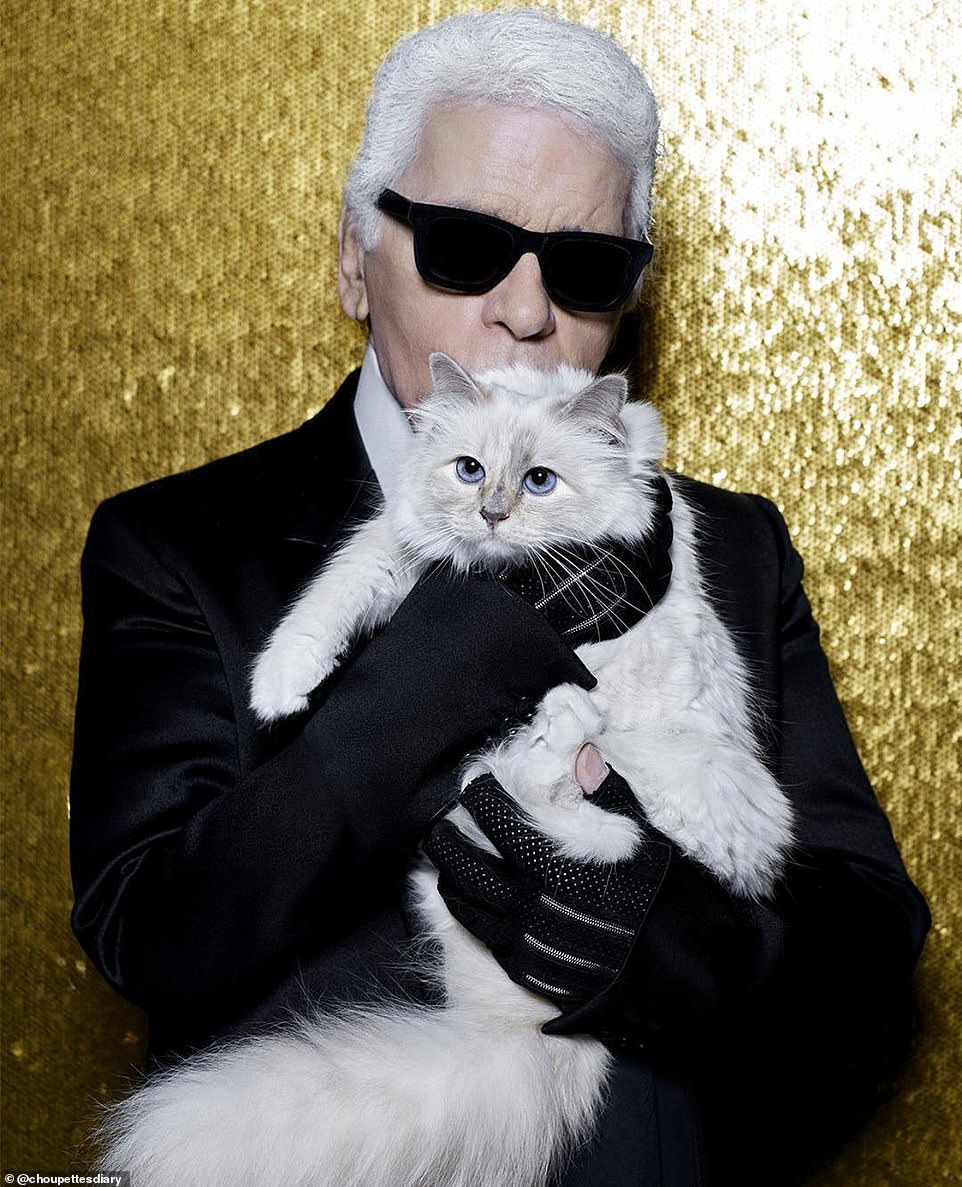 Karl Lagerfeld – who died on Tuesday – said he wanted to get married to his cat Choupette, but before Choupette there was De Bascher 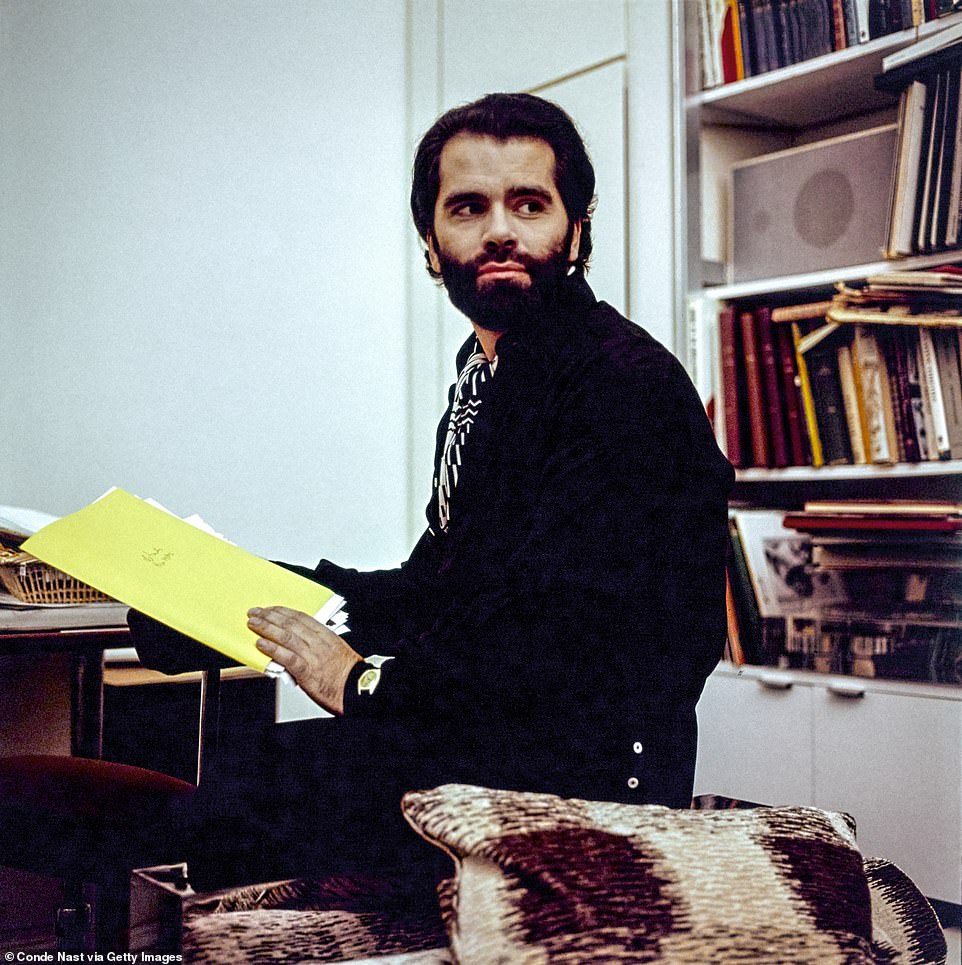 Before the sunglasses: Lagerfeld is seen sitting on the edge of his desk in his Paris apartment

He told Ottavi that he indulged De Bascher, he was ‘amused’ by his love’s adventures but that in terms of social life they ‘couldn’t be further apart.’

He was well aware of De Bascher’s behavior in the ‘shadows’ but said he preferred to overlook those aspects of his life and said he loved his ‘brighter side.’

Lagerfeld was said to have funded some of De Bascher’s most lavish parties, including the notorious S&M-themed Moratoire Noir(e) in 1977.

The night at the Le Main Bleue nightclub made headlines in Paris for its debauchery and was reportedly attended by the likes of Andy Warhol, Bianca Jagger and Kenzo Takada.

De Bascher was able to order 1000 bottles of white wine from his mother’s estate for the night but did little for the nightclub’s manager when he was subject to a three-week long police investigation after the wild scenes.

The theme was all black, while De Bascher donned an all-white fencing outfit, and those who were there said only the occasional camera flash revealed the sex and drug-taking rife in every corner of the club.

Long before he became old, Lagerfeld was said to have had a hatred of death and refused to attend funerals – but he stayed beside De Bascher in his final days.

He told Ottavi how he had watched this beautiful man, who he had always admired for his youthful verve, deteriorate into a frail and diseased 38-year-old.

He stayed with him until he died, sleeping in a cot next to De Bascher and went on to organise the funeral mass.

The author told WWD: ‘It was very emotional, very powerful. I was moved because he was talking about that one person that you miss, and I think this man is the person that Karl Lagerfeld misses in his life.’

In 2010, Lagerfeld said he did not sleep with people he loves, and preferred to pay prostitutes for sex.

Speaking to Vice magazine he said: ‘I personally only like high-class escorts. I don’t like sleeping with people I really love. I don’t want to sleep with them because sex cannot last, but affection can last forever. I think this is healthy. 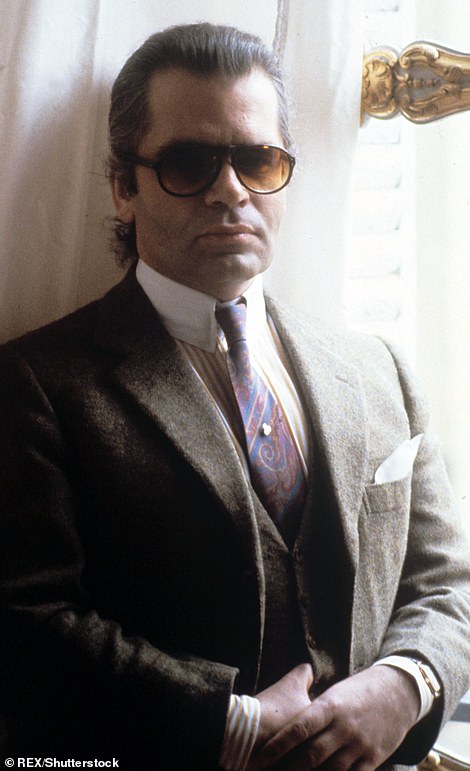 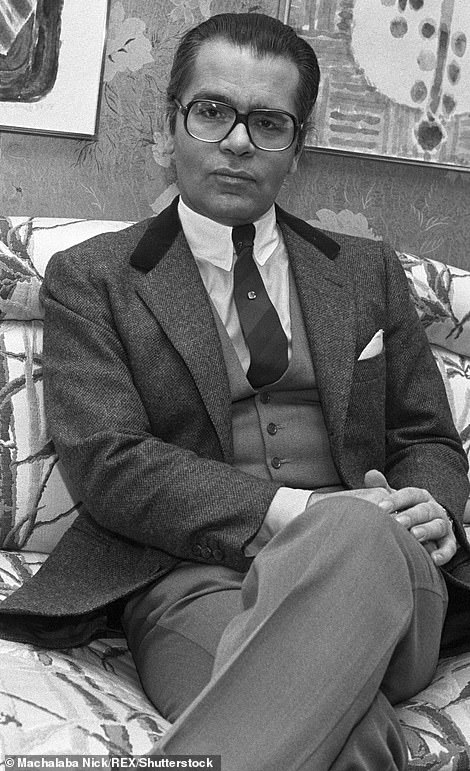 Rise to power: Lagerfeld is pictured in 1982, left, and 1980, right, shortly before he began working with Chanel

Aside from his beloved cat Choupette – who he said he would marry if it were legal – Lagerfeld had no known close relatives aside from a sister in America he had not seen for years.

No funeral announcements have yet been made on behalf of the Lagerfeld estate.

Indeed, Lagerfeld’s decline may have been something of a taboo, as he refused to accept the concept of his own death even in his 80s.

According to Le Monde, when they made contact with assistants at the American Hospital of Neuilly they were terrified to discuss an obituary.

His friend and colleague Bernard Arnault, of LVMH, said to the French paper: ‘His estate, I do not want to consider it. Besides, we never talk about it. The only case similar to Karl’s is the pope, you know!’