Karl Stefanovic jokes about being sacked from Today

It has been reported that Karl Stefanovic’s job as co-host of the Today show is at risk.

And on Thursday’s show, the 44-year-old joked about being sacked from Nine.

In a rather awkward on-air interview with Dally M medal winner Roger Tuivasa-Sheck, Karl asked him a question and got shut down, before joking: ‘I’ve just been ditched again!’

Karl had asked Kiwi NRL star Roger how he felt about Australia now claiming him ‘as our own.’ 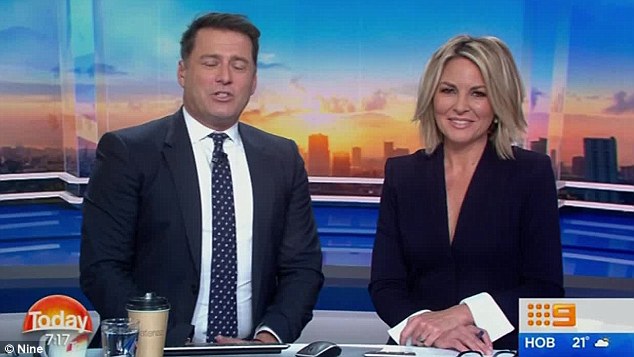 Roger then apologised and said he’s a kiwi through and through.

‘Let down,’ a female voice was heard saying in the background.

‘I’ve just been ditched again!,’ Karl said with a laugh.

Karl added:  ‘Good on you Roger, I can understand it, you’ve got a very stable government over there as well.’

Meanwhile on Wednesday, Karl finally addressed reports that his position at the Today show could be at risk. 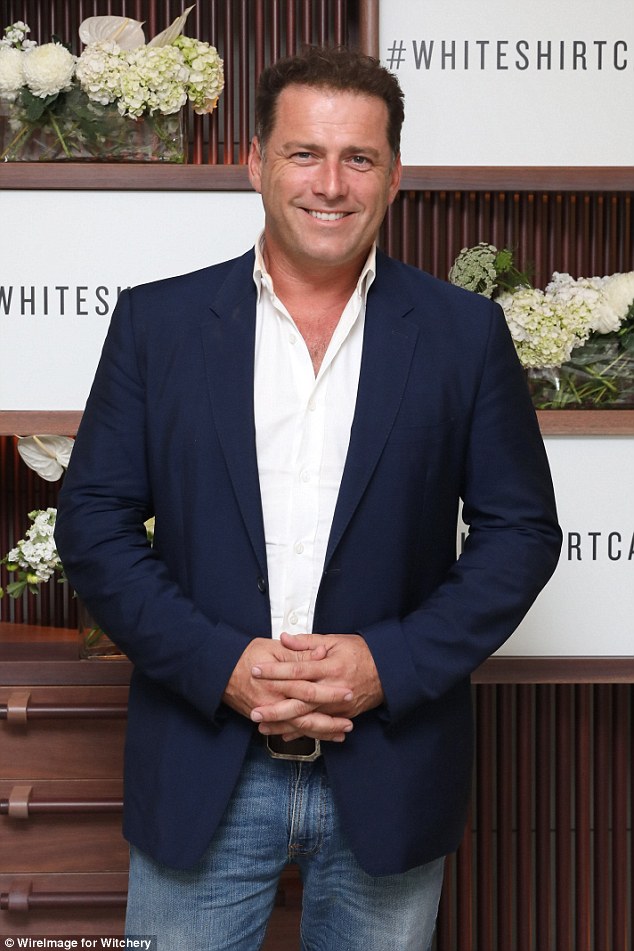 Speaking out: Meanwhile on Wednesday, Karl finally addressed reports that his position at the Today show could be at risk

Karl made a thinly-veiled reference to the media speculation during a segment about that night’s Dally M Awards.

After sports reporter Tim Gilbert criticised a Fairfax article about the Burgess brothers skipping the ceremony in the wake of a ‘lewd video scandal’ (of which Sam was cleared of any wrongdoing), Karl took the opportunity to attack the press.

‘There is so much garbage that gets written about this desk. They [journalists] make it up,’ said a furious Tim.

‘I think you’ve just got to ignore it,’ Karl replied, before Tim chuckled, ‘Do you?’

‘It’s upsetting. It’s upsetting to have stuff written about you, isn’t it?’ Karl then added, before snorting with laughter.

While Karl did not directly reference claims Channel Nine was planning to replace him by the New Year, it was quite clear what he was talking about. 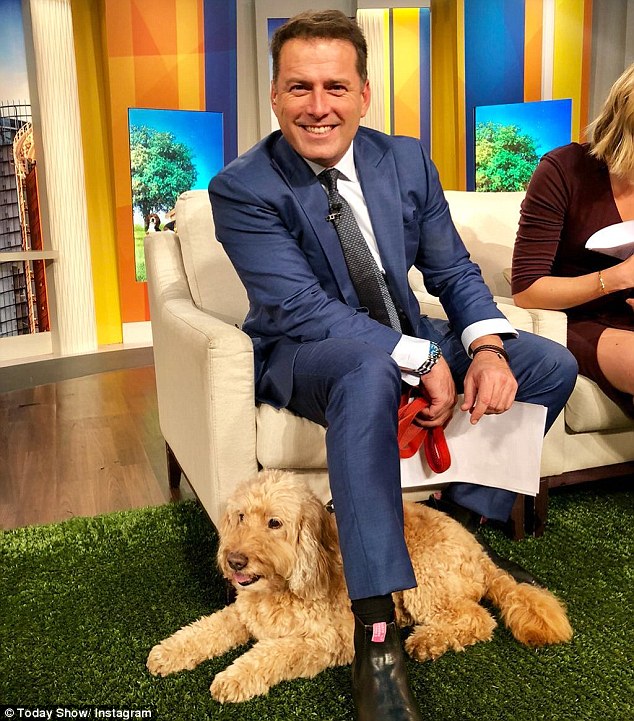 Talking about the latest rumours? ‘It’s upsetting. It’s upsetting to have stuff written about you, isn’t it?’ Karl said, before laughing

It comes after Karl’s boss fired a warning shot at the embattled Today host in the wake of reports he could face the sack due to falling ratings.

Channel Nine chief executive Hugh Marks revealed that while Karl’s job was safe for now, everyone on the show – ‘especially Karl’ – needed to lift their game.

‘Clearly, it’s been a tough and challenging year for Karl and Today,’ Marks said.

‘No doubt the constant publicity surrounding issues with his personal life have had an impact on Karl, his colleagues and on the show. We can’t hide from that.

‘And as a result we know there’s a lot of hard work to be done to win back the audience.’ 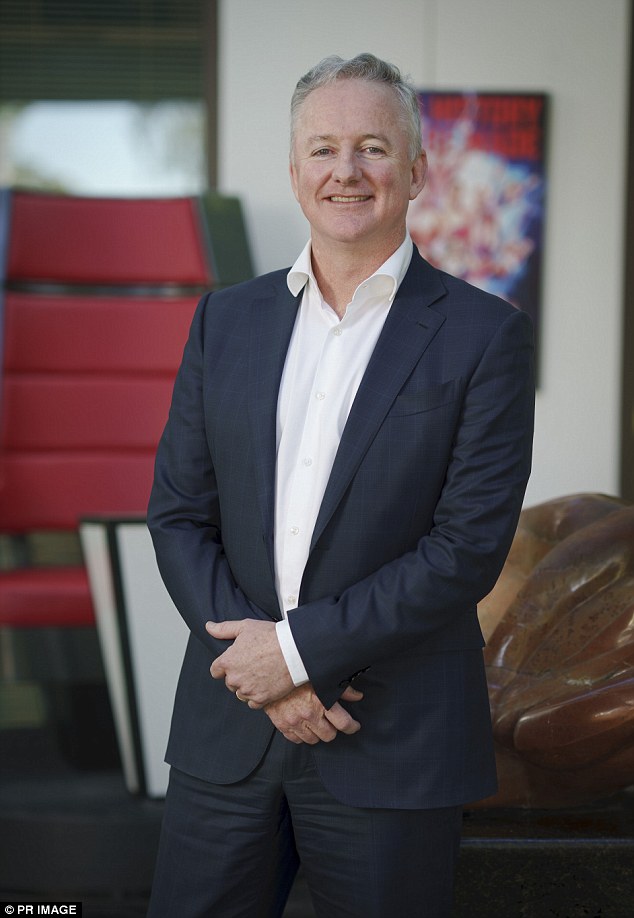 Warning shot: It comes after Karl’s boss fired a warning shot at the embattled Today host in the wake of reports he could face the sack due to falling ratings. Pictured is Channel Nine chief executive Hugh Marks

These extraordinary comments followed claims Karl was set to be ‘axed from the Today show’ within a matter of days and would be ‘replaced in the New Year’.

The reports of a changing of the guard coincided with the Today show losing its battle in the ratings to Channel Seven’s Sunrise.

Karl is currently contracted until the end of 2020, but The Sunday Telegraph reported over the weekend that he could be replaced by early 2019.

‘Top-level sources at Channel Nine’s Willoughby studios say [he] is officially “gone”,’ the newspaper stated while referencing an alleged insider. 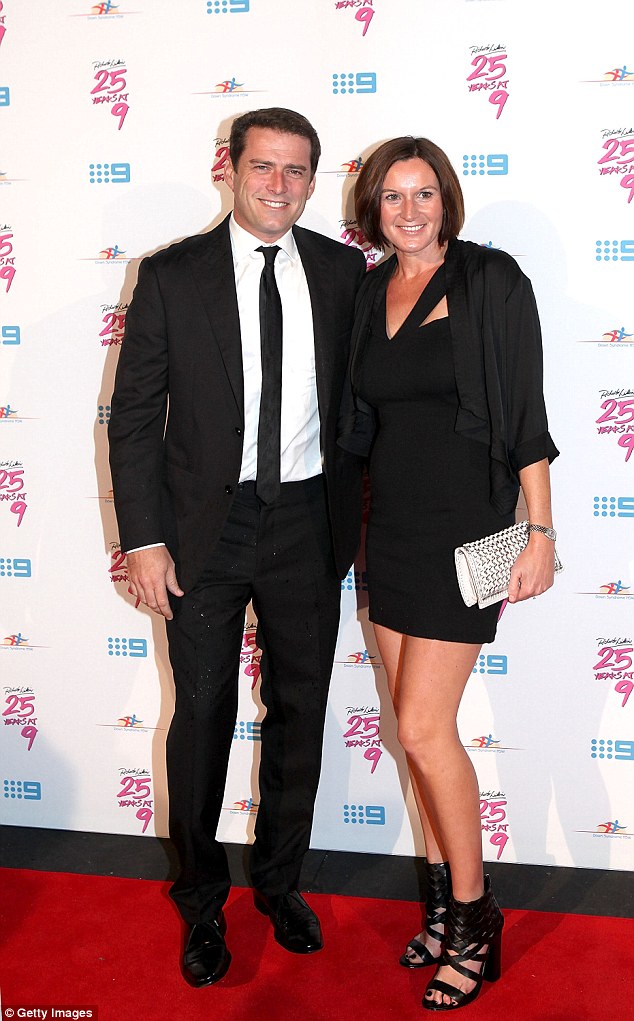 Making headlines: The breakdown of Karl’s 21-year marriage to former journalist Cassandra Thorburn (pictured) and his subsequent engagement to Jasmine Yarbrough, 34, has been a major factor in the show’s ratings collapse

News Corp also reported that Today’s executive producer Mark Calvert could face the chop as well, as part of an ‘engine room makeover’.

However, Marks said he was supporting Karl and co-host Georgie Gardner in their bid to recover the program’s dwindling audience – but warned that everyone on the show needed to work hard.

The breakdown of Karl’s 21-year marriage to former journalist Cassandra Thorburn and his subsequent engagement to Jasmine Yarbrough, 34, has been a major factor in the show’s ratings collapse.

Audience data shows that Today viewers first started switching off in September 2016, the same month it emerged Karl had left his wife.

Since then numbers have been mostly declining, recently hitting a 12-year low. 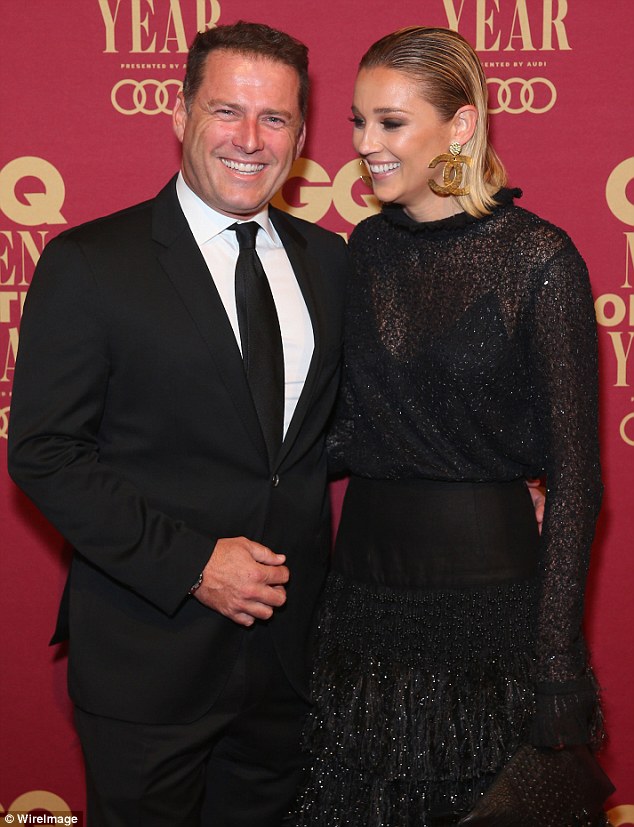