Karl Stefanovic makes a BRUTAL joke about his mother-in-law

Karl Stefanovic makes a BRUTAL joke about his mother-in-law live on the Today show – before insisting ‘I’m only joking, Chez!’

Jasmine Yarbrough’s mother, Cheryl, travelled to Sydney in April to support her as she welcomed her first child, daughter Harper May.

But on Tuesday, Karl Stefanovic made a brutal joke about his mother-in-law returning to Queensland while discussing his recent weight loss on the Today show.

The segment started off with the father of four, 45, giving viewers an update on his fitness challenge, after vowing to lose 10kg and get back into shape.

Only joking! Today show host Karl Stefanovic (centre) made a brutal joke about his mother-in-law, Cheryl Yarbrough, while discussing his weight loss challenge on Tuesday

‘So that was the last shot. That was taken at the halfway mark where I’d lost 5kg,’ Karl said, referring to a photo of himself.

‘And I am delighted to report that I have in fact lost around 60kg in the form of my mother-in-law!’ he added.

Karl then burst into laughter, before saying: ‘Sorry Chez, I’m only joking! She’s gone home and I’ll not doubt be reunited with her soon.’ 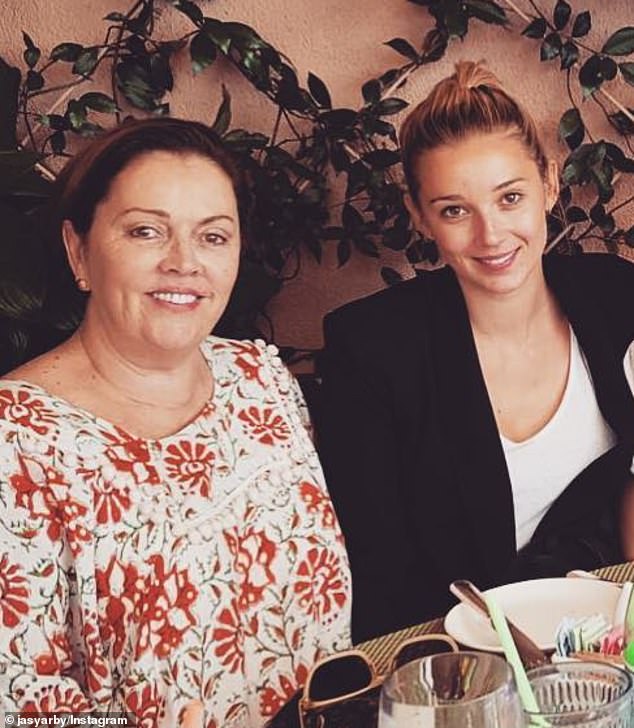 ‘Sorry, Chez’: Karl joked that he had ‘lost around 60kg in the form of my mother-in-law’, referencing the fact Cheryl (left with her daughter, Jasmine) had just returned to Queensland

On May 18, Karl let slip on the Today show that Cheryl was still living in his home, weeks after Jasmine had given birth.

He joked on air: ‘My mother-in-law is still living with me… She has got to go back home at some point!’

The Channel Nine host made the joke during a conversation with Queensland Premier Annastacia Palaszczuk about the state’s border closures. 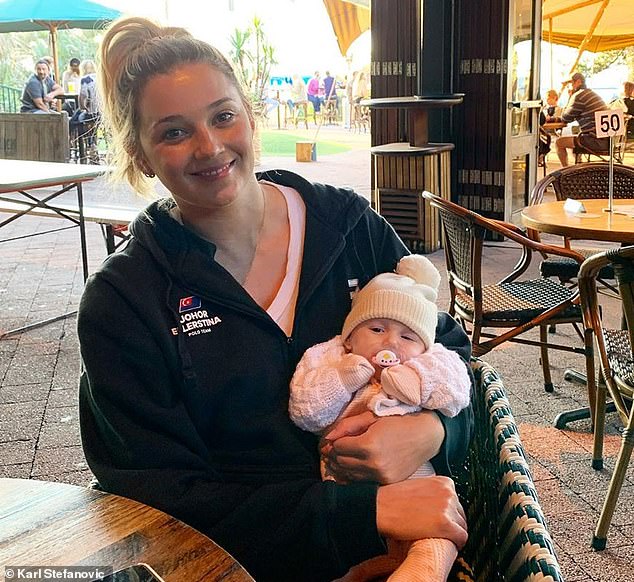 Growing family: Karl’s mother-in-law, Cheryl, had travelled to Sydney in April to be with her daughter, Jasmine, before she gave birth. Jasmine is pictured with baby Harper May

The border between New South Wales and Queensland was closed in April.

After joking about his mother-in-law being stuck in NSW, Karl did clarify she’d been a tremendous help to both him and Jasmine with their newborn.

The Stefanovics welcomed Harper on May 1 at the North Shore Private Hospital. 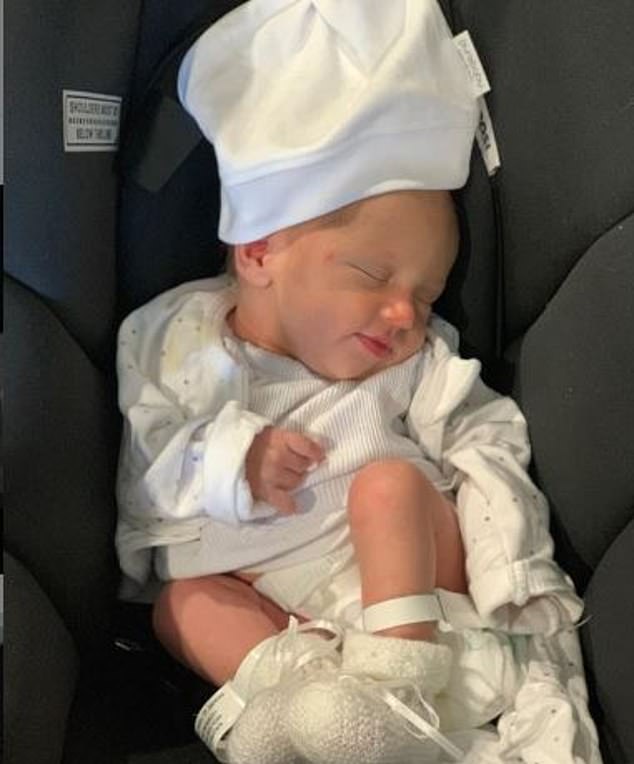 Proud parents: The Stefanovics welcomed Harper on May 1 at the North Shore Private Hospital