Karl Stefanovic has slammed Scott Morrison’s federal government over the bungled vaccine rollout, zeroing in on the Prime Minister’s continued refusal to apologise.

Treasurer Josh Frydenberg appeared on the Today show on Thursday morning to discuss Morrison’s press conference in Canberra on Wednesday as he confirmed 14 million Australians could remain in lockdown for ‘months’.

Stefanovic challenged Frydenberg to apologise for the situation the country finds itself in while countries with high vaccination rates are opening up and allowing their citizens to travel.

‘People are angry, people are frustrated. The PM won’t say sorry. Are you prepared to say sorry for the rollout?’ the Today host asked the Treasurer.

‘Well, we accept responsibility, that’s even more important because what is key here is what take us forward. Our focus is ensuring as many people get the jab but no country is doing it easy,’ Frydenberg replied, dodging the question. 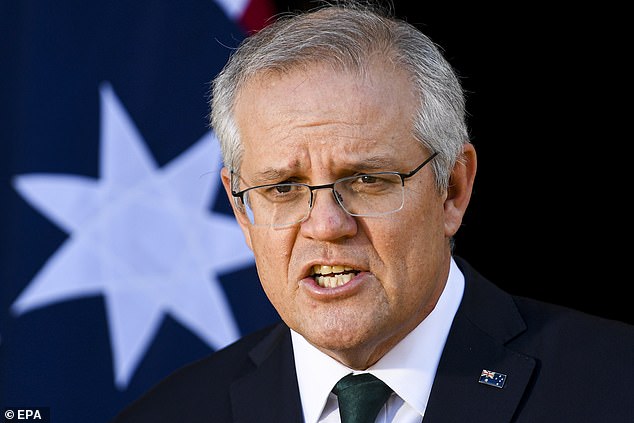 The prime minister has repeatedly come under fire for refusing to apologise for the bungled vaccine rollout.

‘Sorry seems to be the hardest word, right?’ the Today host asked.

‘Look, this is really, really difficult. This vaccine rollout…’ Frydenberg replied before Stefanovic cut him off.

‘Just say it, Josh,’ he interjected.

‘We are accepting responsibility,’ the Treasurer said. 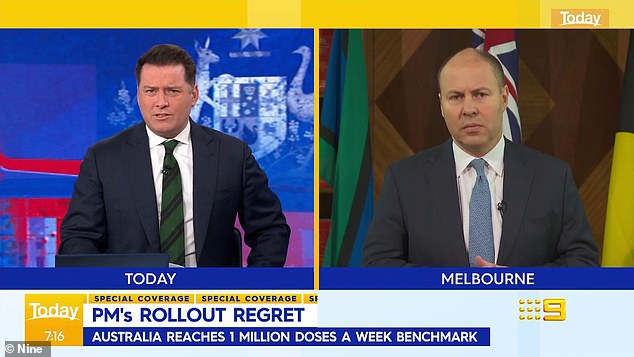 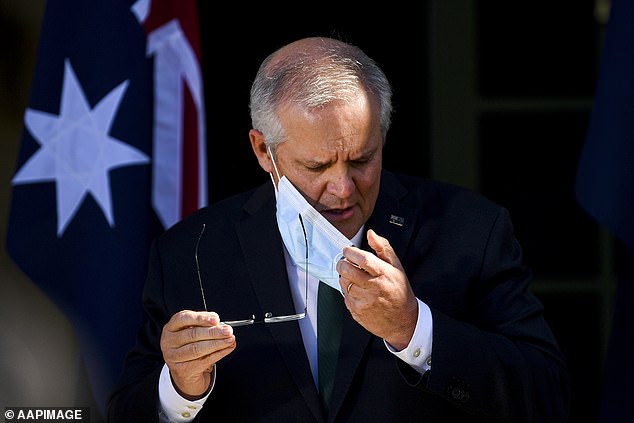 Australia has fully vaccinated only 14.52 per cent of over 16s – the lowest rate in OECD group of 38 rich nations – meaning lockdowns could be required for months while the rate rises

On Thursday NSW recorded 124 new cases of Covid-19, the biggest overnight spike for the state since the pandemic began.

The Delta variant of Covid – which originated in India in April – has been described as ‘Covid-19 on steroids’ and is twice as infectious as the original Wuhan strain.

Australia has fully vaccinated only 14.52 per cent of over 16s – the lowest rate in OECD group of 38 rich nations.

The Prime Minister did not mention this statistic as he compared Australia to other nations which are suffering high case numbers.

‘What Australia is dealing with right now is no different to countries all around the world – whether it’s in the United Kingdom where we’re seeing almost 50,000 cases  a day.

‘We’re seeing similar very high rates of infection in Indonesia… we’re seeing lockdowns occur back in Singapore again. We’ve seen the Netherlands open and shut within days of their Freedom Day,’ he said.