Karl Stefanovic has lashed out at Australian banks for hitting their mortgage holders with massive interest rates rises at the same time as giving new customers a ‘sweet deal’.

The Today Show star spoke out on Friday morning as lenders face an 11.3 per cent shrink in new borrowers.

The TV star said he was ‘irritated’ over the bad deal existing buyers with a mortgage get when compared with new customers, who have been getting larger discounts on their rates.

Canstar’s finance commentator Effie Zahos (pictured, left on the Today Show on Friday) said mortgage holders can negotiate and get a better deal if they ‘can be bothered’ 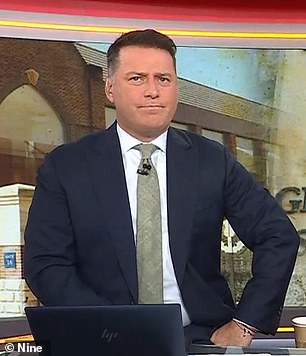 TV host Karl Stefanovic (pictured) said on Friday: ‘What really, really, really irritates me – the fact that the banks have upped all of our interest rates, but if you are a new customer – you get a sweet deal’

His co-host Sarah Abo joked, ‘A lot of things.’

‘No, but what really, really, really irritates me – the fact that the banks have upped all of our interest rates, but if you are a new customer – you get a sweet deal,’ he said.

‘That is the money world, Karl,’ Ms Zahos said. ‘It’s frustrating to me because [the banks] rely on people being lazy to support the discounts.’

Ms Zahos, Canstar’s editor-at-large, called on those tied in with a loan to negotiate a better deal with their lenders or get out.

‘They don’t want you to leave – [if] you leave you also take your savings with you as well,’ she said. ‘If you can be bothered to do it, you will save yourself a fortune.’ 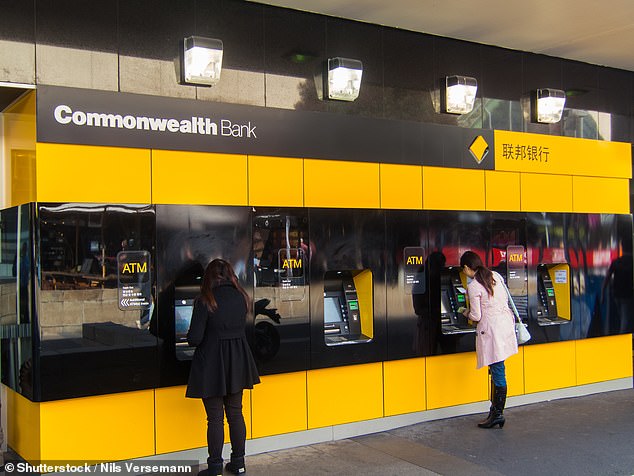 The Commonwealth Bank (pictured) offer a 4.19 per cent interest rate for new customers

Westpac offers the cheapest interest rate to new borrowers at 3.99 per cent with the loan increasing to a higher rate in two years.

The Commonwealth Bank also offers a 4.19 per cent rate for new customers.

The Today’s Show host’s comments come as Australians trying to buy a home face the prospect of repaying massive mortgages.

The Reserve Bank announced the last 50 basis points hike on September 6, pushing the official cash rate to 2.35 per cent.

All big four Australian banks have passed on the increase in full.

Ms Zahos (pictured, left) called on those tied in with a loan to negotiate a better deal with their lenders or get out

The latest hike pushed each of the big banks’ standard variable interest rates for interest-only loans to above seven per cent.

The central bank has now inflicted rate rises on Australians with a mortgage in May, June, July, August and September.

That is the steepest series of increases in a calendar year since 1994.

Reserve Bank Governor Philip Lowe stated this would be far from the last rate rise during this monetary policy tightening cycle in the central bank’s attempt to control rising inflation.

The inflation rate is expected to hit a new 32-year high in 2022 as consumers continue to spend.

‘The board expects to increase interest rates further over the months ahead, but it is not on a pre-set path,’ he said on Tuesday.

‘The size and timing of future interest rate increases will be guided by the incoming data and the board’s assessment of the outlook for inflation and the labour market.

Meanwhile, new research from Roy Morgan revealed an estimated 854,000 mortgage holders – 19.4 per cent – were at risk of ‘mortgage stress’.

Home loan demand has dropped this year by 11.3 per cent, according to the ABS. 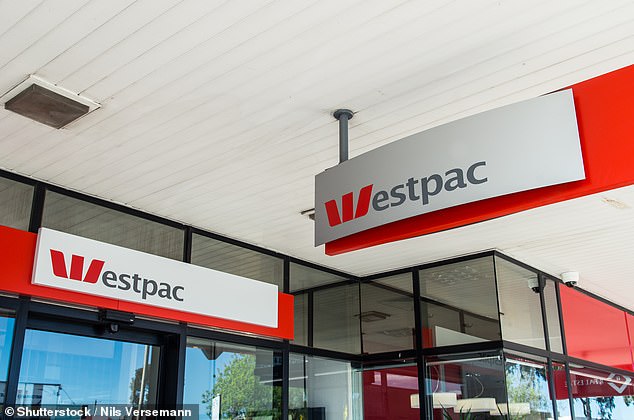 Westpac (pictured) offers the cheapest interest rate to new borrowers at 3.99 per cent with the loan increasing to a higher rate in two years