It has long been known that Karl Stefanovic, 44, is best pals with billionaire businessman, James Packer, 51.

And now, James will take a special place at his extravagant nuptials to Jasmine Yarbrough, 34, by serving as a groomsman.

On Friday, PS Sydney reported that James is tipped to stand alongside the Today Show presenter’s two brothers Peter and Tom.

He’s in the wedding party! Karl Stefanovic’s (right) billionaire best pal James Packer (left), 51, is set to be one of his groomsmen at his extravagant nuptials to Jasmine Yarbrough next month

The publication has reported billionaire James bought land in Mexico at Cabos San Lucas, which is nearby where Karl and Jasmine will tie the knot.

The Today Show host reportedly had a ‘mild panic’ after bride-to-be Jasmine said she wanted ‘seven bridesmaids’ and a big Queensland wedding.

Karl and James have known to be close, with snaps first emerging of the pair on the multi-billionaire’s super yacht in Bora Bora last year. 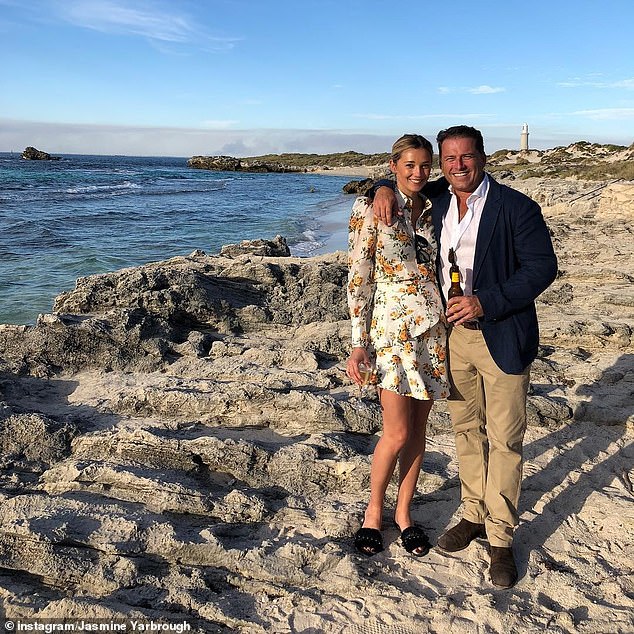 Big day: It comes after Karl reportedly had a ‘mild panic’ when Jasmine (left) said she wanted to have seven bridesmaids at the couple’s wedding

According to The Sydney Morning Herald, Karl sat front row at James’ wedding to Erica Baxter, 41, on the French Riviera in 2007.

When Karl moved out of his marital home in 2016, he reportedly stayed at James’ beachfront ‘bachelor pad’ in Sydney’s Bondi – a sign of how close the two men are.

Karl and Jasmine are set to tie the knot on December 8. 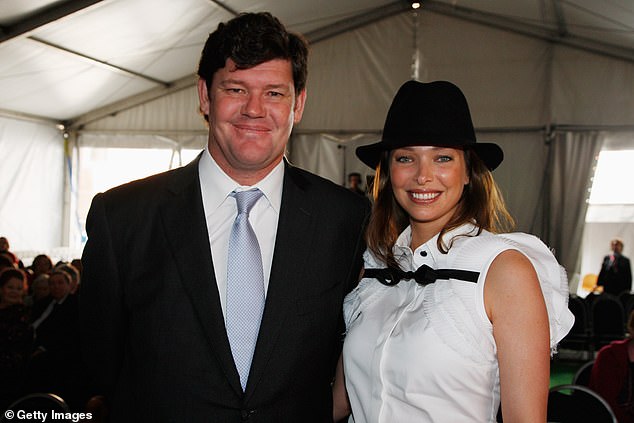 The wedding will be a three-day affair, with the soon-to-be newlyweds sparing no expense.

It comes after Karl revealed some candid details of what punters can expect from his upcoming Mexican nuptials. 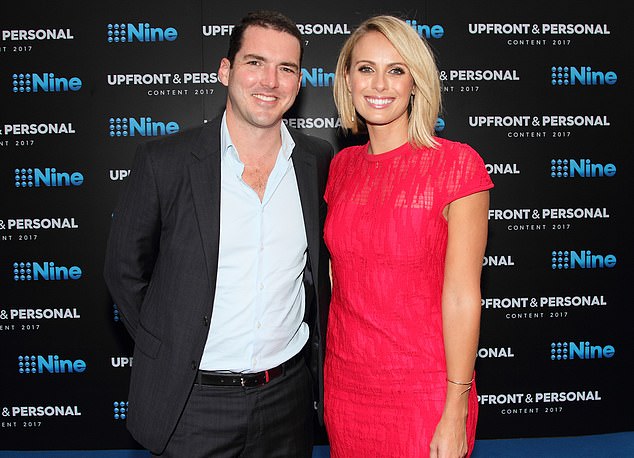 Standing next to Peter: Peter Stefanvoic (left) will also serve as a groomsman for Karl. Peter  is pictured with wife and Today Show presenter Sylvia Jeffreys

‘I’m marrying a Queensland girl, there is going to be a few Queensland elements to the wedding. It’s a really important thing for us,’ he told The Courier-Mail.

Karl also revealed that his biggest hope was that there was ‘a lot of love’ for him and Jasmine on their wedding day.

‘There’s going to be a lot of love in the room, and I think it will be a really nice opportunity to say ‘thanks and we’re getting on with it’,’ he told the paper. 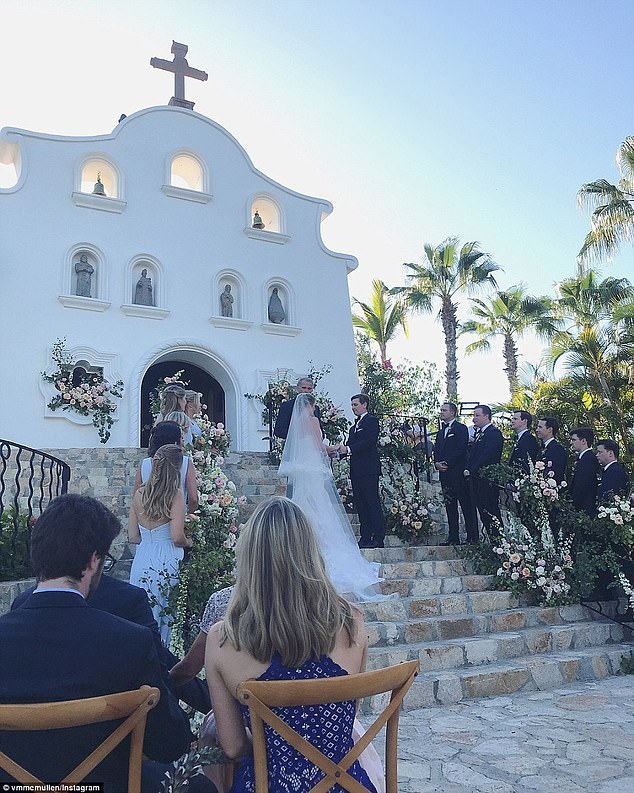 Ready to celebrate: The wedding will be a three-day affair, with the soon-to-be newlyweds sparing no expense (pictured is another couple marrying at the chapel)

Karl went on to say that the couple are ‘very fortunate to have met each other’ and ‘just want to focus on getting on with life’.

His Today show colleague Richard Wilkins will also no doubt make an appearance, bringing along his new partner Virginia Burmeister. 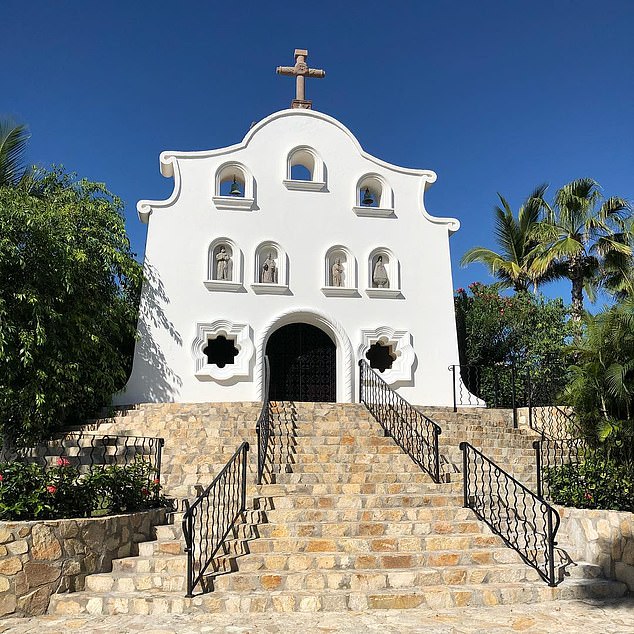 Wedding location: Karl and his shoe designer partner are expected to tie the knot in a picturesque chapel at the One&Only Palmilla Resort (pictured) where they’ll also be staying

And, of course, Karl’s manager Sharon Finnigan will be expected to attend.

The aspiring model told Daily Mail Australia at the Melbourne Cup that he expects lots of ‘tequila’ at the Cabo San Lucas ceremony. 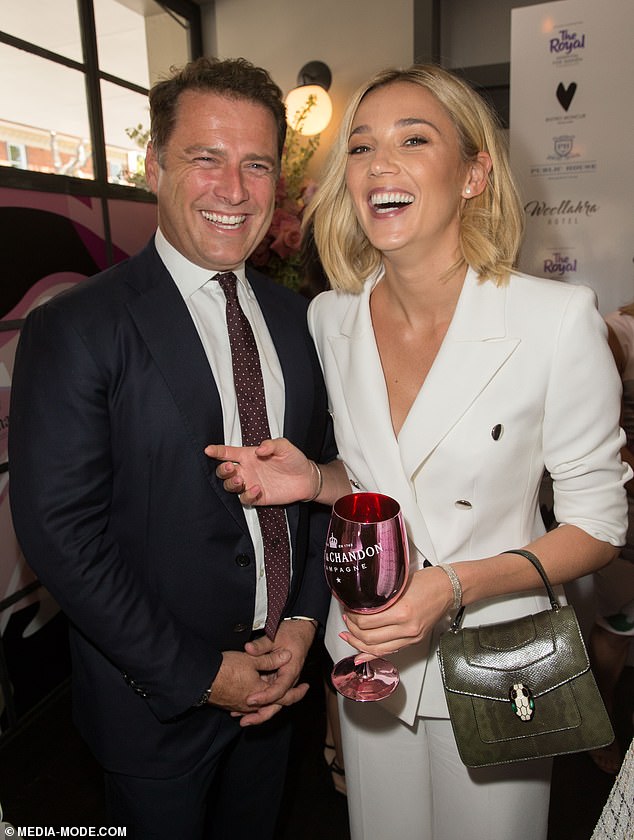 Almost man and wife! Karl and Jasmine (pictured) have secured their wedding licence ahead of their Mexican nuptials, a source confirmed to Daily Mail Australia on Saturday