She is well known for showing off her flawless figure on runways and in promotional photoshoots.

And on Monday, Karlie Kloss was seen turning a pared-down outfit ensemble into an opportunity to strut her stuff while heading out on an errand run in New York City.

The 29-year-old model and former Victoria’s Secret Angel appeared to be making the most of her time in the pleasant autumn weather as she closed a car door after picking up a cold-pressed juice.

Stepping out: Karlie Kloss was seen turning a toned-down outfit into an eye-catching ensemble during an errand run in New York City on Monday

Kloss wore a sizable navy blue hoodie that kept her nice and warm in the crisp autumn air during her outing.

The runway regular also sported a pair of slim-fitting blue jeans that clung to her chiseled thighs, as well as a set of stylish leather loafers.

The fashion industry personality kept a sizable black bag slung over her left shoulder, and her lovely blonde locks were tied back in a tight bun.

She also wore a black Adidas facial covering to reduce her chance of contracting COVID-19 during her time in public. 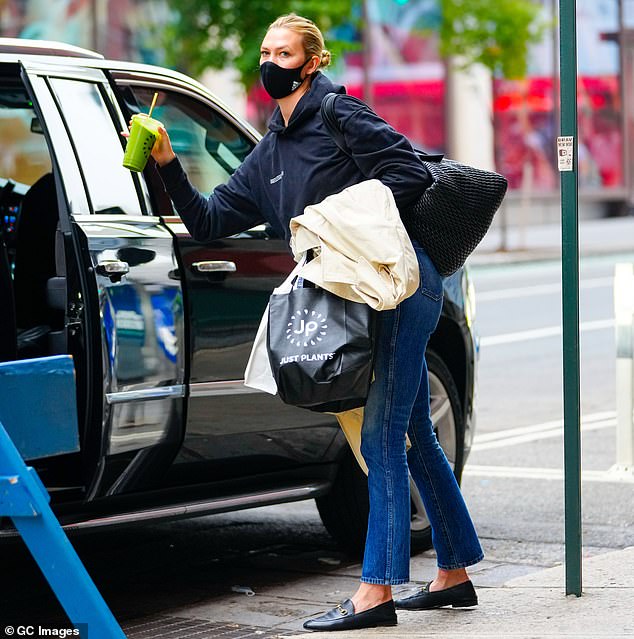 Taking it easy: The supermodel wore a navy blue hoodie and a slim-fitting pair of blue jeans as well as a set of stylish leather loafers

Kloss has been featured in advertisements for companies such as Dolce & Gabbana, Uniqlo and Calvin Klein, among numerous others.

The model also has a long-standing partnership with Adidas, and she was pictured wearing several of the athleticwear brand’s items in a series of shots that were shared on her Instagram account late last month.

The social media personality sported a predominantly black outfit that included a track jacket, athletic bra and leggings, with the latter two conforming tightly to her impeccably sculpted physique.

Her gorgeous blonde locks and a single golden necklace served to accentuate the darker colors of her clothing. 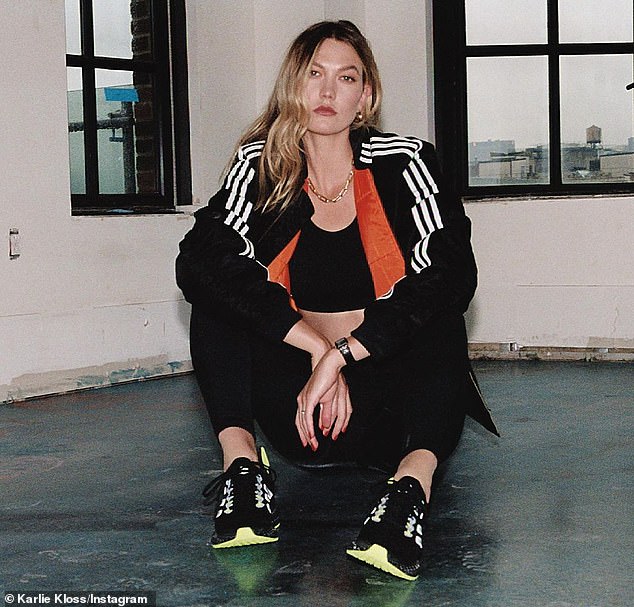 Showing it off: Kloss has been involved with Adidas for an extended period of time, and she was featured in several promotional photos for the brand that were shared to her Instagram account late last month

Kloss previously spoke about her partnership during an interview with Elle, where she noted that she was happy to help design clothes that would make wearers feel great and perform at high levels.

She specifically noted that she was excited about ’empowering young women to take part in sports, but also the fashion aspect of it—creating pieces that are functional and fashionable and the best-in-class performance gear.’

The fashion industry figure then noted that she maintained a sporty lifestyle and that maintaining a high level of physical activity was a major part of her success as a model.

‘I loved the role that sports had and continue to have in my life. It’s such a core part of how I connect to my body and my mind and how I feel my best,’ she said. 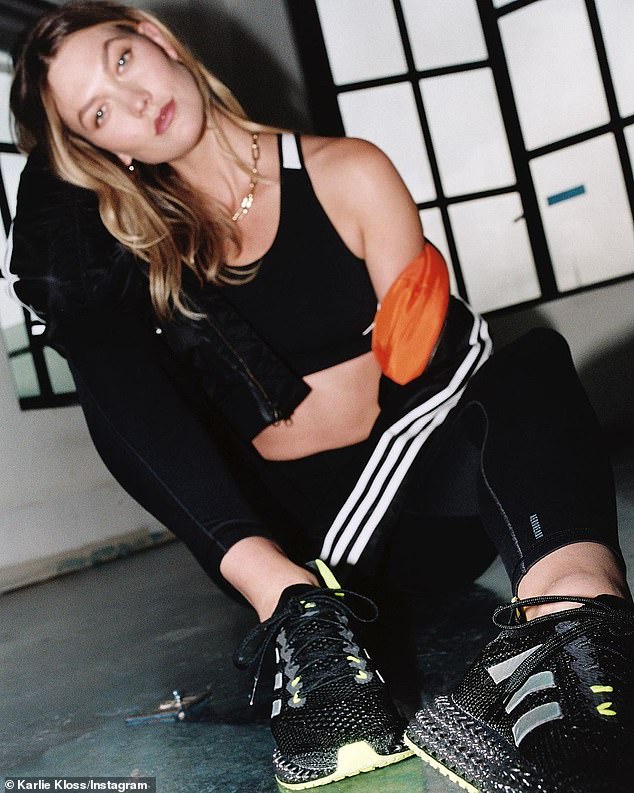 Staying in shape: During an interview with Elle, the former Victoria’s Secret Angel described playing sports as ‘such a core part of how I connect to my body and my mind’

She added that the partnership was ‘a dream come true…Long before my day job being a model, I really have always identified as an athlete.’

Kloss went on to express that she was grateful to have been involved with the design of Adidas’ activewear and noted that she was looking forward to doing so in the future.

She remarked that being ‘a part of the creative process in a very involved way has been such an incredible evolution of how I get to do my job.’

The supermodel concluded by pointing out that, although she was best known for her work in the fashion industry, she took pride in being a multitalented individual.

‘I don’t identify as just one thing. Yes, I’m a model, but I also consider myself and treat my body and my mind like an athlete…I have all these various aspects of who I am,’ she said. 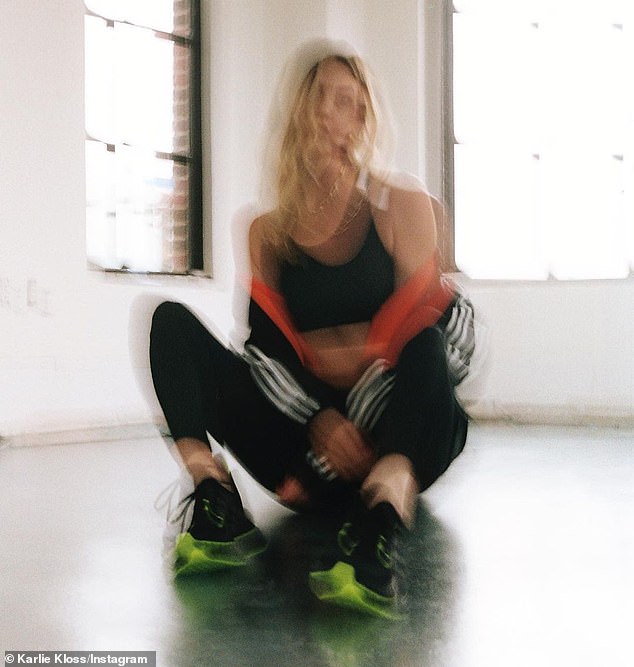 Pitching in: The model also told the media outlet that she was happy to be ‘a part of the creative process in a very involved way’