A 50-word letter was all it took for a Sydney celebrity wedding planner to be gifted her dementia sufferer grandad’s property with sweeping views of the Pacific Ocean.

The only catch? The piece of paper was a forgery, according to a damning series of court rulings.

A bitter family battle over the fortune of top radiologist Dr Alan Grant was laid bare in an appeals court judgment this month.

On one side was Dr Grant’s daughter Nerez Grant and granddaughter, Kashaya Williams, who runs wedding business Kashaya & Co, a favourite of well-known Sydneysiders.

Kashaya’s business has contributed to the events of big name couples such as AFL star Kieran Jack and Charlotte Goodlet, and Bachelor Tim Robards and Anna Heinrich.

On the other side of the long-running feud feud were Nerez’s younger siblings, acclaimed neuroscientist Professor Seth Grant and sister Tansin.

They demanded the mother-and-daughter’s transfer of the $900,000 NSW Central Coast property from Dr Grant’s estate to Kashaya be set aside.

Celebrity wedding planner and florist Kashaya Williams (pictured with husband Evan) has been ordered to hand back a $900,000 home that was transferred from her grandfather’s estate 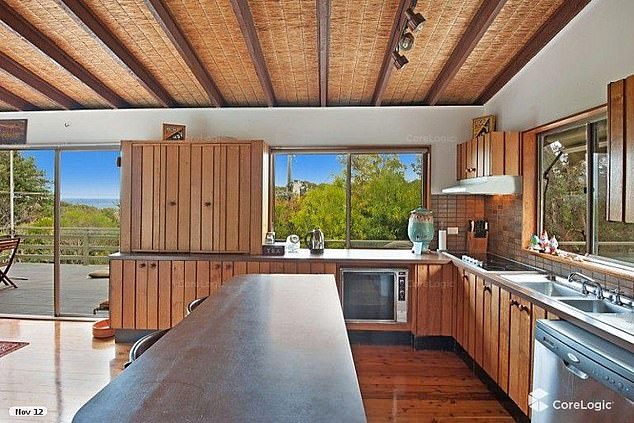 Kashaya received the Killcare home (above) after her mother received a letter from Dr Alan Grant, requesting she ‘please’ give his property to her 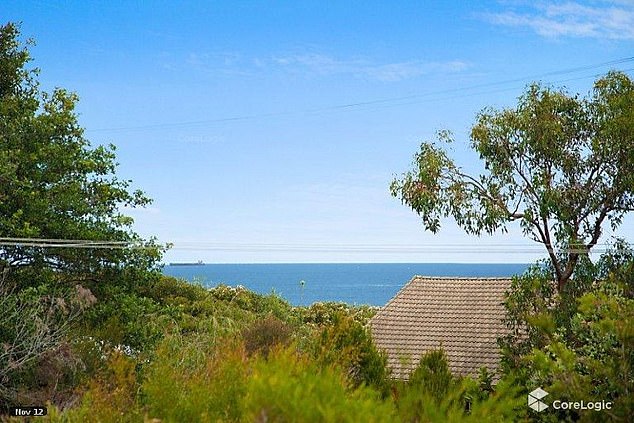 The Killcare, NSW Central Coast property has sweeping views of the Pacific Ocean and is tucked away in bushland 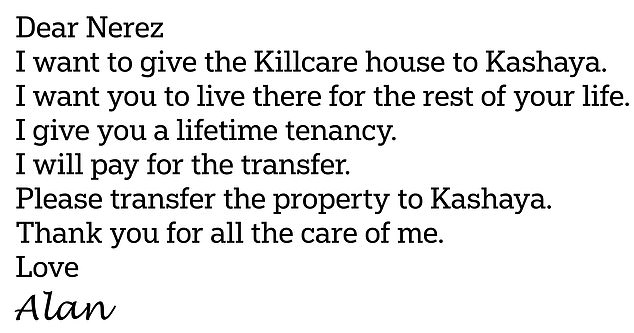 This is the letter Kashaya’s mother Nerez Grant claimed to have received from her father, radiologist Dr Alan Grant, in 2016. The signature was forged, a court ruled. (Digital mock-up above)

The NSW Supreme Court heard that five years ago, Nerez claimed Dr Grant had handed her a letter about the Killcare home.

The April 11, 2016 letter purportedly stated: ‘Dear Nerez, I want to give the Killcare house to Kashaya.

‘I want you to live there for the rest of your life. I give you a lifetime tenancy.  I will pay for the transfer. Please transfer the property to Kashaya.

‘Thank you for all the care of me.’

The letter was typed except for its final word – Dr Grant’s name, signed Alan, the court judgment said.

Nerez, who had enduring power of attorney over Dr Grant’s estate at the time, transferred the property to her daughter and paid the stamp duty.

I want to give the Killare house to Kashaya … I will pay for the transfer. Please transfer the property to Kashaya

Dr Grant’s son Seth called evidence from analyst Melanie Holt who said the signature appeared to have been copied from another document.

‘The handwritten name … is not natural writing,’ Ms Holt found. The signature was identical to a previous autograph of Dr Grant’s from years earlier, she said.

The judge accepted evidence that the signature had been photocopied from another document and the letter was fabricated.

Justice Slattery later ruled that Kashaya had obtained the property in a ‘dishonest and fraudulent scheme’ involving herself and her mother.

‘They must have known that this was a fraud on Dr Grant because they were taking his last asset and putting him in a helpless position,’ the judge said in his decision.

However, in follow-up ruling, the judge noted while ‘one or other of Nerez Grant or Kashaya Williams must have been responsible’ for the forged letter, the court has not found which was responsible. 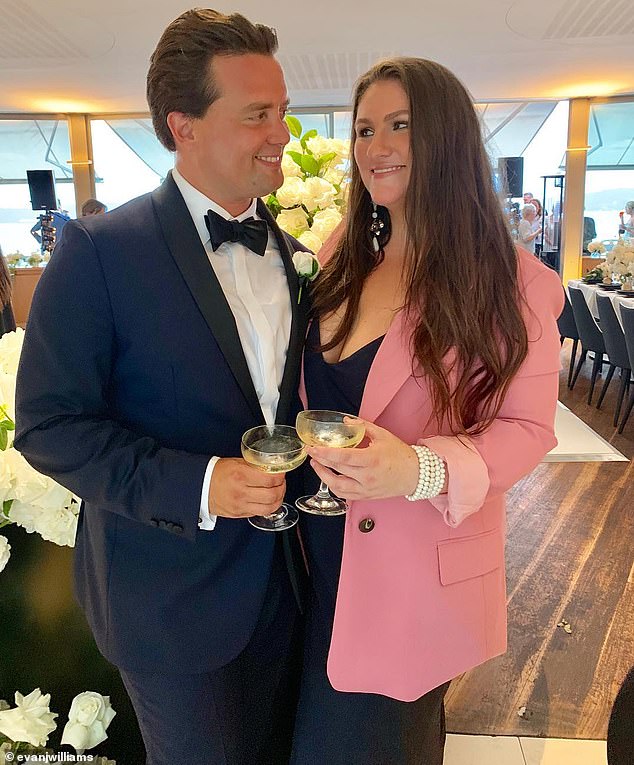 In his decision, the judge said Nerez Grant and daughter Kashaya (right) ‘must have known that this was  a fraud on Dr Grant’. Kashaya and her mother lost an appeal this month 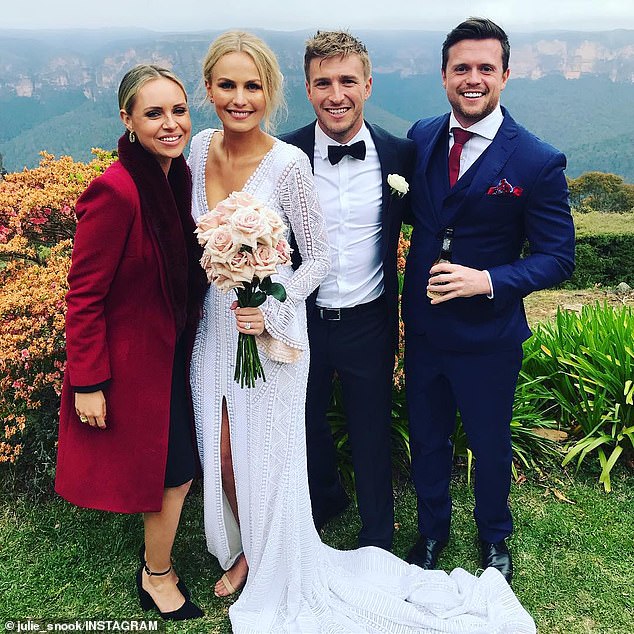 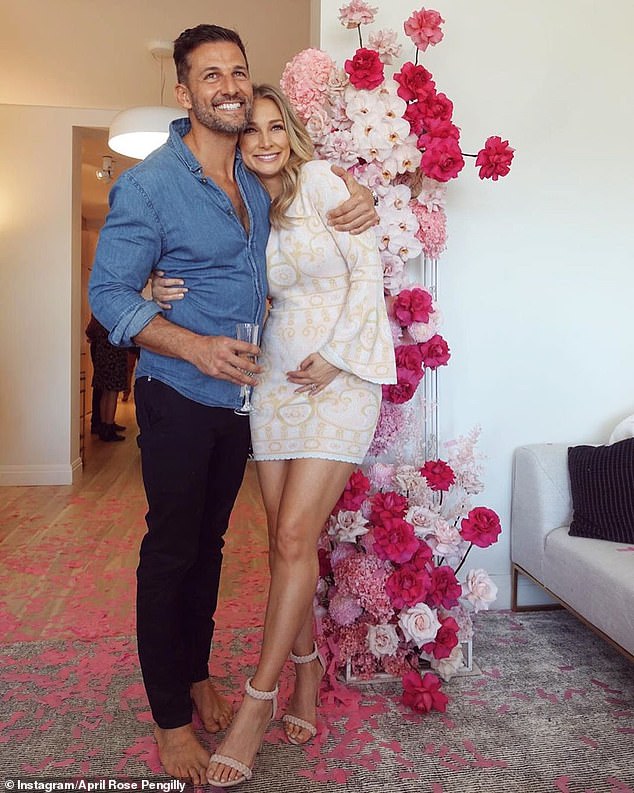 Dr Grant and his late wife Gwynneth were described as a gifted couple – with him practising medicine and her playing violin with the Sydney Symphony Orchestra.

They built a multi-million dollar fortune which family members had benefited handsomely from.

However, the clan was left ‘deeply scarred’ by ongoing feuds which lingered on even after Mrs Grant died in 2017 and Dr Grant in 2019.

Last year, Justice Slattery ordered that the Killcare property be transferred to Seth Grant, as the administrator of his estate.

But Ms Williams and Nerez Grant appealed. They argued the judge had failed to take into account ‘expert reports’ supporting their case.

A panel of judges dismissed that appeal this month, ruling they had failed to identify any expert reports, or refute the handwriting expert’s testimony.

The appeal was dismissed and Nerez and Kashaya were ordered to pay Professor Grant and Tansin’s costs.

A further appeal on family provisions grounds was either dealt with by the trial judge or irrelevant, the panel of judges found.

Daily Mail Australia approached Kashaya Williams, who did not attend the appeal hearing, for comment on Tuesday.