It was only a game of hockey but the determination on Prince William’s face as he struck the ball, aiming for victory against his wife, might have belonged to an Olympian.

Kate, 36, and William, 35, arrived in Stockholm this morning and quickly showed off their trademark competitiveness as they picked up sticks and tried out Swedish traditional sport ‘bandy hockey’.

Prince William was all gritted teeth and athleticism, and the Duchess of Cambridge, pregnant with the couple’s third child, showed similar gusto when she landed a perfect shot on target.

According to a leading counsellor for Relate, Kate and William’s competitive approach to the game – and beating each other – is actually a sign of a very healthy relationship.

Snow joke! Prince William whacks a ‘bandy hockey’ ball this morning during a game of the traditional Swedish sport while on the first day of the couple’s royal tour of the Scandinavian country 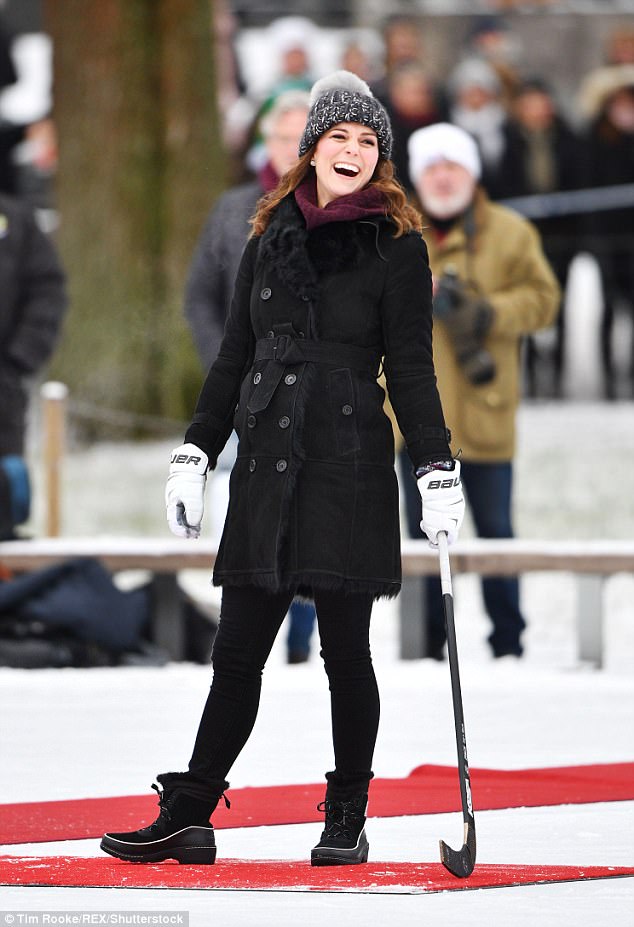 High spirits…but with Kate’s hockey credentials, the Duchess, due to give birth in April, looked confident as she picked up the hockey stick and aimed for goal 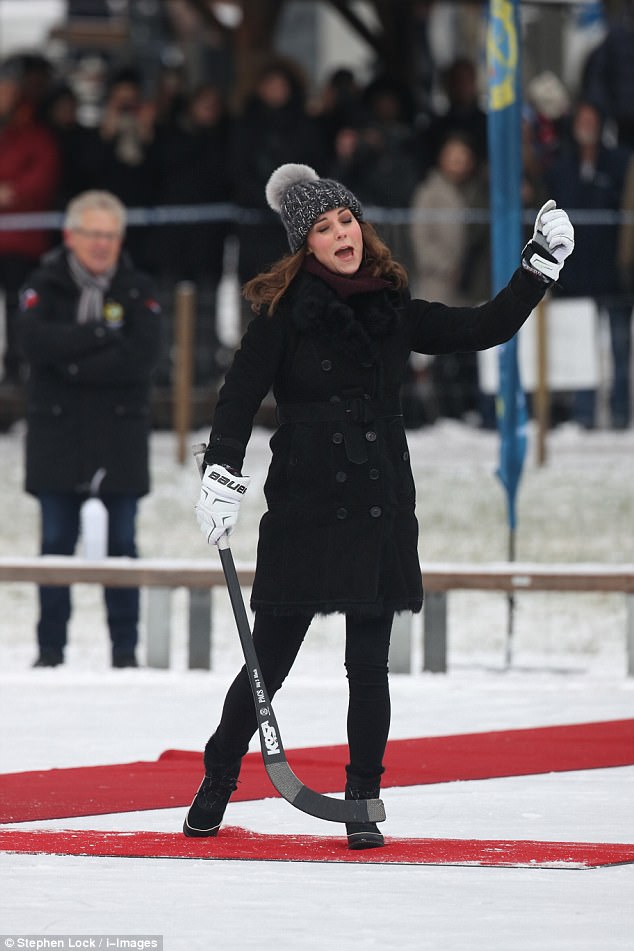 This girl can! The marital competitiveness that Kate and William have shown numerous times appeared all over again as the Duchess pumped her fist at scoring a goal 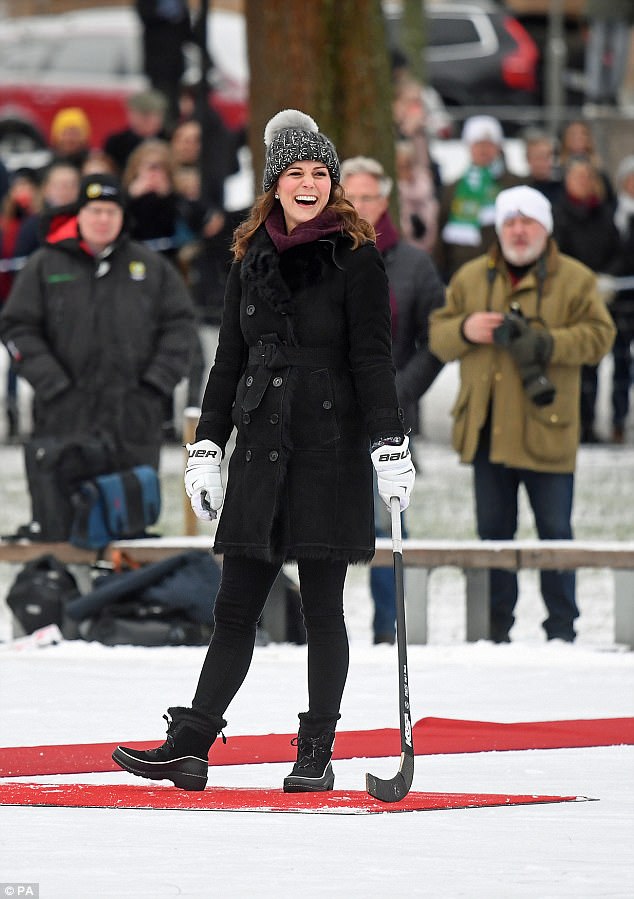 Denise Knowles, a marriage guidance counsellor for more than 25 years, told Femail that the old adage – ‘couples who play together, stay together’ – rings true, and that trying to win against your partner could be a sign of fantastic chemistry.

She explains: ‘Kate and William look like they’re having fun together which can be a sign of great chemistry.

‘As long as it’s good competition then it can be a sign of a very healthy relationship. The ability to have fun together and not take things too seriously can be a great thing.’

Knowles adds: ‘Although I wouldn’t comment directly on Kate and William, it’s fair to say that couples who play well together can often take that fun into other areas of their lives. It shows a willingness to explore different things and enjoy life together.’ 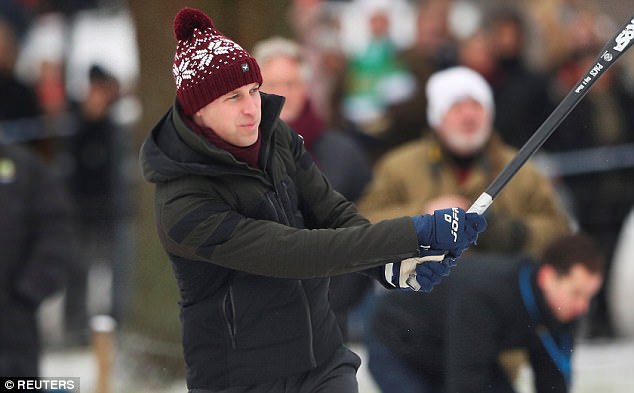 Goooaalll! Prince William kept clearly focused as he proved victorious in the mini-competition, beating Kate by two shots to one 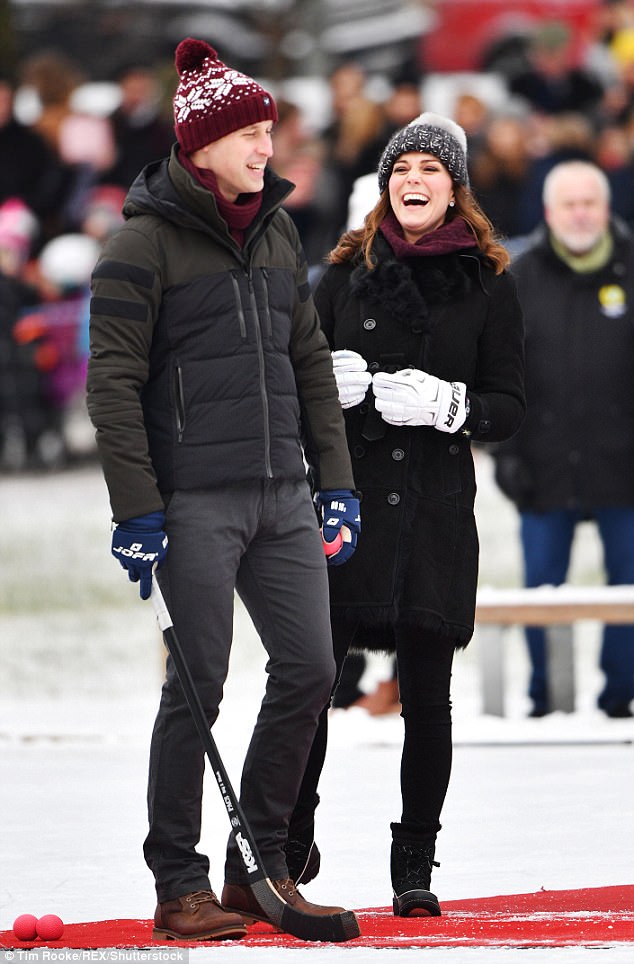 Good sports! Kate and William appear as though they’re having fun together, something which is crucial if competitiveness in a relationship is to remain healthy 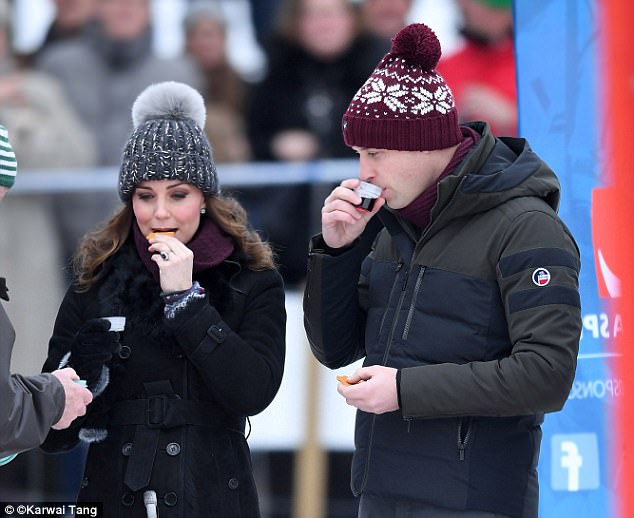 The couple, nibbling on Scandi biscuits and drinking gluhwein, were also seen cheering each other on, which Knowles explains shows that the rivalry is supportive

Kate, a keen hockey player, clearly felt comfortable in the impromptu sporting arena as did William, who eventually went on to win the mini-match by two goals to one.

Their healthy rivalry was noted by international Bandy player Anna Widing, 29, who watched the royals compete against each other.

She commented:  ‘I could see that maybe they like to beat each other. Also they were pushing each other to do well.’

While competitiveness can be a sign of a sizzling tension between two people, it only works well when it’s in a supportive mode, says Knowles.

‘Everyone likes to win but knowing you can lose and someone won’t think any less of you is definitely a sign of a healthy relationship with a partner.’ 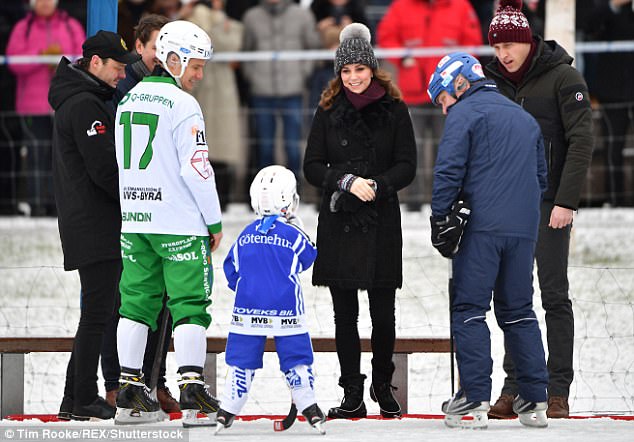 And even the players they met noted their competition: International bandy player Anna Widing commented:  ‘I could see that maybe they like to beat each other. Also they were pushing each other to do well.’ 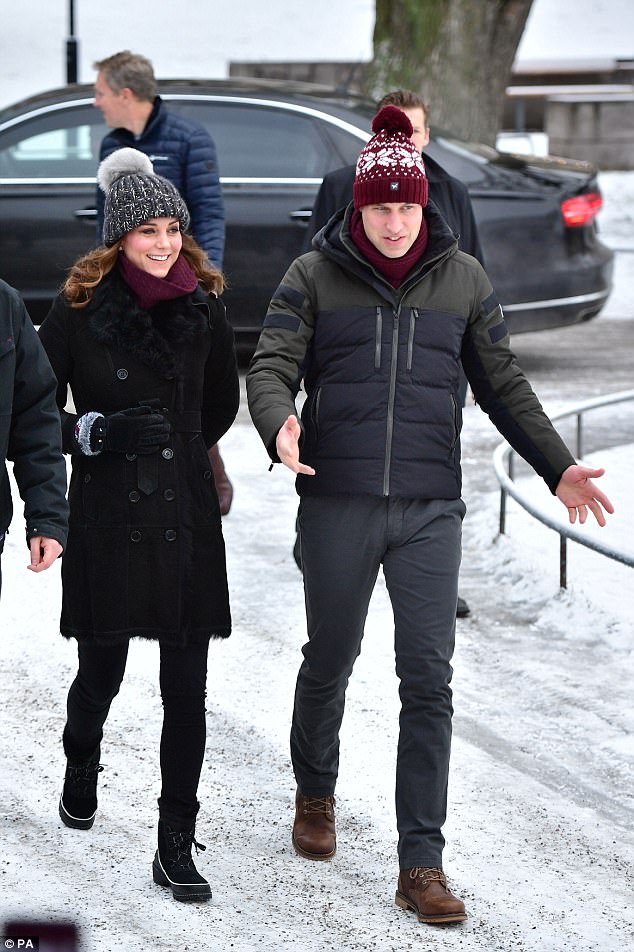 Knowles adds a warning note for Kate and William though, saying that competitiveness can go too far in relationships sometimes.

‘You can take competition too far though, if someone has to win at all costs then it can leave the other person feeling vulnerable.

‘For example, some couples will play board games together and things can boil over, the tone becomes bullying and it stops being fun.’