Their daughter Lily is now a student at the world-famous New York University.

And Kate Beckinsale and her ex Michael Sheen reunited with their college student daughter, 19, for a casual lunch in New York City on Thursday.

The 45-year-old actress made something as simple as a pony tail, jeans and a T-shirt look effortlessly chic with tall high heel black suede booties. 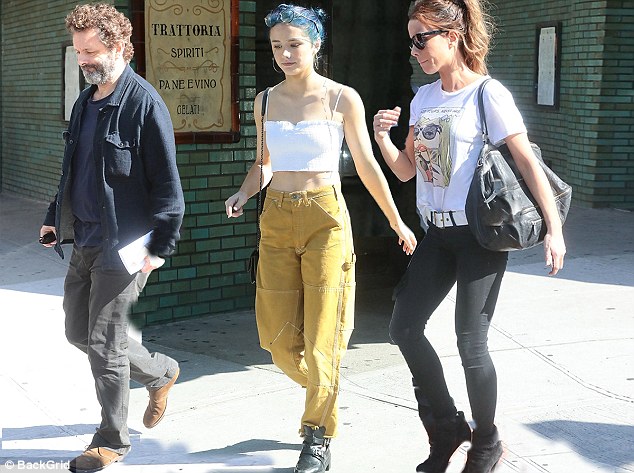 Cameras spotted the beautiful Brit shielding her face from the blazing summer sun.

Donning a pair of dark sunglasses, Kate partially shaded her face with her hand as she headed to her SUV after the meal.

The mother of one cut a stunning figure in a simple pair of skin tight black skinny jeans with a large white belt.

The Underworld actress wore a slightly baggy graphic t-shirt with a comic book cartoon of a blonde woman emblazoned on the front. 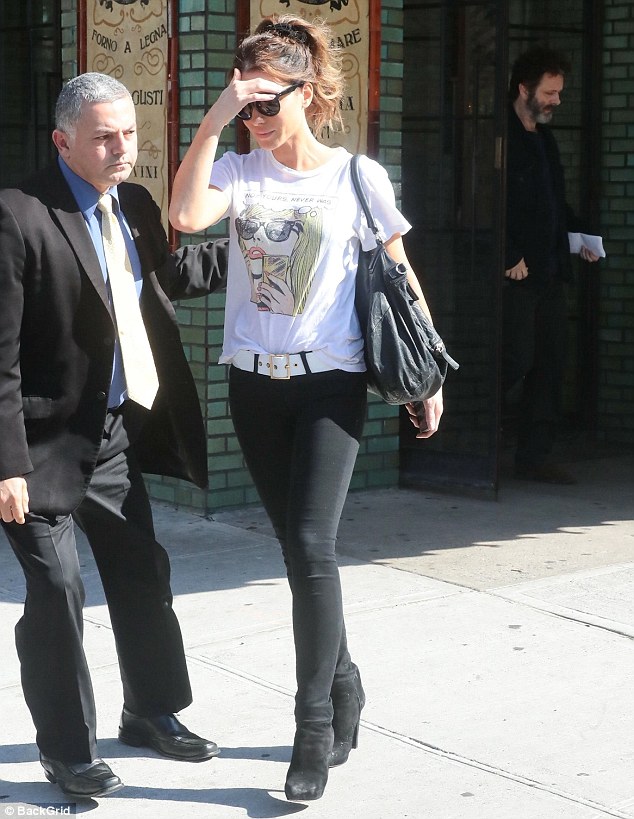 What’s for lunch?  Kate is seen heading out of a Manhattan restaurant with her ex Michael not far behind her 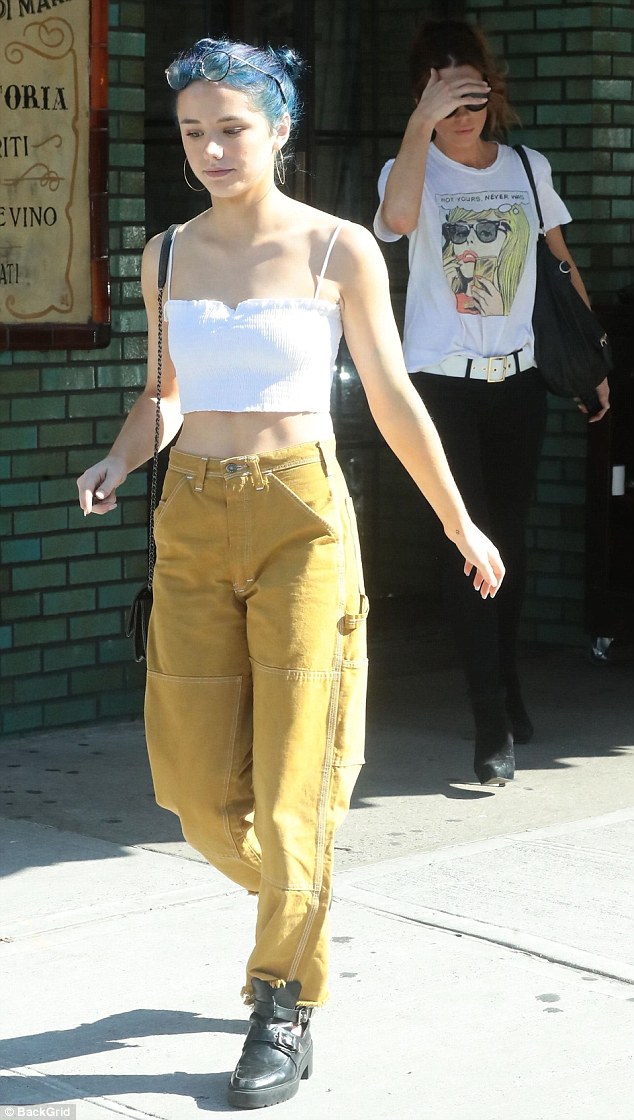 Mommy daughter goals: Lily and Kate head into the August heat after having a family lunch 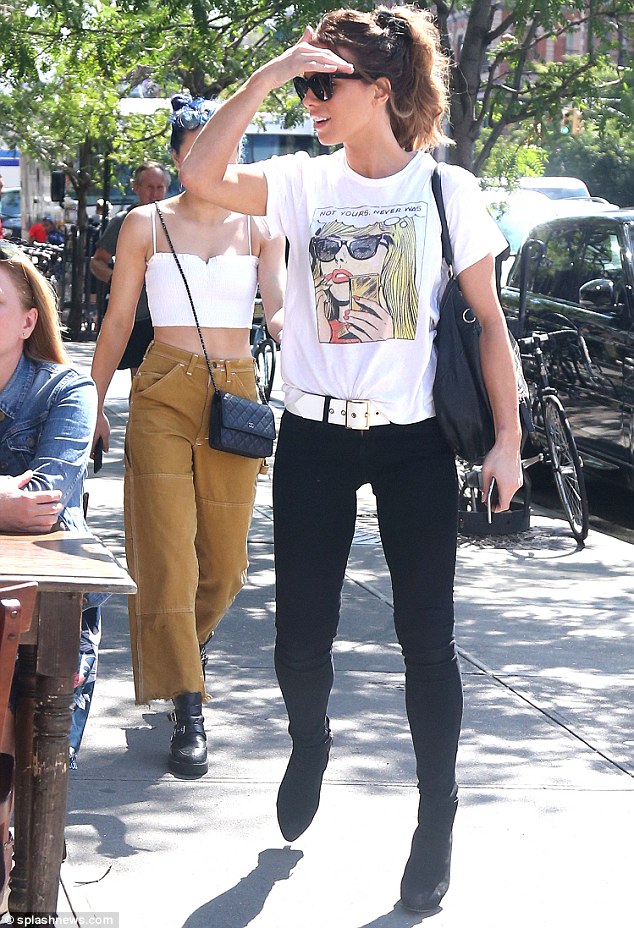 Keepin’ it casual: Kate and Lily dressed down in simple ensembles for their weekday date 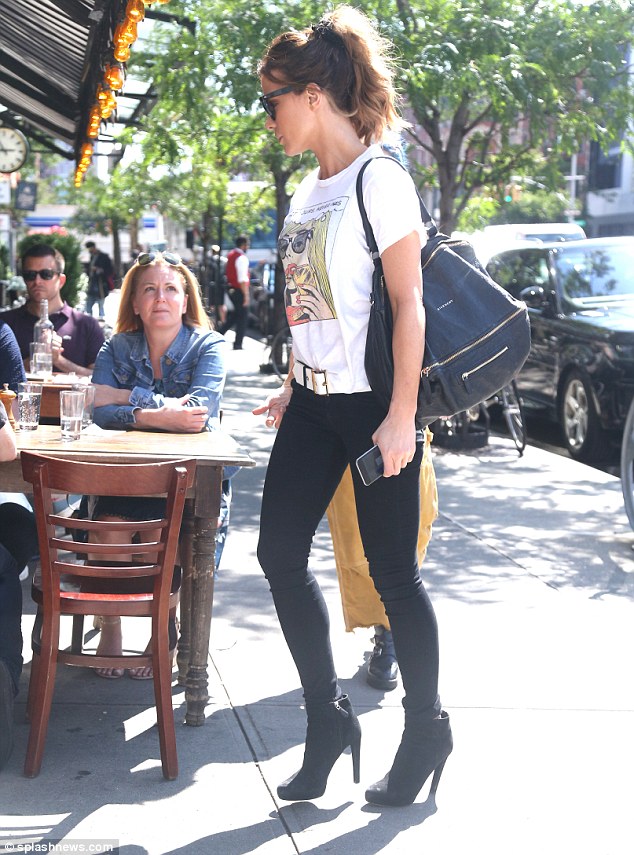 Casual glam: The actress opted for a simple outfit of jeans and a t-shirt

The white t-shirt had a caption on it that read ‘not yours, never was.’ The comic book vixen printer on the top matched the actress perfectly with an identical pair of cartoon black sunglasses.

Kate opted for just a bit of the shirt tucked into the front AKA a french tuck. She carried a large, slouchy black leather Givenchy purse slung over one shoulder.

The Love & Friendship actress was seen walking out of Gemma Restaurant at the swanky Bowery Hotel shortly behind her daughter Lily Sheen. 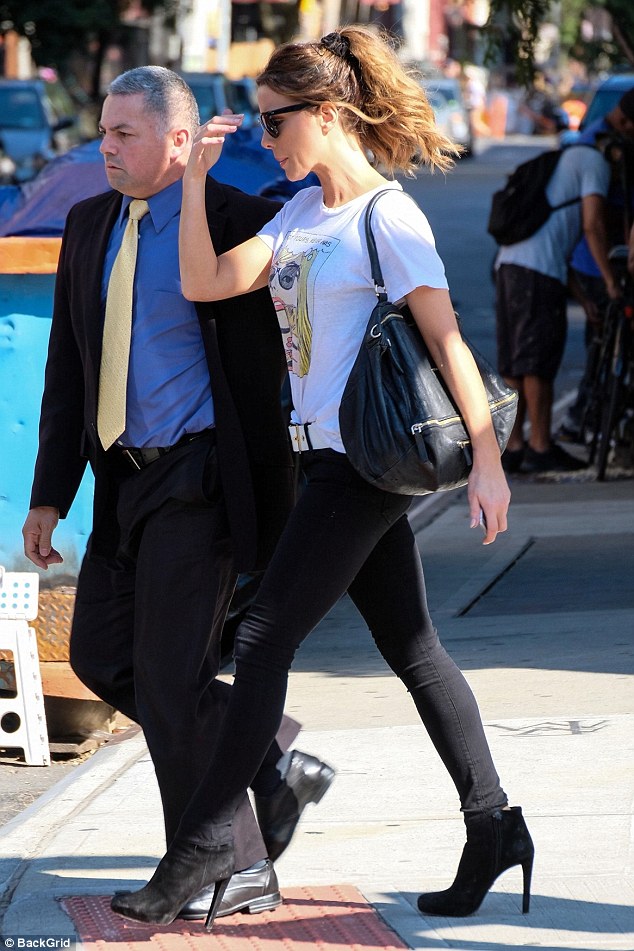 Pony girl: The actress kept her hair simple in a classic, messy pony tail with a black scrunchie 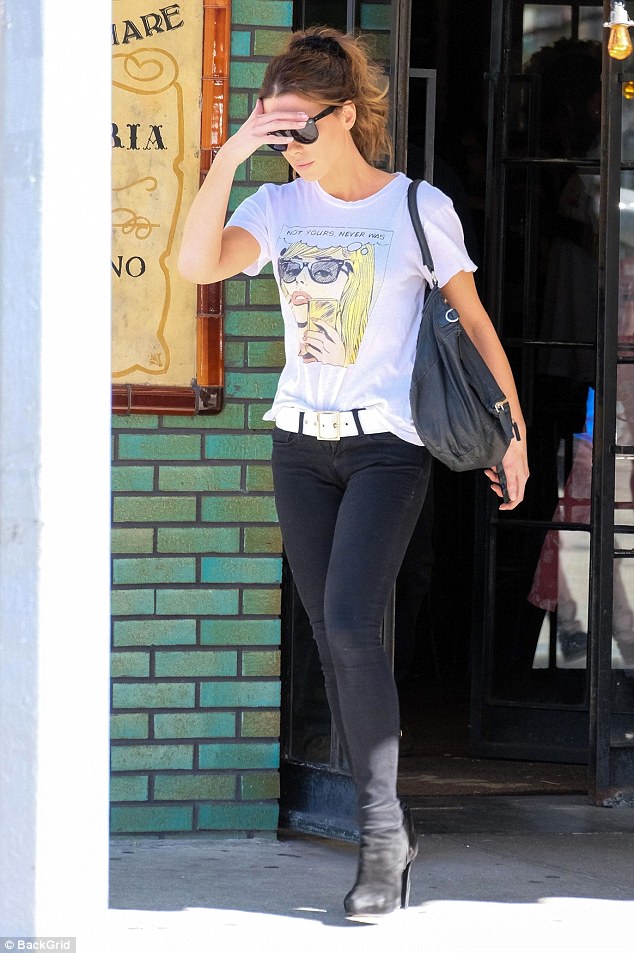 Comic book queen: Kate’s shirt featured a cartoon comic book blonde and the words ‘not yours, never was’ 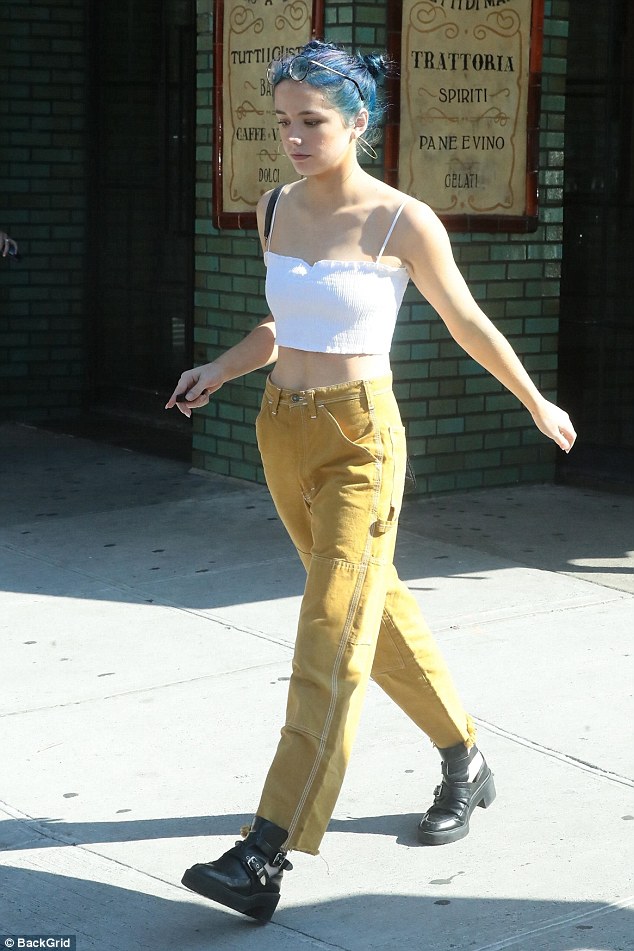 Lily showed off bight blue hair that shimmered in the sunlight which was pulled into a pair of unkempt space buns. 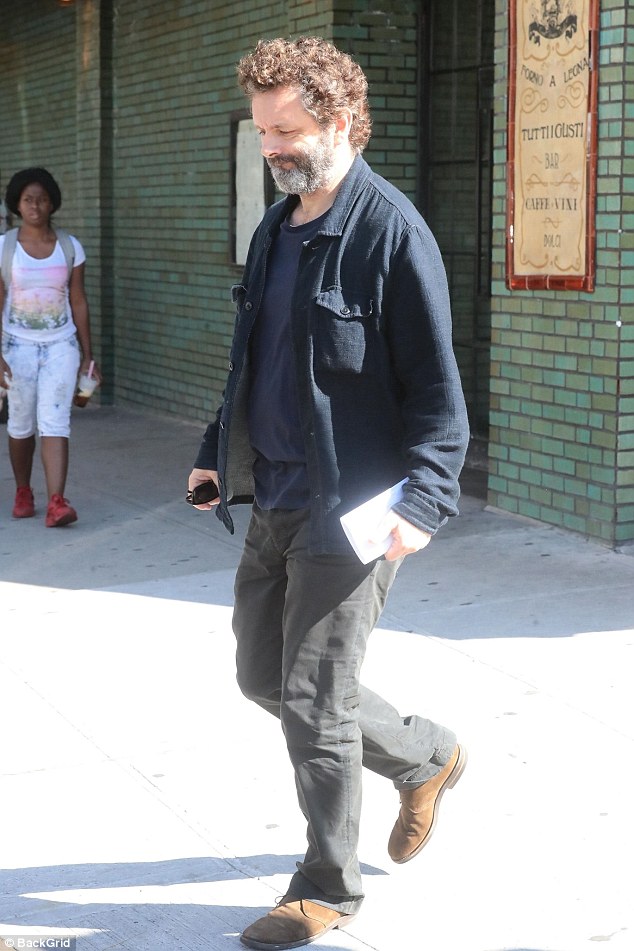 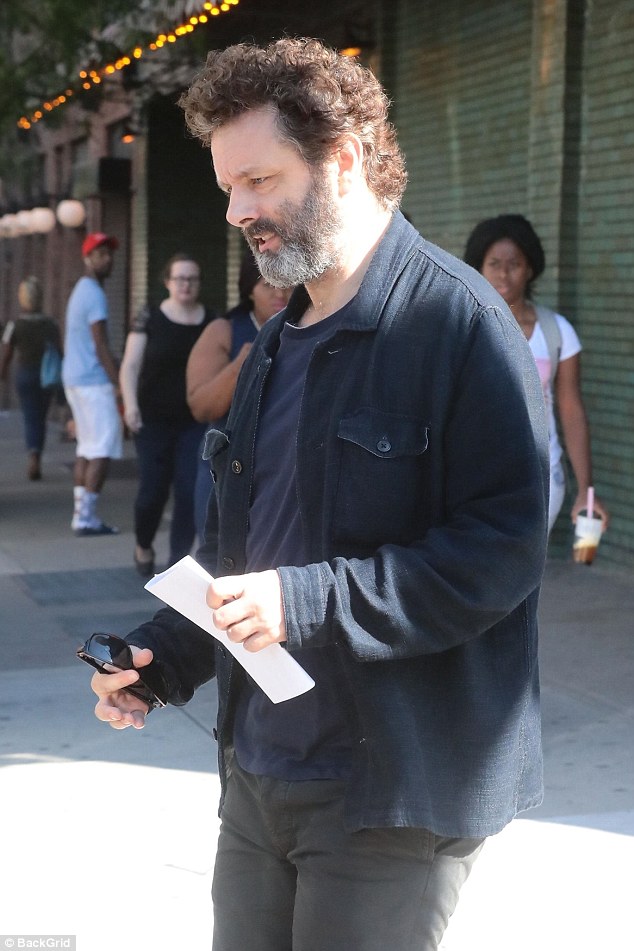 Her father, Masters of Sex alum Michael Sheen, brought up the rear in an outfit more suited for fall than the end of August.

The 49-year-old wore a baggy blue t-shirt under a darker blue jacket and a lived-in pair of grey slacks.

The actor’s curly hair was not styled and blended into a salt and pepper beard. 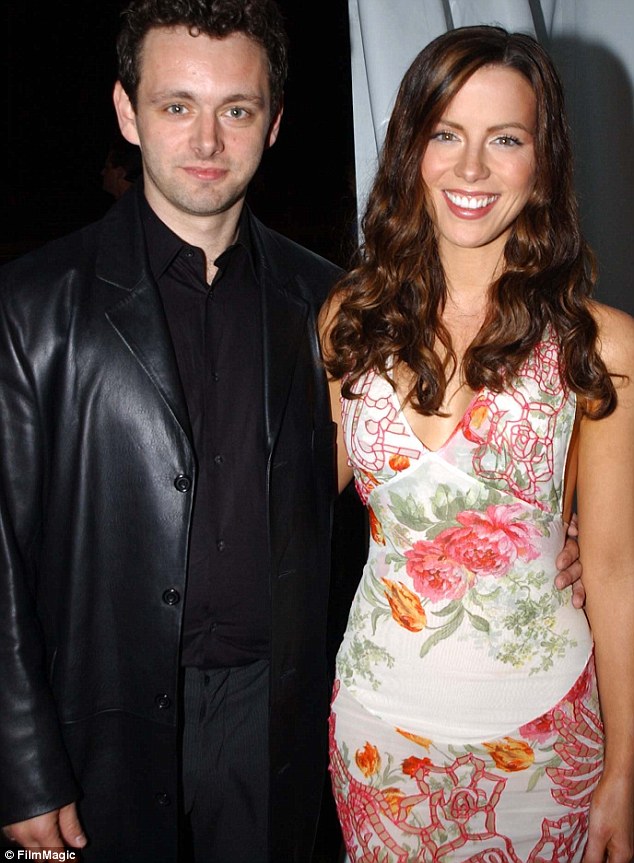 Flashback: Michael and Kate back when they were a couple in 2001 just two years after their only child was born

Got your goat: Last month Kate rang in her birthday celebration with her ex boyfriend and her daughter doing goat yoga

Beckinsale and the Welsh actor got together in the mid-nineties but called it quits in 2003.

They never married but have remained a tight knit family ever since. The former couple is spotted out and on social media regularly spending time together and with their only daughter.

Kate went on to marry American film director Len Wiseman in 2003. The couple divorced in 2016.

Sheen was previously linked to comedienne Sarah Silverman but the pair ended things in February of this year.