She’s been by her husband Derek Draper’s side during his recovery from coronavirus.

And Kate Garraway has found his return from hospital this year ‘bittersweet’, her close friend and television presenter Clare Nasir, 51, has now revealed.

She says the presenter and mother-of-two, 54, ‘can never switch off from what’s happening’ and has a lot on her plate being a presenter, mother, carer and wife.

Kate recently enjoyed her first night out since Derek became seriously unwell as she attended the West End opening of Wonderville at the Palace Theatre.

Clare told Closer: ‘Kate has been incredible throughout this – even more so since Derek has been home. She now basically does four jobs – presenter, mum, wife and carer.

‘She’s on the go all the time, and has been physically and mentally pushed to the extreme this last year and a half. So a chance to go out to the theatre – something she and the kids love – was wonderful for her.

‘However, it was bittersweet, as Kate can never switch off from what’s happening. I know she would have had a hotline to the house at all times and her focus would have been on Derek.’ 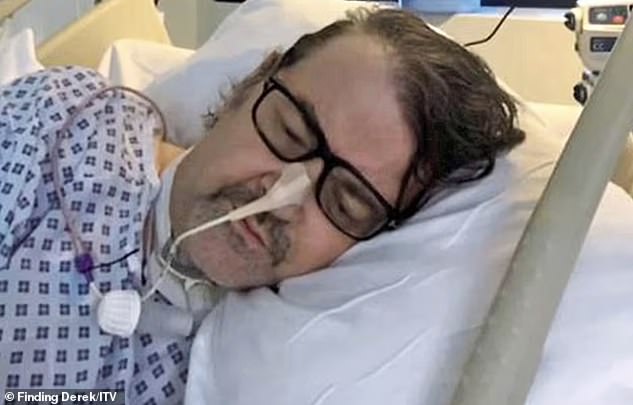 Illness: Derek was released from the hospital in March this year after being first diagnosed in March 2020 and he is considered to be the longest surviving Covid-19 patient in the country 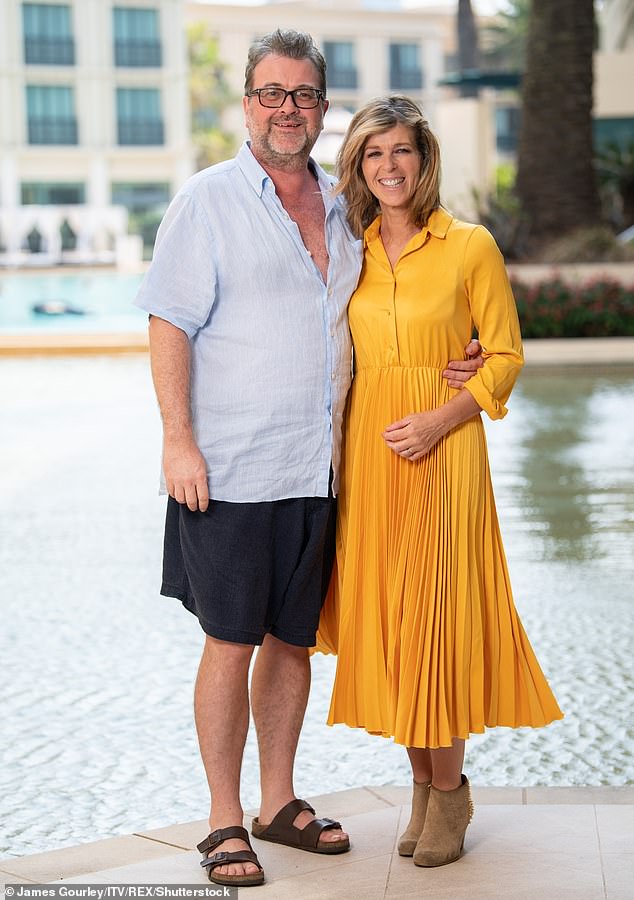 Difficult: Speaking recently at the West End event, Kate said of Derek: ‘It was very strange leaving him tonight to come out’ (pictured in 2019)

A representative for Kate has been contacted by MailOnline for a comment.

Speaking recently at the West End event, Kate said: ‘It’s our first time out since February 2020 so we are really excited, and this is a date that has sprung up because it was going to happen a few weeks ago and then it didn’t happen and then we just thought, ‘Let’s go for it’ – so very exciting.

‘It was very strange leaving him tonight to come out because he is a big fan of magic, but it is not possible at the moment so we just said next time and see him when we get back.’

It comes after on Monday Kate warned ‘there are MORE long Covid symptoms emerging.’ 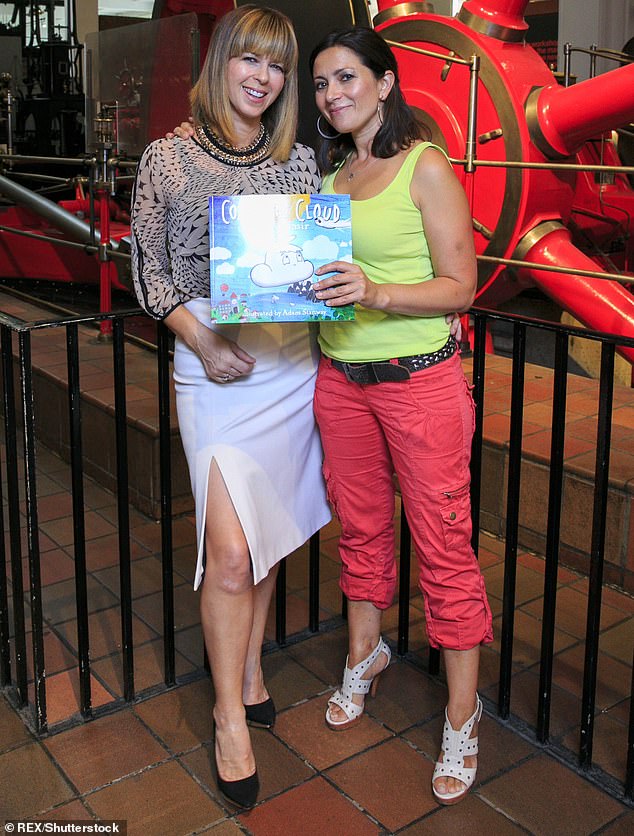 Clare told Closer: ‘Kate has been incredible throughout this – even more so since Derek has been home’ (Clare and Kate are pictured together in 2014) 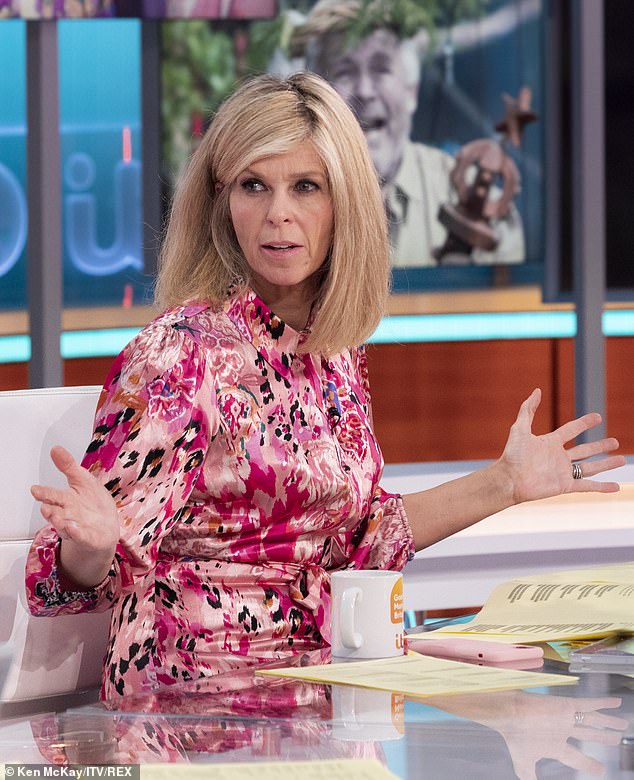 Oh no! It comes after on Monday Kate warned ‘there are MORE long Covid symptoms emerging’

She gave GMB viewers an update on her husband Derek’s road to recovery, admitting: ‘All the time there are more issues!’

Derek, 53, is still recovering at home from his lengthy battle with the illness which previously proved near-fatal and his left his body ravaged, and Kate has now revealed that ‘more symptoms are presenting’.

What is Long Covid?

Long Covid – also known as post-Covid-19 syndrome – is when Covid symptoms continue beyond the period of infection.

Among the long list of symptoms are fatigue, chest tightness, dizziness, heart palpitations and problems with memory or concentration.

Research published by the Department of Health last month suggested that up to two-million people in the UK may have had Long Covid.

According to the NHS, the chances of having long-term symptoms does not seem to be linked to how ill you are when you first get COVID-19.

However, the study last month showed that prevalence of Long Covid increased with age and was higher among women.

Kate’s co-host Ben Shephard, 46, asserted: ‘Long Covid is a very real issue for a lot of people who have caught the virus.’

And Dr Amir Khan agreed, confirming: ‘It is very real. It’s estimated two million people across the UK are suffering from Long Covid.

‘And symptoms can include extreme fatigue, brain fog, problems with vision problems with pain, difficulty breathing, palpitations, chest pain, all sorts of things.’

Kate added: ‘And that’s only the ones we know, isn’t it Dr Khan? Because more and more are emerging of different bits of the body that have damage.

‘I know Derek is an extreme example, but there are more Long Covid symptoms emerging. All the time there are more issues. Initially it was exhaustion but more are presenting.’

Dr Khan agreed: ‘Yes that’s absolutely right and the symptoms can be mild in some people and severe in others.

‘Treatment options are still being discovered … and while we’re waiting there isn’t much we can do because we don’t really know what the treatments are yet so it’s really really tough.’

He added: ‘Lewis Hamilton, I’m really sorry he is suffering from Long covid but someone so prominent talking about it does show how even the healthiest of people can get Covid and suffer these long Covid symptoms.’

Meanwhile, Kate’s husband Derek was released from the hospital in March this year after being first diagnosed in March 2020. 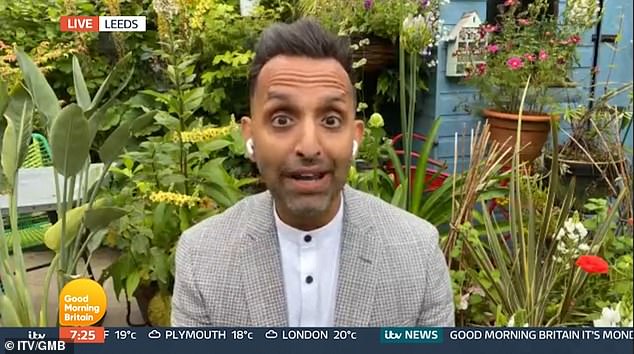 The virus wreaked havoc throughout his entire body, resulting in kidney failure, liver and pancreatic damage.

On more than one occasion his heart stopped beating, he battled bacterial pneumonia and fought multiple infections which punctured holes in his lungs.

He is considered to be the longest surviving Covid-19 patient in the country. The former lobbyist continues to recover from the illness at their London home. 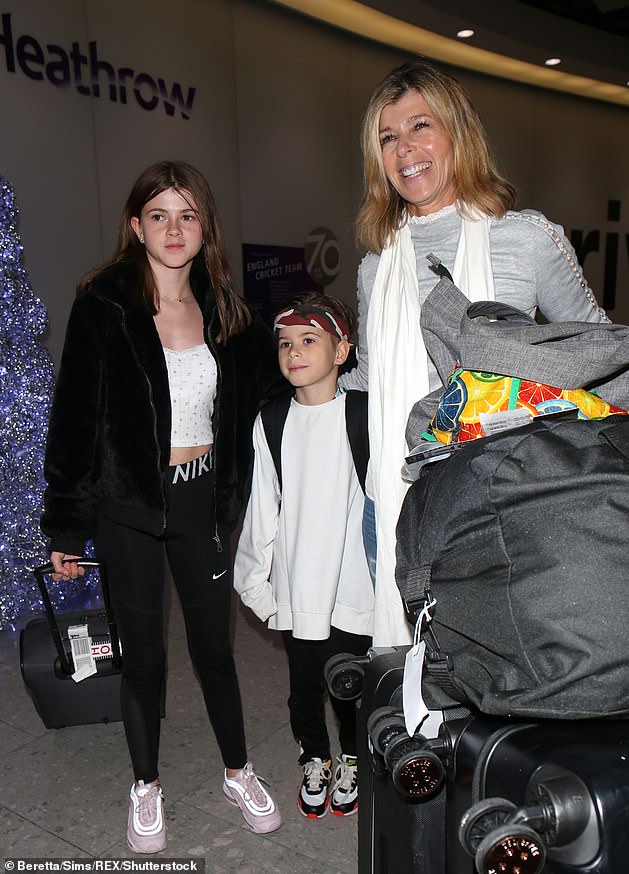