Kate Garraway has given fans an update on her husband Derek Draper’s condition as he continues to battle coronavirus.

Joining the clap for carers on Thursday night, the Good Morning Britain host shared a video on Instagram of herself applauding with her family, writing that they have ‘so much to be grateful for tonight.’

‘Derek is still with us but what a battle it is. So grateful too for our amazing NHS doing so much for Derek everyday,’ Kate wrote in a lengthy caption.

Smiling: Kate Garraway has given fans an update on her husband Derek’s condition as he continues to battle coronavirus

‘Wonderful to see all the support for them & our key workers every Thursday. We can’t thank them enough can we ? So brave,’ she continued.

‘Sending love to everyone during this ghastly time , particularly all those struggling for whatever reason- none of this is easy.’

‘Thank you so much for your messages – they mean so much to me. . Love and so much thanks from me and the whole family. X’ 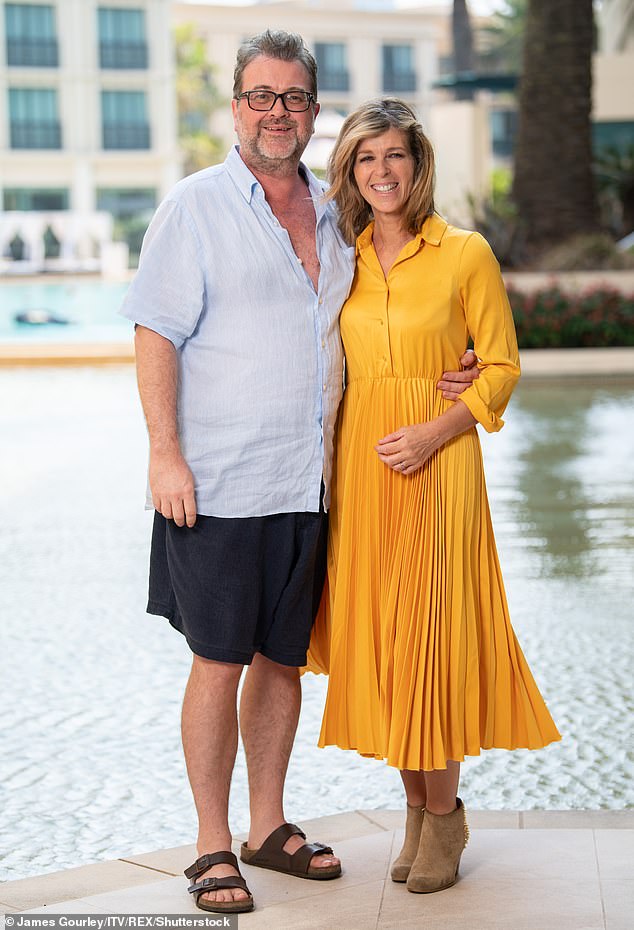 Touched: Kate Garraway has thanked a well-wisher who lights a candle every night for her husband Derek Draper as he battles coronavirus (pictured together in December last year)

The video showed Kate banging pots and pans on the doorstep of her London home, before she turned to face the camera with a smile on her face.

Kate shared another heartbreaking update with fans on her Club Garraway Wellbeing website last week, as she thanked them for their messages of support. 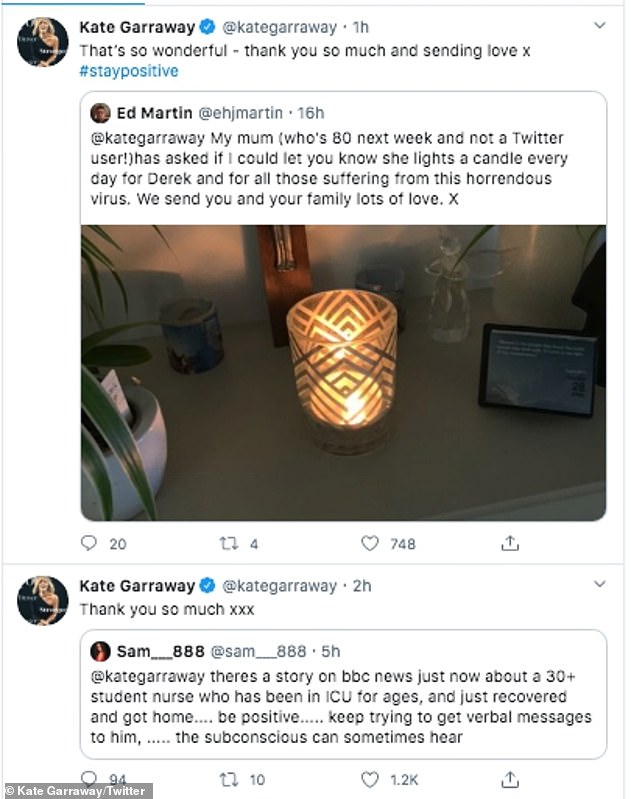 In our thoughts: The Good Morning Britain presenter, 52, took to Twitter on Wednesday to reply to a fan whose mum lights a candle for Derek every night

The presenter went onto praise NHS staff for their incredible care of her husband as he remains in a ‘deeply critical condition.’

Kate wrote: ‘You may have seen over the last few week that my husband Derek has been seriously ill in hospital with COVID-19.

‘I am afraid that he remains in a deeply critical condition and is very ill, but he’s still alive so there is hope.

‘It remains an extremely worrying time for us all and the last couple of weeks have been the hardest of my life.

Kate went onto once again praise NHS staff for their incredible work caring for her husband, and thanked her fans for sending their own well wishes. 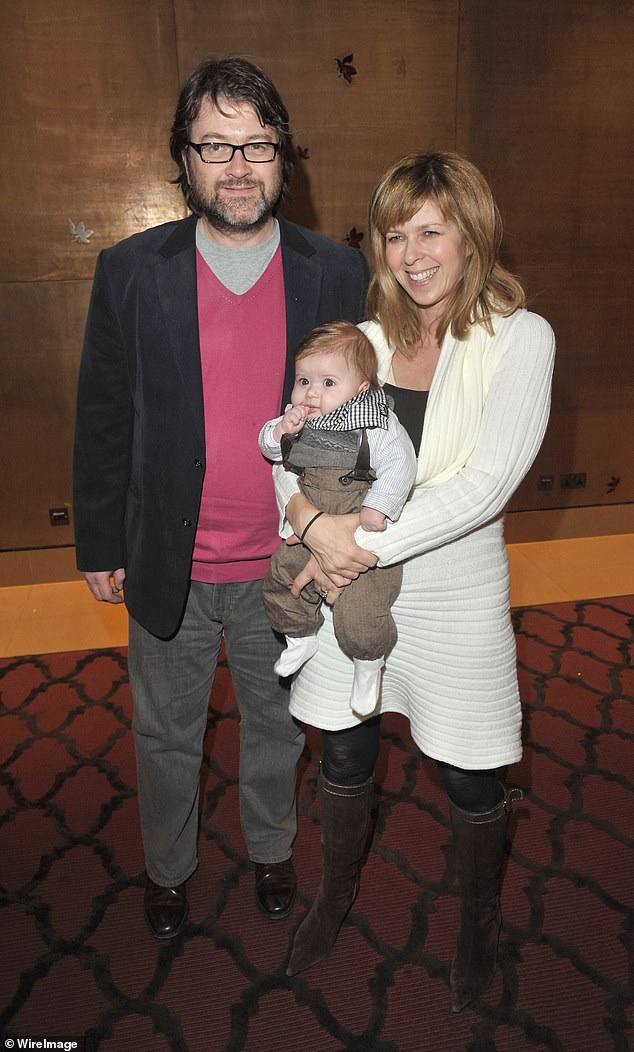 Challenges: The presenter shared an update with fans on her blog, explaining Derek remains in a ‘deeply critical condition’ and praising NHS staff for their care (pictured in 2010)

She added: ‘From the bottom of my heart a billion thank yous to the extraordinary NHS workers whose skills, dedication and downright guts in the face of so much personal risk, are keeping my Derek alive, just as they are for thousands of other COVID patients

‘Sending so much love and support to the thousands who have had that hope for their loved ones stolen by this hideous disease. You are not alone and I hope that helps give you strength to withstand the torture of grief.

‘I wanted to send a huge thank you to all of you who have sent me such a wonderful messages wishing Derek well. It has meant the world to me. 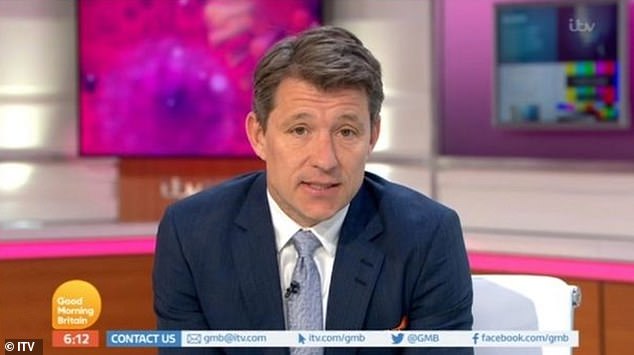 ‘I am sorry I have not been able to reply to them individually, as I am sure you will understand that I am focusing on my family and Derek right now.’

On Friday, Good Morning Britain host Ben shared another update on Derek’s condition on behalf of his colleague Kate.

The previous evening Kate had written in a post about her husband: ‘He is still critically ill in intensive care, but where there is life there is hope’.

Ben continued: ‘She’s been able to talk to him, just to support him. A bit of reassurance [to him] hearing her voice.’

Kate also sent her thanks, via the show, to fans who have sent messages of support and admitted they have been a great source of comfort for her.

He said: ‘She said she’s passed on the messages you’ve sent to her along to Derek as well so he’s getting a sense of the support and positivity coming from all of you…

‘She can’t respond to everybody but in quieter moments when she has 10 minutes, she can scroll through and the support she’s getting from them is really helping… It’s really tough. It’s really tough because as she said he is critically, critically ill.’ 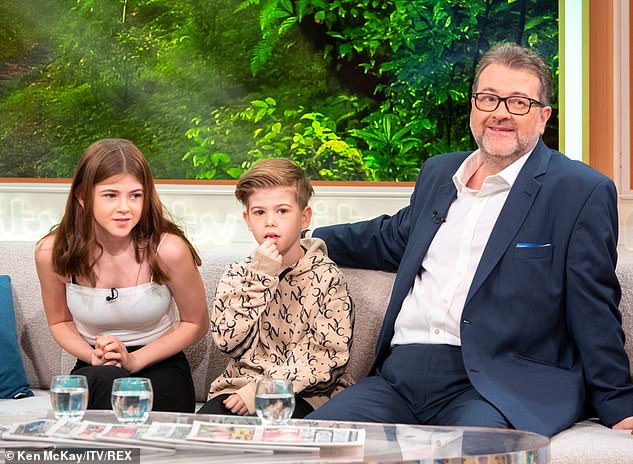