By Mike Larkin For Dailymail.com

He loves to show his guests a good time in his car.

And James Corden was at it again when he partook in a Carpool Karaoke session with Kate Hudson in Los Angeles on Tuesday.

The blonde beauty, who was sporting her cropped do, looked like she was getting carried away as she howled with wild abandon.

Driving her crazy: James Corden took Kate Hudson for a spin as they partook in a Carpool Karaoke session in

Almost Famous favourite Kate, 38, was no doubt enjoying every minute as she went for a spin for the popular television segment.

The roly-poly Late Late Show host meanwhile seemed to be having a grand old time himself as he wailed in the driver’s seat of his posh Range Rover.

Kate cut her hair for her role in the upcoming drama Sister, where she stars with reality television personality turned actress Maddie Ziegler.

The 14-year-old shot to fame after appearing in reality television show Dance Moms. 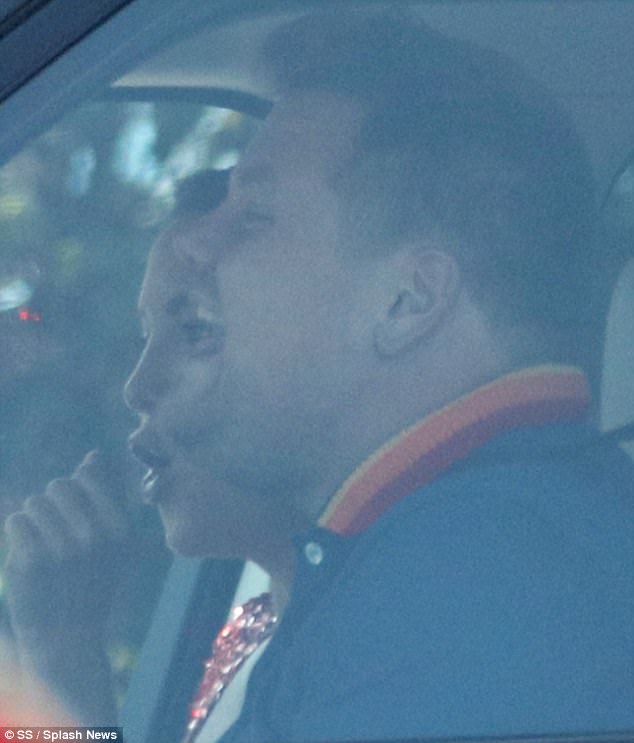 Carried away: Demonstrative Kate seemed to be having a great time with the late night host 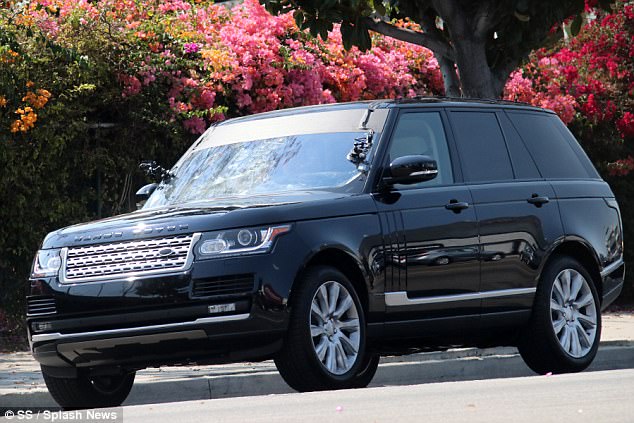 Vroom with a view: He treated her by taking her for a drive in a posh Range Rover 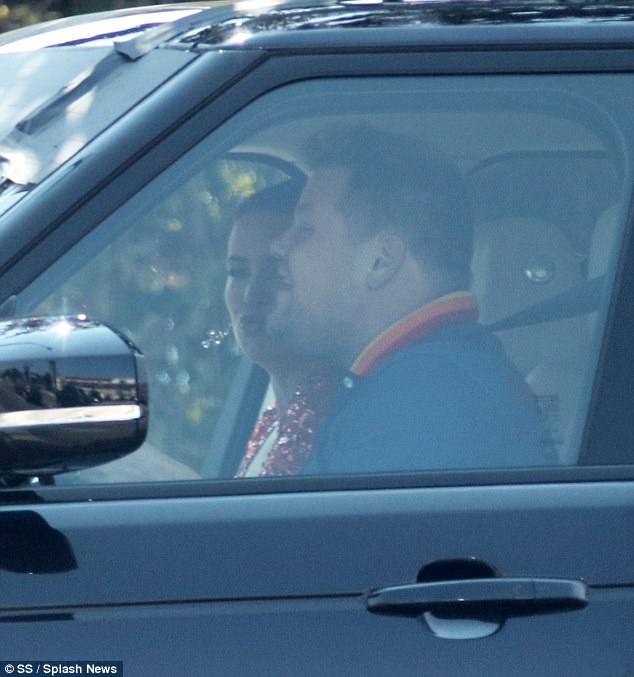 Pucker up: Perhaps Kate was giving her rendition of a Flaming Lips song

Sister is based on a short story pop star Sia, 41, wrote eight years ago and is scheduled for release in 2018.

Kate’s in-the-know father figure Kurt Russell, the longtime partner of her mother Goldie Hawn, previously spoke about his excitement over the production.

The Big Trouble In Little China legend explained: ‘I don’t know … but I think that she’s gonna do this musical that Sia is going to direct. That sounds fantastic, so I hope that happens.’ 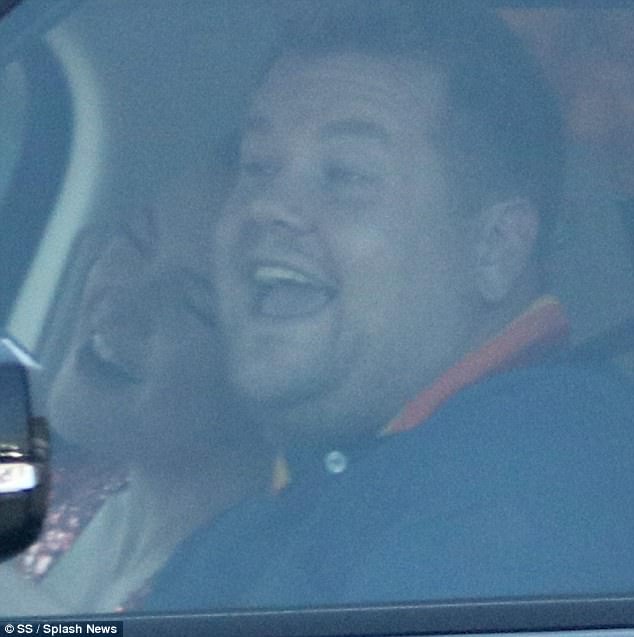 Keeping his chins up: Jolly James seemed to be enjoying every moment with the beauty 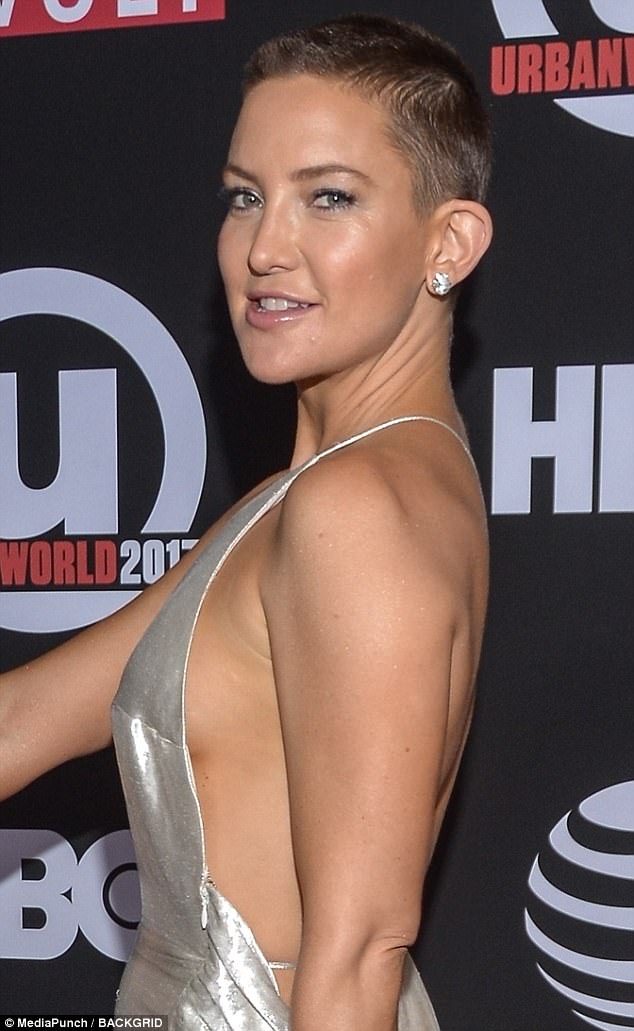 Creating a buzz: Kate had her hair lopped off for her turn in forthcoming film Sister 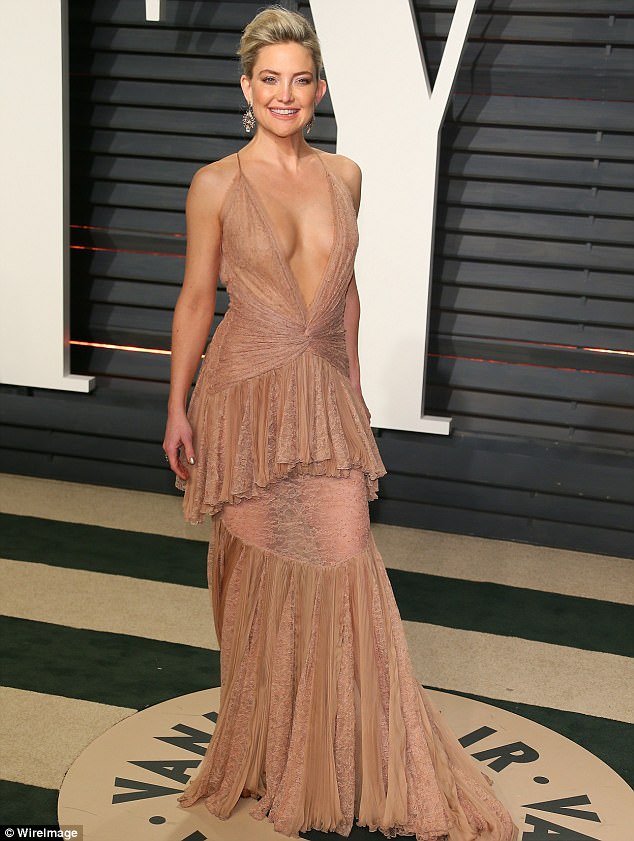 Almost Famous: The daughter of Goldie Hawn is famous for he flowing locks