Kate Hudson was spotted taking several photos of her children and partner, Danny Fujikawa, while the group spent time on the Greek island of Skiathos.

The 42-year-old actress looked happy as she took numerous snaps of her kids before spending some time with the father of her youngest child at a beachside cabana.

Hudson was dressed in a blue-and-white strapless bikini top that exposed much of her toned midsection and sculpted arms.

Making memories: Kate Hudson was seen taking several snaps of her children and partner Danny Fujikawa while the family spent time on the Greek island of Skiathos on Saturday

The Almost Famous star paired her top with a matching high-waisted bottom that enabled her to place her curvy hips and legs on full display.

Her gorgeous blonde hair remained wet for much of the day at the beach and mostly fell onto the nape of her neck.

The entrepreneur accessorized with a stylish pair of wide-framed white sunglasses while she spent time with her family. 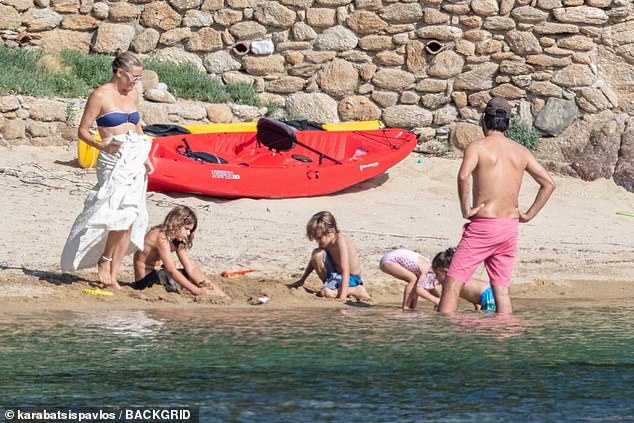 Appropriate attire: The actress wore a blue-white strapless bikini top that exposed much of her toned midsection

Great outfit: The Almost Famous actress paired her top with a matching high-waisted bottom that showed off much of her toned legs. Her gorgeous blonde hair remained wet during her time on the sand and fell onto the nape of her neck

Hudson later donned a flowing white sarong that covered up her toned legs as she checked in on her kids.

The actress’ 35-year-old partner kept it casual while spending time with his family, as he wore a dark gray cap and a pair of pink trunks.

Accompanying the couple was son Bingham Hawn, as well as their daughter Rani Rose, aged nine and two, respectively.

The Music actress shares her oldest child Ryder, 17, with her first husband, Black Crowes frontman Chris Robinson, to whom she was married from 2000 until 2007. 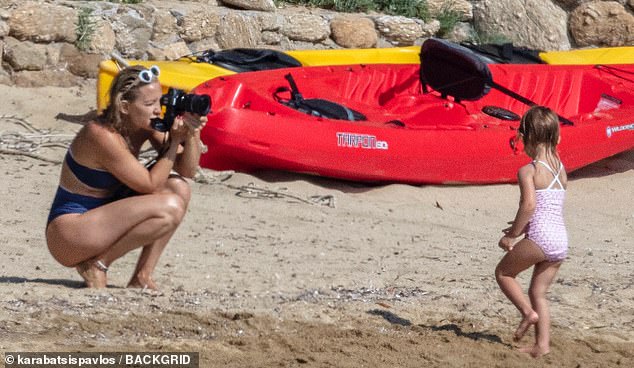 Blocking it out: The actress accessorized with a stylish pair of wide-framed white sunglasses 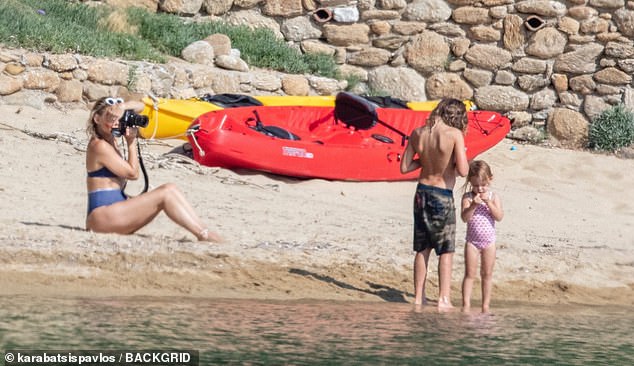 Proud mom: Hudson raises two sons and one daughter, all of whom are shared with different partners

Hudson went on to strike up a romance with another musician, Muse singer and guitarist Matt Bellamy, and the two welcomed Bingham in 2011.

Although the two were engaged at one point, they eventually separated from one another in 2014, although they remain on friendly terms and co-parent their child.

The You, Me, And Dupree actress began dating her current partner in 2016, although they had known each other for years prior to their first romantic outing.

Two years after their initial date, the performer announced that the two were expecting a child, and their daughter, Rani Rose, was born that October. 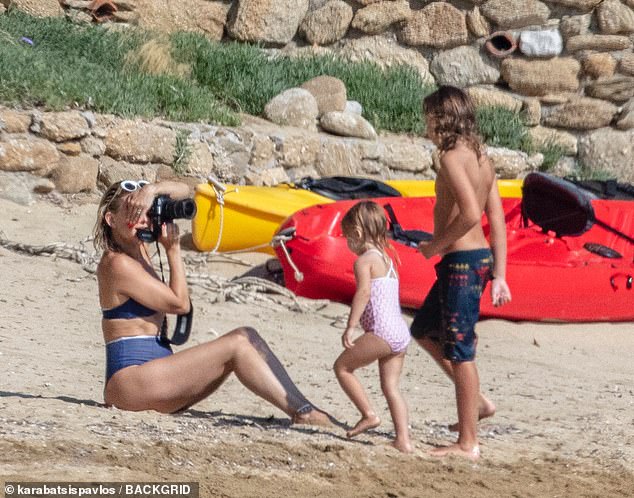 First flame: The You, Me, And Dupree shares her eldest child, Ryder Russell, with her former husband, Chris Robinson, whom she divorced in 2007. Ryder wasn’t spotted during the beach outing 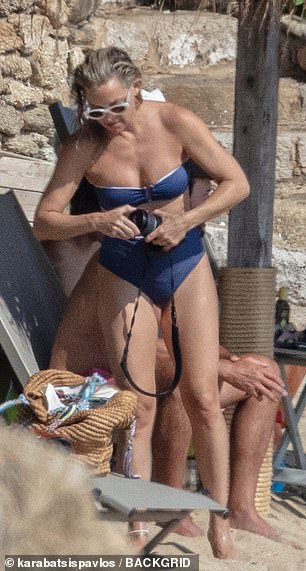 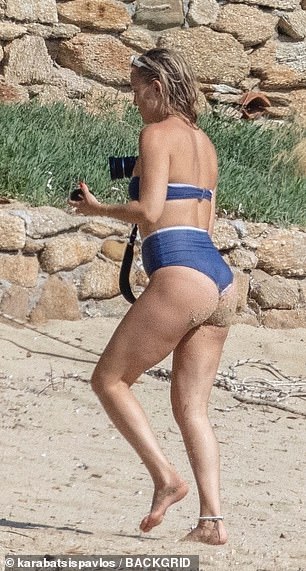 Moving on: She welcomed her second son, Bingham Hawn, with her former partner Matt Bellamy. Although she eventually split up with the Muse frontman, they remain on friendly terms and co-parent their child

Hudson recently spoke about her parenting techniques to People and told the media outlet that, although she wants her children to experiment and have fun, there are specific issues that she does not budge on.

The performer expressed, ‘where I am strict is that there are certain rules that I put down. I don’t negotiate with my kids about certain things.’

She added, ‘what I realized about that is that when you set that standard in your home, you don’t end up in long-winded negotiations. When I say no, it’s done.’

The Academy Award-nominated actress did note that she understood that her children would eventually start acting out and remarked that she did not try to make her rules too harsh for them. 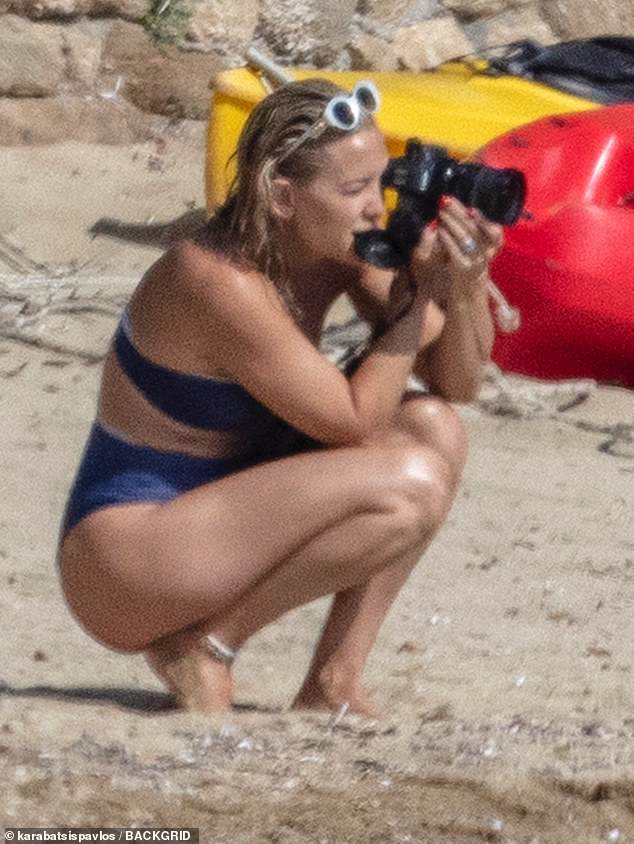 Current flame: Hudson began dating Fujikawa in 2016, although they had known each other prior to their first romantic outing 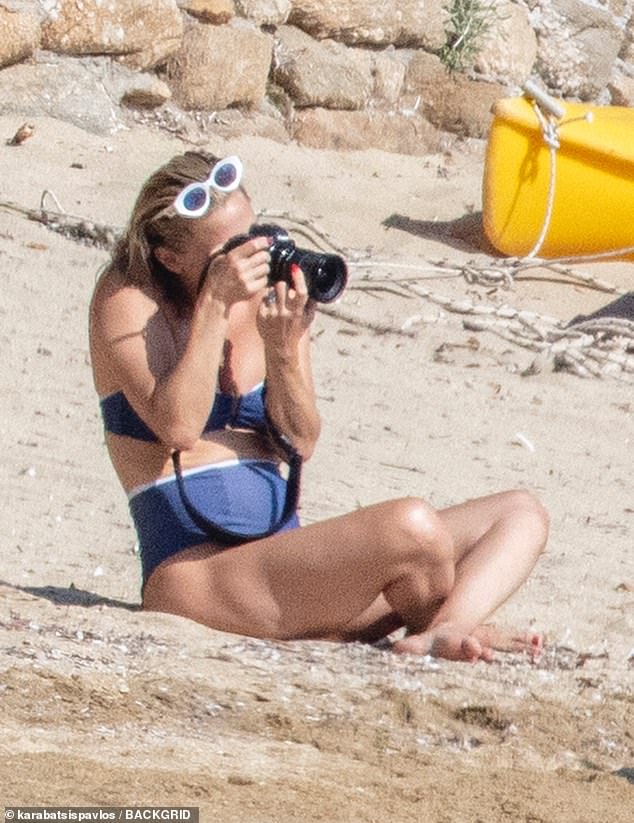 Big news: In 2018, the actress announced that she and her current boyfriend were expecting a child, and she gave birth to Rani Rose that same year

She expressed that parents ‘need to create reasonable boundaries [and] draw some lines in the sand so that [children] can test them.’

Hudson also told the publication that she was concerned about her kids’ mental health and that she wanted to foster an environment in which they could figure out who they are.

The actress noted that when it came to their ‘feelings or emotions…I’m very open, I give my children a lot of space to make mistakes.’ 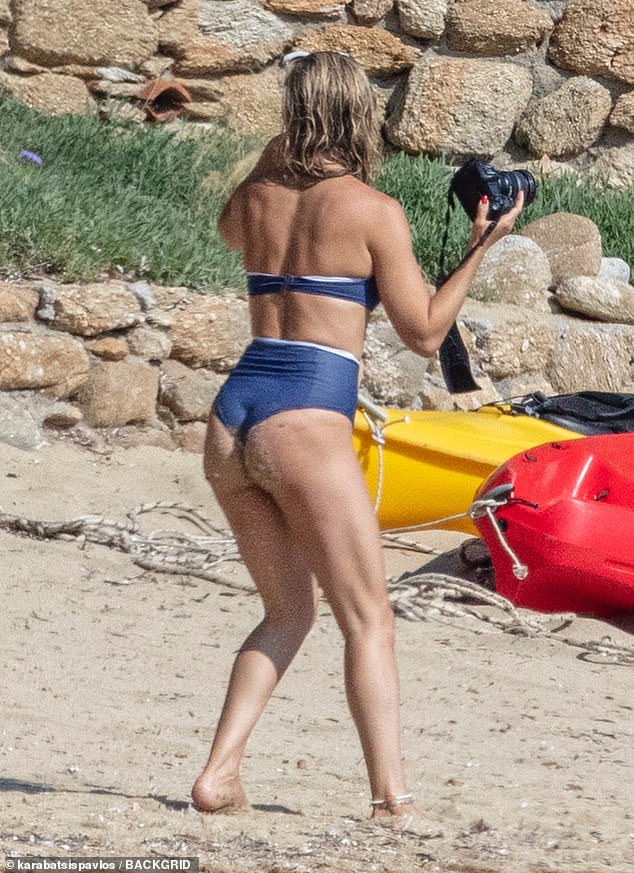 Setting standards: During an interview with People, Hudson remarked that ‘there are certain rules that I put down. I don’t negotiate with my kids about certain things’ 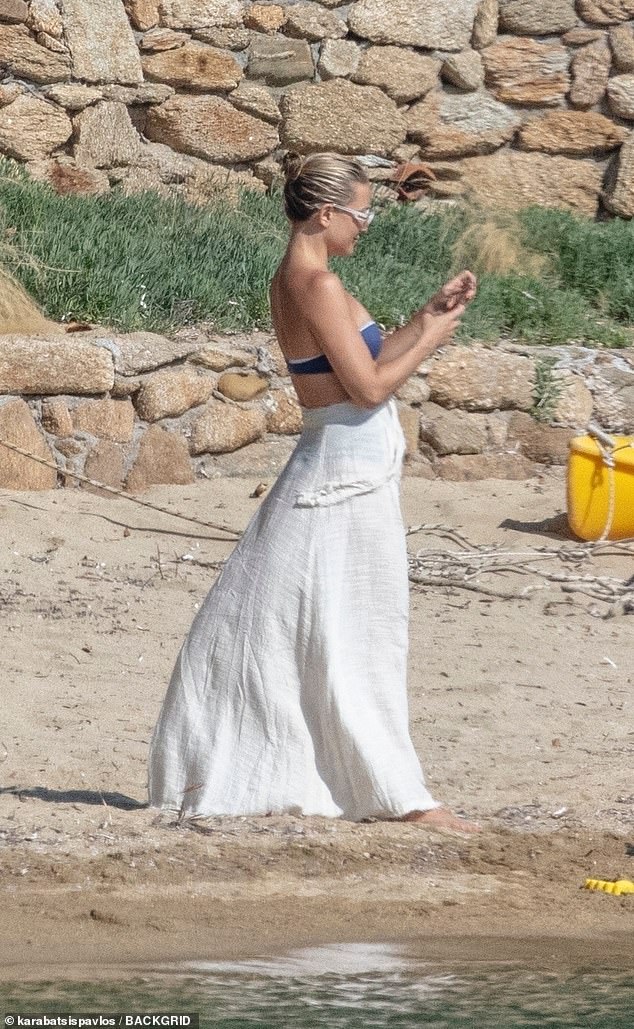 Forgiving mom: The performer did point out that she was not overly concerned with her kids’ general conduct, as she noted, ‘I give my children a lot of space to make mistakes’

The Deepwater Horizon actress pointed out that she did not want to be overly lenient with her children and that she wanted them to learn how to take care of themselves.

‘Everything else is a privilege and I’ll take it away in a heartbeat if you’re not respecting our home’s moral compass,’ she added. 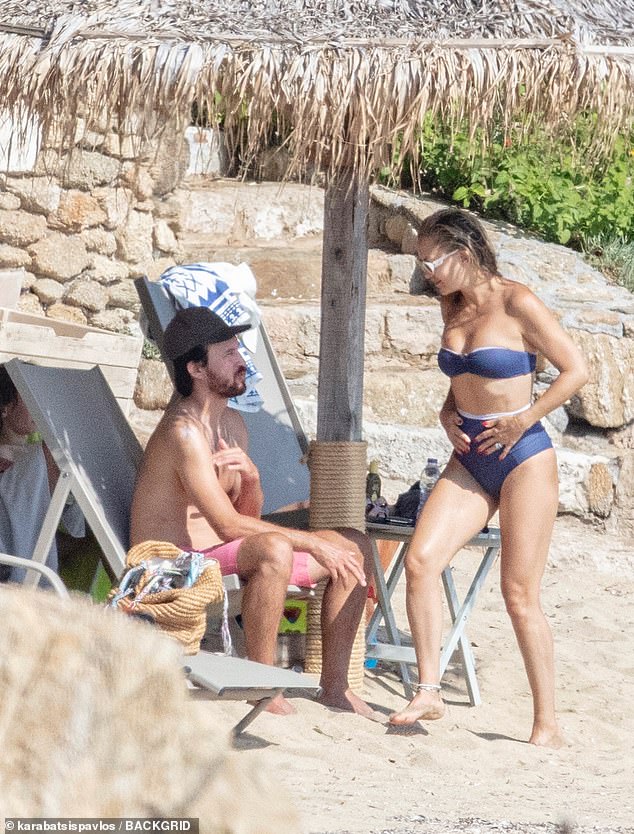 Concerned parent: The performer concluded the interview by expressing that she still makes sure that her children appreciate the privileges they have