The Duchess of Cambridge is still the most powerful royal fashion influencer – but Meghan is hot on her heels at number two.

Kate, 36, is most likely to convince shoppers in the US to buy products by British brands, according to a new report.

She is followed by Meghan in second place, with Prince Harry and Prince William in third and fourth respectively.

Meanwhile, the survey found Kate is the most liked UK ‘icon’ in the US, followed by the Duke of Sussex and singer Adele – with the Duchess of Sussex in fourth place.

The Duchess of Cambridge (pictured wearing Erdem at the V&A earlier this month) is still the most powerful royal fashion influencer, a new report has found

According to Brand Finance’s British Luxury 2018 survey, Kate wearing a product  increases the desirability among 38 per cent of US shoppers.

The report found Meghan, 37, improves the desirability by 35 per cent, with Harry, 34, increasing a brand’s prospects by 32 per cent.

It comes after a number of items worn by the Duchess of Sussex on her first major royal tour have quickly sold out, including the £89 & Other Stories polka dot dress she wore on Fraser Island.

Meanwhile, the Duchess of Cambridge’s £159 Whistles dress, which she wore at a Kensington Palace reception last week, has also sold out. 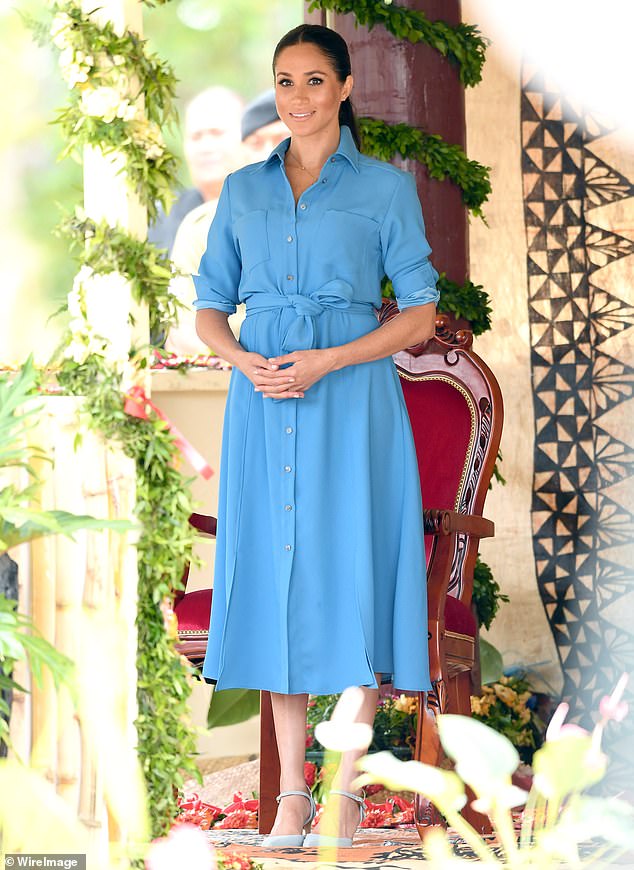 Meghan is hot on Kate’s heels at number two when it comes to influencing US shoppers. The Duchess of Sussex is pictured wearing a dress by Veronica Beard while in Tonga on Friday, which has since sold out in most sizes

The report found both Kate and Meghan have a ‘golden touch’ when it comes to transforming the success of a brand.

One of the brands that has benefited is Goat, a brand that Kate has worn on a number of occasions.

The British label was also worn by Meghan at a Buckingham Palace garden party celebrating Prince Charles’ 70th birthday, just days after her wedding in May.

Kalpa Shah, managing director of Goat, said: ‘The planets really did align for us when the Duchess of Sussex wore one of our dresses at Prince Charles’ birthday… all eyes were still on her. 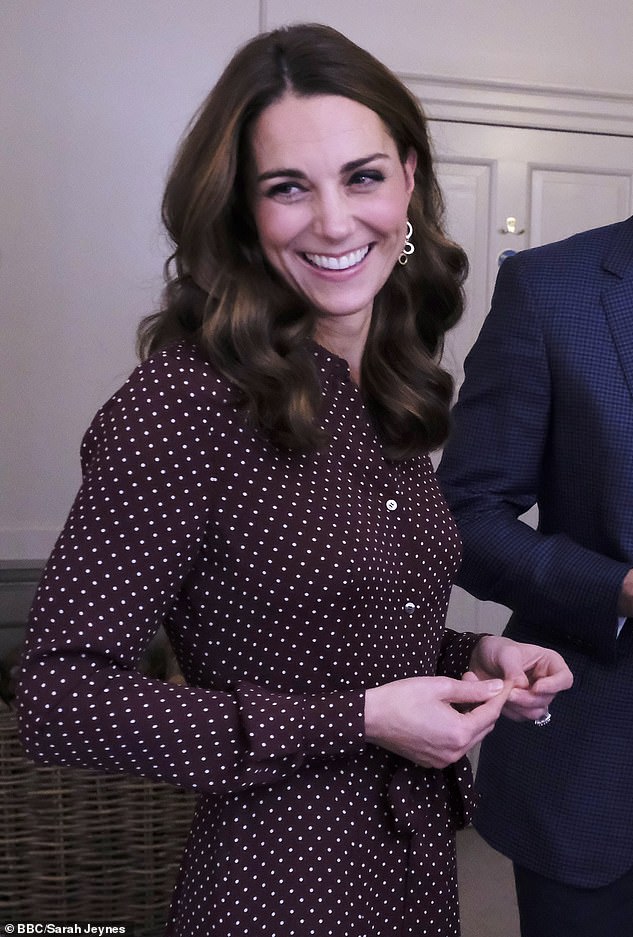 The Duchess of Cambridge wore a £159 Whistles dress at a Kensington Palace reception last week, which quickly sold out 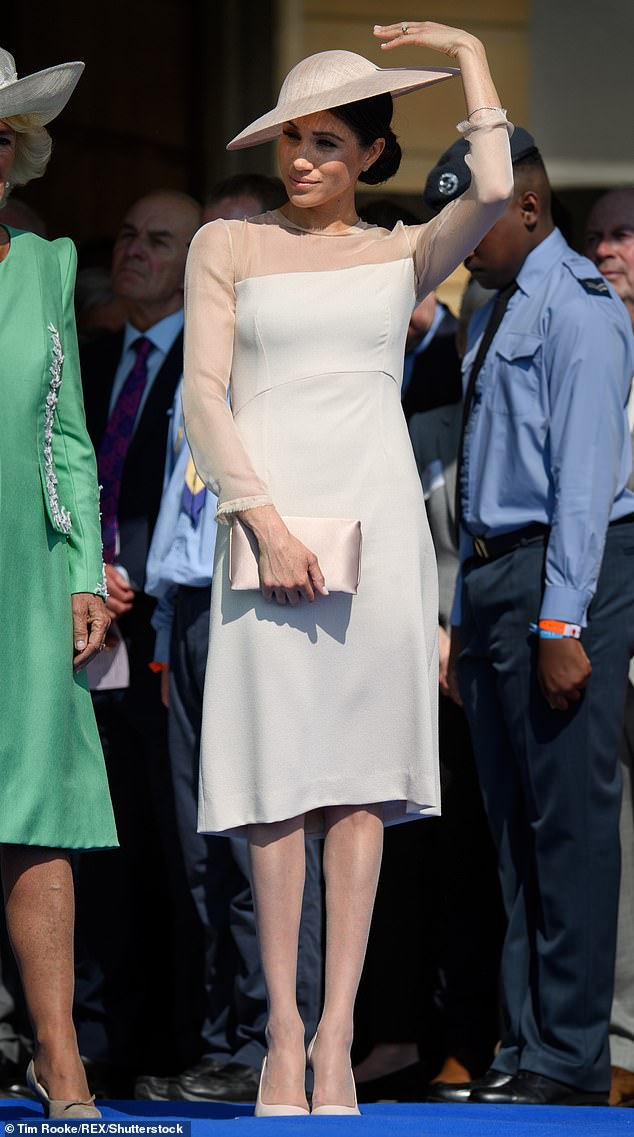 ‘And people wanted to see the bride after the wedding, the impact for Goat was magnified simply because of the timing.’

The impact royals have on US shoppers

The Duchess of Cambridge – increases desirability by 38%

The Duchess of Sussex –  increases desirability by 35%

She added: ‘We get an uplift straight away… [Kate and Meghan] have both been amazing at putting us on the radar of such a huge amount of people, because of their profile.’

Commenting on the report, Alex Haigh, director of Brand Finance, said: ‘The monarchy is one of the most defining features of Brand Britain and the royal impact on the desirability of British luxury brands cannot be overstated.

‘Endorsement by any royal, but particularly the Duchesses, is like the mythical golden touch and can transform a brand’s performance overnight.’