Let the day of finals begin! Kate Middleton looks chic in a £695 crepe pink midi dress as she arrives with her father Michael at the All England Club to watch last day of Wimbledon action

Kate Middleton looked typically chic in a pale pink dress by Beulah London as she settled in for a day of Wimbledon finals.

The Duchess of Cambridge donned a £695 crepe midi dress in blush by the London-based designer, paired with £30 Nicholes court shoes in nude from Aldo.

Kate, 39, appeared to be in good spirits joined her father Michael in the Royal Box to watch the Gentlemen’s Wheelchair Singles Final between Gordon Reid and Joachim Gerard on court three.

Forced into self-isolation for all of last week, the patron of the All England Lawn Tennis and Croquet Club looked delighted to be spending her weekend in SW19. 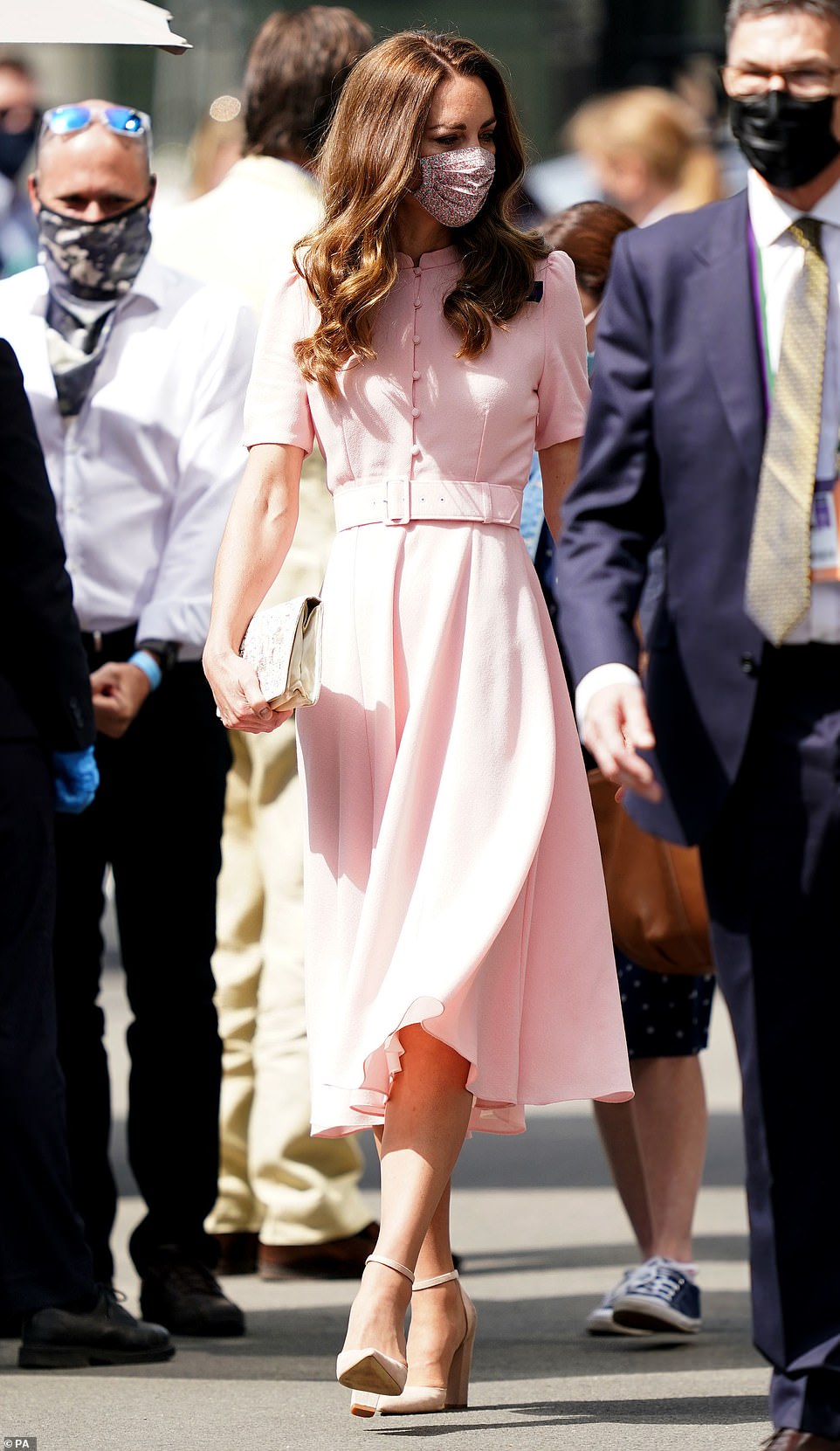 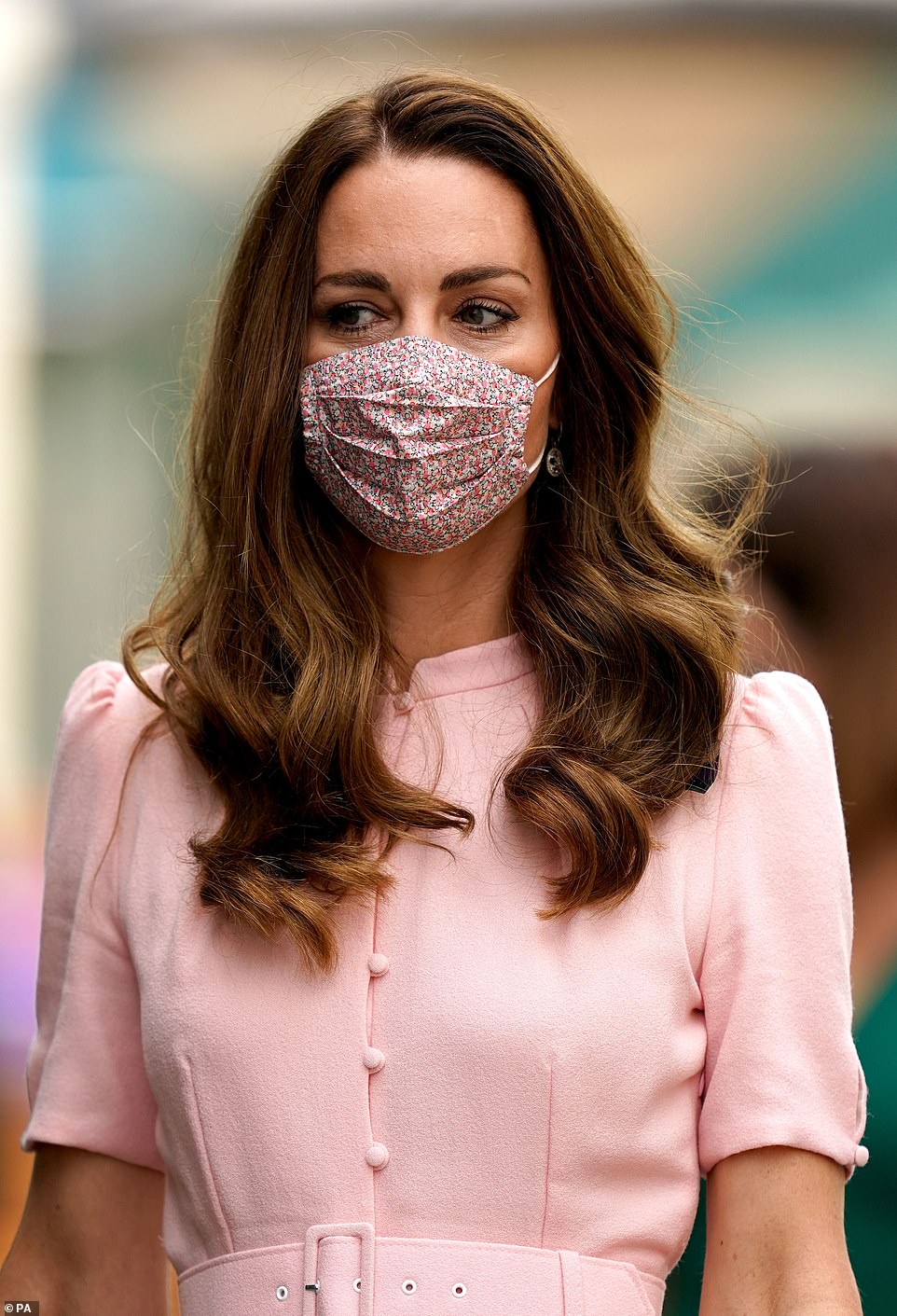 The 39-year-old royal, forced into self-isolation last week after coming into contact with a Covid case, teamed her stylish look with Mappin & Webb Empress drop earrings and a pink and white floral face covering 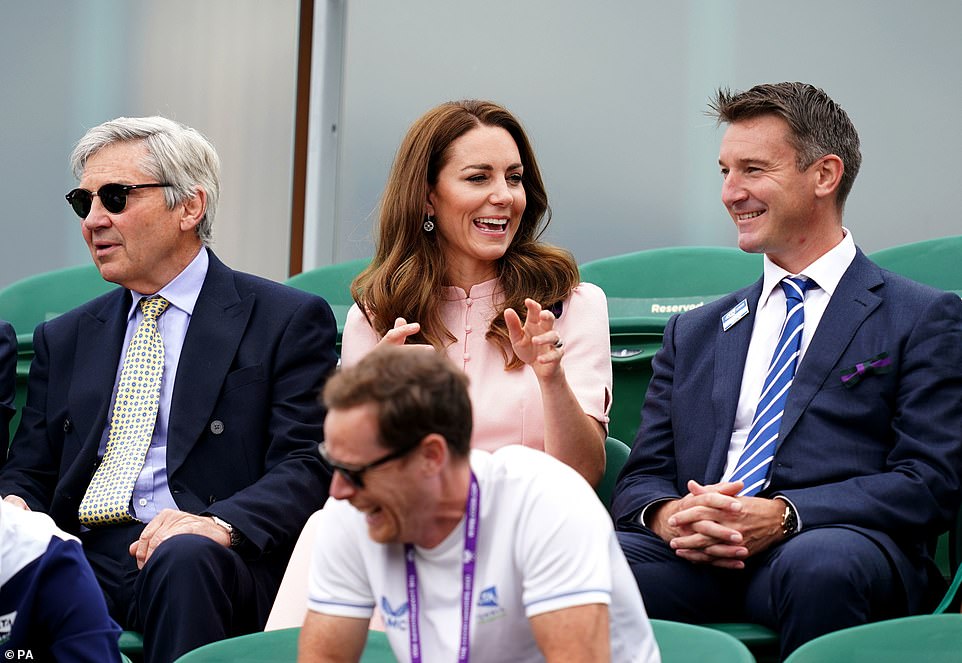 Kate appeared to be in good spirits joined her father Michael in the Royal Box to watch the men’s wheelchair singles final on Court 3. It’s thought she’ll be seated in the royal box this afternoon as Novak Djokovic takes on Matteo Berrettini in the men’s singles final

Beulah London, co-founded by Lady Natasha Rufus Isaacs and Lavinia Brennan in 2010, has become a go-to label for Kate, who has stepped out in the designs on a number of occasions.

Kate, who is the patron of the All England Lawn Tennis and Croquet Club, yesterday left self-isolation after first being alerted about her contact’s positive test last Friday  – after spending most of the day at Wimbledon with other VIPs. 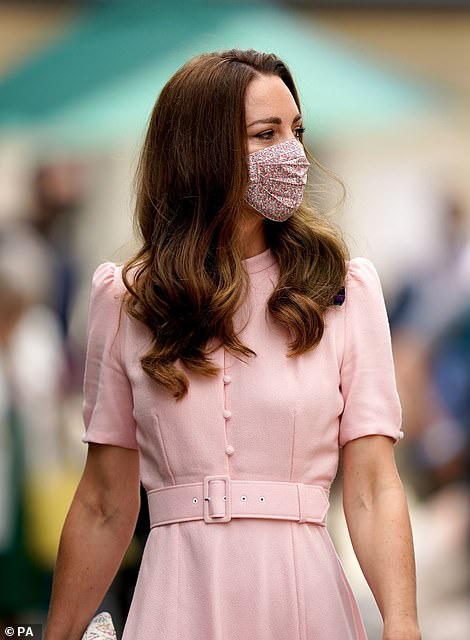 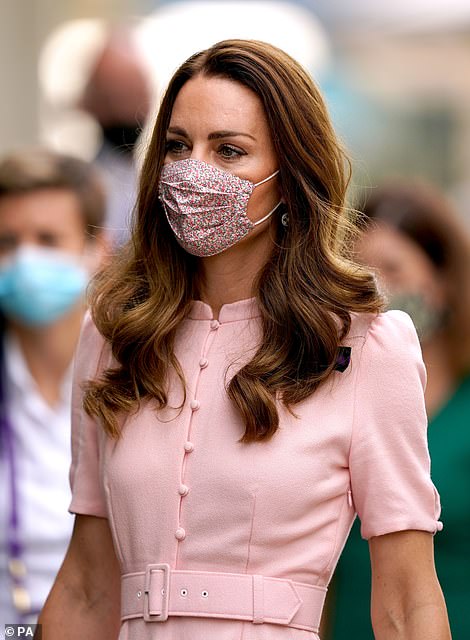 The Duchess looked elegant in the pale pink ensemble, which was belted at the waist. She wore her brunette locks lightly curled and tumbling over her shoulders 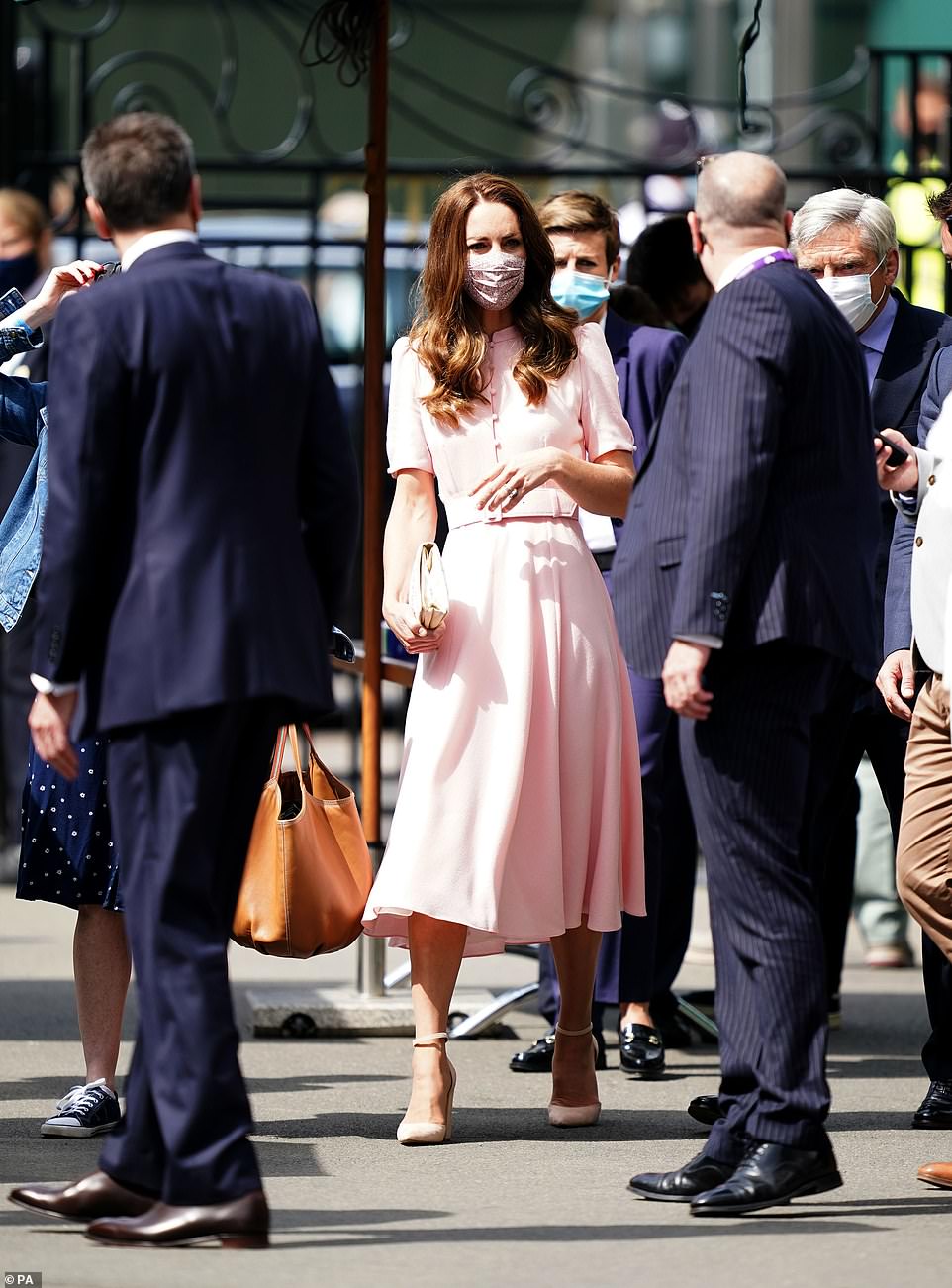 No rain today: There was bright sunshine in SW19 this morning ahead of the crescendo to the annual tournament 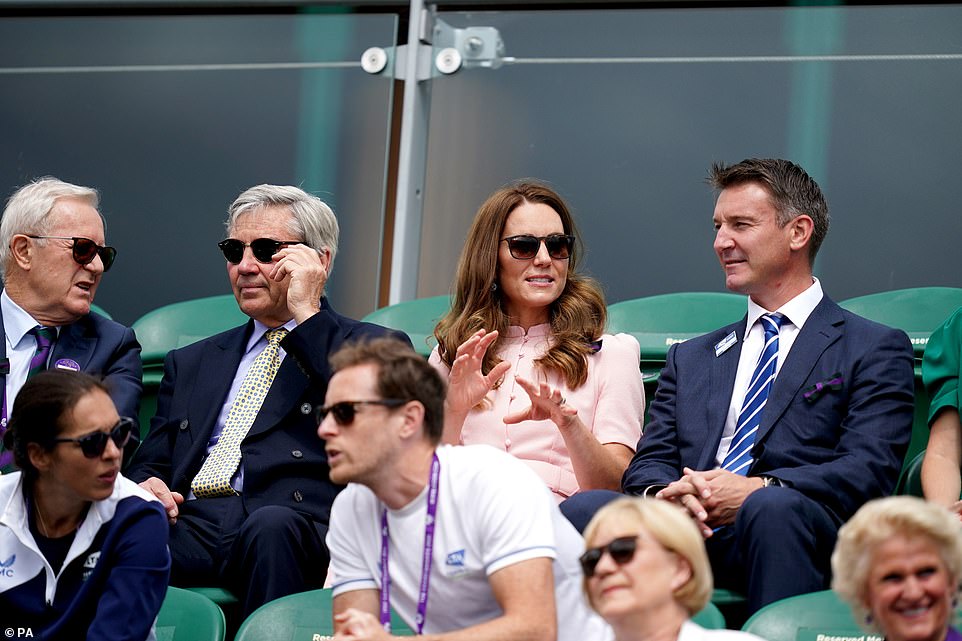 Take your seats: Kate sat with her father Michael to her right, donning a pair of sunglasses as she prepared to watch Gordon Reid and Joachim Gerard battle it out for victory on court three

Yesterday, the Duchess of Cambridge joined Prince William and a group of VIPs in the royal box for Ladies finals day.

The royal has sported dresses from the boutique brand on multiple occasions and often recycles looks from the designer.

The royal presented champion Ashleigh Barty with her trophy alongside president of the All England Club the Duke of Kent as the crowd cheered today.