Spot on! Kate Middleton looks elegant in a £1,515 Alessandra Rich polka dot midi dress as she joins Prince William their first Wimbledon appearance of the year

By Jessica Green and Harriet Johnston For Mailonline

The Duchess of Cambridge looked elegant in a polka dot dress as she took in the action alongside Prince William at Wimbledon today.

Kate Middleton, 40, cut a polished figure in a £1,515 Alessandra Rich frock as she arrived at SW19 on day nine of the two-week tournament.

An avid tennis fan, Kate is patron of the Lawn Tennis Association and a regular fixture at Wimbledon. Today is her first appearance at the championship this year.

Tennis fan! The Duke and Duchess of Cambridge are on hand to watch Novak Djokovic and Italy’s Jannik Sinner in their quarterfinal match 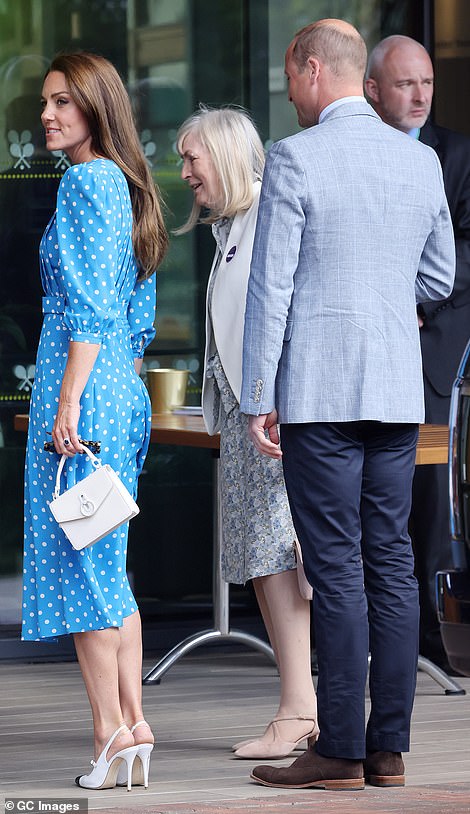 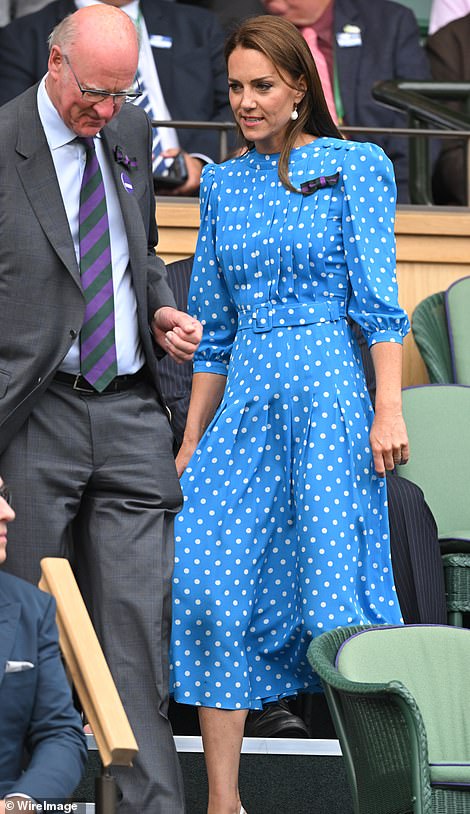 Kate Middleton, 40, cut a polished figure in an Alessandra Rich frock as she arrived at SW19 on day nine of the two-week tournament 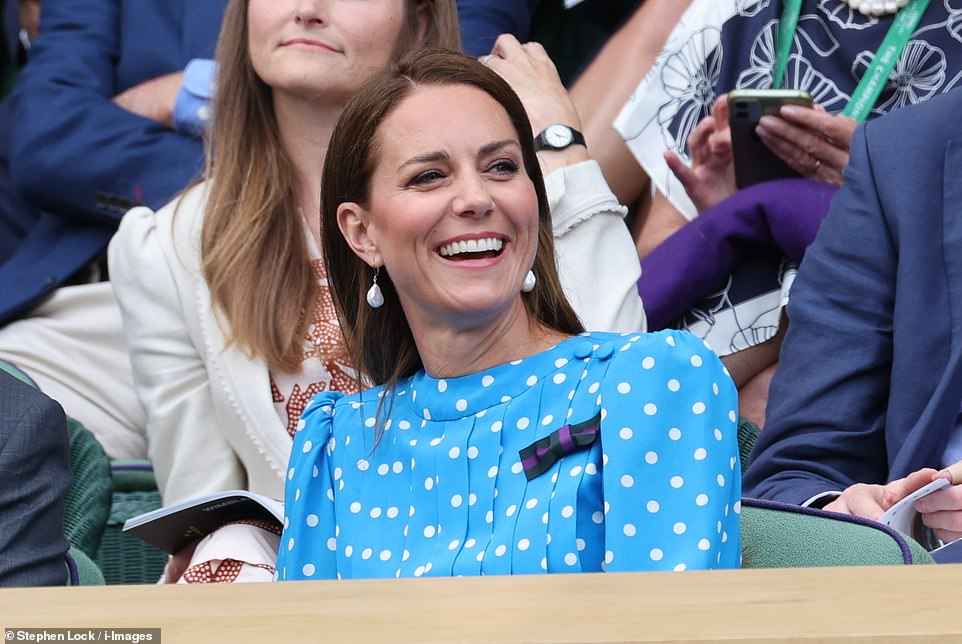 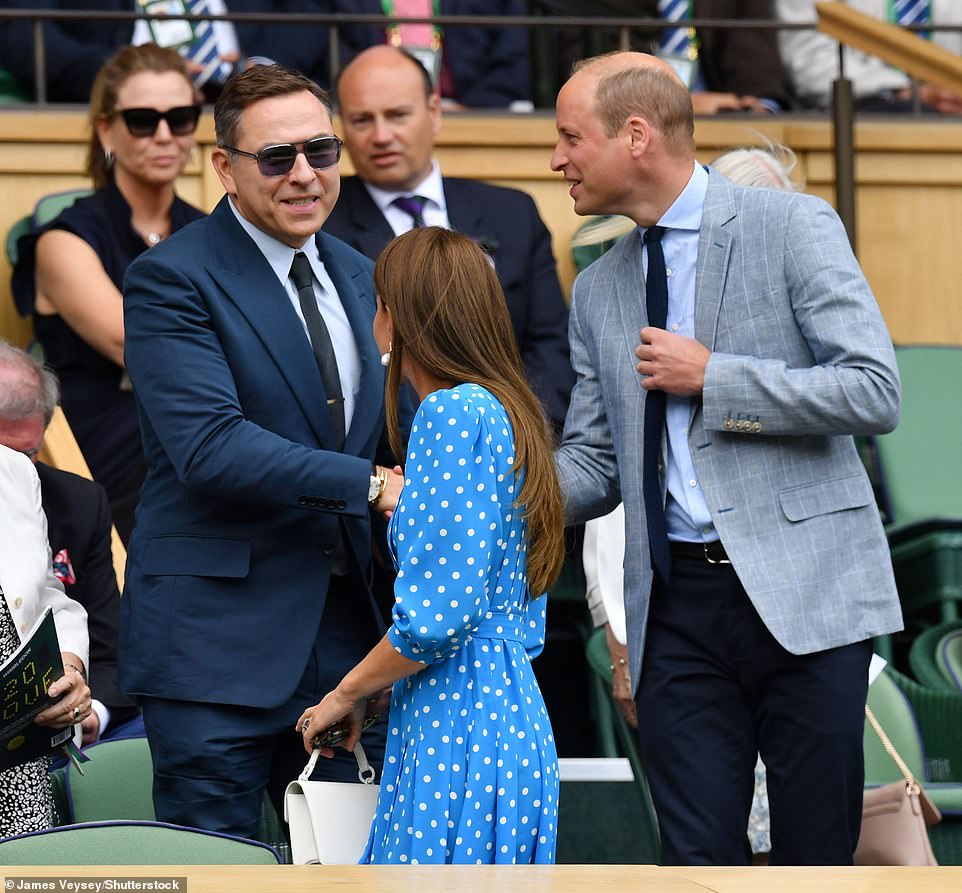 Celebrity guests: The Duke and Duchess of Cambridge greeted actor and author David Walliams on their arrival 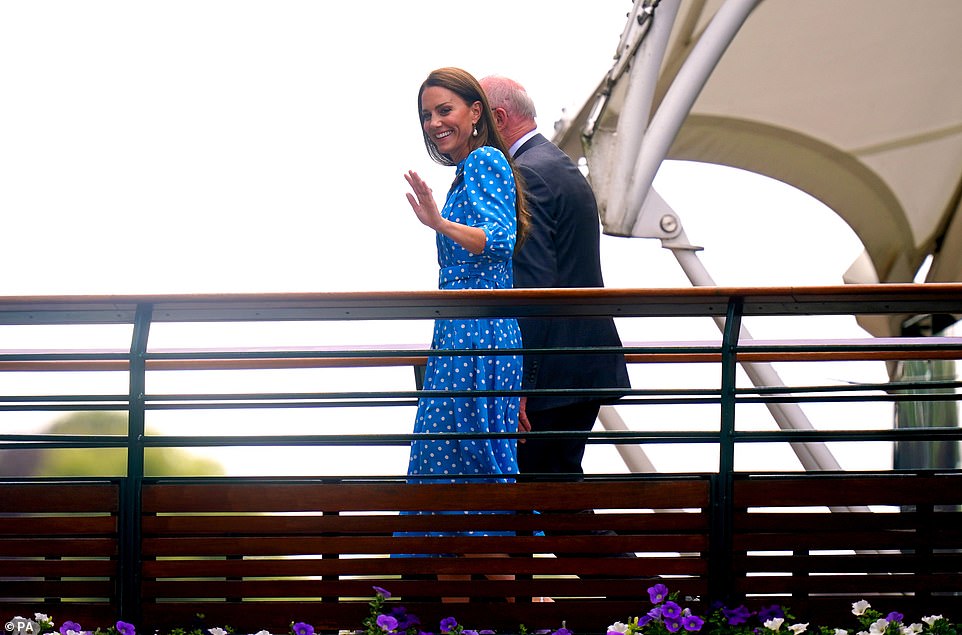 An avid tennis fan, Kate is patron of the Lawn Tennis Association and a regular fixture at Wimbledon. Today is her first appearance at the championship this year 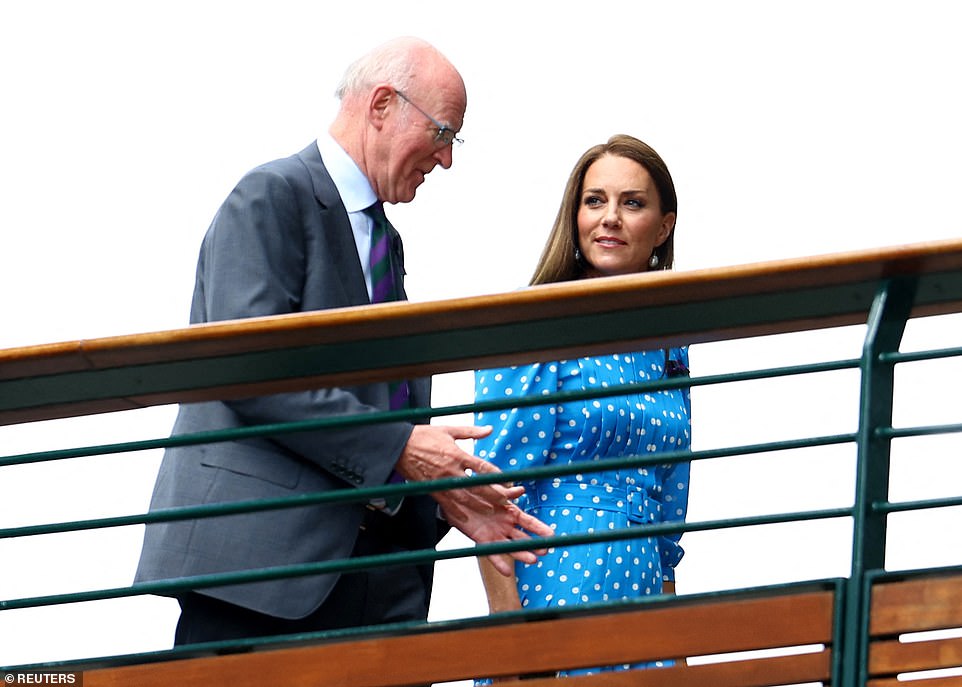 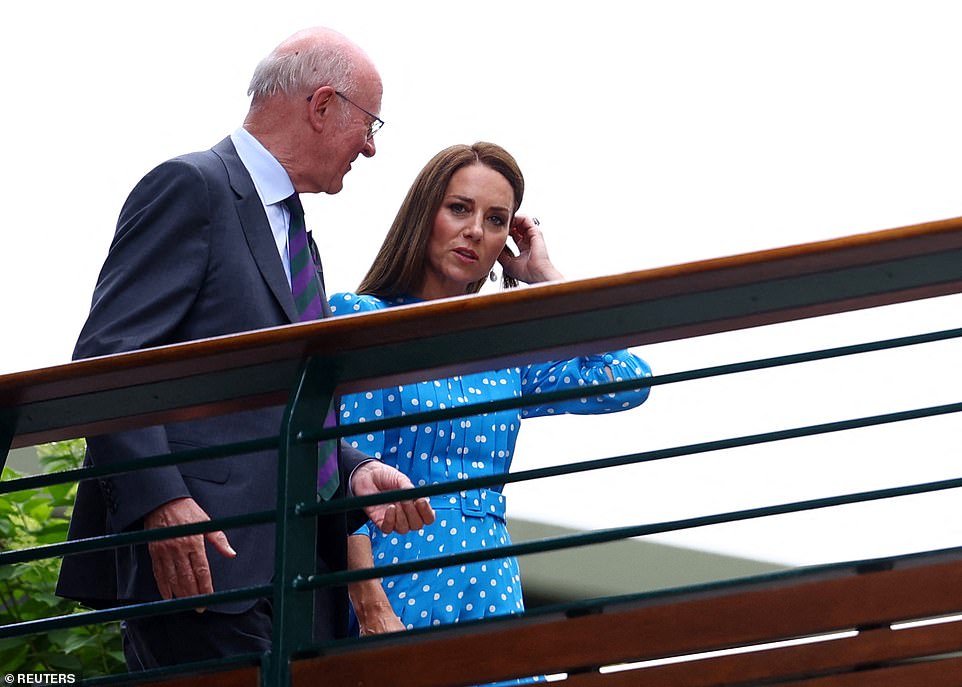 The royal parents-of-three looked in excellent spirits as they took their seats in the Royal Box to watch defending champion Novak Djokovic and British No.1 Cameron Norrie take centre stage.

Defending champion Djokovic will get the action underway on Centre Court as he takes on a high-flying Jannik Sinner for a place in the semi-final, in what is expected to be a thrilling match-up.

Following Djokovic on Centre Court will be third seed Ons Jabeur, who is yet to drop a set en route to the quarter-finals, as she takes on unseeded Marie Bouzkova.

Britain’s Norrie will look to cement a place in a Grand Slam semi-final for the first time as he takes on David Goffin this afternoon on Court 1. The ninth seed had previously never gone beyond the third round at a Slam.

Today’s appearance from the Duchess comes amid a busy period for the royal, who earlier this month visited Cambridgeshire with husband Prince William.

During their final appointment at the County Day, at Newmarket Racecourse, Kate was seen looking delighted as she held a youngster, who was wearing a pink dress.

A video of the sweet moment shows the mother-of-three smiling at and chatting with the baby, who she asked if she could hold, telling her mother: ‘I love babies.’

Meanwhile, Prince William was seen loitering nearby, watching his wife as she cuddled the tot, and Kate was certainly in no hurry to go when he urged her to move on.

The baby’s mother, Marianne Provoost, who had travelled from the Netherlands for the event, said the duchess had asked to hold her child by saying: ‘I love babies.’

Her daughter, four-month-old Norah, was handed back to her, with Ms Provoost telling the duchess: ‘Enjoy your day and enjoy your children.’