The Duchess of Cambridge went on a community midwife visit as part of two-days of secret work experience in a busy London maternity ward, a source has revealed.

It was revealed yesterday that Kate Middleton, 37, ‘completed two days with Kingston Hospital Maternity Unit in London’ earlier this week.

And a source told Hello! magazine that the royal divided her time between the antenatal, postnatal and labour wards, and even ‘went out on a community midwife visit’.

These visits typically take place within the first ten days of baby being born, while some community midwives also attend home births.

Kate has taken a keen interest in early years development and child mental health in the course of her royal work, and is believed to have visited the unit privately in connection to her Early Years work.

She is also patron of the Royal College of Obstetricians and Gynaecologists, after taking over from the Queen in 2018.

Kate Middleton, 37, took part in a ‘community midwife visit’ during two days of secret work experience with Kingston Hospital Maternity Unit in London (pictured, during a visit in October) 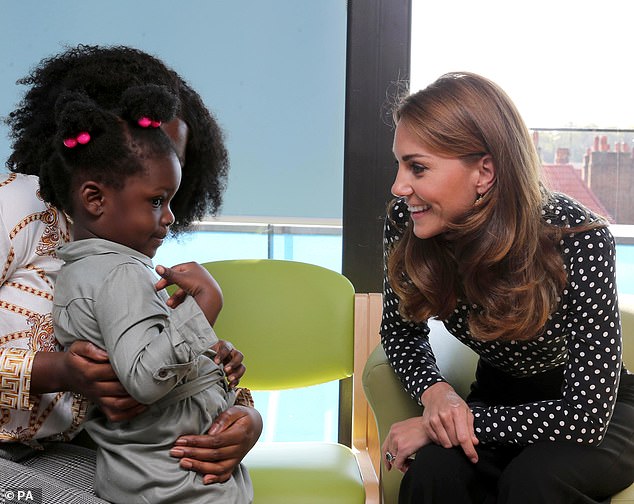 The Duchess of Cambridge spent two days at the hospital, where she divided her time between the antenatal, postnatal and labour wards (pictured, visiting the Sunshine House Children and Young People’s Health and Development Centre in Camberwell, south London in September)

Kate’s two days of work experience at the hospital were revealed yesterday in the Court Circular.

Kingston Hospital Maternity Unit delivered more than 5,900 babies at its maternity ward in 2018, and also offers assistance with home births, alongside a midwife-led unit.

This year the ward celebrated the Malden Suite’s 10-year anniversary and the midwife led unit is one of the most popular London, where on average 100 women deliver babies every month. 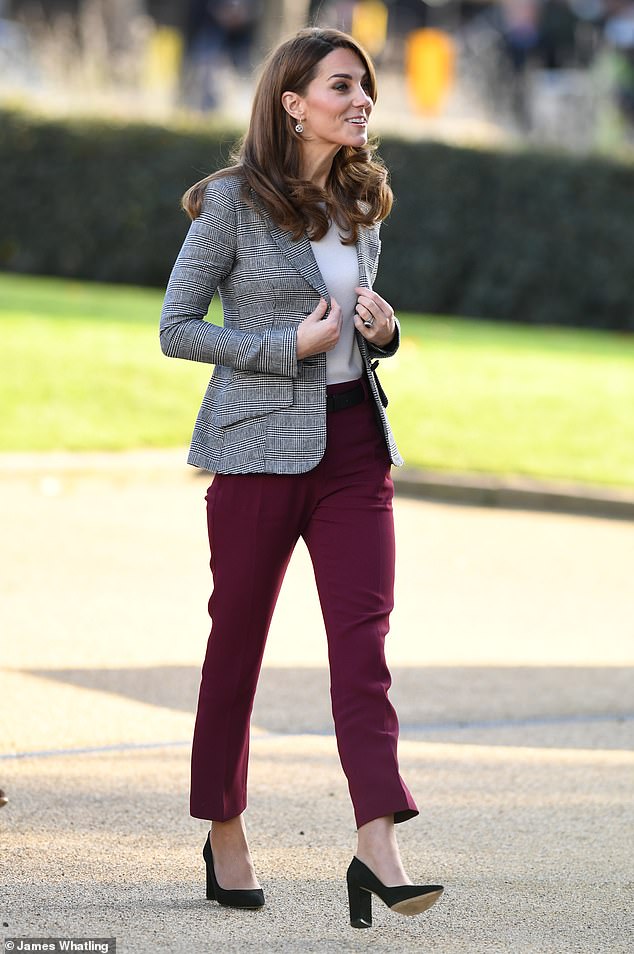 The royal – who is Joint Patron of the royal foundation of the Duke and Duchess of Cambridge – has been seen at many engagements during recent months demonstrating her natural affinity towards children.

What is a community midwife?

Community midwives given antenatal care to expectant mothers throughout pregnancies.

They tend to work in a team, and try to get to know expectant mothers throughout pregnancy, so a relationship can be built. They may see mothers in a clinic or children’s centre for antenatal checks.

Community midwives may also attend home-births, however in some areas there is a different dedicated team.

The team will also visit mothers and babies at home after the birth, usually in the first 10 days.

Earlier this month, Kate who is Royal Patron of East Anglia’s Children’s Hospices (EACH) – opened the £10 million Nook children’s hospice in Norfolk.

During her visit to the charity’s new hospice in Framingham Earl, the royal met children and families being supported by EACH, toured the hospice, and unveiled a plaque to officially open the building.

Chatting to Betsy Fletcher, whose brother Toby, 10, has dystonic cerebral palsy and other complex medical needs, she said: ‘I love your plaits. My daughter Charlotte loves plaits too but her hair is only this long so we have to do them up at the side.’

East Anglia’s Children’s Hospices cares for children and young people with life-threatening conditions across Cambridgeshire, Essex, Norfolk and Suffolk and supports their families.

In October, the Duchess accompanied the Duke of Cambridge who comforted children at a cancer hospital, visited by his late mother Princess Diana the year before she died, while on a royal tour of Pakistan. 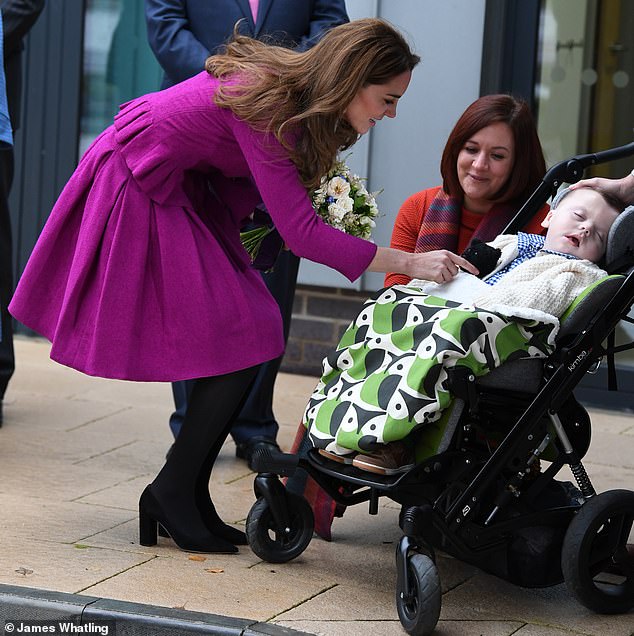 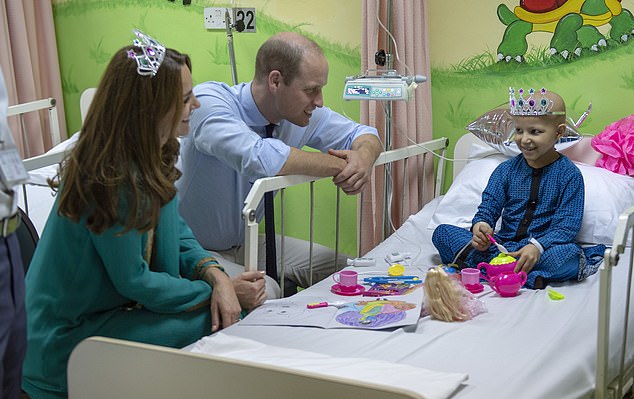 And while on the royal tour of Pakistan in October, Kate was joined by husband Prince William as they met children in the Shaukat Khanum Memorial Cancer Hospital in Lahore  (pictured with Wafia Rehmani)

Prince William and Kate travelled from the capital Islamabad to the bustling city of Lahore, where they had a busy schedule including a trip to the Shaukat Khanum Memorial Cancer Hospital and Research Centre.

At the state-of-the-art cancer facility located in the centre of Lahore this afternoon, they visited the children’s ward to spend time with patients undergoing treatment at the hospital, and spoke to a number of their families.

Among the other children they met was Wafia Rehmani, a seven-year-old girl from over the border in Afghanistan, who has a kidney tumour. She wore matching toy tiaras with the Duchess and hosted a toy tea party on her bed.