The Princess of Wales’s ‘right-hand woman’ and one of her most trusted aides has stepped down as her private secretary.

Hannah Cockburn-Logie, from London, who has worked in the role since June 2020,  quit shortly after Queen Elizabeth’s death, for personal reasons, reported The Telegraph.

Natalie Barrows, Kate’s assistant private secretary, has stepped up and travelled with the royals to Boston last week, during their first tour of the US in eight years.

A Kensington Palace source said: ‘Hannah is a fantastic, dynamic leader. Loyal and a skilled diplomat.’

The palace are now advertising for a new private secretary to take on the important role.

In 2016, Hannah worked as a diplomat for the British High Commission in India, when she led the then Duke and Duchess of Cambridge’s tour of India and Bhutan and after impressing the couple she was hired by Kate.

She guided the then Duchess throughout many difficult years including the departure of the Duke and Duchess of Sussex and their Caribbean tour which was met by criticism of ‘colonial overtones’.

In November, Hannah stepped back from her role as director of The Royal Foundation of the Prince and Princess of Wales after she resigned on 31 October. 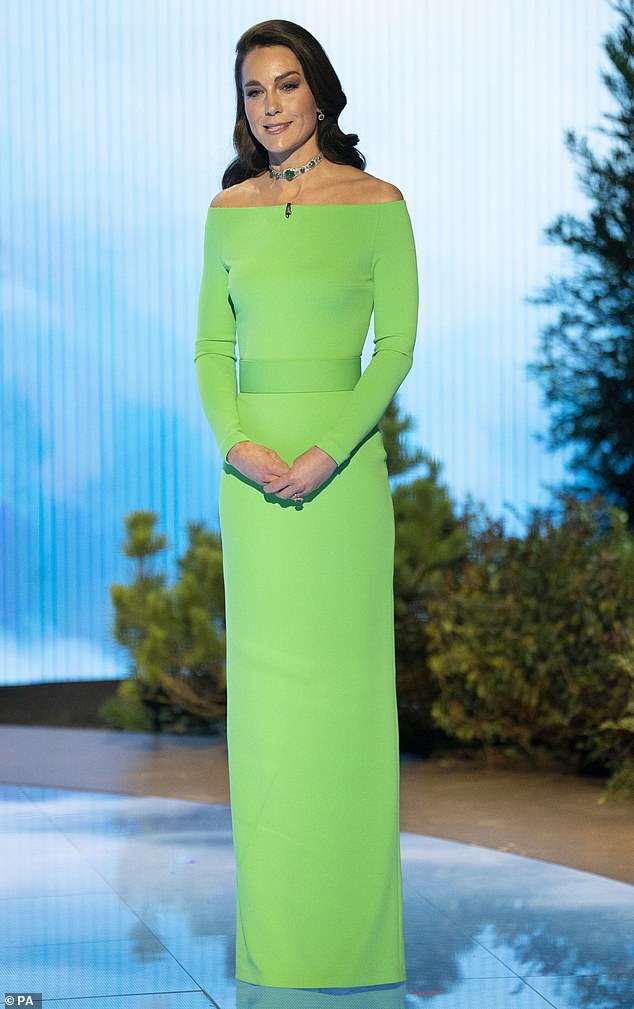 Natalie Barrows, Kate’s assistant private secretary, has stepped up and travelled with the royals to Boston last week, during their first tour of the US in eight years. Pictured, Kate in Boston 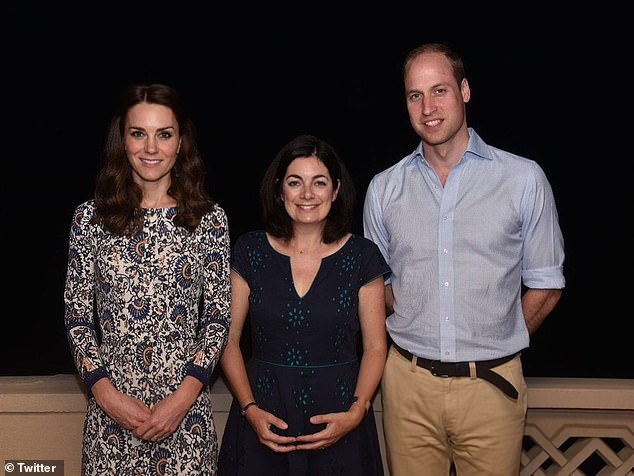 Hannah Cockburn-Logie, (centre) was the Private Secretary to the Princess of Wales (left)

According to The Royal Foundation’s official website, the charity ‘mobilises leaders, businesses and people’ to tackle ‘society’s greatest challenges’.

Its past programmes include the Coach Core Foundation, which encourages young people to take up sport, and the Invictus Games Foundation, a multi-sport event first held in 2014, for wounded, injured and sick servicemen and women.

Prior to taking on the job Ms Cockburn-Logie had a good working relationship with Prince William and his wife, having organised and arranged their week-long trip to India and Bhutan.

Ms Cockburn-Logie has more than 20 years worth of experience at the Foreign and Commonwealth Office. 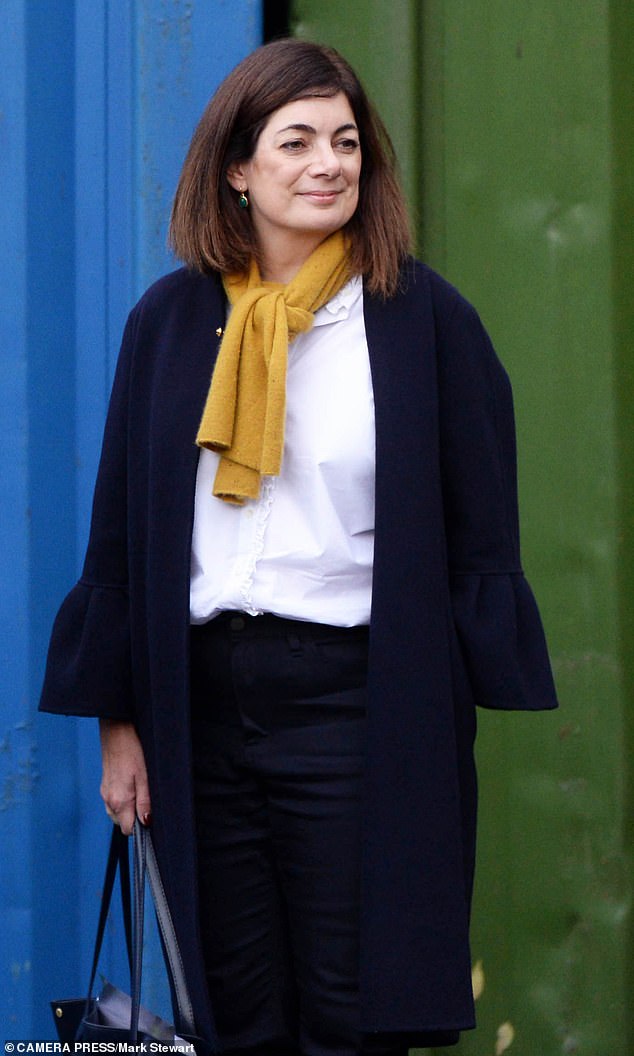 Prior to the job Ms Hannah Cockburn-Logie (pictured) had a good working relationship with Prince William and his wife, having organised and arranged their week-long trip to India and Bhutan

She was even awarded an OBE for her efforts and work in improving and fostering Britain’s relationship with India.

And in 2008 she received the Royal Victorian Order after successfully fronting the late Queen’s visit to Solvenia, where Her Majesty was greeted with clear blue skies and uncomfortably warm weather.

Kate’s previous private secretaries include Catherine Quinn – who left her post after two years in the job – and Rebecca Priestly who stepped down in 2017 having spent ten years in the role.

Other members close to the princess include the family’s nanny Maria Teresa Turrion Borrallo, who looks after Prince George, Princess Charlotte and Prince Louis. 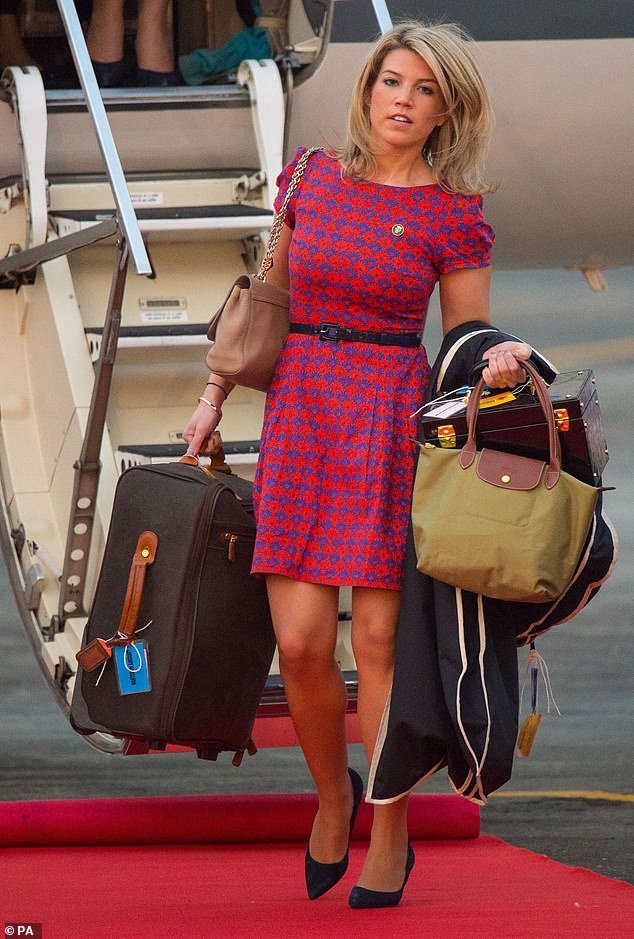 Other members of the Princess’s team include stylist Natasha Archer, helping the Princess of Wales coordinate her outfits for the cameras 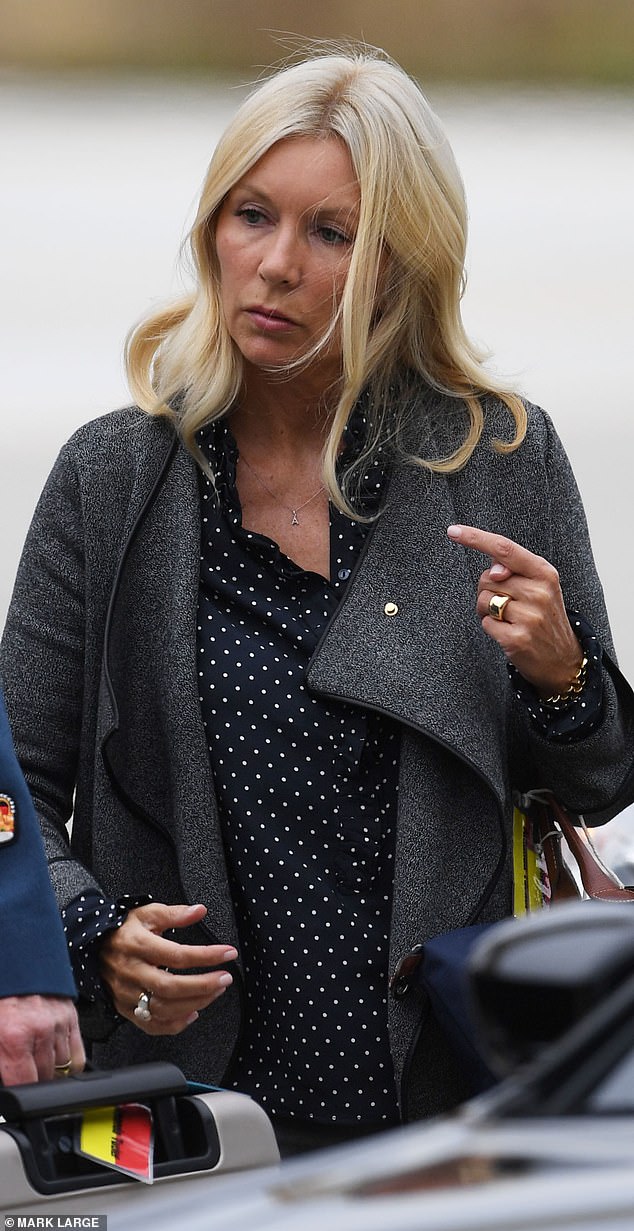 Meanwhile Amanda Cook Turner, who also has a close relationship with Kate, is behind the Princess’s luscious brown locks

Stylist Natasha Archer, nicknamed ‘Tash’, is another key member of the team, helping Kate coordinate her clothing and impress for the cameras.

In 2020 it was reported she was encouraging the then Duchess of Cambridge to take more risks with her choice of outfits.

Meanwhile Amanda Cook Turner, who also has a close relationship with Kate, is behind the Princess’s hair.

She was even allegedly one of the first people to meet Prince George when he was born.

What is the job of the Princess of Wales’s private secretary?

A private secretary – a role similar to a chief of staff – is there to improve the smooth running of the princess’s day, from coordinating her correspondence to organising her royal engagements.

They are also responsible for briefing Kate on any dignitaries or officials she might be meeting.

When meeting members of the public, the private secretaries will be seen walking just a few feet behind the Princess of Wales, ready to step in at any moment to carry the flowers, cards and other tokens she might be handed by well-wishers.

And while Kate tends to carry only the smallest of handbags, if any at all, private secretaries are more likely to be found with a larger hold-all packed with the essentials the Duchess might need.