The uncle of the Duchess of Cambridge has revealed that he was spurred on to go on an extreme diet after seeing photographs of himself at the wedding of her sister Pippa Middleton.

Gary Goldsmith, 52, who is the younger brother of Carole Middleton, says he’s so embarrassed by his 17-and-a-half-stone frame that he is going on a seven-week meal replacement plan in order to lose three stone.

The businessman, who runs a recruitment advisory, network and investment company, has already lost his first stone on a low-calorie diet and is planning to spend the next six weeks existing on Alevere shakes – rather than fry-ups, sugar and alcohol – to meet his target.

Gary, pictured in the suit he had specially made for niece Pippa Middleton’s marriage to James Matthews earlier this year, after the £5,000 suit he wore for Kate and William’s 2011 wedding no longer fitted him 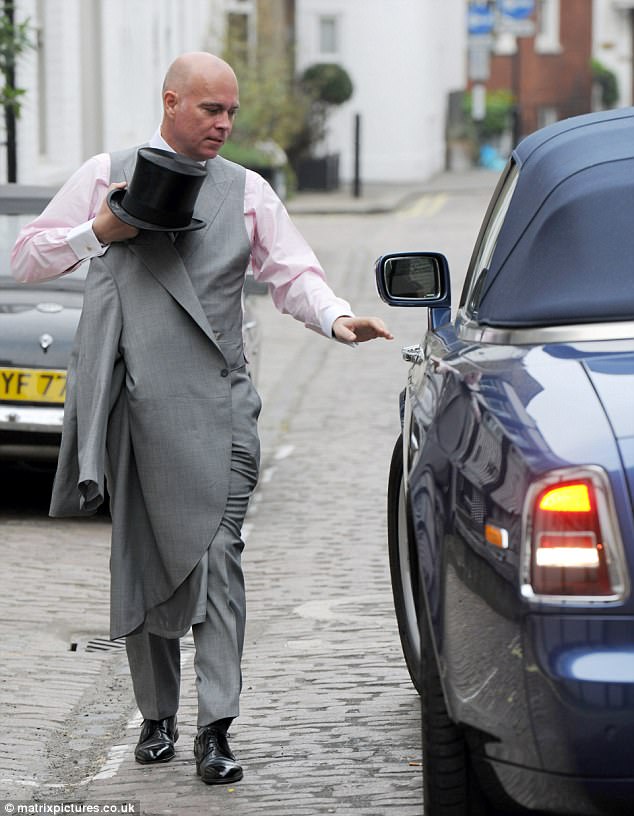 In a bid to ensure he does not fall off the wagon, he is appealing for people to sponsor him for £42,000 in aid of the charity Opera, a global recruitment company for disadvantaged young people, affiliated with the Prince’s Trust.

He has already had pledges for £12,690. In an exclusive interview with Mail Online, he said: ‘A few years back, someone asked me why I was super-sized and my family were so slim? Charming I thought, but it did strike a chord.

‘Then, when I was invited to Pippa’s wedding this year I tried on the suit I bought for Kate and William’s wedding. It was from Gieves & Hawkes and cost me £5,000 but I couldn’t get it past my shins.

‘Obviously I had to have another one made as I couldn’t fit in it, which was pretty embarrassing. Luckily I was rescued by my daughter Tallulah, who looked beautiful – everyone was looking at her not me.

‘But I realised I had to do something about my weight so that I didn’t let the side down. After all my sister and nieces have always looked after themselves and eaten healthily, which is why they have such stunning figures. 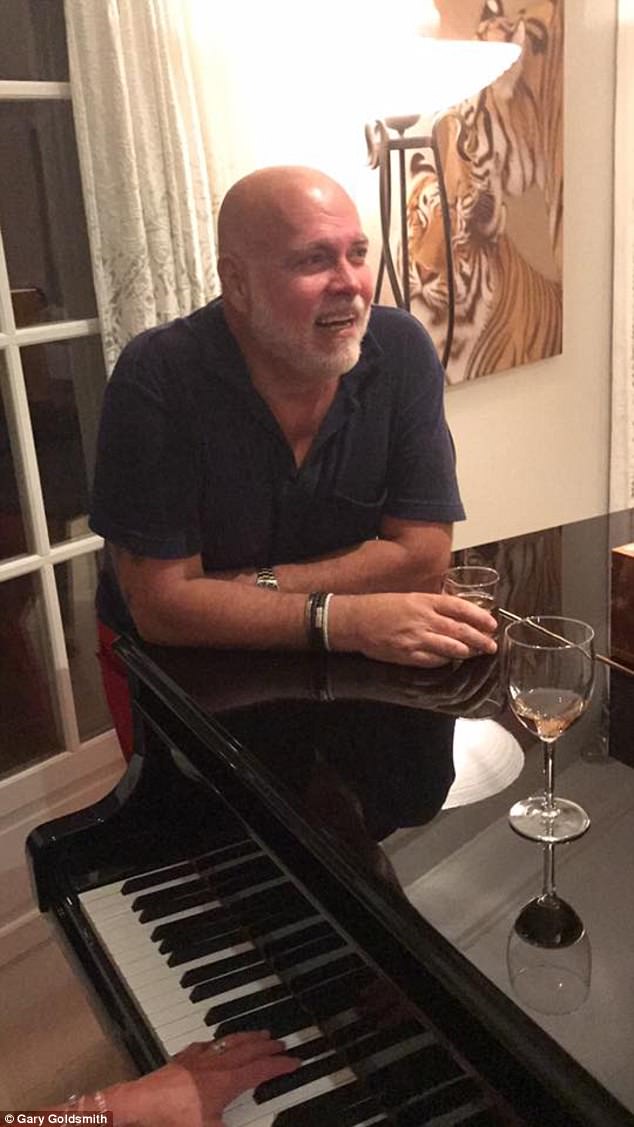 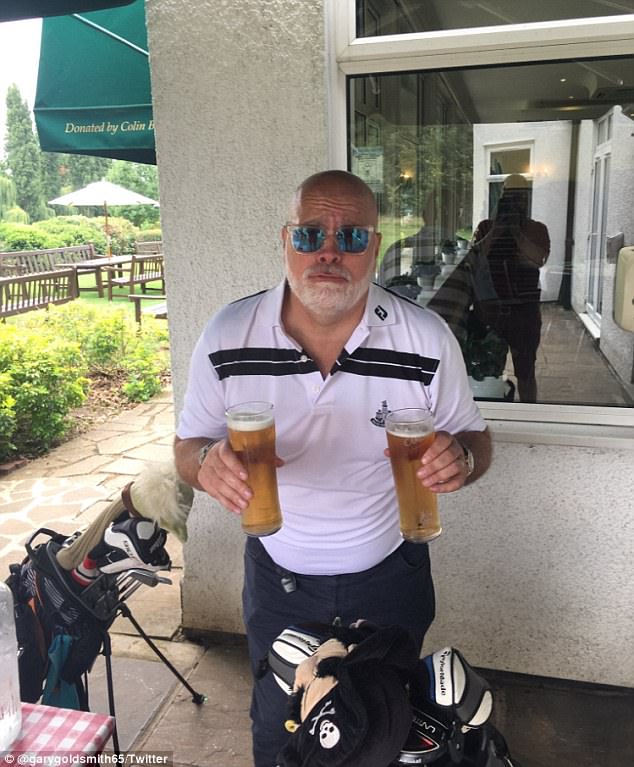 Time to ditch the booze! Kate and Pippa’s uncle has vowed to lose weight to raise money for charity after revealing that the £5,000 suit that he wore to the Duke and Duchess of Cambridge’s 2011 nuptials no longer fits him 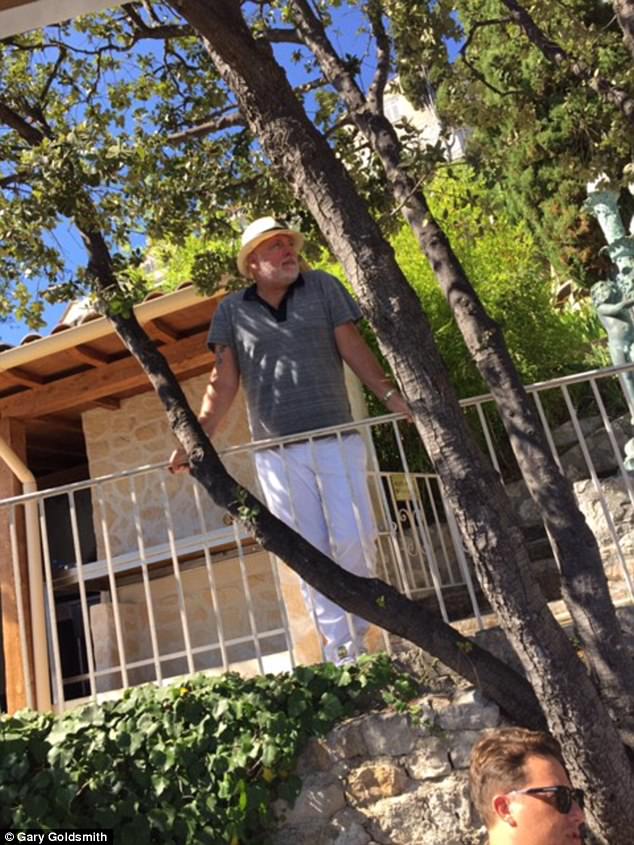 Gary found he couldn’t get the £5,000 suit he wore to Kate’s wedding ‘past his shins’ ahead of Pippa’s nuptials in May 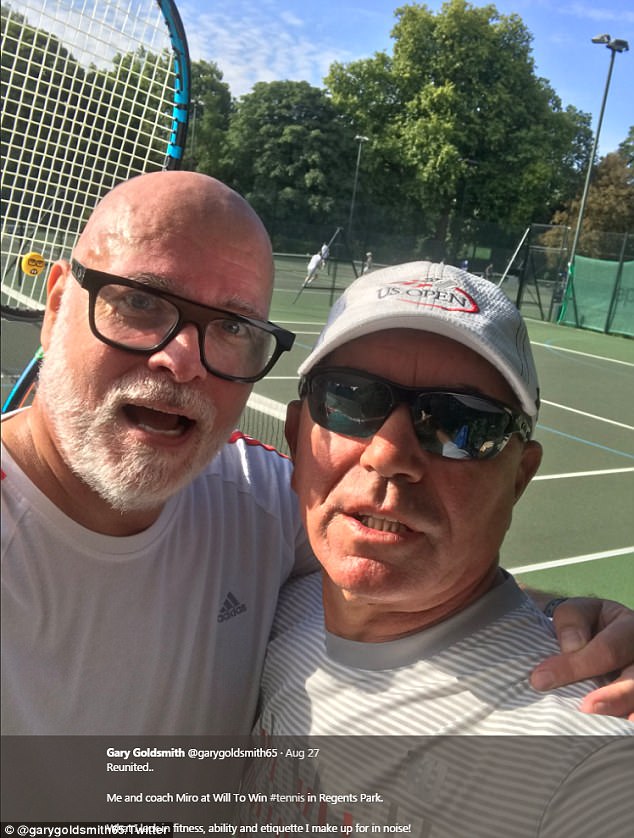 In a recent photo on Twitter, Gary was hitting the tennis court as he attempts to raise £42,000 for the OPERA charity

‘When I came across a diet that was scientific and monitored by a GP yet guaranteed significant weight loss, it sounded like the perfect opportunity to lose weight and raise money for charity.

‘In the same way as the diet can cure diabetes and change lives so the charity can help young adults who fall through the cracks to change their stars by getting jobs.’

Like his sister, Gary, who is married to his fourth wife Julie-Ann, grew up in a loving family in Southall, where sport was on the top of the menu.

Sister Carole taught him to play tennis and he was a keen runner and skier. At the age of 21, he weighed 12 stone and had a 28-inch waist.

A few years back, someone asked me why I was super-sized and my family were so slim? Charming I thought, but it did strike a chord…

However, while Carole enjoyed the country lifestyle, he became a recruitment consultant and his girth expanded as he partied as hard as he worked. When he sold the company for £30 million, his weight spiralled out of control.

‘As a kid I was very skinny and athletic,’ he said. ‘I would run the three miles to and from Cranford Community School – and I played every sport.

‘That stayed with me until I sold my company and went off on an eight-year sabbatical. Basically my days started to revolve around food and drink. I was mainly based in London but I would go on holiday a lot. There were lots of meals in the best restaurants all over the world.

‘The day would start mid-morning with a lovely breakfast of steak and scrambled eggs washed down with a Bloody Mary. That’s definitely the breakfast of champions.

‘Then it would be a three-course lunch with wine at Langham’s, then meeting friends in the pub for drinks. I would be doing that at least four times a week, plus eating at odd hours. Dinner could easily be at midnight.

‘I was effectively on one long holiday so I ate like it – everything revolved around the next meal. It was a lot of fun, mind you. But before I knew it I was almost twice the man I was.’ 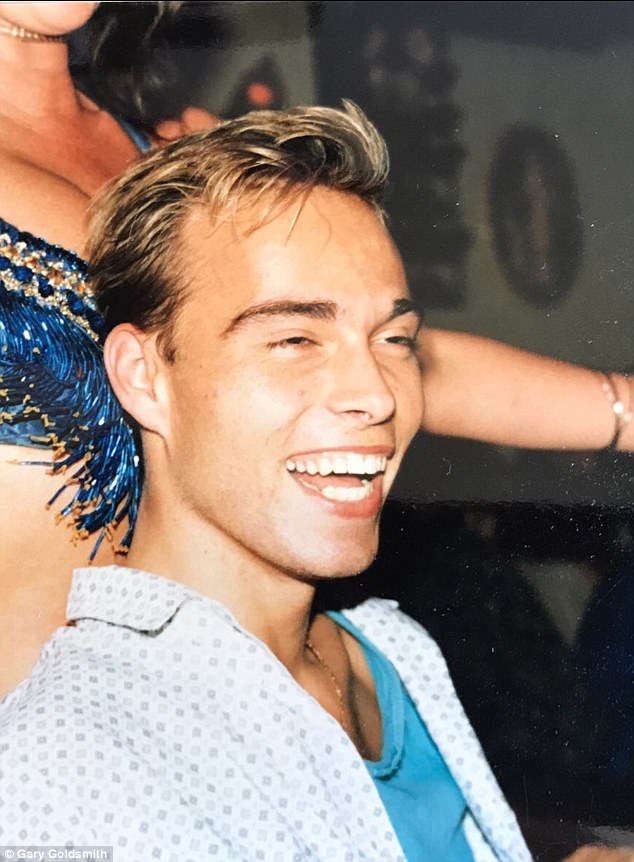 A young Gary, who admits he’s outgrown the suit he wore to the Royal Wedding back in 2011 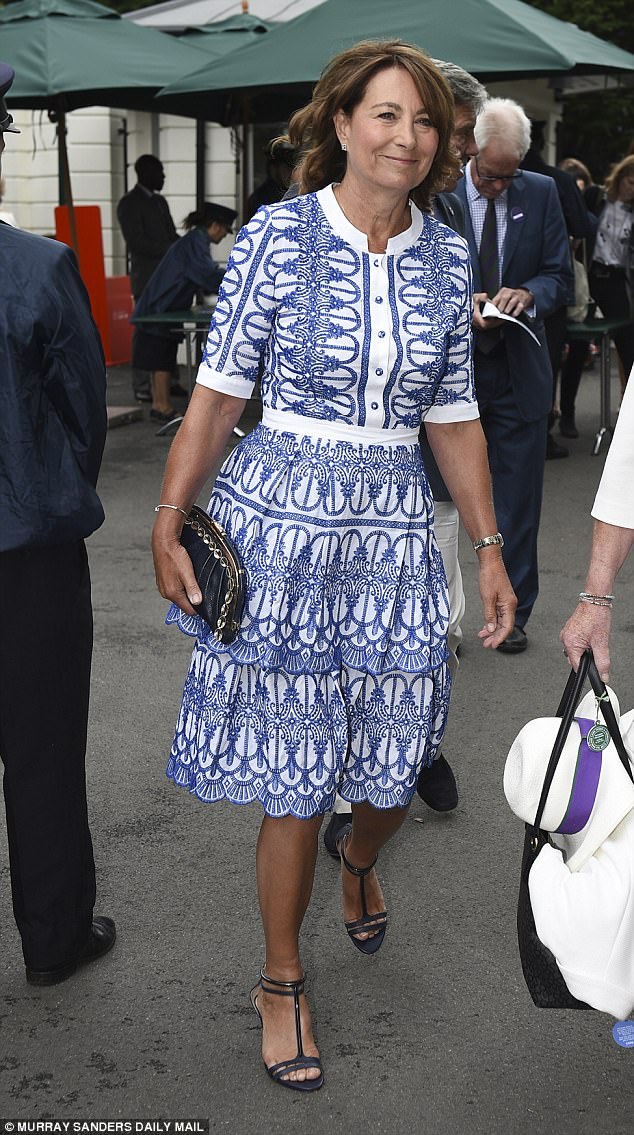 Gary reveals that while his sister Carole embraced the country life, he lived like a city slicker dining on steak and eggs for breakfast, washed down with a Bloody Mary, when he sold his company for £30million

It was while Gary, who is now running a recruitment advisory, network and investment company, was on holiday with a friends in Cannes that he came across the Alevere diet, a £250-a-week, medically-supervised combination of meal replacements and specialised treatments, which helps people lose weight fast and safely.

He decided to sign up for the programme and aims to meet his target weight for his inaugural recruitment business conference RDLC in Ibiza in October.

‘I was on holiday with a friend of mine in Cannes and he told me how he had lost a lot of weight on it and it has stayed off. It sounded just the ticket for me.

‘There is a lot of networking and socialising in the job but for now I am on the wagon and following the Alevere diet, which is rather like being an astronaut. The treatments are great – they make me feel as if I am being ironed and hoovered.

‘I’m very committed when I want to be, I’m doing it for a very good cause and I’m confident I will get there. I lost a lot of weight once but put it back on again, so now I have to buckle down.

‘My wife, who has always had a model figure, and my friends have been badgering me to lose weight so I think it is high time I listened to them and stopped letting the side down.’