Kate Moss has revealed her very expensive skincare regimen – which includes a face cream priced at £950.

The supermodel, 44, described her daily morning routine as ‘quite simple’, despite it costing nearly £1,150 in total.

She explained how she likes to use the Decorte’s Clean & Pure Foam Wash, priced at £52, before using the brand’s £140 Vitality Tincture mixed in with her moisturiser.

The mother-of-one said she uses the AQ Meliority Intensive Cream, priced at £950, to hydrate her skin.

Speaking to the Evening Standard Magazine, Kate – who is a brand ambassador for Japanese brand Decorte – said: ‘My daily routine is quite simple.

‘I wash my face with Decorte’s Clean & Pure Foam Wash, then add a few drops of Vitality Tincture to the brand’s AQ Meliority Intensive Cream (£950) to really hydrate my skin.’

Meanwhile, the Vitality Tincture is said to ‘saturate skin with moisturizing oils’, in order to keep it hydrated.

Kate also revealed some of her favourite fragrances, which includes Clarins’ Eau Dynamisante, priced at £50.

The model has spoken in the past about how she likes using facial oils on her face, including the Sanctuary Spa Wonder Oil Serum, priced at £19.50.

When it comes to her make-up, she has previously revealed that she is a big fan of Charlotte Tilbury’s Ibiza Beach Stick, which she uses as a bronzer, and the YSL Volupte Sheer Candy Lipstick.

It comes after Kate’s 16-year-old daughter Lila, who was announced as the new face of Marc Jacobs Beauty earlier this month, revealed the beauty tips that she’s learned from her mother over the years.

‘She tells me to always make [my make-up look] natural and she loves curling her eyelashes,’ Lila told Allure.

‘Everyone finds that a bit scary but I do it every day because of her.’ 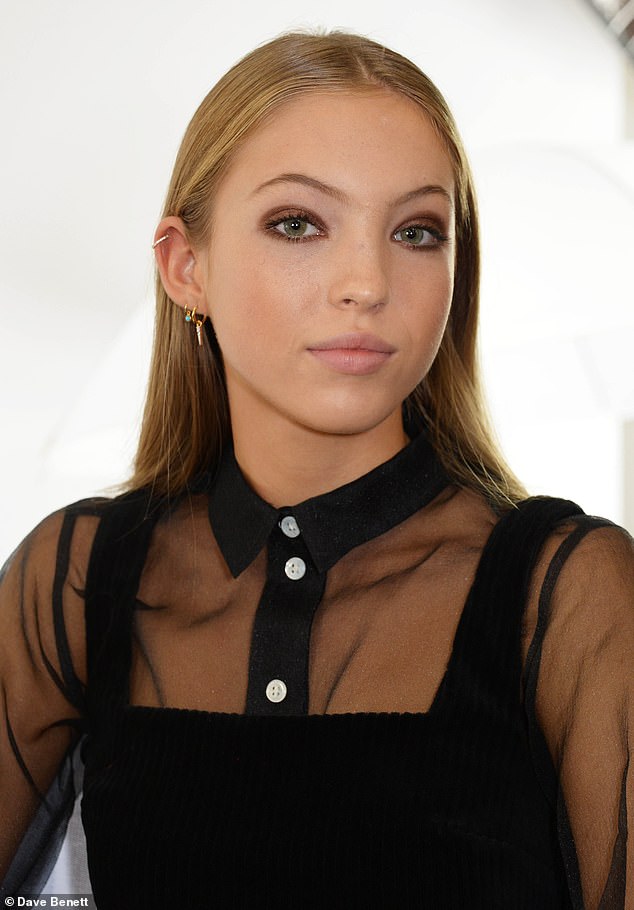 Kate’s 16-year-old daughter Lila (pictured), who was announced as the new face of Marc Jacobs Beauty earlier this month, revealed her mother has always told her to keep her make-up ‘natural’