Kate Ritchie flaunts her trim figure in a bright swimsuit

‘Summer days!’ Former Home And Away star Kate Ritchie flaunts her trim figure in a bright swimsuit as she showers off the sand with daughter Mae, four, after a swim at the beach

By Alisha Buaya and Marta Jary For Daily Mail Australia

She is the former soap star who used to call Summer Bay home.

And on Saturday, former Home and Away star Kate Ritchie flaunted her trim figure in a bright swimsuit after enjoying the day at Callala Beach, on the New South Wales south coast.

The 40-year-old took to Instagram to share a photo of herself washing off the salt and sand at an outdoor shower.

‘Summer days for days!’ Former Home And Away star Kate Ritchie flaunts her trim figure in a bright swimsuit as she showers off the sand with daughter Mae, four, after a swim at the beach

In the snap, the former Home And Away star showcased her figure in a red polka dot swimsuit.

She titled her head back to let the water run down her front as she carried four-year-old daughter Mae, who looked cute in her peach rash shirt.

‘Summer days for days!’ the Nova 96.9 radio presenter wrote in the caption. 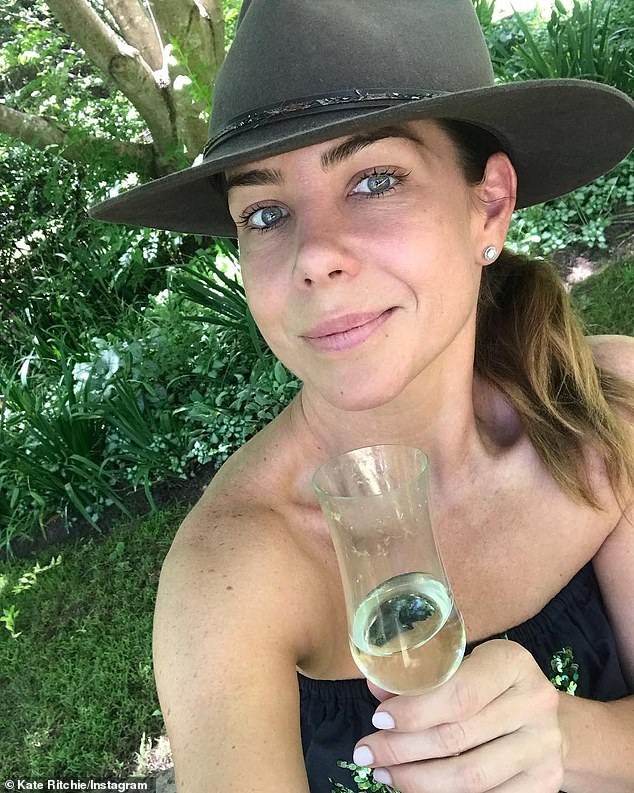 Summer stunner: The former Home And Away star wrote in the caption: ‘Summer days for days!’

Her photo at the beach comes after she revealed that she had been gifted a brand new car for Christmas.

In an Instagram posted on Sunday, Kate revealed that Mae was impressed and thought they were on a plane instead of a car as they drove to Sydney’s Carols in the Domain.

As little Mae can be heard singing in the back of the car, Kate asks her: ‘Why do up think we’re on a plane?’ to which the tot replied: ‘Because we have a tray table!’

In the caption she wrote: ‘I must have fooled the man in the big red suit and scored a spot on the nice instead of naughty list this year!’

‘Thank you Santa for the early delivery of my brand new Ford Escape SUV It seemed fitting that its first outing should be to the @carolsdomain’. 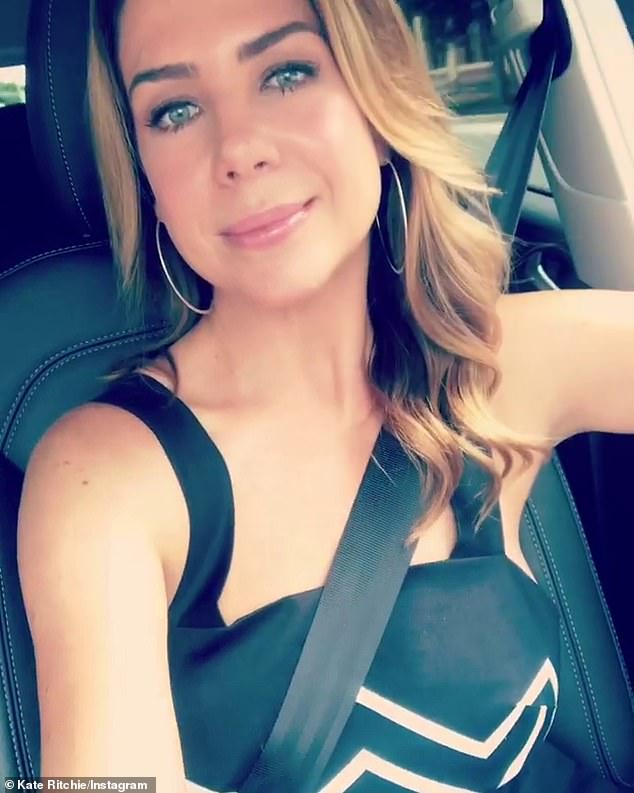 She’s not on Santa’s naughty list! This comes after Kate revealed she was gifted a new SUV for Christmas

The former soap star and the former NRL star, 38, appeared united as they smiled on the red carpet with daughter Mae.

The family’s appearance at the Christmas carols come after Kate and Stuart celebrated their eighth wedding anniversary, back in September.

The radio personality and the athlete married in an intimate country-style wedding in September 2010, and in August 2014, they welcomed daughter Mae. 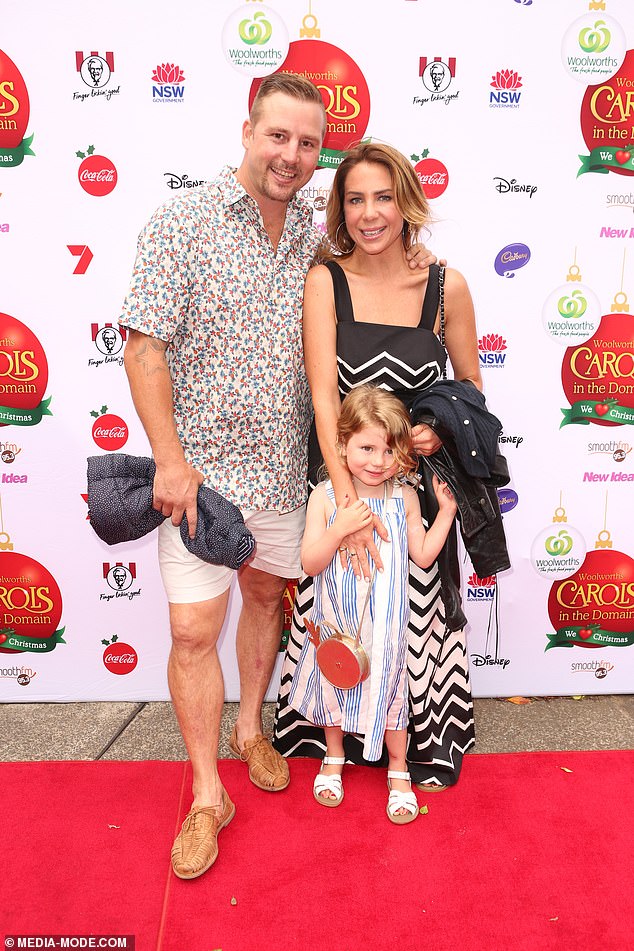 Family time: Last Saturday, Kate, her husband Stuart and their daughter Mae attended the Christmas Carols In The Domain