With a life growing inside her, Kate Upton is watching what she eats.

And only the best will do for the mom-to-be, who tucked into a meal including a $42 salad and a $20 smoothie as she dined with husband Justin Verlander at the Beverly Hills Hotel on Friday.

Enjoying a fancy brunch at the upmarket spot’s Cabana Cafe, the two chose a selection of healthy treats, including the McCarthy salad, an iceberg based meal with bacon, egg, avocado, chicken, beets and tomato.

Babies who brunch: Kate Upton shows off her bump as she tucks into a $42 salad and a $20 smoothie at the Beverly Hills Hotel on Friday morning

In total their meal came to $181 plus tax – although the final bill was much higher.

Someone behind the register cheekily tagged on an extra charge, tacking on a $1million fee for being a ‘Dodger killer’ about halfway down the receipt.

Justin laughed along, posting the ticket on social media with the note: ‘Beverly Hills Hotel really making me pay for that World Series win,’ before finishing off with e cheery ‘Thanks for the great lunch as always!’

The baseball player beat out LA with his team the Astros during last year’s World Series. 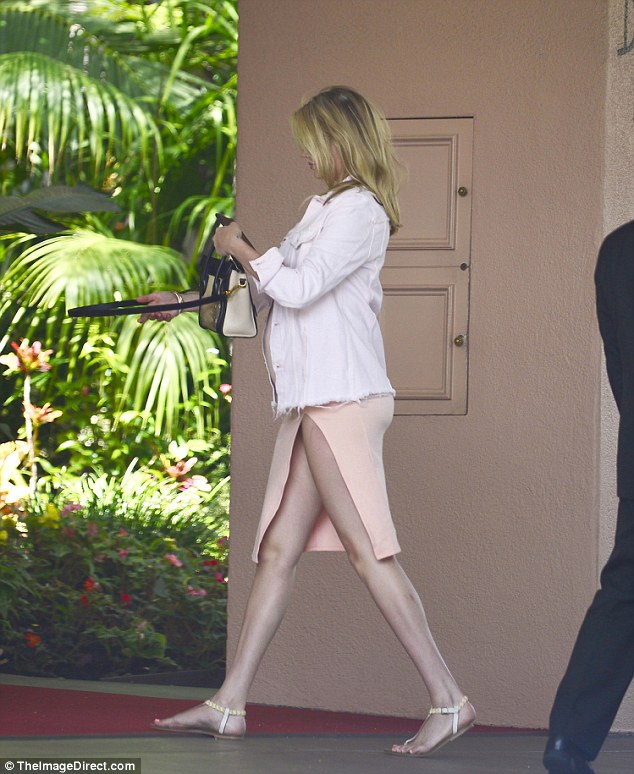 Pretty in pink: For their morning meal, Kate wore a pale dress with high slits at the side 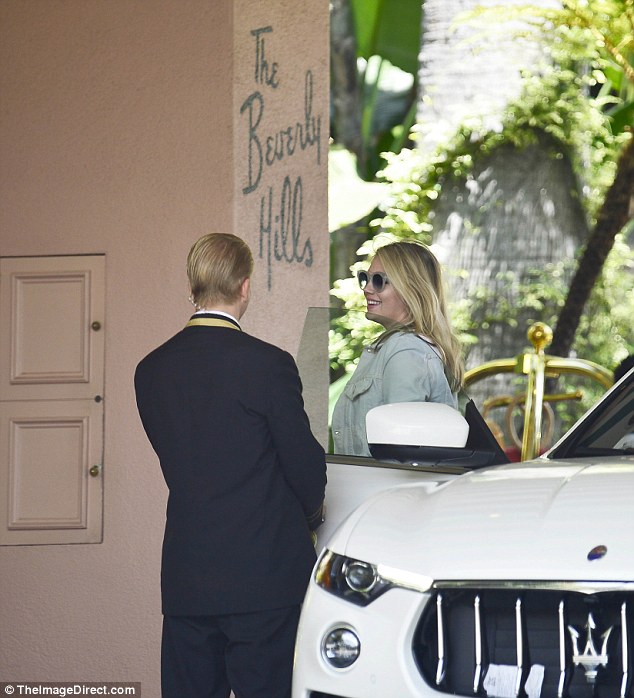 Welcome back: The model and her baseball star husband are regulars at the upmarket hotel

For their morning meal, Kate wore a pale pink dress with high slits at the side.

The 26-year-old had touched into LA late Thursday with her dog Harley.

She and Justin wed last year, and Justin has said that the stunning blonde beauty has helped him through the numerous ups and downs, including injuries, of his career.

He shared: ‘Who knows, if I’m even here if it wasn’t for her? She was instrumental in me not, like, jumping off a bridge. I was depressed and kind of just upset at the world and trying to hide my own s***. F***, man. She was what I needed.’ 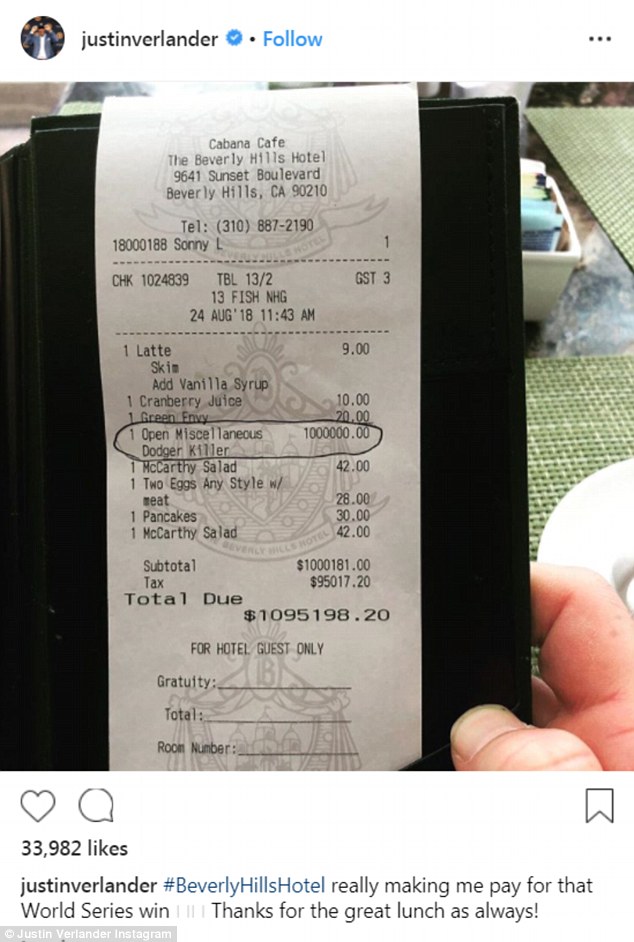 Joker: Someone behind the register cheekily tagged on an extra charge, tacking on a $1million fee for being a ‘Dodger killer’ about halfway down the receipt

The pitcher – who currently plays for Major League Baseball side the Houston Astros after 13 seasons at the Detroit Tigers – told Bleacher Report: ‘I don’t like to talk to people about being hurt. As athletes, you’re not supposed to. It’s an excuse … But she was someone I could talk to. I mean, basically a therapist.

‘Somebody I could trust with… worries about my career. Worries about, can I make it? Worries about what I’m going through to get back. And just the overall s**ttiness of it all.’

Kate aided her husband’s recovery when she suggested he should seek a second opinion about a shoulder injury. 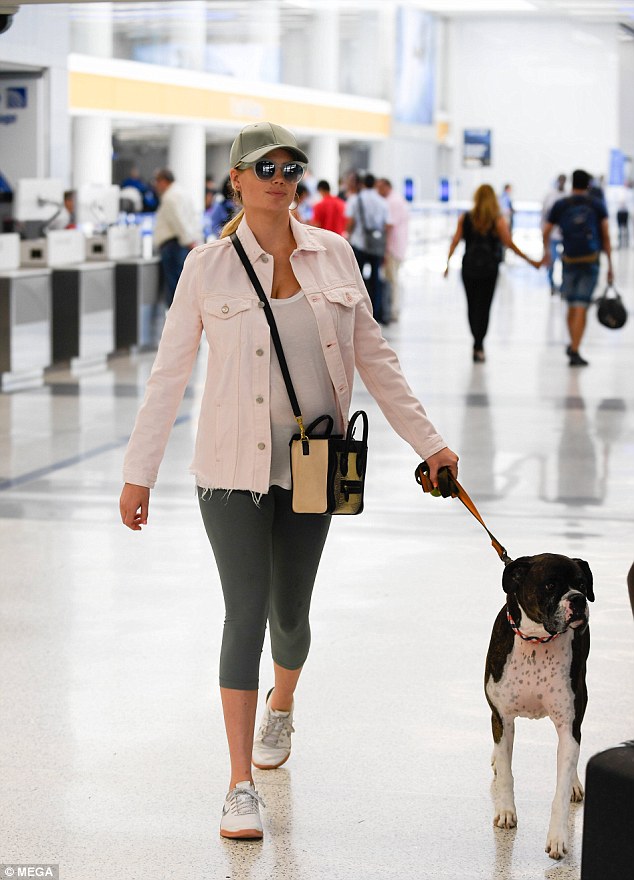 Jetting in: Kate had arrived in Los Angeles with her dog Harley on Thursday

She said: ‘You would never expect that when you get to the major leagues, you’re not receiving the best of the best.

‘As a woman, you learn to always question everything everyone is telling you. My industry? My perspective of things? We can’t depend on anyone. Everything is our responsibility.’