She is inseparable from her footballer boyfriend Rio Ferdinand, 39.

But Kate Wright enjoyed a rare outing without her man at Roka restaurant, in East London, not leaving with her pals until the early hours of Sunday morning.

The former TOWIE star, 26, exuded elegance in a caramel-coloured furry jacket to keep off that frosty bite to the air in the British capital.

PICTURE EXCLUSIVE: Kate Wright exudes elegance in furry jacket as she parties the night away with pals in London… as she enjoys rare outing without her beau Rio Ferdinand

And Kate has proven to focus on her new life as the girlfriend of former football star Rio Ferdinand, 39, in her latest social media snap over the weekend – where she adorably poses with the TV pundit’s daughter, Tia, six.

In recent weeks, the football star gushed in an Instagram post with his girlfriend as he shared an emotional reflection of 2017 – thanking Kate for bringing ‘brightness’ back into his life.

Next to a photo of the pair in a hotel room in Dubai, he wrote: ‘To say 2017 has been a tough year would be a huge understatement. Some dark moments but brightness has been spread around me and mine by this one in many different forms. 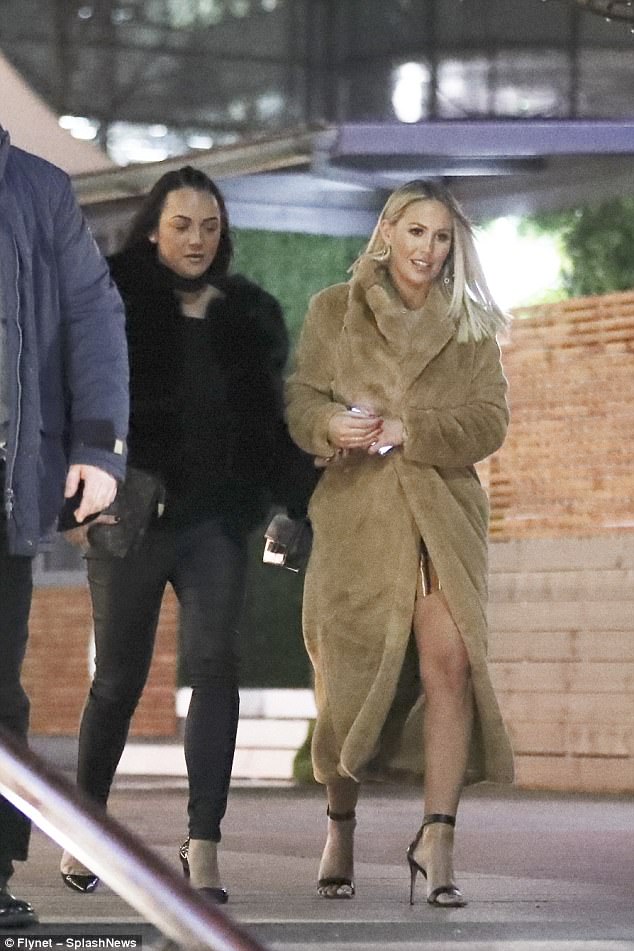 ‘Christmas being just 1 example, all the thoughtful little details that make things that much better for all of us; little throwback pic [sic].’

The couple were in Dubai earlier this month, ringing in the new year in sunnier climes after a Christmas at home in the UK with Rio’s children.

Last year, Kate turned her back on showbusiness and her role on The Only Way Is Essex to focus on family life with boyfriend Rio and his three children.

And on New Year’s Day, the reality star finally gave some insight into life with the footballer and his brood – Lorenz, 11, Tate, nine, and Tia, six, from his marriage to his late wife Rebecca, who passed away just 34 – in a heartfelt Instagram post of her own.

Kate captioned the images with the words: ‘2017…. the hardest but most rewarding year yet! Ups & downs but I have gained 4 of the most precious people. 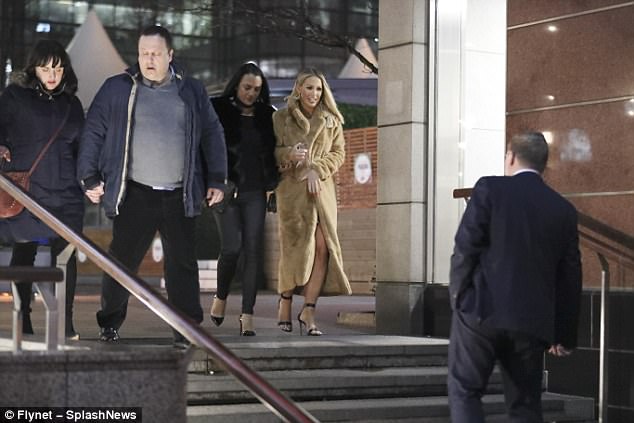 ‘Happy new year everyone, I hope your year is filled with health & happiness, keep your loved ones close.’

Recently, Kate was reportedly overheard telling a pal how happy the couple were together.

Despite having no plans to wed yet, she told a friend: ‘We are so happy together. It’s going really well,’ a source told The Sun. Kate has made a huge effort to get to know Rio’s children.

It seems to have paid off after a source revealed: ‘She was telling her friends how great everything is for her at the moment. Rio’s children love her. 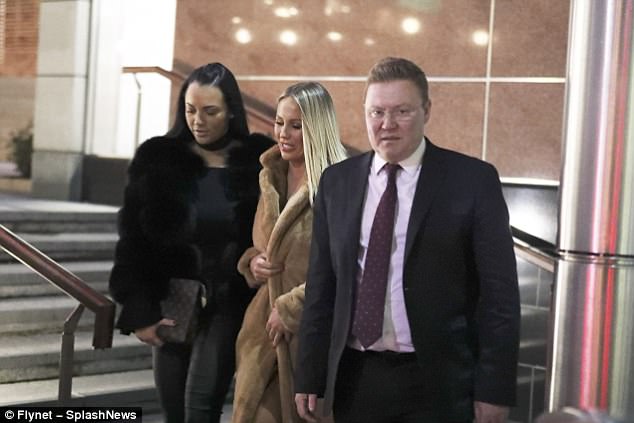 ‘She sees Rio as her soulmate — they have a real connection. She was saying she is happy to take a backseat with work and let his family be the priority.’

Rio spoke about his relationship with the former TOWIE star for the first time in a candid interview on This Morning in October.

While discussing his new book Thinking Out Loud he spoke in depth about overcoming grief and the ‘positive’ effect Kate has had on his life.

Rio lost his wife Rebecca in 2015 following a short battle with cancer aged 34 leaving him the primary caregiver to his kids. 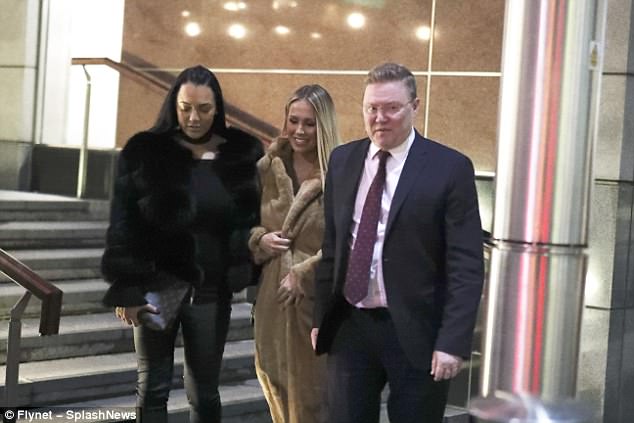