Singer Katharine McPhee has revealed that she and her husband, composer David Foster, have a great bond with Prince Harry and the Duchess of Sussex, Meghan Markle, and now that the couple are finally in Los Angeles, she hopes they can help them settle in.

McPhee said that her husband managed to reconnect with the royal couple after setting them up with their Canadian hideaway in British Columbia earlier this year and as a result, he and Harry now have a great relationship which can feel like family.

‘David is the resource guy,’ McPhee told Access Hollywood. ‘He knows all the places. He loves to help people. We just hope they end up somewhere where they feel like they can really settle down,’ she said of the couple’s recent move to the Golden State.

Katharine McPhee, 38, left, has revealed that she and her husband David Foster, 70, have a close friendship with Prince Harry and Meghan Markle. Access Hollywood’s Kit Hoover, right. 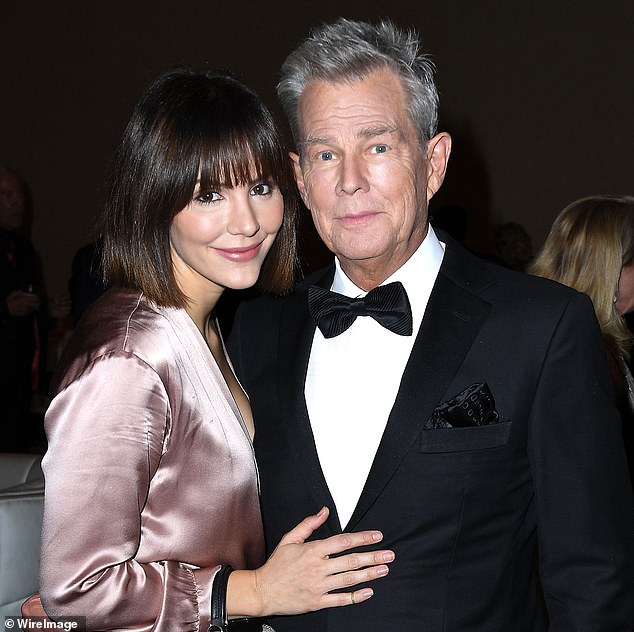 The couples met in London when McPhee was performing in a West End musical. Katharine McPhee snd her husband David Foster are pictured here in 2018 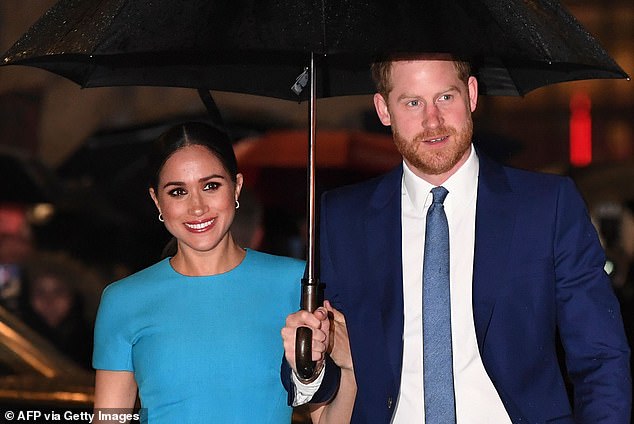 Prince Harry, Duke of Sussex, and Meghan, Duchess of Sussex are pictured in March

‘My husband has a really, really beautiful relationship with Harry. They’re so cute. They’re like father and son,’ McPhee said.

Canadian mining magnate Giustra, 62, is believed to have loaned the royal couple the home on Vancouver Island where they took time to finalize their plans to scale back their royal duties earlier this year.

Giustra is close friends with Foster, who arranged for the Duke and Duchess to stay at the luxurious home for six weeks.

‘I felt honored that I was able to help Meghan there because I’m a Canadian and we’re a commonwealth country. It’s important to us, so I grew up with that kind of sentiment,’ Foster said to DailyMail.com at the time.

‘I was really happy to be able to help them to find a respite just to take a little time off,’ he added.  ‘I know that it was reinvigorating for them to spend some downtime. This is a great testament to my hometown of Victoria that they were able to go under the radar for so long.

‘I was just happy through my friend to facilitate what I could for them, and it looked like they had a great rest. They’re a young modern family. I’m sure they want to balance their commitment to the crown and be a 2020 family.” 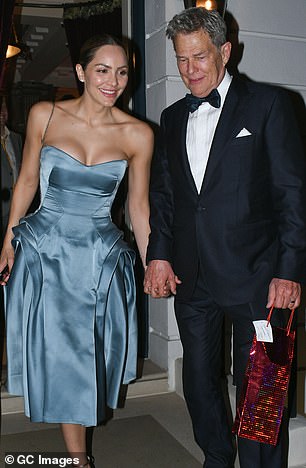 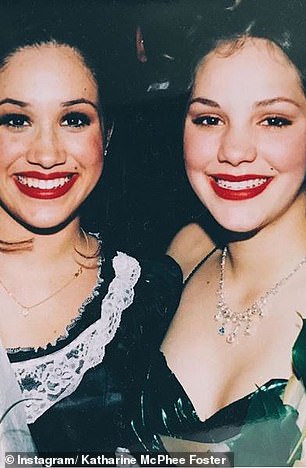 David Foster told DailyMail.com how his wife Katharine McPhee, 38, discovered that the Duke and Duchess were in need of a discreet spot for their first Christmas in 2019. McPhee (right) went to school with Meghan (left) in Los Angeles and the two did theater together growing up 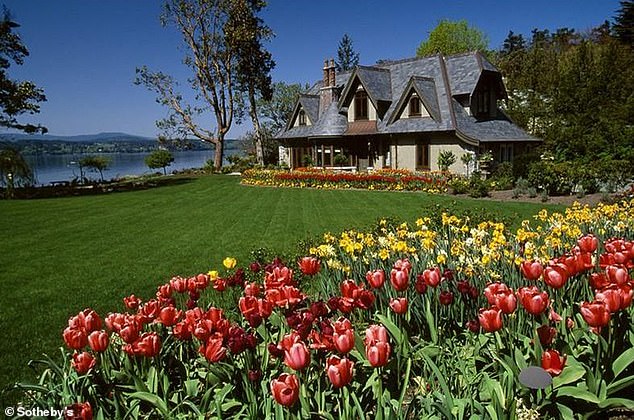 The home named Mille Fleurs, above, is where the royal couple finalized their plan to scale back their royal duties over the New Year, on Vancouver island in British Columbia

McPhee also revealed that she went to the same Catholic school as Markle, although they were not together at the same time. The Duchess of Sussex was already at high school by the time McPhee was at the Los Angeles middle school.

‘I did a couple of shows with her and she was always put together and great,’ McPhee recalled. ‘I was never really close friends with her.’

She said that while she was performing in Waitress the musical in London, she and her husband, Foster, 70, got to speak with Prince Harry and Meghan.

‘Meghan and I did musicals together as kids,’ McPhee wrote. ‘She grew up to be the Duchess of Sussex and I grew up to star on the West End, so same life if you ask me.’ 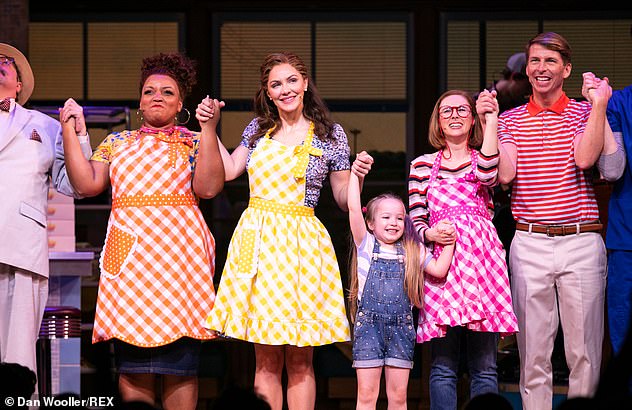 McPhee, in yellow said that while she was performing in Waitress the musical in London, she and her husband, Foster, 70, got to speak with Prince Harry and Meghan

From March 31 2020, Harry and Meghan stopped using their HRH styles and ceased to be senior working royals, in favor of a life of personal and financial freedom.

The couple, now living in Los Angeles where they have been in lockdown amid the coronavirus outbreak, are preparing to launch their new charitable organization Archewell – named after their son.

It will replace their now-defunct Sussex Royal brand, but plans to launch the venture have been delayed while the world battles the coronavirus.

American former actress Meghan became the first mixed race person in modern history to marry a senior British royal when she walked down the aisle two years ago.