The brother of one of Australia’s most notorious killers who beheaded her boyfriend and boiled his head in a pot is back on the street just days after he was charged with the sexual abuse of two young boys.

Neville Roughan, 71, was arrested last Thursday for allegedly plying the boys with drugs and alcohol so he could systematically abuse them over 14 years.

The former youth worker was dude for release on Tuesday night after prosecutors abandoned plans to appeal a magistrate’s decision to grant him bail.

He is the brother of Katherine Knight, 64, who was the first woman in NSW to be sentenced to life imprisonment without the possibility of parole after she murdered and skinned her boyfriend John Price in Aberdeen, NSW, in 2000.

Neville Roughan, 71, brother of one of Australia’s most notorious killers Katherine Price (pictured right with her victim John Price) is set to be released on bail after he was charged with the sexual assault of two young boys 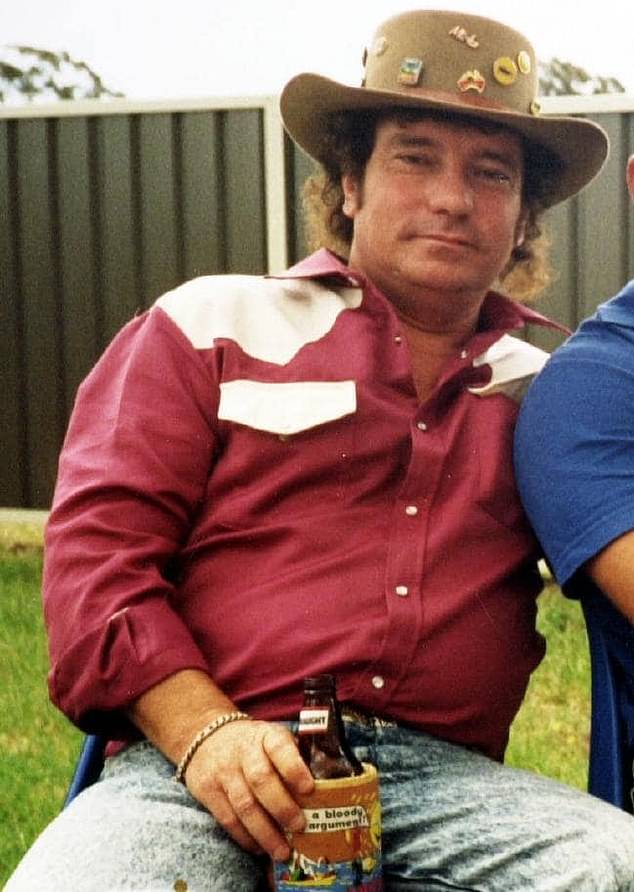 John Price (pictured) was 44 when he was stabbed 37 times, beheaded and skinned, and cooked in a pot with vegetables by his partner Katherine Knight in February 2000

Roughan was granted conditional bail by magistrate Brett Thomas after the alleged assaulter voiced fears his killer sibling’s notoriety would make him a target in jail.

Prosecutors quickly filed for a stay which bought them an extra 72 hours to keep him behind bars while they mounted a challenge.

However, on Tuesday afternoon the court was instructed the detention order application was no longer going ahead and Roughan would walk free.

The 71-year-old has been charged with 15 crimes, including six counts of sex with a person aged 10 to 16. 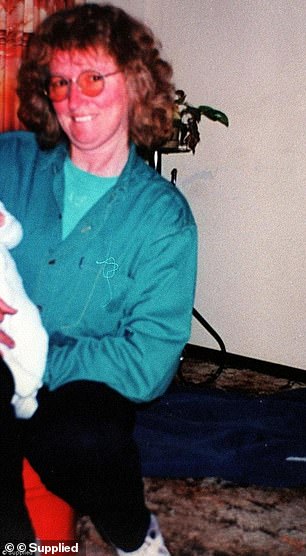 One of the boys was just 11 when the alleged abuse began and the other was 13, the Newcastle Local Court heard last week.

Roughan allegedly abused the boys over 14 years from 1990 to 2004, with two other alleged victims recently coming forward, the court heard.

Police alleged one of the boys travelled with him to meet then-Swansea MP Milton Orkopoulos, a convicted paedophile, in 2004.

Orkopoulos, who was still in office at the time, connected with Roughan through his now deceased brother Patrick Roughan, the court heard.

Neville Roughan successfully argued that due to his age, physical and mental condition, and connection to his killer sister, he should be released on bail.

The 71-year-old will be forced to abide by strict bail conditions until he faces court again on September 23.

Roughan is banned from being in the company of anyone under 18, contacting his alleged victims or leaving the Newcastle and Lake Macquarie local councils and will continue to report to police.

On the fateful night of one of Australia’s most horrific crimes, the then-44-year-old Knight stabbed her partner as he slept before skinning and beheading him.

Over the course of the sweltering night in February, the abattoir worker put her defacto husband’s head in a pot with vegetables and slow cooked it on the stove before making gravy. 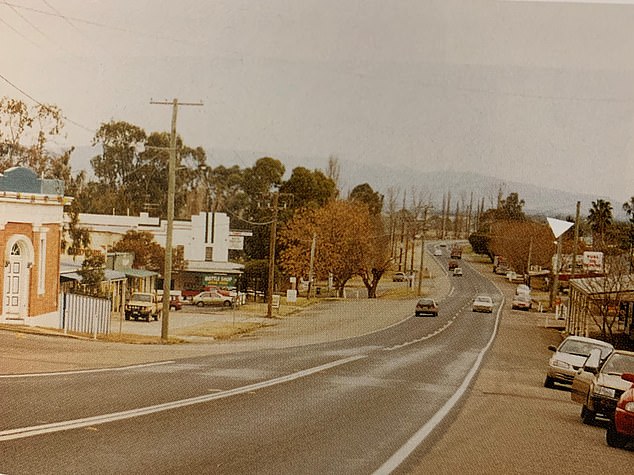 The main street of Aberdeen, the small town in the Upper Hunter region of New South Wales. Knight’s house is on the right as you exit town (the white arrow) 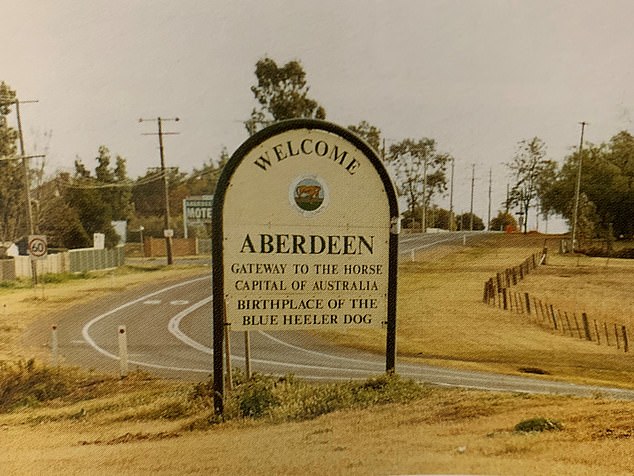 Knight had lived in Aberdeen in the Upper Hunter Region of NSW, (pictured) all her life

With her meal complete, she set the kitchen table and plated up her ‘stew’ along with ‘steak’ cut from his buttocks.

Next to each plate she left a note with the names of her victim’s three children.

When Price did not arrive at work the next morning worried friends went to his house, saw blood on the handle of his front door, and called police.

In a chilling twist, Price had mentioned to his colleagues that if he didn’t come in the next day he had been murdered by Knight.

The officers who were first on the scene that morning would never be the same, with some leaving the force just days later after seeing Price’s dismembered body.

Knight’s murder of ‘Pricey’ in the small town of Aberdeen, in the Upper Hunter region of NSW, was so horrific, premeditated, and devoid of mercy that a judge ordered her ‘never to be released’. 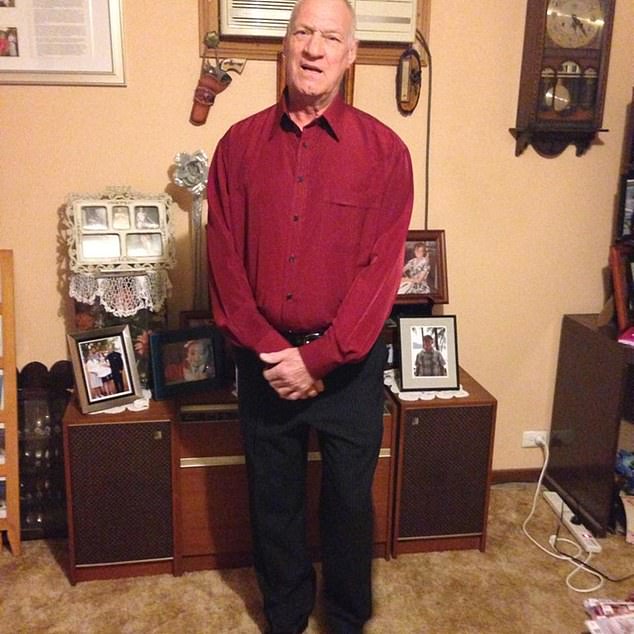 John Chillingworth (pictured) who began dating Knight in 1990 and had a son with her, revealed he had visited the convicted killer in Silverwater jail 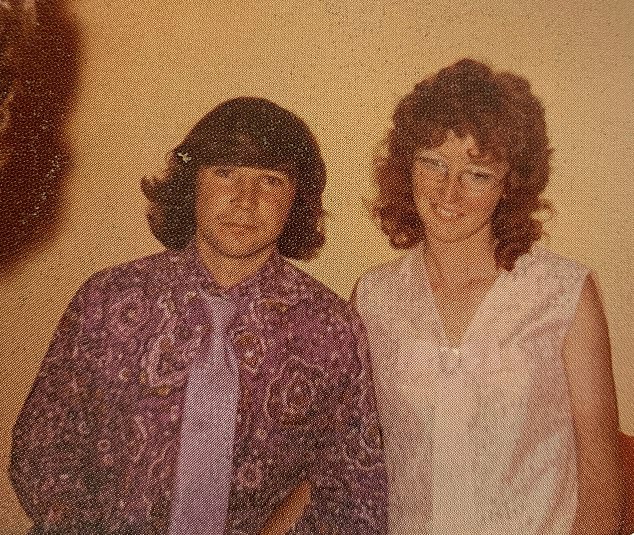 Last year on the 20th anniversary of one of Australia’s most horrific crimes, another ex-boyfriend John Chillingworth revealed he still visited Knight at Silverwater jail.

Mr Chillingworth said the killer ‘had never been better’ and did pottery and painting classes with other inmates who have nicknamed her grandma.

‘She’s aged a bit, a hell of a lot actually. She looks older in the face and her hair, it’s not fiery red it’s grey now. She’s also put on a little weight,’ he said.

Knight and Mr Chillingworth began dating in 1990 and by March of the next year welcomed a son.

He claimed when his former girlfriend realised the severity of what she had done to Price, she was horrified and ‘wanted to kill herself’.

‘Everyone made Pricey out to be some angel, but Pricey was never an angel. What happened to him was the worst imaginable, it was horrific, but it was a volatile relationship. I knew him well, years before he was seeing Katherine,’ he said.

‘I think everyone deserves a second chance.’

On the night of the murder Price was stabbed 37 times as he returned from the bathroom after the couple had sex.

‘He wanted sex so we had it. He was gentle and kind… (after) he went to the toilet. He was walking back to bed and that’s it,’ Knight told investigators.

In this police photo blood can be seen covering the walls of the hall inside Price’s home, where Knight had dragged his body after killing him

After having sex Knight fatally stabbed Price an estimated 37 times, before dragging his body out of the bedroom and down the hall to the front door

She then dragged his lifeless body out into the hall, leaving a trail of blood as she goes, and began to skin him and later behead him.

After preparing dinner and setting the table, Knight attempted to overdose on prescription drugs and was found by police asleep on the couch the next day.

Knight initially pleaded not-guilty to murdering Price and stood trial before the NSW Supreme Court at Newcastle, but on the fourth morning of the trial changed her plea to guilty.

She was sentenced to life imprisonment, never to be released.

Knight appealed against her sentence in 2006 but it was dismissed. She is 64 and will die in jail.