Katherine Ryan shares photo of Irish passport ahead of referendum

Katherine Ryan has been called a ‘legend’ by fans for her sassy response to a troll who told her to ‘keep her nose out’ of Ireland’s abortion referendum.

The Canadian comedian, 34, was targeted on Twitter by a troll who suggested Ireland’s laws were none of her business, after she publicly backed the campaign to repeal the 8th amendment to the country’s constitution, which makes abortion illegal except where the mother’s life is is in danger.

Katherine, whose father and grandparents are Irish, fired back with a photograph of her Irish passport, and the reply: ‘Keep your nose out of my d***’.

Her fans heaped praise on both her tweet and her public stance on the issue, liking and sharing her message thousands of times.

On Friday Irish citizens will have their first opportunity in 35 years to give women legal access to abortion in their country.

Katherine Ryan, 34, shared a snap of her Irish passport when she was told not to get involved in Ireland’s abortion referendum 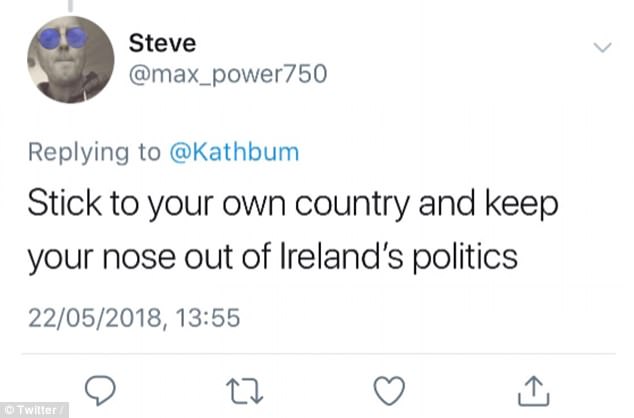 UK-based Katherine has Irish grandparents and is entitled to hold an Irish passport.

She has been very vocal in her support of the Yes vote, and has been targeted online by No campaigners.

Katherine, who spent summers in Cork growing up, defended her right to hold an opinion on Irish politics with her quick-witted tweet on Tuesday.

Her photograph showed her proudly posing with her passport with a cheeky grin on her face.

One fan replied: ‘Every second of preparing that tweet must have been joy!!’ 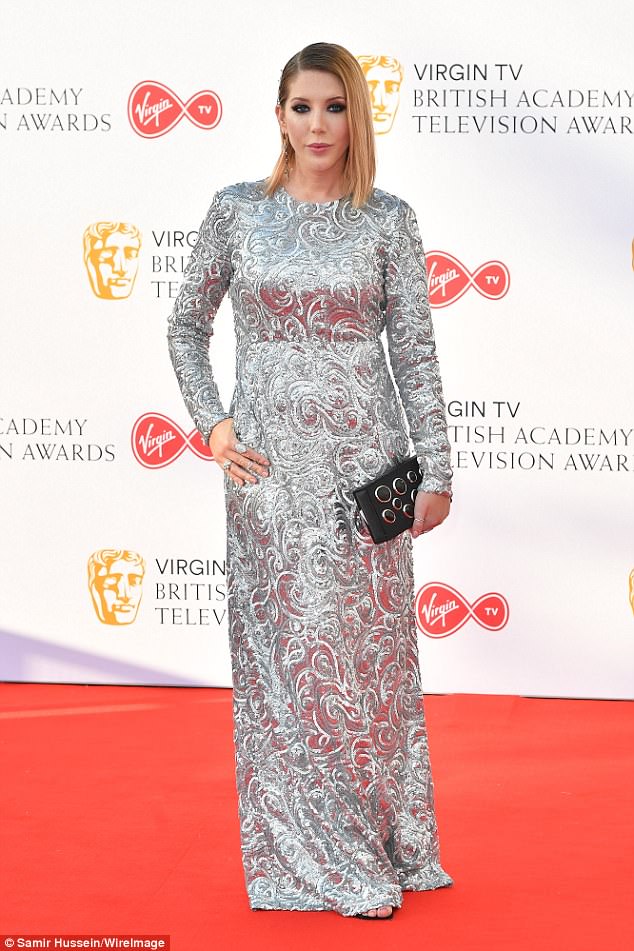 Canadian Katherine, who lives in the UK, has Irish grandparents and so is entitled to hold an Irish passport

She also fired back with an expletive-ridden response, which was praised by her followers 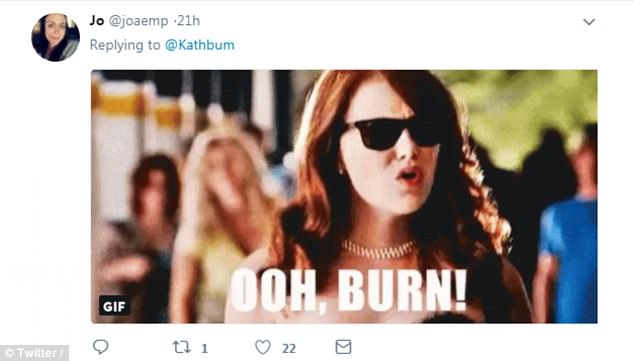 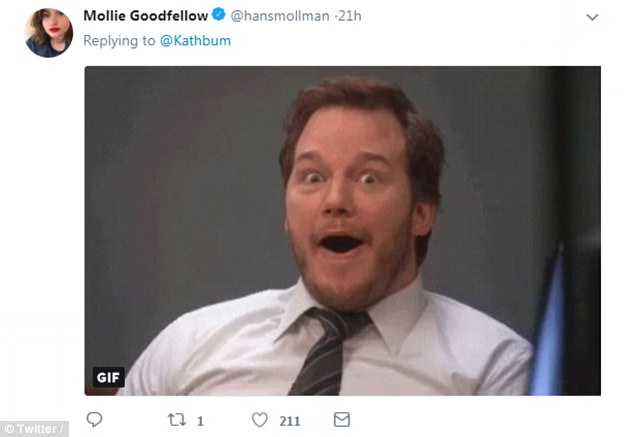 Her Twitter followers loved the sassy response, and praised Katherine for standing her ground

A third said: ‘I didn’t think I could love you more, but then you do this. Queen.’

The polling average for the referendum has narrowed since the start of the year, with many voters still saying they are undecided, although the Yes camp has retained a healthy lead in recent surveys.

Irish people living abroad have started jetting in from across the world, sharing their emotional accounts of why they’re #hometovote on social media, with some travelling from as far afield as the US, Vietnam, Dubai and Bali to have their say in the referendum.

Pro-choice student unions – including those at Cambridge and Oxford University – are offering up to £110 to Irish students to travel home and cast their vote as polls show this Friday’s result is far from certain.

An opinion poll this week revealed that at 47 per cent, those supporting the legalisation of abortions for pregnant women up to 12 weeks only had a narrow lead.

WHAT IS THE LAW ON ABORTION IN THE REPUBLIC OF IRELAND?

Abortion is illegal in Ireland even in cases of rape, incest and severe foetal abnormality.

It can only be authorised by doctors in cases where the mother’s life is deemed at risk either by suicide, medical emergency or physical illness – for example, if continuing a pregnancy would mean delaying treatment for cancer.

However, women can’t be prevented from travelling abroad to access abortion services.

In the notorious ‘X case’ of 1992 Ireland’s then attorney general banned a suicidal 14-year-old who was pregnant as a result of rape, from leaving the country for an abortion.

The Supreme Court eventually overturned the decision, ruling that a woman did have the right to travel if her life was in danger.

Ireland’s abortion laws also came under the spotlight in 2013 when Savita Halappanavar, 31, sought an abortion as she was in severe pain and miscarrying.

She was refused because the baby’s heart was still beating, and died from septicaemia.

Doctors feared being prosecuted for aborting a live foetus as Irish law carries a 14-year jail penalty for anyone convicted of carrying out an abortion.

Since 1980, more than 170,000 women have travelled to the UK from Ireland to access abortion services.

An upcoming referendum on 25 May will offer voters the first opportunity in 35 years to overhaul one of the world’s strictest regimes.