KATHRYN FLETT’S My TV Week: This vivid tale of friendship can’t fail to move you 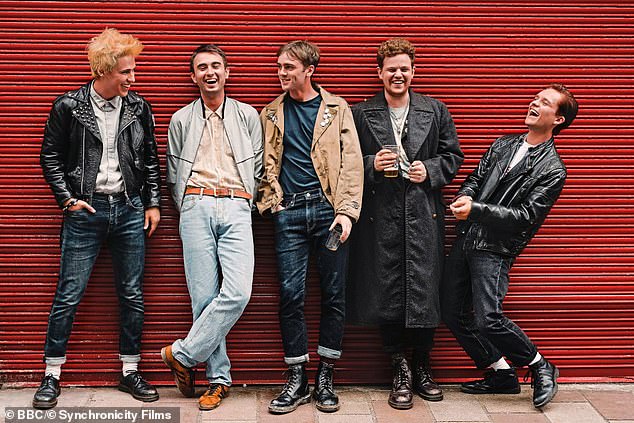 Living in London and a successful writer in middle age, Jimmy (Line Of Duty’s Martin Compston) will always be ‘Noodles’ to his mates on the Ayrshire housing estate where he grew up. He remains connected to those roots via his oldest friend Tully (Ray Donovan’s Tony Curran), whose trajectory has kept him in Scotland, working as a secondary school teacher and living with lawyer Anna (After Life’s Ashley Jensen).

As adults, Jimmy and Tully have clearly busted out of childhoods that were freighted with low expectations. However, there is a sense that the ongoing friendship with Tully (who still plays in a post-punk band) might be Jimmy’s nostalgic attempt to ‘keep it real’; a friendship largely fuelled by heady memories of a weekend in Manchester in 1986 when they behaved as well as you’d expect a bunch of lads to behave off the leash at the Haçienda club, watching New Order. It’s not quite Trainspotting territory, but not far off, while their adulthood quoting Shakespeare at each other is somewhat further away (Antony And Cleopatra’s ‘Make Death proud to take us’ is particularly resonant). 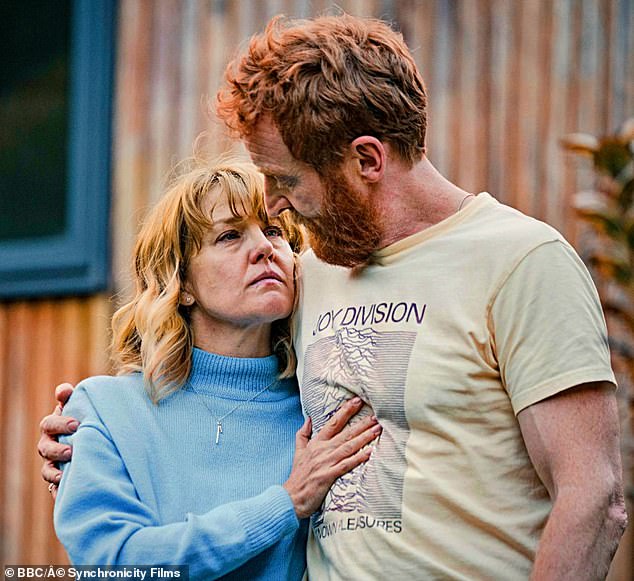 Jimmy’s oldest friend is Tully (Ray Donovan’s Tony Curran), whose trajectory has kept him in Scotland, working as a secondary school teacher and living with lawyer Anna (After Life’s Ashley Jensen, pictured)

This adaptation of Andrew O’Hagan’s novel of the same name by actor-turned-screenwriter Andrea Gibb depicts the stories of young Jimmy and Tully in flashbacks. However, the structure of O’Hagan’s novel was different – the first half concentrated on the intensity of their youthful friendships and difficult parental relationships, thus successfully priming us for the adults, which might have been a fresher approach. Personally, I feel we needed to fall a little bit more in love with those lads before we could wholly empathise with them as middle-aged men.

As adult Tully absorbs his terminal cancer diagnosis, reaching out to Jimmy for a solution that will indeed (perhaps for both men) ‘make Death proud to take us’, it’s impossible not to be moved. Whether it’s a journey viewers will want to share at the end of a year when so much feels so bleak is arguable. But if you’ve got this far and are contemplating whether to watch it on catch-up, I’d say go for it.

Is Mayflies-the-TV-show as great as Mayflies-the-novel? No, but that doesn’t mean it isn’t good. My criticisms are mostly back-handed compliments: for a man dying of cancer Tully looks robustly healthy; and Ashley Jensen, as Anna, is so watchable that her every scene can’t help but make viewers connect more with her character’s arc than that of Tully. At which point, the fresh, vivid and touching exploration of male friendship that lies at the heart of O’Hagan’s novel is slightly compromised.

Is it Marie Antoinette… or Meghan? 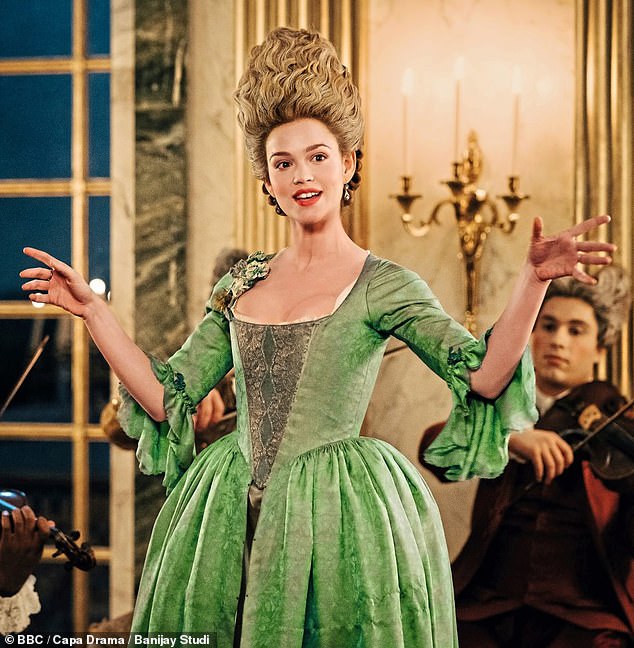 Imagine a beautiful young woman marrying into a foreign royal family; with everybody’s expectations of this new alliance unexpectedly high, she tries to assimilate… with eyes wide open, a trembling bottom lip and heart on her couture sleeve.

Yet her efforts are scuppered. The new local customs are unfathomable and she’s faced by a wall of regal po-facedness, which is so hard to navigate, especially for a young woman who loves to hug.

Some younger members of the new family do reach out, but many of the older guard are unwilling to ensure her mental health and happiness take priority over their own family’s larger agenda. Meanwhile, in her bedroom there looms large a portrait of a luminously beautiful woman. It is her new husband’s late mother, ‘whose memory is sacred to everybody who served her’, she is told. Will she survive this daunting new regime, or bolt back home?

Yup, it’s hard not to assume that Deborah Davis perhaps looked more to California than to Austria when writing BBC2’s glossy, allegedly ‘feminist’ take on the life of Marie Antoinette (bewitching Emilia Schüle). But the French have a useful phrase for it – plus ça change; same old same old – and if Davis’s ‘truth’ isn’t actually Marie-as-Meghan’s truth, I still enjoyed every breathless minute of it.

I have very happy memories of Call The Midwife’s first Christmas Special. I was there on set during its filming as chaperone to my eldest son, who was playing a cub scout alongside Miranda Hart’s Akela, Chummy. And when it finally aired on Christmas Day in 2012, I watched it sitting beside (on the first/only occasion) my half-brother, my two sons and my parents, who’d been divorced since 1973. Now my parents are gone and the ‘cub’ is in his last year at university, so this year’s special (Christmas Day, BBC1) triggered a few happy/sad/bittersweet memories. As did its central message – that ‘families’ are not simply people we inherit but those we’ve chosen, too.

It lacks a classic theme song, but The Boy, The Mole, The Fox And The Horse (Christmas Eve, BBC1) is the new Snowman (spoiler: there’s flying). I haven’t read the bestseller it’s based on (central tenet, #BeKind) but it’s touched many – the producers include Star Trek director JJ Abrams, actor Woody Harrelson and iPhone designer Jony Ive. Meanwhile, I was distracted by The Boy being outside in all that snow, for days, without a coat. 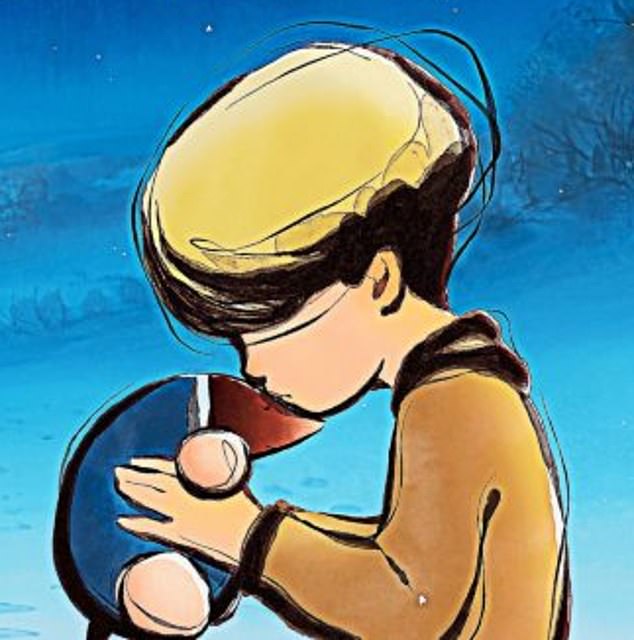 It lacks a classic theme song, but The Boy, The Mole, The Fox And The Horse (Christmas Eve, BBC1) is the new Snowman (spoiler: there’s flying)