Katie Price took to Instagram on Tuesday to share a snap from her sunny beach walk in West Sussex.

The TV personality smiled for a picture with her black German Shepherd Blade, who sat by her as she held onto his lead.

The 43-year-old kept it casual for the outing, donning a charcoal, velour matching tracksuit with a blush pink gilet.

Beach day: Katie Price, 43, enjoyed a sunny walk on the beach with her German Shepherd Blade on Tuesday in West Sussex

She sported white trainers whilst on the pebbly beach, with her lengthy blonde tresses falling behind her ears in a straight style.

Katie appeared to have a subtle makeup look on, with her complexion looking dewy alongside her tattooed eyebrows.

She seemed in high spirits for the snap, as Blade enjoyed himself while sitting with a red ball in his mouth. 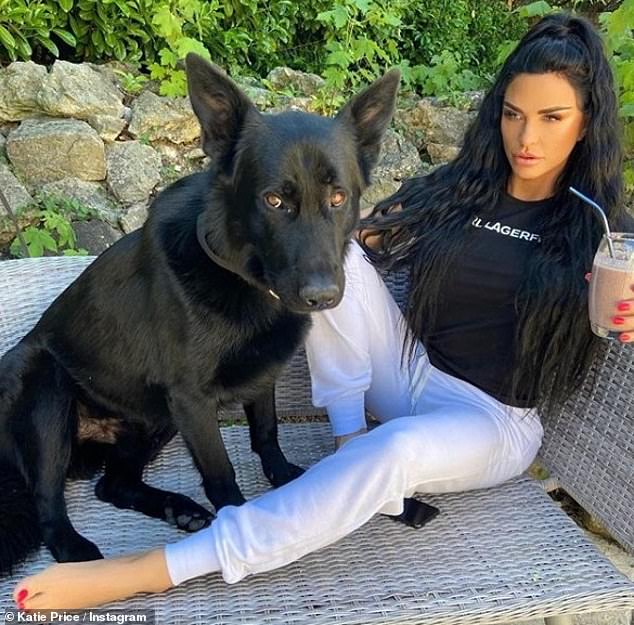 Part of the family: The reality star has had her dog Blade, who is trained as a protection dog, for three years 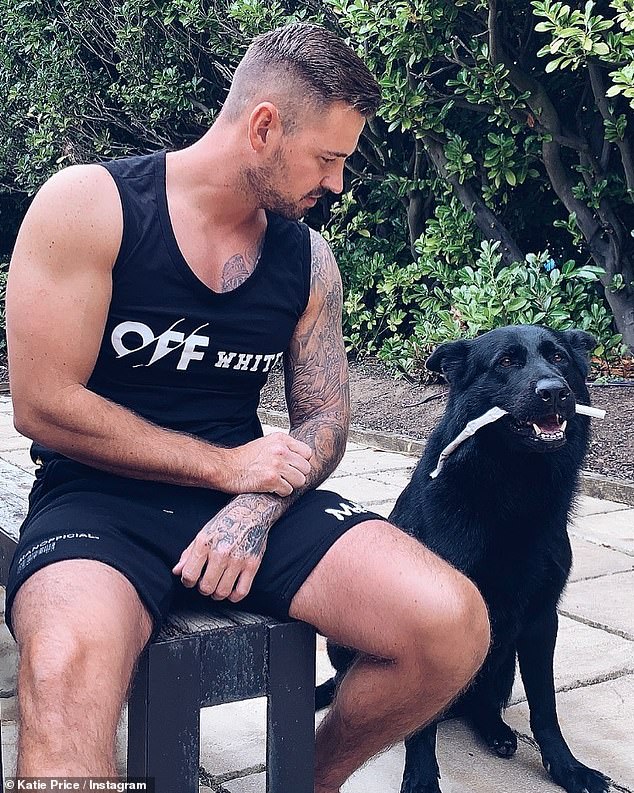 Protection: She also has a black german shepherd Okra, who she welcomed to the family in 2021 to ‘guard the home’ – admitting she feels safer with the pooches there

The former glamour model captioned: ‘Love walking my dog blade on the beach’

Katie has had Blade for three years, and also welcomed another black German Shepherd, named Okra, to the family in 2021 to ‘guard the home’.

A source told The Sun that Katie feels safer having the trained dogs around, explaining: ‘Having both Blade and her new dog Okra around will help make Katie’s home feel safer after it was burgled and she was assaulted’

Her post comes after the news that Katie could be set to be in a wheelchair for three months – as she is set to undergo surgery on her feet. 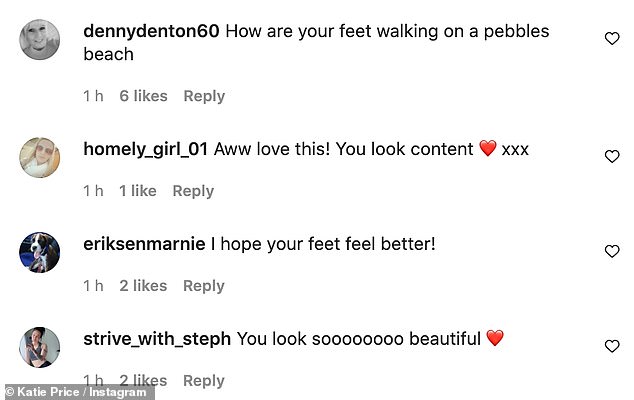 Surgery: The post comes after reports that Katie could be set to be in a wheelchair for three months – as she is set to undergo surgery on her feet, with her followers taking to the comments of her picture to check on her

And fans seem to be worried about her, asking how her feet were doing in the comments of the picture.

One wrote: ‘How are your feet walking on a pebbles beach’

‘How are your feet Kate after your injections,’ questioned another.

Katie has revealed that she is in ‘constant pain’ after a serious accident in 2020 causing her to break both her feet while on holiday in Turkey and is still suffering from the incident.

The mum-of-five misjudged a drop and fell 25ft while abroad causing her to serious fracture her feet.

An insider told The Sun that her feet never healed properly and she has now been warned that it is important that she takes the recovery seriously this time.

They continued: ‘This time she’ll have to take her recovering really seriously – staying off her feet for three months, using a wheelchair, not wearing high heels.’ 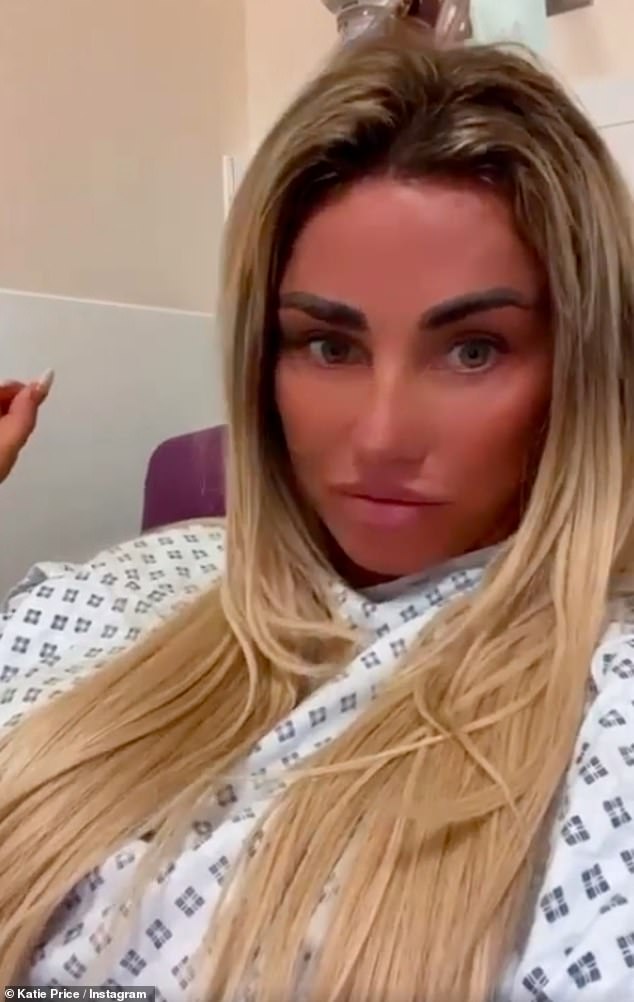 Nightmare: An insider told The Sun that her feet never healed properly and she has now been warned that it is important that she takes the recovery seriously this time