‘I feel very, very lucky to be alive’: Kerry Katona’s mother Sue, 61, reveals she suffered a string of terrifying heart attacks which saw her rushed to hospital

By Owen Tonks and Callum Wells For Mailonline

Kerry Katona’s mother Sue has admitted she’s lucky to be alive after suffering a number of heart of attacks over a period of a ‘few weeks’.

Former Atomic Kitten singer Kerry, 41, revealed her mother was in hospital after a string of heart attacks last week.

And Sue, 62, has now described the situation as ‘scary’ and ‘intense’ saying she may not still be here if it wasn’t for eventual medical intervention.

Speaking out: Kerry Katona’s mother Sue, 61, has admitted she’s lucky to be alive after suffering a number of heart of attacks over a period of a ‘few weeks’ (pictured in 2018)

She explained to OK! magazine: ‘I had a tight chest and a pain in my left arm, so I was using the medication I usually take for angina, which is a spray I put under my tongue…

‘But this time I felt that something wasn’t right. I kept getting a weird pain in my throat and I couldn’t get my head around it.’

She said she had been experiencing pain about twice a week before they became more severe last Thursday. 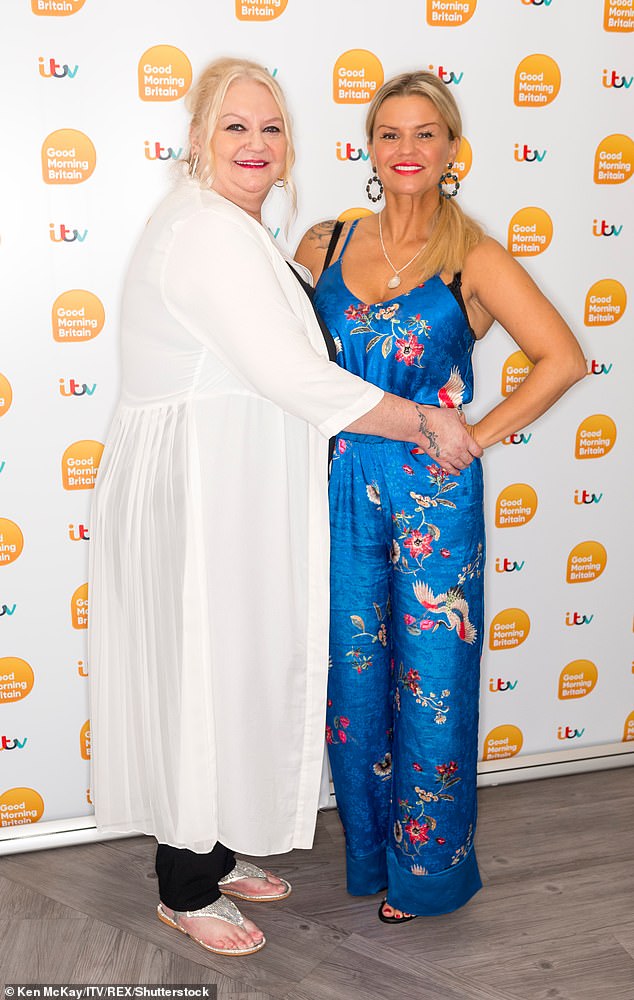 She added: ‘I was in pain throughout the Wednesday night, right up until Thursday morning. By this point, I knew something was seriously wrong, so I ended up phoning an ambulance and they took me in.

‘They did lots of tests on me and that’s when they told me I’d suffered a heart attack.’

Sue said the doctor told her she’d had a series of small heart attacks in the few weeks prior to her going in to hospital and described the news as a ‘shock’.

She concluded: ‘I live alone and it’s scary. I feel very, very lucky to be alive.’

Sue’s update comes after Kerry took to Instagram on Saturday to assure her parent was ‘doing okay’ but had ‘a huge huge scare’.

The former I’m A Celebrity… Get Me Out of Here! campmate told how her mother has requested she tell her 798,000 followers the terrifying news. 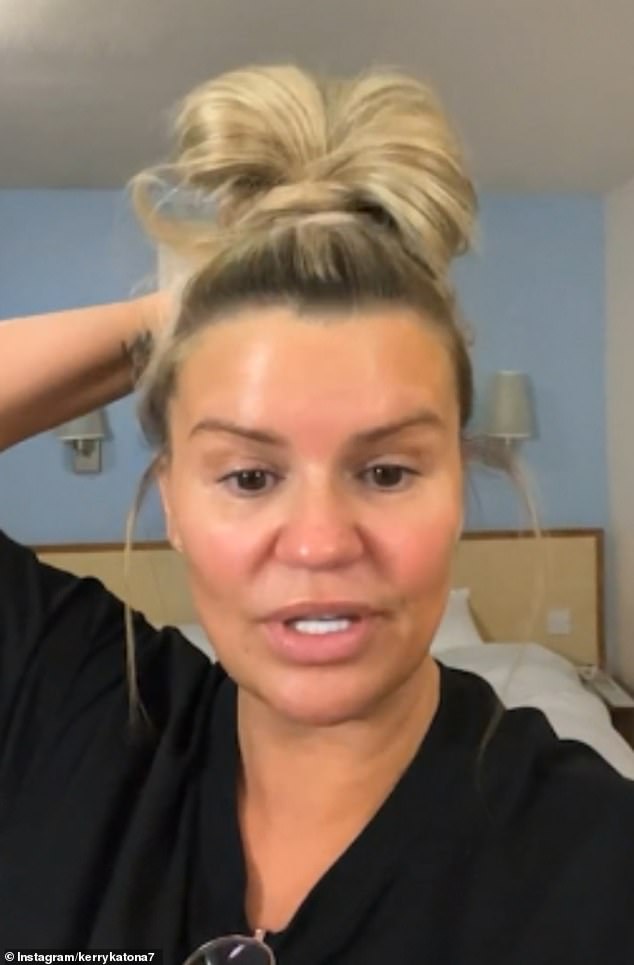 ‘We’re all a little bit shook up by it’: Kerry revealed on Saturday that her mum was rushed to hospital after suffering another heart attack on Thursday

The ex Celebrity Big Brother contestant began: ‘Just letting you know for those who aren’t aware, my mum suffered a heart attack on Thursday.

‘She is in hospital as we speak, but she wanted me to let you know she is doing OK. She’s in the best place for her.

‘I’m in the middle of a tour at the moment so I can’t even go and see her right now. 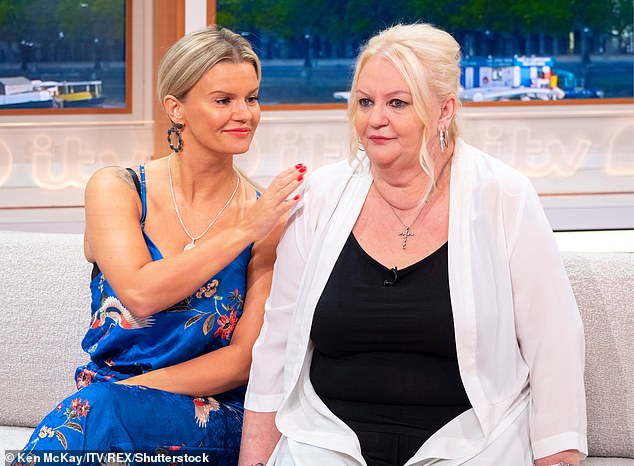 Worrying: The former pop star shared a video on Instagram assuring that her parent is ‘doing okay’ but had ‘a huge huge scare’ (pictured 2018)

‘Big scare. Huge… huge scare and we’re all a little bit shook up by it. But she’s in hospital, she’s in the right place and all the kids are going to see her today with Ryan [Kerry’s fiance].

‘I’ve got two shows and then another two shows to do tomorrow. It’s been great fun this panto but I can’t wait to get home and see my mum.’

She went on to reveal her mum had suffered multiple heart attacks in the past.

In her caption, the TV personality wrote: ‘@suekatona my mum is doing well and is in the best place!! Gave us all a massive scare xxxxxx.’ 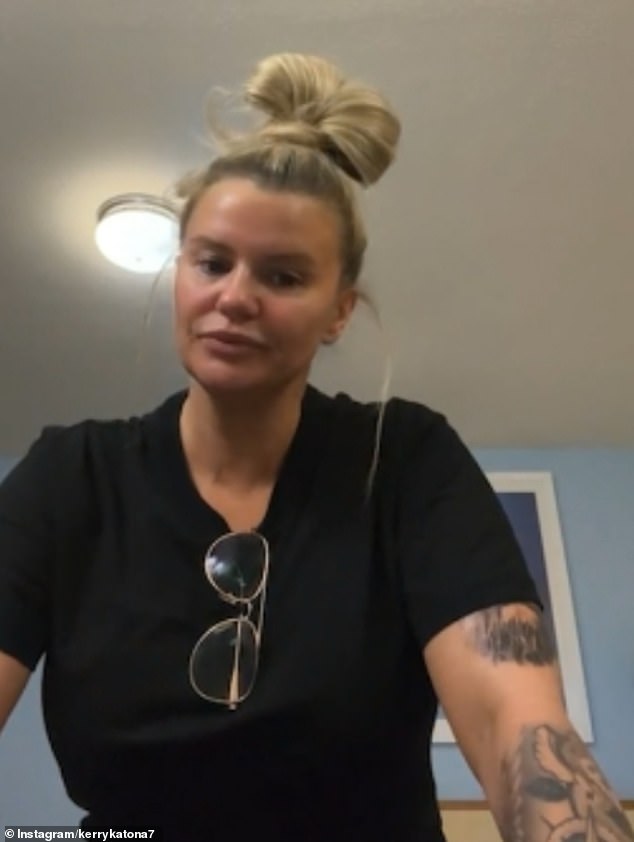 Announcement: Taking to the social media platform, she told how her mum has requested she tell her 798,000 followers the terrifying news